I remember Akiba’s Trip: Undead & Undressed quite fondly. I only gave it a 6/10 on both the Vita and PS4 but my overall memory of it is it just being a bit of silly fun. Now Akiba’s Trip: Hellbound & Debriefed has come to PS4. It’s not a sequel as you might imagine but the PSP game that came before it which never left Japan. I played it on my PS5 thanks to backwards compatibility and let me tell you, playing a 2011 PSP game on a large television through a PS5 is an experience. 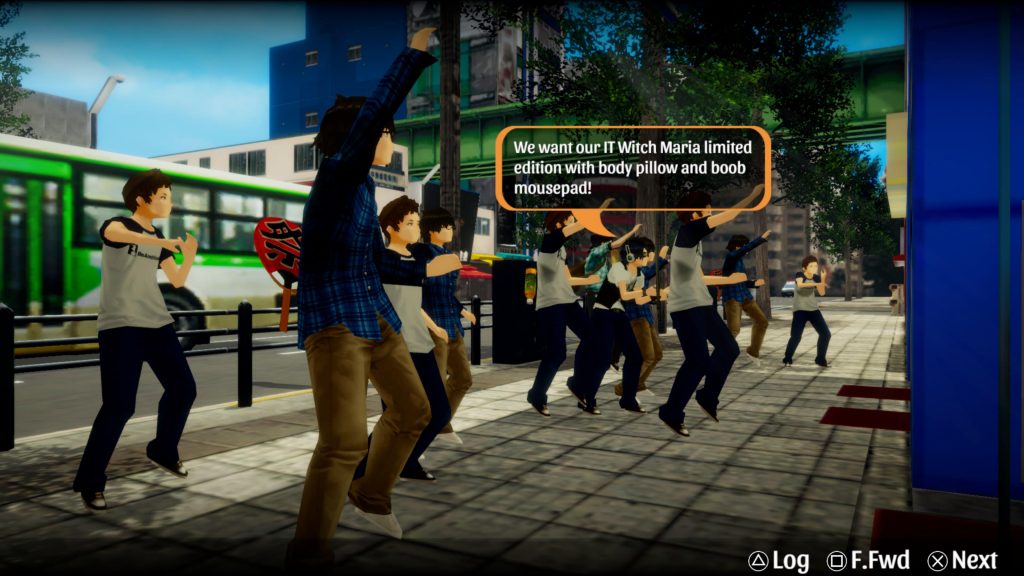 The game starts with your friend missing. You go to look for him and find him half dead in an alley and his assailant turns his attentions to you. You’re easily struck down and left for dead, when a young girl approaches you, bites her lip and feeds you her blood. She has just saved you, but in the process she has changed you into a Shadow Soul. Much like the Synthisters from the last release you’re basically a vampire – very strong but weak to sunlight. Not to the point of avoiding it entirely, but if you’re naked in the sun then you’ll die.

So begins an adventure, trying to figure out who the girl was, what’s the Shadow Souls’ plan with Akihabara and who are these NIRO Agents that are wandering around. In reality these threads don’t really come to anything until the very end of the game with the early parts being pretty devoid of any meaningful story. What it does set up though is the ability to strip everyone to their underwear, both to defeat them and obtain their clothes for yourself. 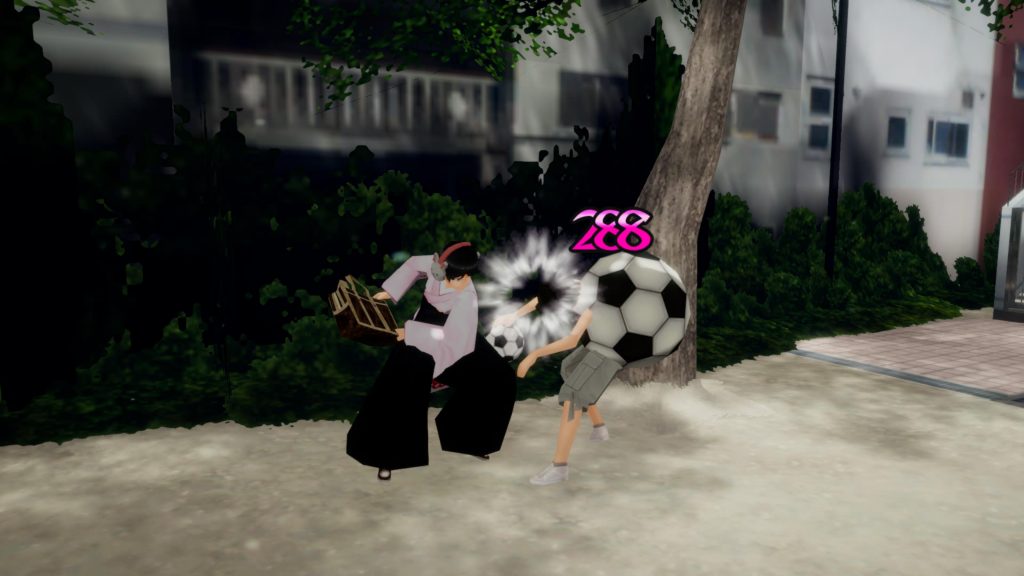 Primarily all you do in the game is fight people. You do this in a very simple beat ’em up style, with the ability to attack high, mid or low depending on which button you press. Attack high and you’ll weaken their head gear, attack mid and you’ll damage their upper body clothing and low will make their lower body vulnerable. Once they’ve taken enough damage you can hold down the respective button and remove that piece of clothing and if you’ve weakened other parts you can combo them together. Naturally the enemy can do the same to you.

This is where a collectible element to the game comes in. Initially you will only be able to remove basic clothing whole, other clothing will rip and be useless when you take it off. You can gain the ability to remove more exotic clothes by purchasing the ability in shops or completing certain side quests. There are hundreds of pieces of clothing and weapons in the game to collect and although they have their own basic stats you can upgrade whatever you want which is one of the games strengths. 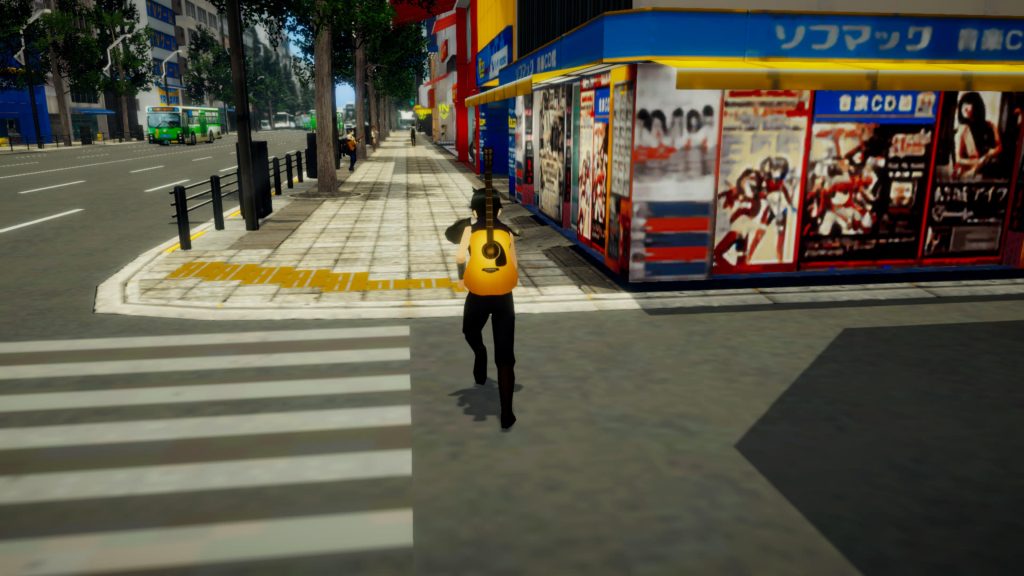 It might be the only one however. The combat, as in the sequel, is clumsy and basic. You’ll often be fighting multiple opponents but the game can’t handle that, not knowing who you want to hit and sometimes just attacking nothing. The camera too struggles massively with keeping the action on screen. Undead & Undressed wasn’t great but this is worse by far. Considering it’s the main component of the game that’s a real problem.

The main story is quite short, though there are multiple roots for you to go through, but it’s padded out by side quests which pretty much exclusively involve, you guessed it, fighting. There are some that need you to buy things but that is arguably worse as you just have to bounce between the shops in each small zone trying to find what you’re looking for. Akihabara isn’t the fun place to run around as it was before, with very basic streets, very few pedestrians and a general lack of atmosphere. 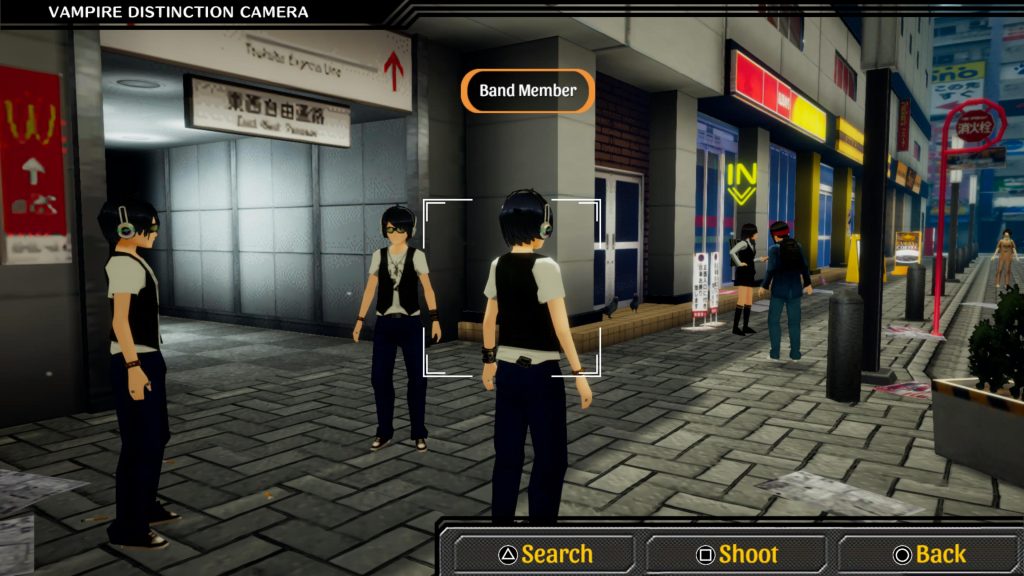 The PSP visuals don’t appear to have been touched up at all, so everything looks incredibly basic. The character models at least look solid but the environments are full of muddy textures and simple shapes. It’s not a looker. The 2D artwork is alright if sporadic, though there are some animated sequences that are decent. The English voice acting is okay, about on par with what I remember of the sequel but you can listen in Japanese too if you’d prefer.

I don’t know whether my tastes have changed in seven years or whether the sequel is just much better but whilst my memories of Undead & Undressed are reasonably fond ones I could not wait for Hellbound & Debriefed to be over. The story is irrelevant, though I remember the sequel feeling similar, the combat was weak back then so now it is awful and thanks to the visuals not being updated at all just exploring and interacting with Akiba itself is nowhere near as enjoyable. Maybe fans of the sequel will get some joy with this as it has a similar amount of content in that the playthroughs themselves are short but there are multiple stories and lots to collect. 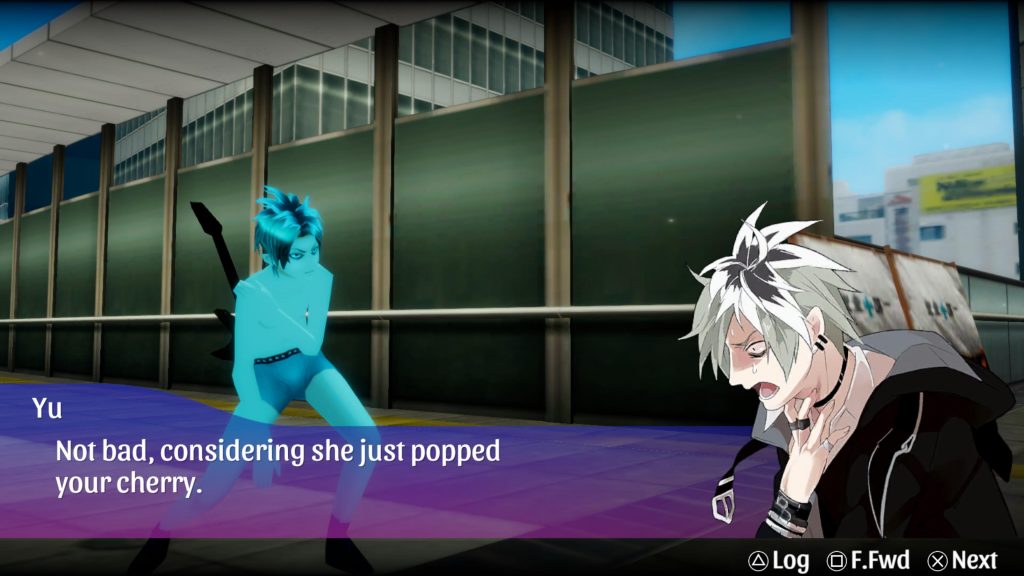 For me, Akiba’s Trip: Hellbound & Debriefed is very hard to recommend and after the incredibly dull Akiba’s Beat I wonder if it’s safer to just savour the fond memories that I have of my first experience of Akiba and move on. Subsequent visits have been disappointing to say the least.

Akiba's Trip: Hellbound & Debriefed
5 Overall
Pros
+ More silly gameplay
+ It's (a low poly, blurry, empty version of) Akihabara!
+ Lots to collect
Cons
- Visuals have not been updated at all from the PSP version
- Akiba has lost a lot of its atmosphere
- Combat is very weak
- Side quests are dull
Summary
Akiba's Trip: Hellbound & Debriefed is a re-release of a ten year old portable title and it shows. Apart from being weak on a technical level the combat is basic, the story is lacking and the side quests are repetitive. Not a patch on the sequel, but major fans might get some joy out of it.