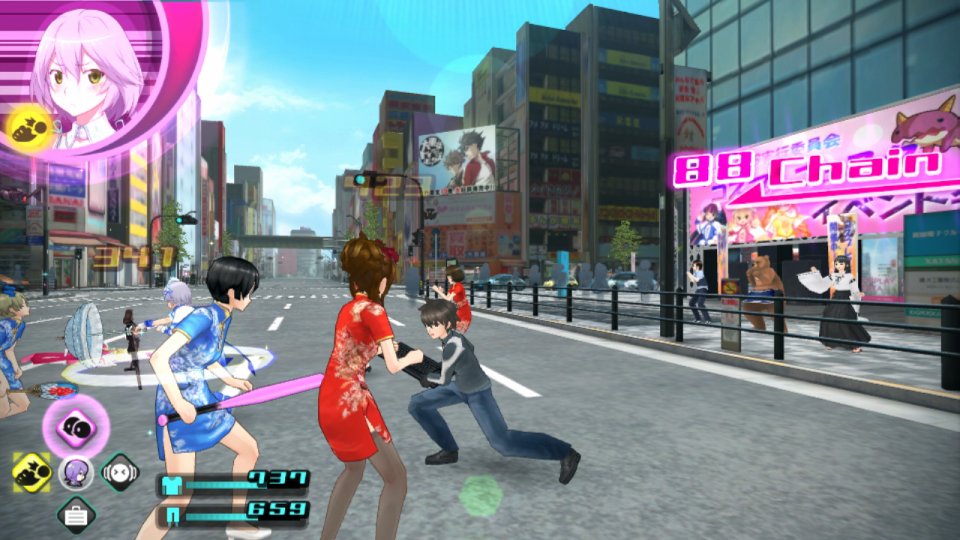 Akiba’s Trip: Undead and Undressed is a JRPG from Acquire and you’ve probably got an idea of what it’s about just from reading the title. If not let me help you some more. Akiba’s Trip. Akiba Strip. Yeah, it’s an unusual game.

You start the game strapped to a table after being turned into a Synthister, which is basically a vampire. Luckily you’re saved from the final stage of the transformation by a girl who teaches you how to fight and control your more evil urges. However, now you’re a synthister you have a weakness – sunlight. Not if you’re wearing clothes though, only if you’re naked. All other synthisters have the same weakness and it turns out even if you strip a normal person while fighting they’ll freak out enough that you’ll win. 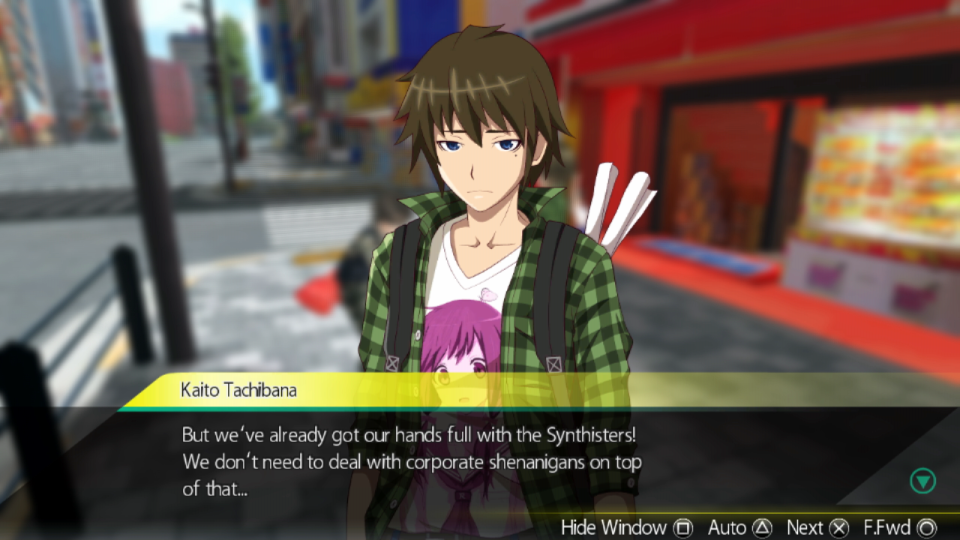 Considering it takes up such a major part of the game the combat in Akiba’s Trip is very weak. The lack of moves at your disposal along with the terrible lock on system and camera means fighting more than one enemy is a chore as you can easily get outnumbered and you just have to run away to get some distance. I’d just like to put the developers in front of the Batman Arkham games for ten minutes and I’m sure they’d understand how limiting it is in their game. 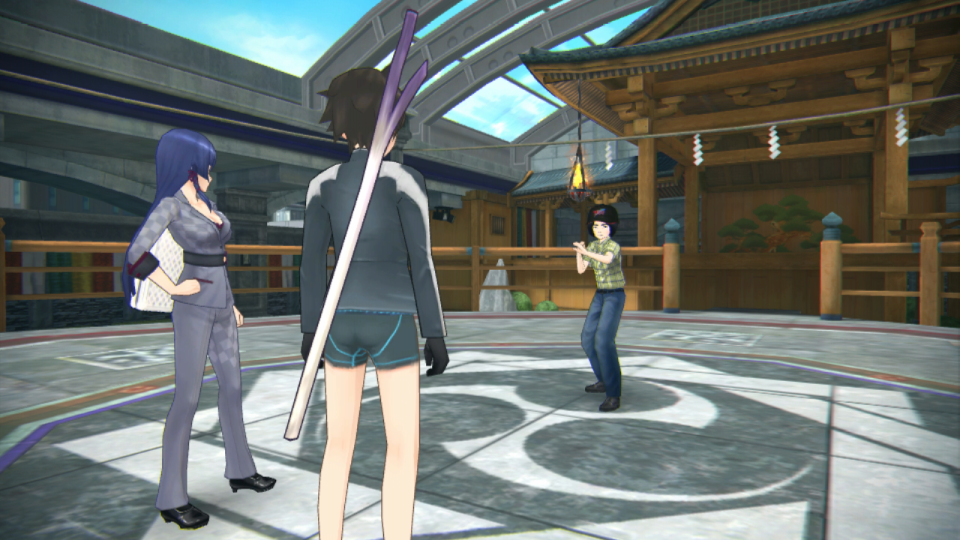 There are positives in other areas though. The streets of Akiba seem to have been recreated well, at least in terms of atmosphere (I can’t say for sure, I’ve never been) with real life shops and trailers for other games playing on big screens and the mission structure where you can just go into the menu and see what is available makes finding things to do super easy. A fast travel system makes getting around really quick too so you’re never meandering about for long. The only major negatives within the city are a lack of activities and the fact that NPCs take a good five or more seconds to load in as you enter an area, which isn’t great if you’re looking for a specific person and you run past their location because the game hasn’t loaded them in yet.

There is a rather basic ‘dating game’ element as well, where at times you are given dialogue choices that can influence how much people in your group like you. I didn’t actually like any of the characters that much to go out of my way to please them however, though the translation team has done a good job, especially with the in game ‘Pitter’, a Twitter-like site that is a bit too real at times. 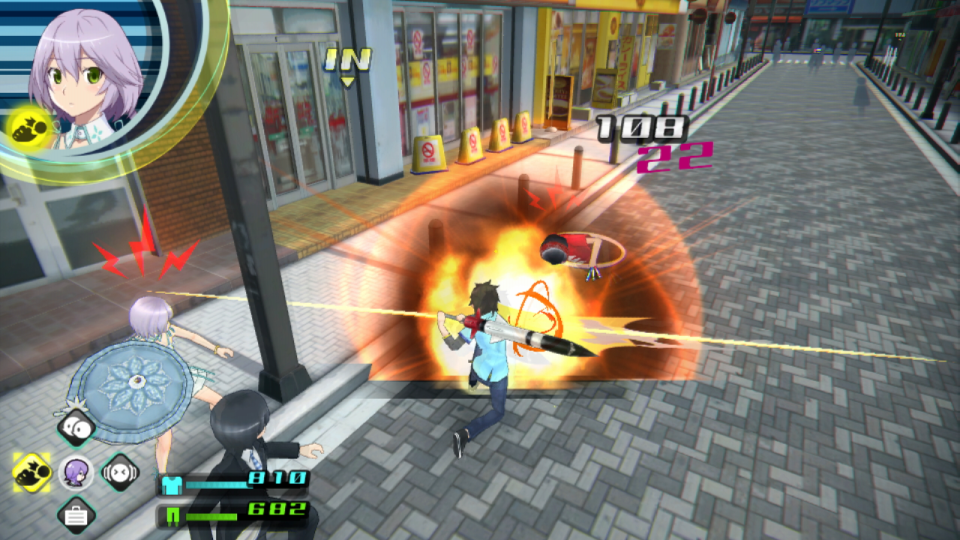 Akiba's Trip: Undead and Undressed
6 Overall
Pros
+ Original concept
+ Mission structure keeps things moving
+ Akiba seems well realised
Cons
- Basic combat
- NPCs take too long to load
- Will be too Japanese for some
Summary
The combat is weak but the atmosphere, the light hearted nature of the game and mission structure means it's quite easy just to sit back and play through. The stripping part isn't as offensive as you might assume as it rarely plays anything straight and you strip males and females alike. If you can endure the combat there's little else on the market like this and there is some Japanese quirkiness in here that plenty will appreciate, though plenty will not.

One thought on “Akiba’s Trip: Undead and Undressed – Vita Review”