Tennis World Tour 2 is the sequel to Big Ben Interactive’s poorly received tennis game Tennis World Tour.  We actually reviewed the PS4 version of this sequel last September, giving it 4 out of 10, a score that was in range of its Metacritic rating but Nacon have given the game a fresh coat of paint and shuffled it out on PS5 where it promises more modes (including four player doubles), addition players, new courts and a raft of gameplay tweaks.

Now, previously Ian reviewed the game and we’re pretty low on reviewers right now so rather than being faced with his immediate resignation and suicide, I took over reviewing duties figuring that the hours I put into tennis games over the last few decades (from Super Tennis to a hard-earned achievements max on Virtua Tennis 4) would stand me in good stead. 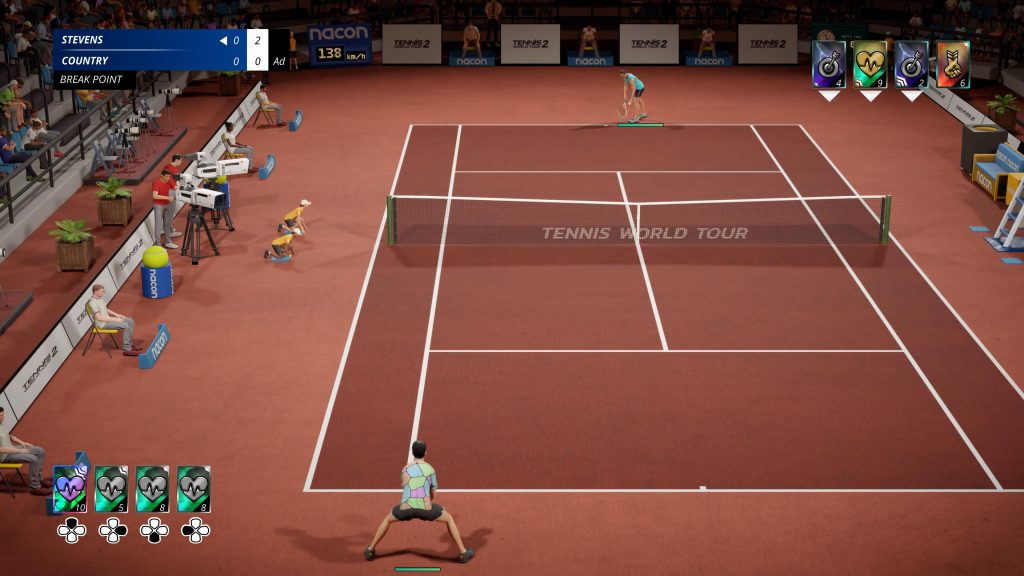 Well, it didn’t.  There’s often a lot made of the divide in sports games between ‘arcadey’ games and ‘sim’ style ones but often this doesn’t mean much.  I mean FIFA for example may have every conceivable detail but still feels arcadey to play while PES is seen as the more serious title but really doesn’t feel entirely different.  Likewise, the Virtua Tennis games have arcade roots but they actually do a pretty good job of simulating all the nuances of tennis.

However, Tennis World Tour 2 does fall into the ‘sim’ camp but not so much because of realism but rather just the fact that it isn’t enough fun to be an ‘arcade’ title.  The on-court action is sluggish, unresponsive and frustrating.  I spent a long time trying to perfect my serve timing to no avail in the game’s ‘Tennis School’ mode and found that most of my matches ended in defeat no matter what tactical approach I took.  When I did eventually get into the flow of the game I still found that I was at a massive disadvantage whenever I served.

The AI is going to put the ball to your left or your right but the controls are just too stiff for you to do much with their return, putting you on the back foot immediately.  It’s not about skill, although practice and determination will help a little, but rather that the game engine just isn’t your friend at all. 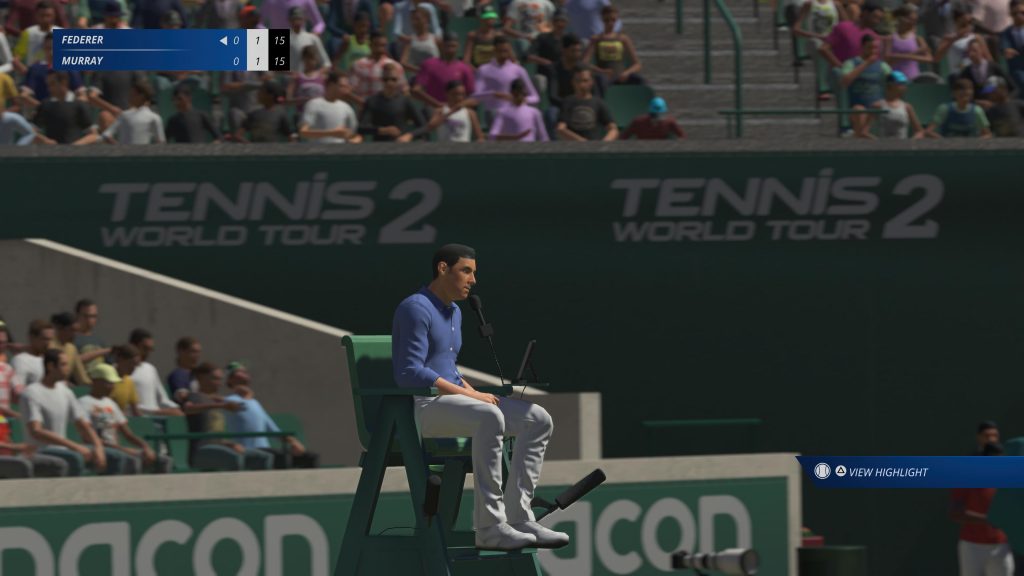 When you do win points, it feels pretty good but even when you get that little bit of dopamine, the sad truth about Tennis World Tour 2 is that we’ve seen it all before and all done better.  This is just another tennis game with the same tournaments and modes that we’ve been playing since tennis games became a thing.  The main meat of the game is in the career mode but this is just what Virtua Tennis did but without the fun minigames to break up the tedium.  I mean, there are some minigames and it’s all tied to a pretty deep XP-based stats system but it’s slow and unrewarding.

On top of that the game has a rather misjudged deck-building card system where cards can offer you very minor perks and stamina boosts but matches never come down to this.  You’re either going to win or lose, the cards aren’t going to change that and frankly it’s all just a bit of a faff.  More things to read and consider when you’d rather just be playing tennis.  Except the tennis here isn’t fun and so you’d rather be playing… well, anything else. 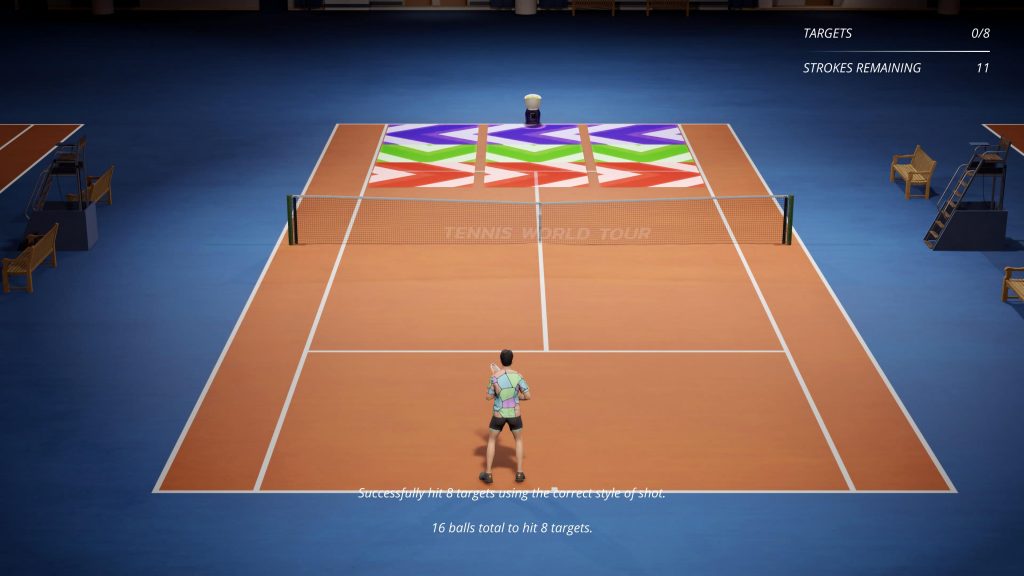 Progress in the game does allow you to gear up your career pro.  You’ll want to do this, if only to get your avatar out of his or her terrible default outfit.  The game lets you buy new tops, shorts, socks and every composite part of a tennis racket.  Those parts give you stat boosts but also reductions so you’ll be having to figure out if you want a few points less slice and more topspin.  We can’t see many people caring in the slightest.

Maybe that stuff would come alive if the gameplay was good.  Maybe it’d all work if there was balance here.  If when you faced a decent player, those cards and gear would give you the edge.  We’d feel the game more then but this all feels like if FIFA and PES took a generational break and then Actua Soccer made a comeback to fill the gap.  But that might be us.  If you really like tennis and want to play a few sets either in career mode or in exhibition matches with the likes of Federer, Murray and Nadal (no Williams sisters though, for shame) then this might scratch that itch for you a little but for anyone looking for fun or even an introduction to the sport, this just isn’t accessible or fun enough. 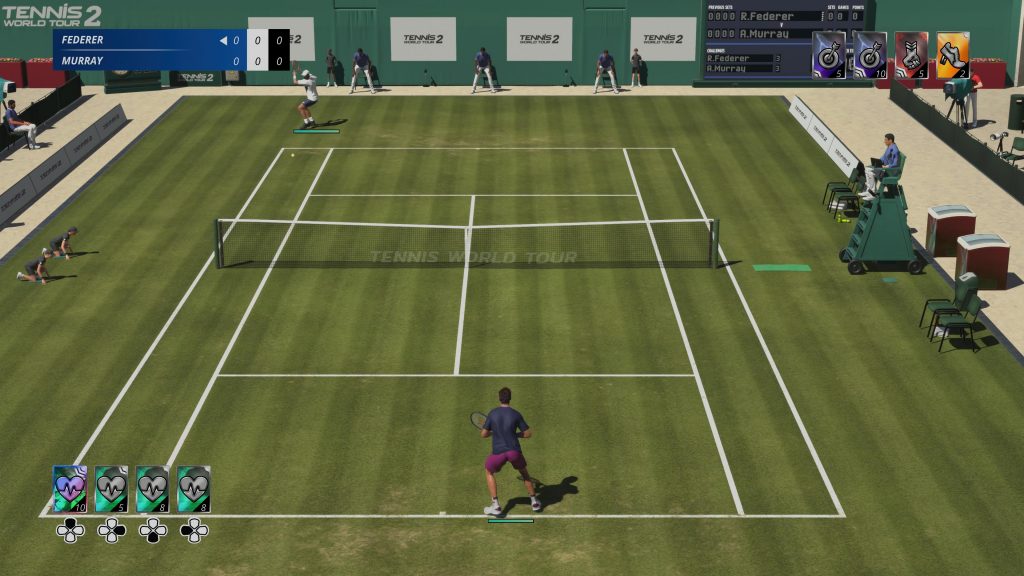 Visually, we’re struggling to see the PS5 effect.  The action is relatively smooth in terms of motion but that’s spoiled by the clumsiness of the players.  The player likenesses are pretty weak to be honest with many of them having the dead, waxy look of early football games.  I remember being wowed by how realistic Tim Henman was on Virtua Tennis on the Dreamcast but here the players actually look pretty bad.  Ian noted that Federer looked good in the PS4 version but here he looks like a mannequin.

The court-side detail isn’t bad with various objects that you’d expect to see there and the crowds are alright but the game never focuses on them, instead just showing player reactions between points which just takes up time.  On that, the serve animations are also pretty slow (and slow to kick in thanks to the plodding AI players) which again just takes away from any sense of momentum the game could generate if the shackles were released. 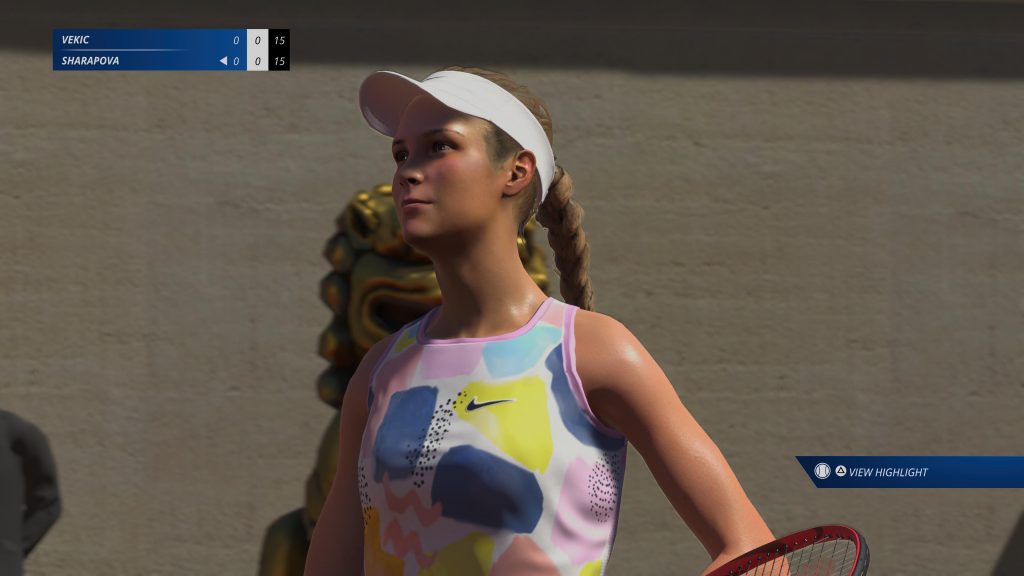 The lack of PS5 features also extends to haptics.  All we get here is some pretty basic vibration which is a shame as the mix of court surfaces and use of left/right hand shots could have been represented and fatigue could have been shown using the FIFA style trigger resistance feature.

So, Ian’s original score of 4 seems about right from where I’m standing.  I even fired up the game mid-review just to see if I could something of an epiphany and maybe ‘get’ it, especially as a patch dropped today but no, I actually liked it less.  And while I’m not a strawberries and cream eating middle close ponce (although I was born in Wimbledon), I do tend to like tennis games.  Just not this one.

World Tennis Tour 2
4 Overall
Pros
+ If you really like tennis then this is that
+ Non-player visuals are okay
+ Quite a few modes and a beefy career mode
Cons
- Gameplay is sluggish, clumsy and unenjoyable
- Controls are often non-responsive
- Card system doesn't really work
- Customisation options are unsatisfying
- Missing some key players
- Doesn't push the PS5 at all
Summary
A hardly noticeable PS5 facelift does little to elevate one of the least fun tennis games we've ever played.