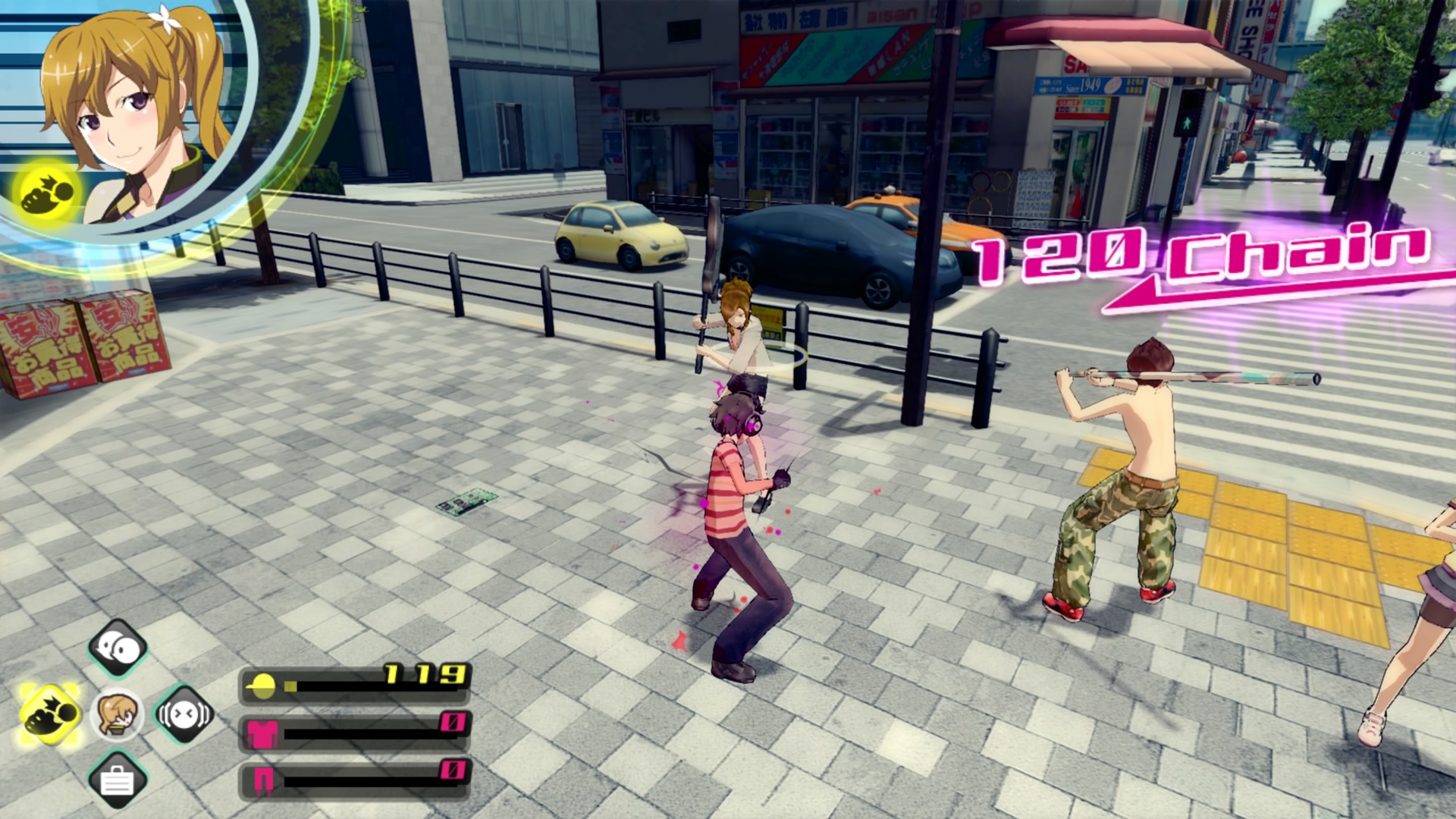 Akiba’s Trip: Undead & Undressed has made the jump from PSV/PS3 to PS4. The JRPG from Acquire based around ripping peoples clothes off to expose them to the sun was a decent bit of fun when I played it on the handheld but the lack of nuance to the combat and depth overall held it back from being great. Does the extra horsepower of the PS4 improve the game at all?

In case you missed it the first time, you start the game strapped to a table after being turned into a Synthister, which is basically a vampire. Luckily you’re saved from the final stage of the transformation by a girl who teaches you how to fight and control your more evil urges. However, now you’re a synthister you have a weakness – sunlight. Not if you’re wearing clothes though, only if you’re naked. All other synthisters have the same weakness and it turns out even if you strip a normal person while fighting they’ll freak out enough that you’ll win. 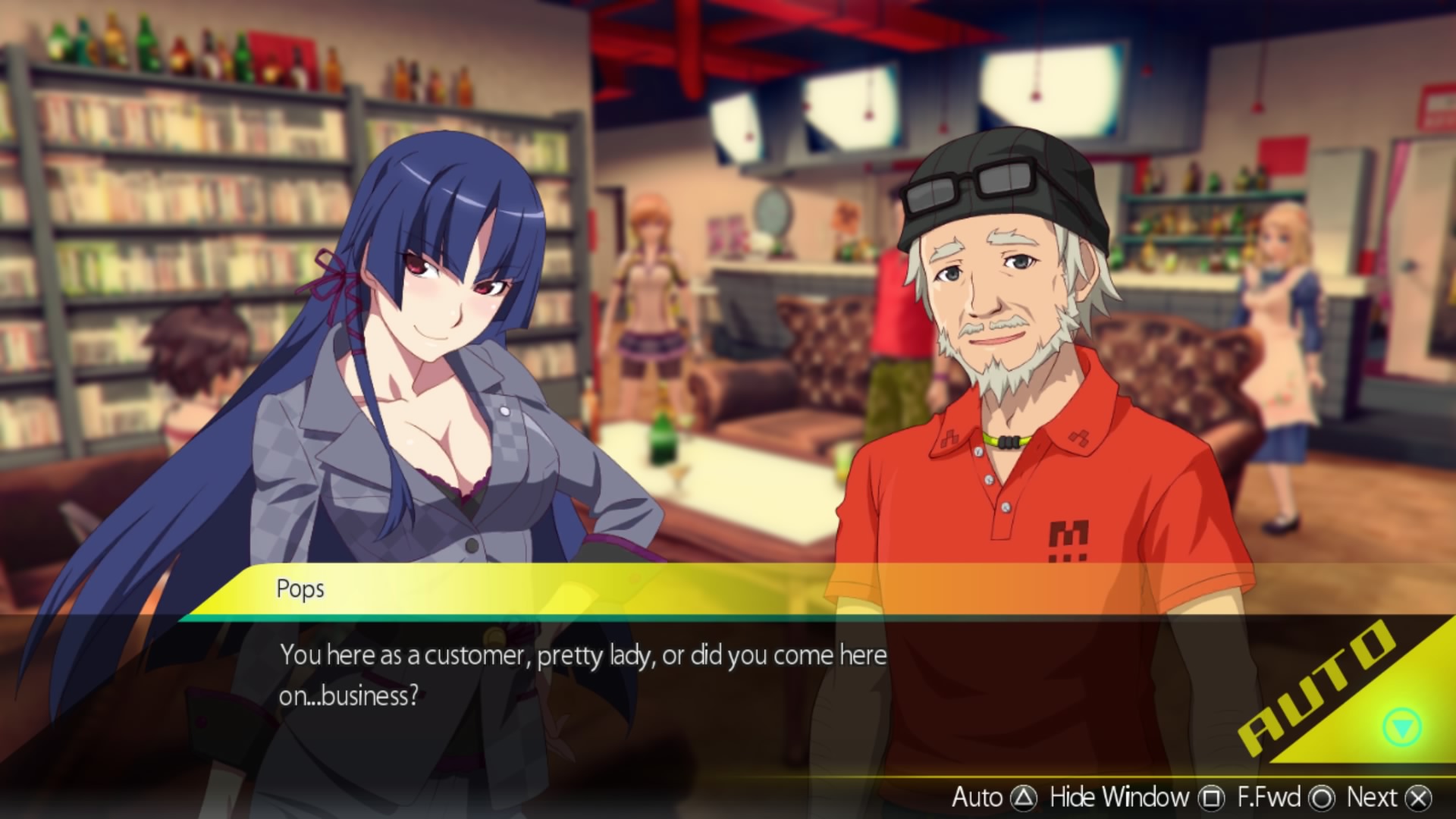 Considering it takes up such a major part of the game the combat in Akiba’s Trip is very weak. The lack of moves at your disposal along with the terrible lock on system and camera means fighting more than one enemy is a chore as you can easily get outnumbered and you just have to run away to get some distance. I thought the extra buttons on a PS4 pad would improve things over the Vita, but sadly that’s not the case. I’d just like to put the developers in front of the Batman Arkham games for ten minutes and I’m sure they’d understand how limiting it is in their game. 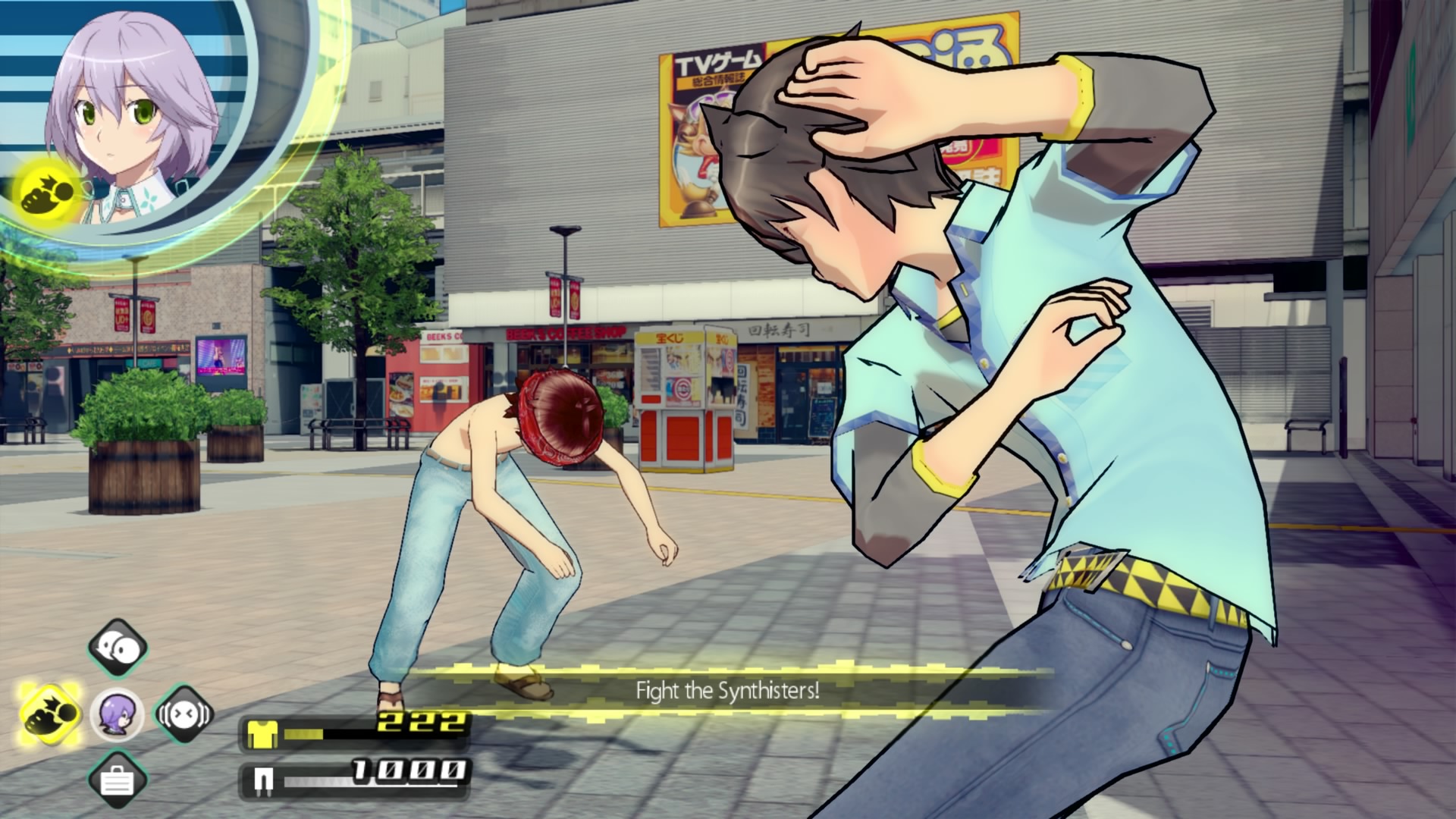 There are positives in other areas though. The streets of Akiba seem to have been recreated well, at least in terms of atmosphere (I can’t say for sure, I’ve never been) with real life shops and trailers for other games playing on big screens and the mission structure where you can just go into the menu and see what is available makes finding things to do super easy. A fast travel system makes getting around really quick too so you’re never meandering about for long. The problem on the Vita of NPCs taking too long to load in has disappeared here too and the world just feels fuller, which is nice to see.

Otherwise the graphics haven’t changed that much from the weaker machines. The frame rate is better as are the load times just about, but that’s about it. There’s customisation options for you to tinker with to make the game appear how you want using colour values and video effects which is nice but a little extra spit and polish wouldn’t have gone amiss. The jump from the small screen of the Vita to the television screen also doesn’t help certain aspects of the visuals (like the poor 2D artwork) even without taking the power difference into account and there’s a weird blur on everything that isn’t pleasant on the eye.

There is a rather basic ‘dating game’ element where at times you are given dialogue choices that can influence how much people in your group like you. I didn’t actually like any of the characters that much to go out of my way to please them however, though the translation team has done a good job, especially with the in game ‘Pitter’, a Twitter like site that is a bit too real at times. 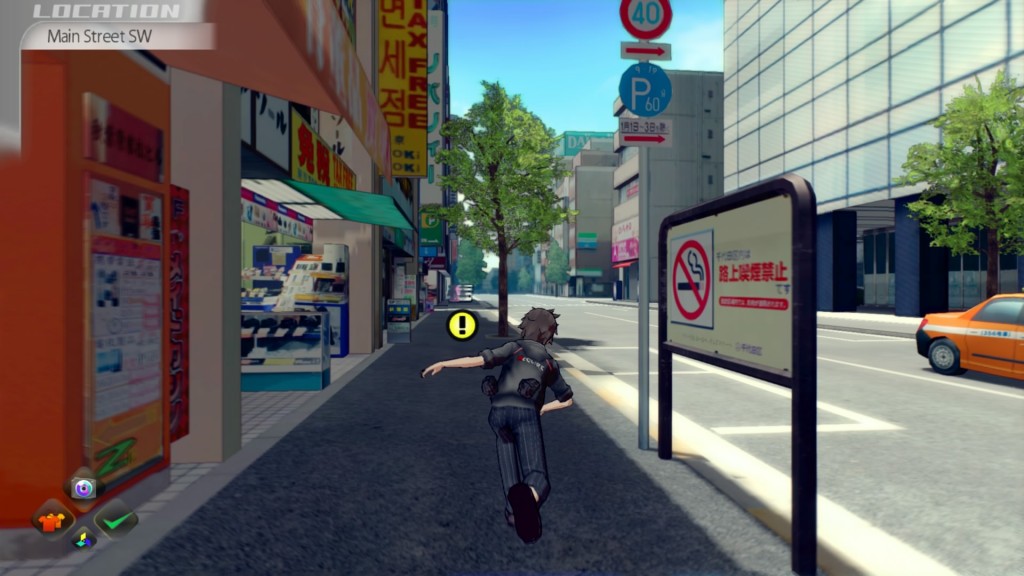 New to the PS4 version is the ability to stream the game and have viewers type in things to effect the game which will be a bit of fun if you’re into your streaming but it’s not a game changer. There is also ‘Toybox’ mode where you can play through the game with one of every item from the start to you don’t have to work to get your character to look and play the way you want, but it disables trophies much as any cheat mode would.

The PS4 version adds little gameplay-wise and in fact playing on the big screen as opposed to the Vita’s hurts it in other respects. If you have no other means of playing this then the PS4 version is fine, but it should have been easily the best, or at the very least a little cheaper than it is.

Akiba's Trip: Undead & Undressed
6 Overall
Pros
+ Original
+ Mission structure keeps things moving
+ Akiba seems well-realised
Cons
- Basic combat
- Graphics barely updated from the last gen/handheld versions
- Will be too Japanese for some
Summary
The PS4 version adds little gameplay-wise and in fact playing on the big screen as opposed to the Vita's hurts it in other respects. If you have no other means of playing this then the PS4 version is fine, but it should have been easily the best, or at the very least a little cheaper than it is.