It’s October. That means Halloween. That means you’d expect some spooky games to be hitting the digital and physical stores for your platform of choice. The larger publishers don’t seem too bothered but, as usual, that’s where the indies step up. Out now on PS5 is In Sound Mind, a psychological horror game. 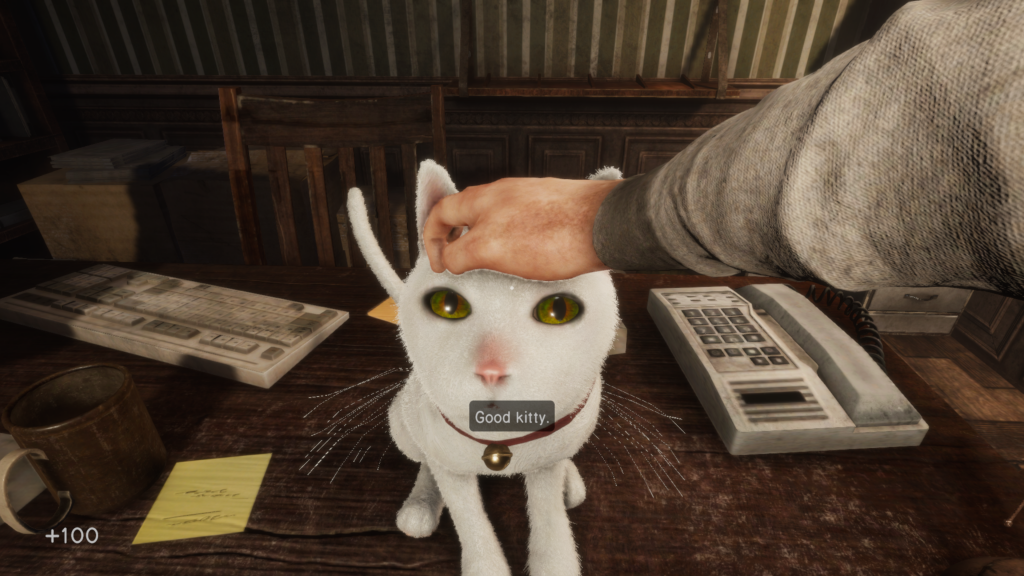 You play as psychologist Desmond Wales who wakes up, trapped in a version of his own apartment building. He finds recordings of sessions with his previous patients and through playing them is transported into their psyches. Here he encounters their fears and learns to understand them better and begins to start unravelling a connection between them all and himself.

In Sound Mind is played from a first person perspective and you’ll primarily be exploring. You start off with no items, but you’ll start to accumulate many over the course of the game which will let you get past areas which were inaccessible before. First off is a simple flashlight to help see in the dark but you will get weapons, a gas mask and a magical shard of glass that can be used to break and cut things as well as looked into to survey the world around you and discover hidden items. There is a surprising reliance on platforming which had me thinking of Half-Life at times, thankfully there’s nothing too challenging here and if you die checkpoints tend to be pretty frequent. 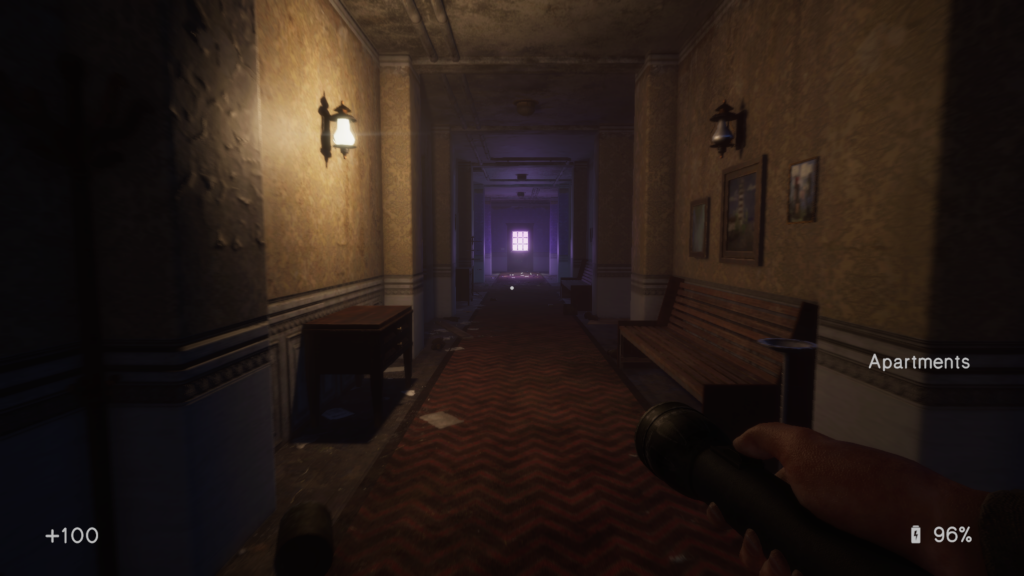 There are minor enemies that appear throughout, shade-like beings that will run towards you or fire at you from a distance but combat isn’t that frequent over the course of the game. More interesting is the main enemy in each tape that represents the patient of that recording. The first tape for instance is about a girl who was disfigured in an accident and subsequently died in a supermarket. As such that level takes place in a supermarket and a ghost stalks the aisles, attacking you if you look at her. Others require you to stay in the light or lure the enemy to a certain spot.

It’s in the variety of the locations that In Sound Mind‘s strength lies. Each recording goes to a different place and as you get a new tool there the focus of the puzzles changes as well. The puzzles are generally pretty good, nothing quite on the level of Tormented Souls but they are neither too simple or massively obtuse. The levels tend to be quite large so sometimes you’ll be wandering around not entirely sure where to go but they aren’t so large that you get fully lost. There’s also optional items to find in the form of pills that will improve certain stats like speed and health. They aren’t needed and it distracts from simply progressing the game but it adds a little longevity I suppose. 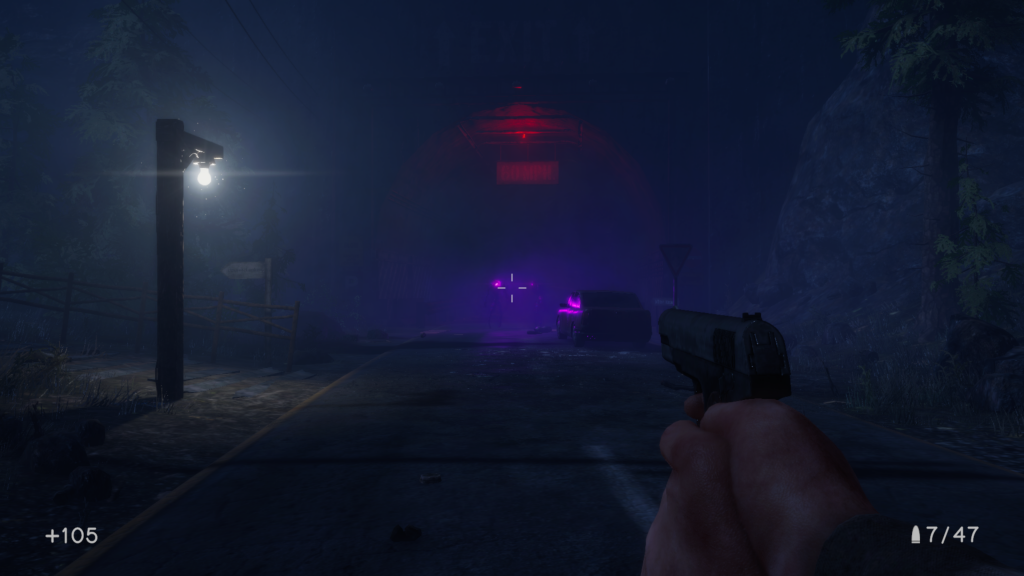 Not that the game is short at around ten hours long but the game keeps track of the pills so if you miss any you can go back for 100% if you desire as you can re-enter recordings back at the apartment, as well as explore the apartments with the new tools you acquire from the levels.

For a game on your, relatively, new PS5 it looks okay. You can tell it doesn’t have big money behind it but there are some nice effects here and there and as mentioned before, good variety and often imagination in the environments. The problem lies in the incredibly inconsistent frame rate. It’s more obvious in the open areas but the game can turn into a slide show at times and even with relatively little going on it can stutter a bit. I’m not massively sensitive to this stuff and, although it didn’t stop me playing, it was a major issue at times. There is also no special use of the DualSense, though load times are relatively quick if not super fast. 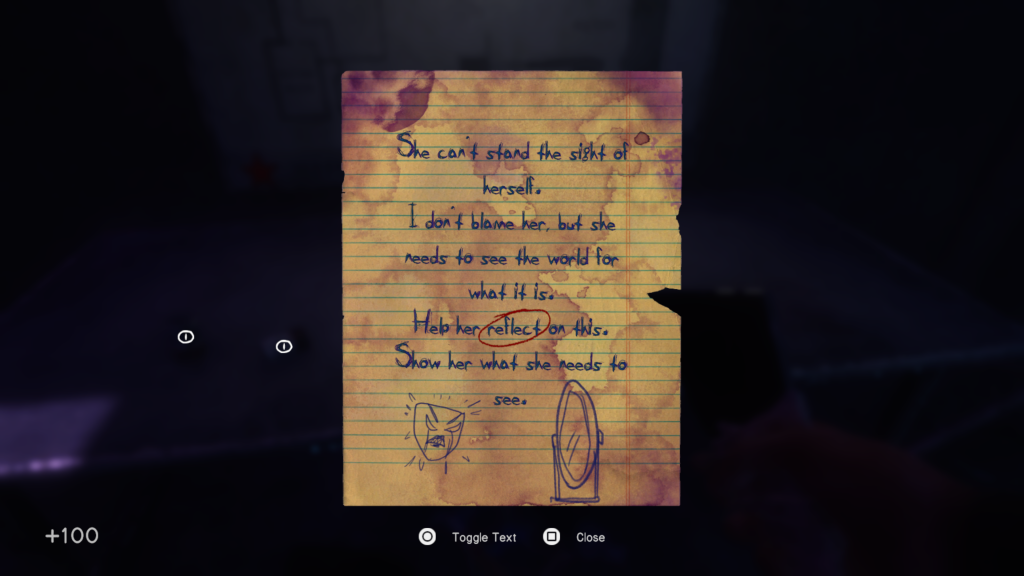 Audio-wise the acting is okay, although I have an issue with characters in weird situations saying stuff like “Nom” as they eat food to replenish their health. There’s some good music in here too both atmospheric and actual songs. It creates a good atmosphere that makes up for a lack of actual scares. You get the odd jump scare when you turn around and something appears behind you but that’s about it for that side of things.

The story is decent however, starting with a little intrigue, continuing about the patients before developing further. The ending doesn’t quite land for me as there isn’t enough information revealed about Desmond throughout the game for me to care enough. There is a hint at a sequel post credits and I’ll be interested to see where it goes however. 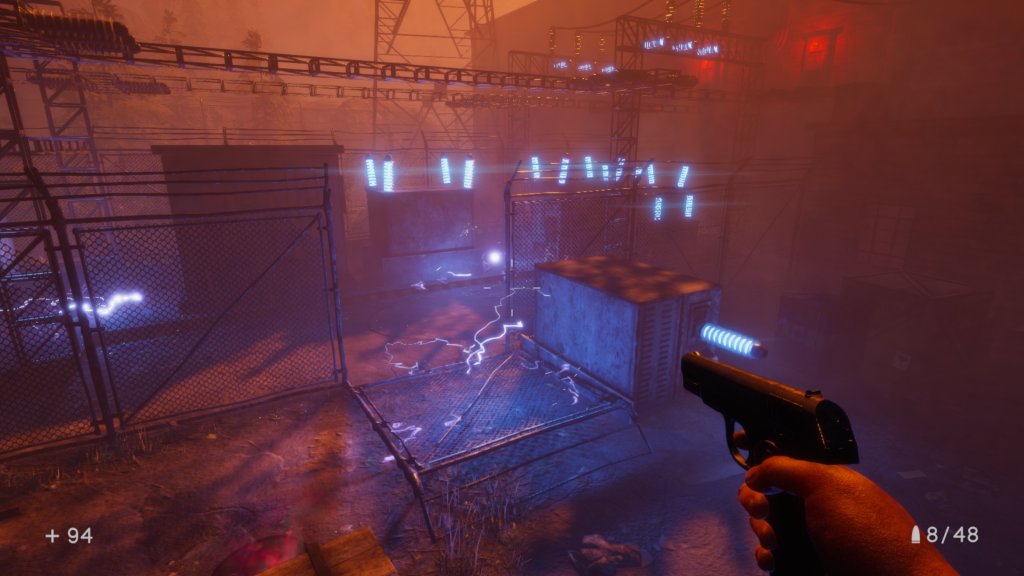 In Sound Mind
7 Overall
Pros
+ Good variety in environments
+ Bosses are interesting both mechanically and story-wise
+ Decent length
Cons
- Very inconsistent frame rate
- Story doesn't quite land in the end
- Collectibles feel like padding
Summary
In Sound Mind is a solid psychological horror game with an interesting gimmick based around tapes that allows for a variety of environments and puzzles. The story doesn't quite fulfil its potential and the frame rate can be terrible but for fans of first person horror, which is light on scares but with a decent range of puzzles then you'll certainly get something out of this.