From fantastically named developer Kyle Thompson and publisher Top Hat Studios we have, in their own words, a quirky metroidvania platformer about a shape-shifting sheep-thing. Right, we needn’t bother extrapolating any further. OK, we kid. Along with Kyle, there’s Eric Thompson who composed the music, though unlikely anything to do with Emma Thompson’s dad who produced The Magic Roundabout.

Sheepo is an amorphous sheep-like creature who can shape-shift then. Don’t worry, we’re not talking some godawful Norris-Thing that you find yourself wanting to destroy with a flamethrower. Instead, the shapeshifting is much more benign. A simple tap of

is all it takes. Along with

to jump, or twice for the fairly standard double jump, you’re pretty much set for traversal. 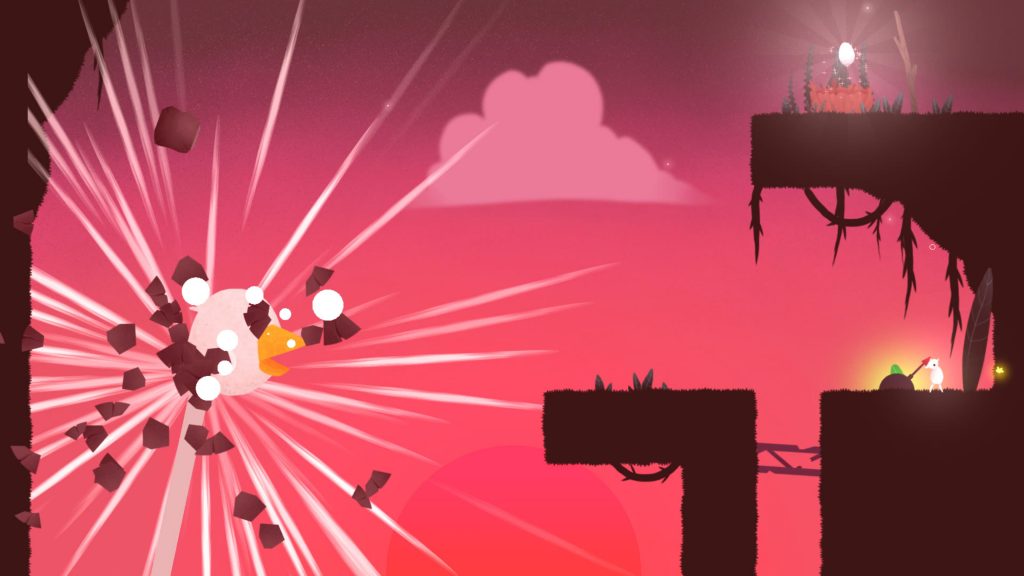 You see, traversal is your overwhelming focus here. Quite unlike any other Metroidvania we’ve played, there’s no combat here. Not a jot. The only thing that’ll hurt you is the environment and sporadically placed boss encounters. Even then you don’t raise a finger directly to hurt them, more play a waiting game and learn their attack patterns.

Their own attacks ultimately prove their downfall you see. The dev does a good job in terms of  giving you periodic health refills when you mess up during a boss encounter. They never feel unfair as a result. The first you’ll face is called longbird and upon collecting it, you’ll gain the ability to, in effect, bodysnatch a nearby bird. By doing so, you’ll be able to fly a short distance.

But you can only hold their shape for a short time. This stops you from taking the mickey too much and flying around the whole damn gameworld at least. But in keeping with the Metroidvania aspect, your progress is gently gated. 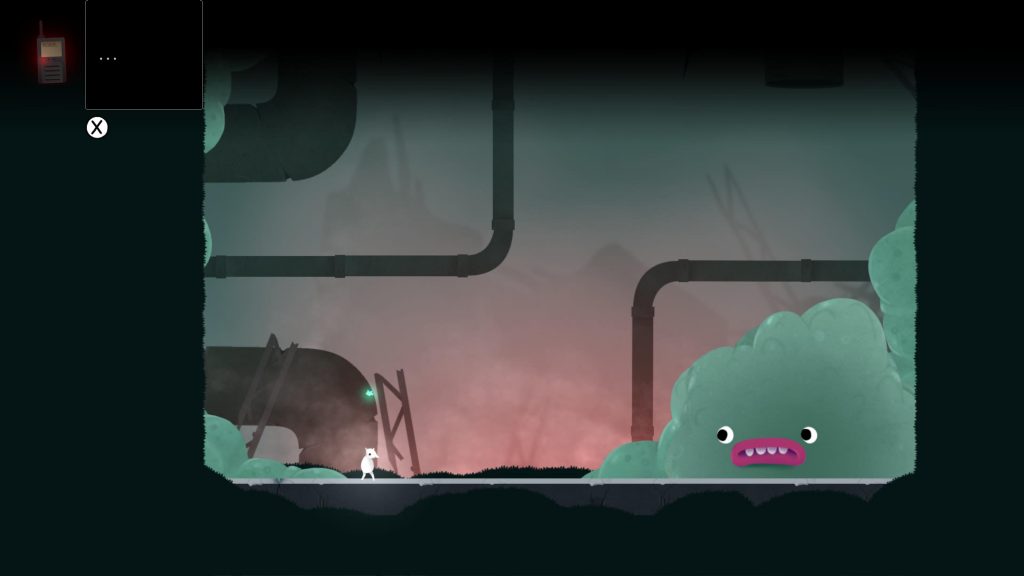 Subsequent bosses are the spineworm, slimeball, slingo, frog and a big badass that we won’t reveal to you. The spineworm lets you travel through otherwise impenetrable walls, the slimeball allows you to traverse walls by sticking to them and the slingo is a slingshot type affair.

The frog is probably among the most useful as it allows you to fast travel between frog shrines, no doubt essential to the hardcore speedrunner community. Put it this way, yer man Kyle had one eye on the speedrunner community in terms of him offering up multiple trophies for reaching particular objectives quickly as well as two for clocking the game inside an hour and a half or two hours.

At least Sheepo doesn’t limit you to a finite number of saves into the bargain, unlike something else we recently reviewed. Also there’s no inventory management required unlike that game we’re trying  not to directly mention. That eroded our goodwill rapidly, this game doesn’t. 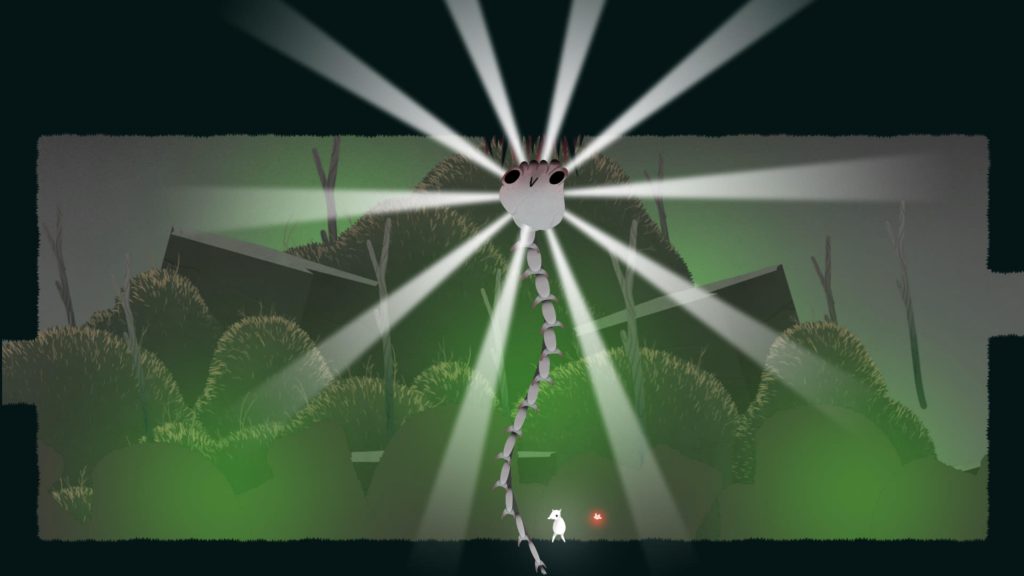 Given it took us nigh on seven hours on our save file, we’re not going to be trying for either of those trophies any time soon. That said, we did manage to clock ninety percent completion by the time our playthrough was done.  Talking of the trophies, we collected all the eggs and hence morph abilities and rolled the final credits. But we didn’t pop the trophy for the froggo boss. Though it appears literally nobody else has either, so we can only assume it’s glitched. 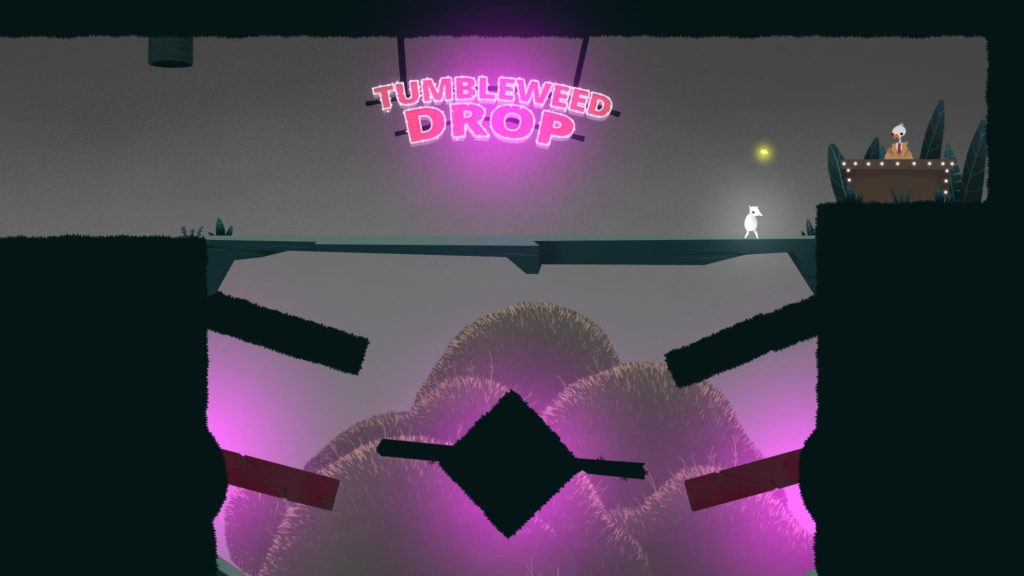 If you take into account the fact that you can conceivably finish the game inside two hours; heck you’re tacitly encouraged to; you’d be partly right in coming to the conclusion that Sheepo is a sparse affair.  But in this case, less is most definitely more. While we don’t feel compelled to smash out the speed run trophies, we do feel duty bound to get a hundred percent if we possibly can, if only to open the final gate that remained locked in the last area.

We generally forget to mention the music in our reviews, but here it’s a highlight. It’s gently reactive and never feels like it gets overly repetitive. Sure, it’s not up there with Lena Raine’s stellar score for Chicory, but then it’d be churlish to expect otherwise. 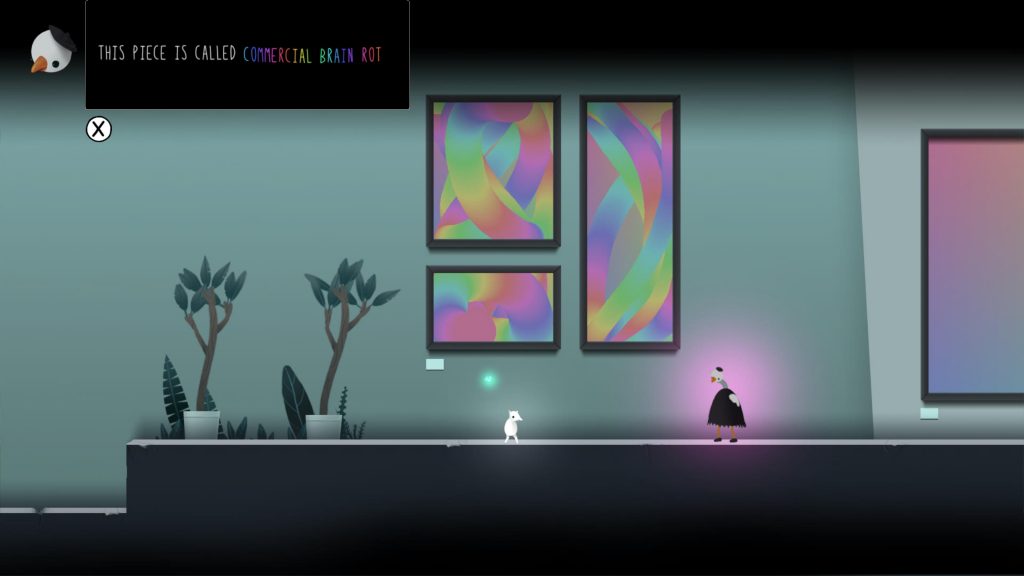 Sheepo does a great job in terms of gently introducing new mechanics into the game, especially in the early stages. That said, we probably took the path of least resistance with regards playing on the easiest difficulty level. We’re not sure what the game does with regards scaling difficulty, but we expect you probably have less health and harder boss fights throughout.

In conclusion, Sheepo is a great Metroidvania with a twist, but we’ll pass on the hard difficulty and speed runs for now. We have to wonder why it’s PS5 only though as it isn’t like it uses any of the PS5 haptics or adaptive triggers. It’s still pretty great and will cost you less than any number of mediocre games that clog up the PS Store otherwise.

Cons
- Doesn't justify being a PS5 only joint really
- You can keep the speed run trophies, ta
- Glitchy trophies
Summary
Sheepo is a great Metroidvania with a novel twist. You don't directly engage in  combat with anyone but bosses though in defeating them you gain the ability to shapeshift into their species. It's short, sweet and hard to master. Despite that, it's quite lovely.