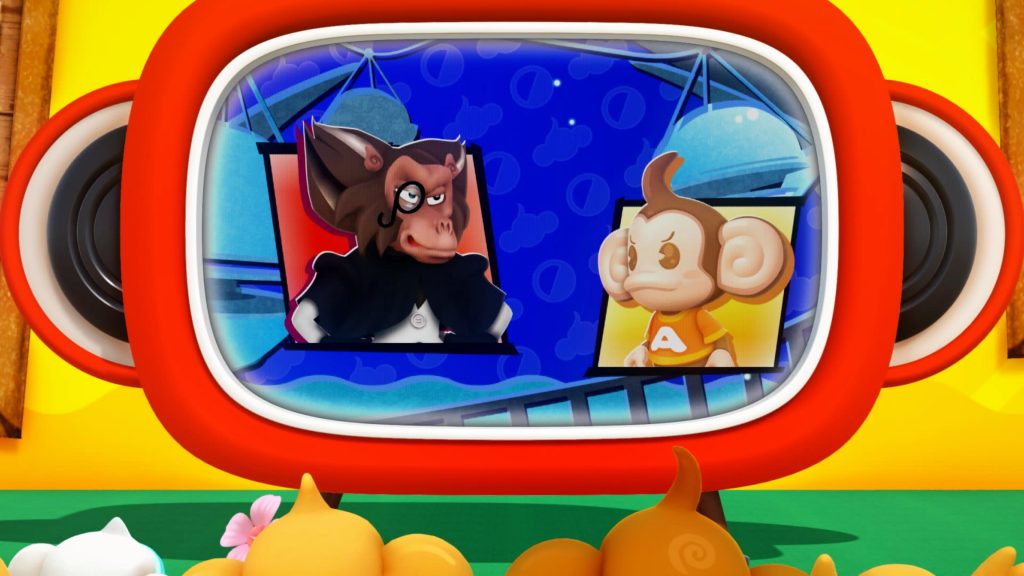 2001 was one hell of a year for Sega as many will know. After fighting the good fight with the Dreamcast, the company finally called time on their eighteen-year long console crusade and had instead, moved to becoming the software company it is now. This was both a troubling time and one that was filled with a modicum of hope, as while Sega fans were smarting from the lack of continuing exclusive sixth gen support, the company would have the opportunity to reach people who had already moved favour of the shinier Xbox, PS2 or GameCube.

Of course, by doing this, it meant that classic franchises could be enjoyed without exclusivity acting as a barrier. Titles from the Dreamcast made the jump over with stuff like Shenmue II, Rez and Sonic Adventure making new homes on the other consoles. However, ports can only take you so far and as a result, Sega was quick to look at their amusement division for what to bring out next, while the rest of the team were beavering away at some new content and in amongst this new wave of Sega, was an unassuming title called Super Monkey Ball.

Fresh from the arcades, the game combined the moreish-ness of a simple, marble like puzzle game with frustratingly addictive and increasingly difficult stages to contend with. While not necessarily as popular as the bigger Sega mainstays, Monkey Ball has managed to gather its own cult following, owing in no small part to its addictive gameplay, welcoming appearance, and sublime physics that the game employed which set it apart from the limited competition. 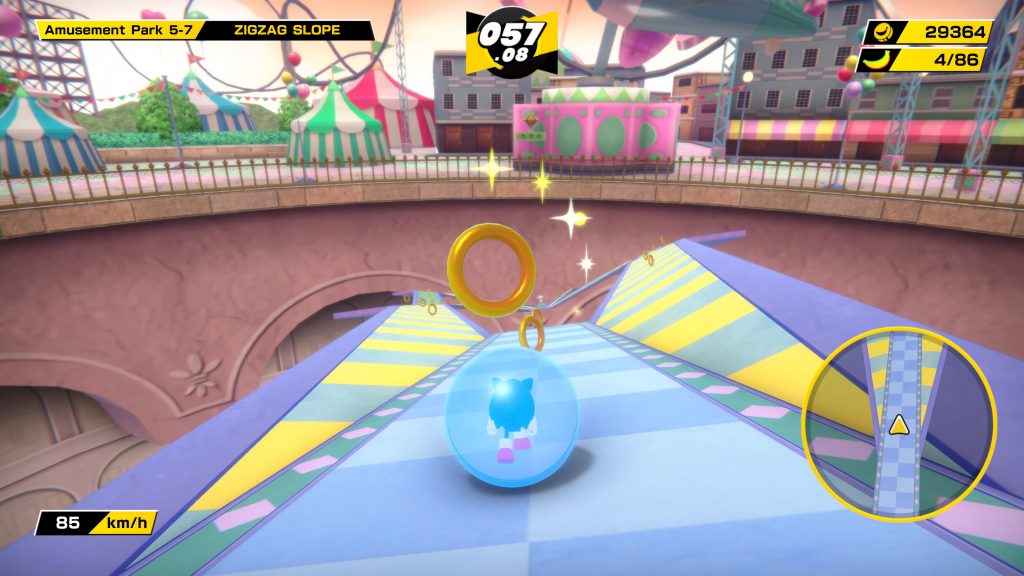 As a remake of the first two games and Deluxe content, Super Monkey Ball Banana Mania has a huge amount of content for new or returning fans to sink their teeth into. All three hundred courses from the previous games return and have been recreated with a HD sheen. Thanks also to the modern hardware, the game runs at a solid 60fps and generally looks and feels great. However, as the games have been remade in Unity as opposed to being ported, this may not be exactly the Super Monkey Ball that you remember.

For example, the physics have suffered from being approximated, as opposed to being exact to the originals. So, if you have previously made your own course breaking strategies in the past, then they may not always work the way you think they will. For the average player, this isn’t necessarily a problem, it should only really be a concern for the purists out there that consider the originals to be sacrosanct. That is of course, until you reach levels like Launchers which sees you being thrown into the air and your monkey having to be guided to the end goal. The issue being that when you are launched, it is often luck as to whether you find your target or not.

Purists may not also appreciate the additions to the game that have been introduced to make the game more accessible to newer audiences. The original game’s life system has been removed. Instead, you have as many tries as you want to reach the goal in any course, letting players brute force their way through levels. This is a bit of a blessing and a curse as while some levels can be considered more trial or error as opposed to skill, this does remove some of the stakes that made the original game so satisfying to beat. Any sense of this dumbing down the experience does get mitigated by the challenge modes, while not being much different from the core story mode, does remove the ability to restart courses whenever you like and focuses more on completing acts in sequence. 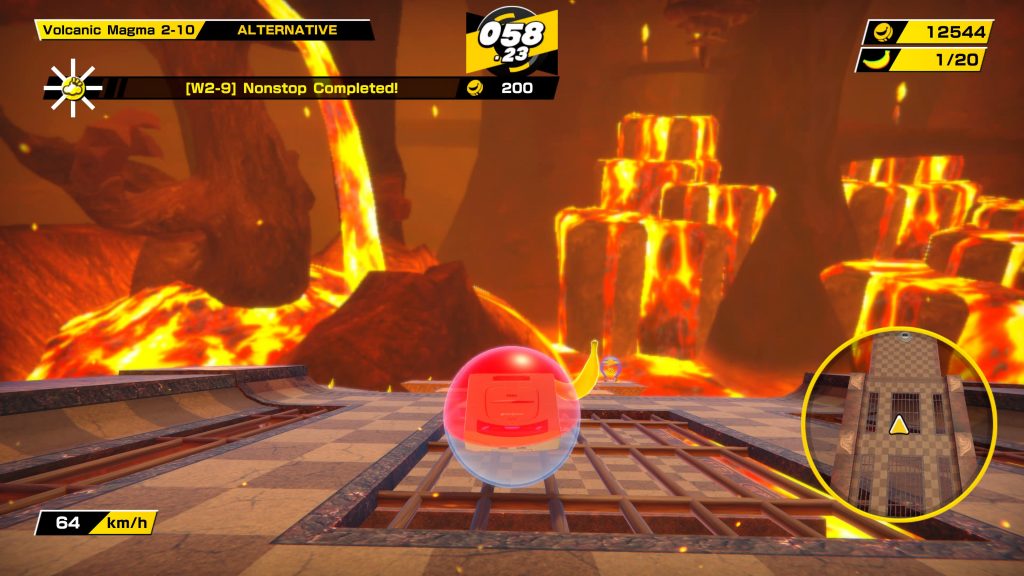 Helping new players some more is the new assist system that can be toggled on in the menu. If players are having difficulty with certain levels, they can turn this on to create an arrowed path in each stage and the ability to slow down the action to offer the player more control. This does come in handy when you hit that metaphoric brick wall. Also, if you have collected enough points, you can even skip levels outright, albeit with the lack of rewards that come with clearing things legit, such as the ability to play a DX version of the level or the points that can be used in the in-game store.

Aside from the main meat of the game in story mode, there is a ton still available to do. Another mainstay of the Monkey Ball games is the wide variety of mini games that makes up most of the multiplayer offering. These are as great as ever and being able to play these solo makes for some nice breaks in between some of the more frustrating stages in story. Being able to kick back and play some Pool or to perfect a Monkey Target score is as brilliant as ever. However, the inconsistency of the physics from the main game does show its face here again and games like Monkey Target has suffered as a result, which is a real shame as this was one of the best things about the earlier games.

Capping everything off, is the points store. This is where you can spend your hard-earned points from each course clear and challenges to unlock cosmetics and characters. This is a great way to incentivise more play and I had a great time returning here each time I finished up a run in the story mode. It tickled the completionism part of my brain and the addition of other Sega characters, ball and banana customisations kept things fresh and fun. 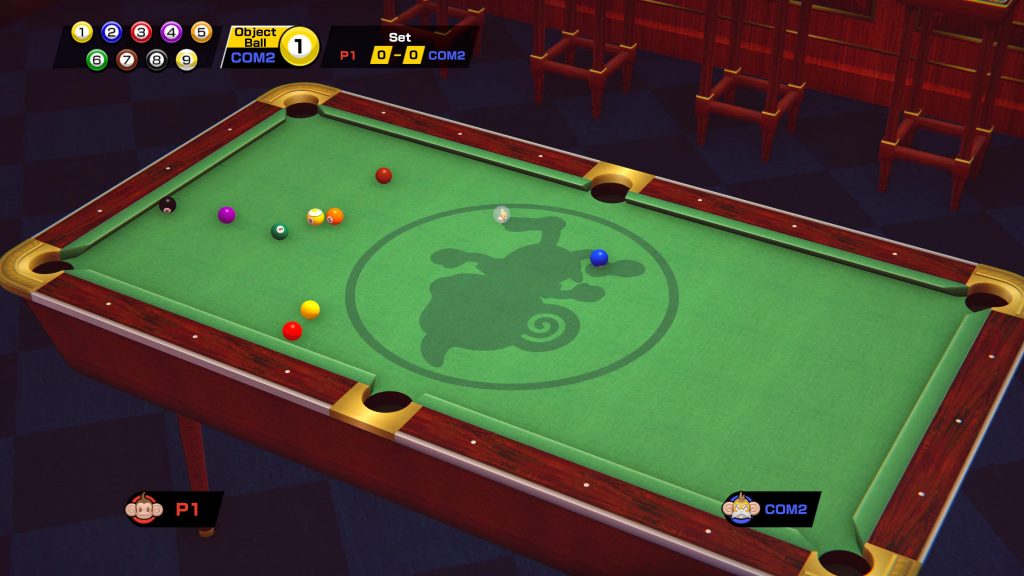 While not without it’s flaws and being more of a glorified remake, Super Monkey Ball Banana Mania is a great addition to the franchise. Your enjoyment mileage will vary depending on your exposure to the previous games as this isn’t exactly a 1:1 replication of what came before, it’s more of an approximate rendition. Still, I would recommend this game for older fans and newcomers alike as there is plenty to do and the innate cheerfulness of the series is something I think we can all appreciate.

Super Monkey Ball Banana Mania
7 Overall
Pros
+ Tons of content, chronicling 300 stages from SMB 1, 2 and Deluxe
+ The Minigames are as fun as ever
+ Runs at a solid pace and looks great
Cons
- The game feels slightly off due to the physics being remade
- Some levels feel luck based as opposed to true skill or control
- The camera is as bad as ever
Summary
Super Monkey Ball Banana Mania breathes new life into the franchise by combining classic stages with a modernised visual appearance. However, the remade physics don’t quite live up to the originals and this may put off purists. If you can get over the small niggles, then there is a ton of content to enjoy and newer players should have a blast as this is the most accessible Super Monkey Ball experience yet.