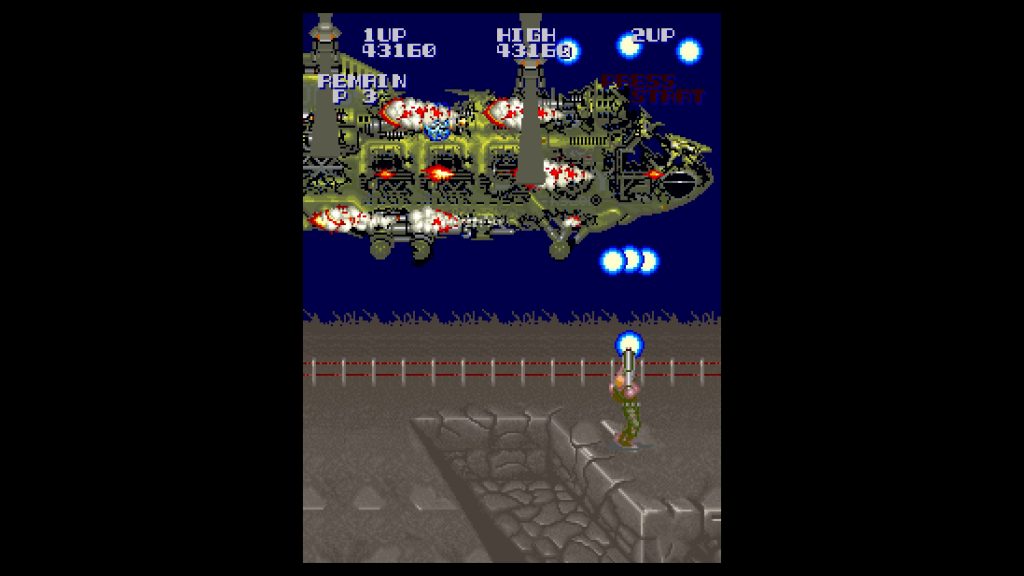 You have the arcade version of the original Contra and the NES version which is similar but different enough. You also have the Japanese version of the original Contra on NES which is exactly the same but with a map screen before levels and some static cutscenes (which are still in Japanese here). You then get the arcade version of Super Contra and the NES version of the same game (called Super C) which apart from a few similar stages is actually quite different. Operation C for the Game Boy brings the classic gameplay to portable and is completely original.

Now is the odd part. Contra III: The Alien Wars for the SNES brings the series into the 16-bit era in the US, but also on the collection is Super Probotector: Alien Rebels which is the EU version and exactly the same game but with the characters changed from humans to robots. Similarly the Genesis (US) title Contra: Hard Corps is joined by the MegaDrive (EU) title Probotector which is again the same game but with robot characters and some alterations to the story translation. The EU variants also offer the chance to play at the slower 50Hz with massive borders at the top and bottom of the screen that we had to deal with back in the day or the fullscreen (well 4:3) ‘Turbo’ 60Hz that they were meant to be played at. [UPDATE: A patch has since added the Japanese versions of the six titles that didn’t have one previously (all of them except for Contra on Famicom)] 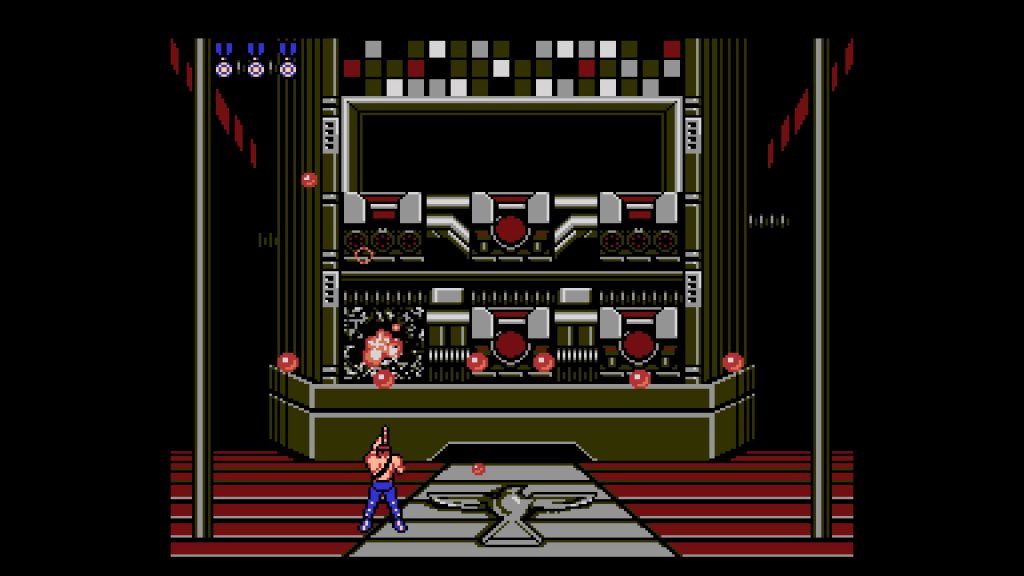 So in reality although there are ten titles listed there are only seven different games if you count the NES ports as separate from the arcade version (they are different enough to do so), only five if you don’t. There are a few Contra titles not featured (Contra 4 on Nintendo DS, the PS2 titles Contra: Shattered Soldier and Neo Contra, Contra ReBirth on Wii and Hard Corps: Uprising from the last generation) as well as some US only titles which would have filled out the package but they made a decision not to go beyond 16-bit.

With the contents out of the way – what even is Contra? Side-scrolling, 2D run and gun games with some minor platforming but primarily shooting down enemies and tackling bosses with a range of weaponry. Similar to Gunstar Heroes or more recently Bleed. Descending from a Konami arcade game you can imagine that the difficulty was turned up quite high with one hit killing your character but a pool of lives letting you respawn on the spot until you required a continue which would force you back to the beginning of the stage or, if you were lucky, a checkpoint. 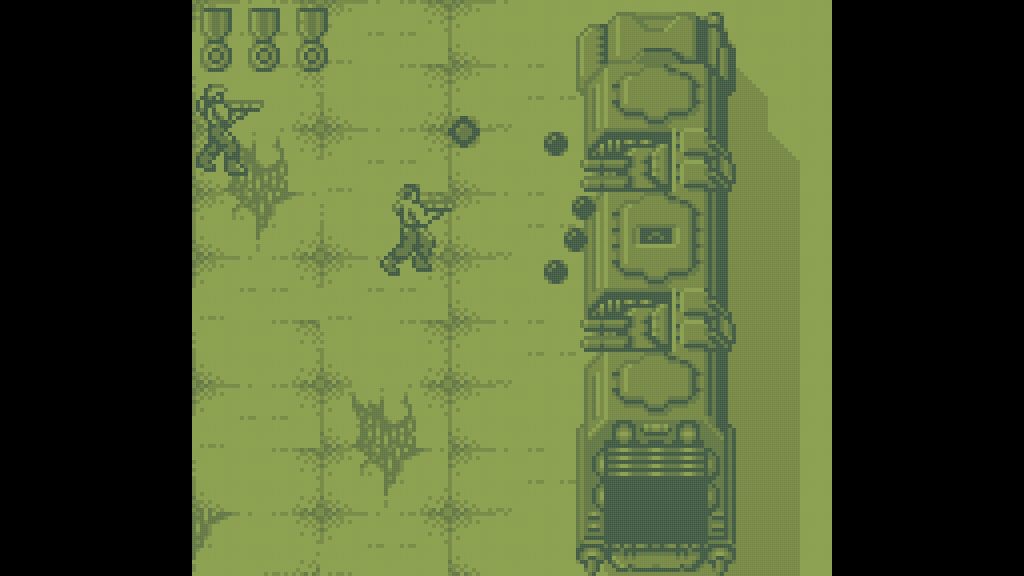 Weapon pickups feature heavily and will make your life easier if you can keep hold of them as you lose them when you die. The classic spread shot covers a large portion of the screen, the laser is powerful but slow, whilst later instalments introduce homing weapons. Sharing the weapons with a co-op partner will also help you survive as each title, apart from Operation C on the Game Boy, has two player local co-op.

All but the MegaDrive games have a different type of level between each side scroller as well. Contra has you running through corridors, viewed from behind the character, stopping to shoot enemies before moving on. Super Contra has top down sections where you must make your way forward as enemies come from all directions. Contra III has a similar top down view but gives you an open map to explore to destroy key objectives. It adds some variety but I didn’t miss them in Hard Corps. 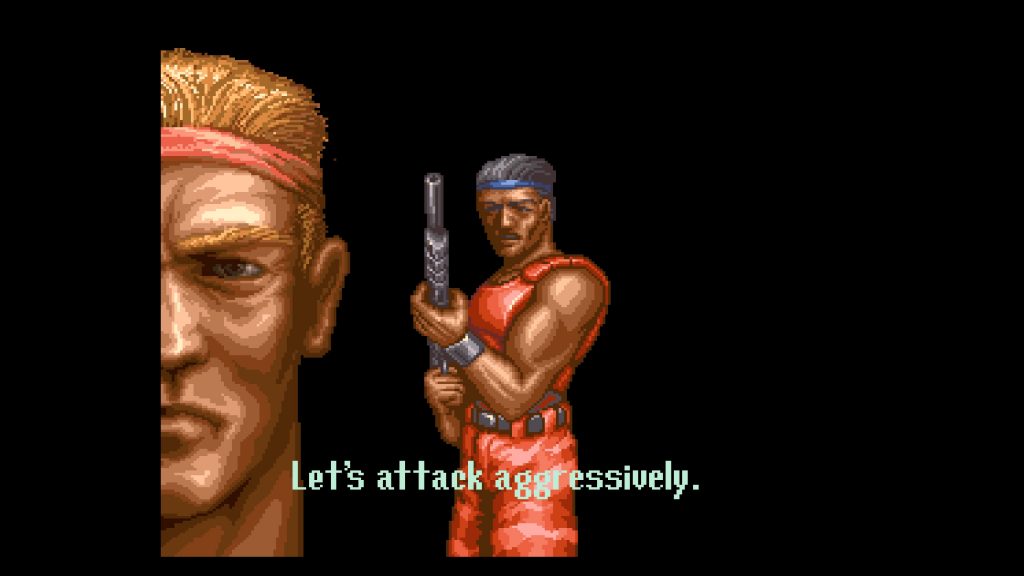 Each game is worth playing. There are trophies for completing each game which is a bit of a chore when, as I stated, multiple are exactly the same game. The arcade games are tough, Super Contra more so than the original, but very playable. The NES versions, which I hadn’t played before, play very well and I’d have had a lot of fun with them in my youth. Operation C is understandably scaled back but plays like a Contra game and has the weapons and bosses you’d expect. Contra III introduces the ability to hold two guns and switch between them depending on the situation and, thanks to the leap to 16-bit, has some big set pieces. Which brings us on to Hard Corps which takes all of that and turns it up to eleven.

You have four characters to choose between who can now slide (which is invincible), each having their own set of weapons and some having special abilities or traits. Now there are four weapons each and you can hold and switch between all of them at once, losing the one you’re using when you die. Each level has multiple bosses which get bigger and flashier as the game goes on. Speaking of, there are multiple paths to choose which will lead to different endings. Basically it’s the best game in the collection and is incredibly replayable and challenges my favourite Gunstar Heroes as the best action game of that generation. 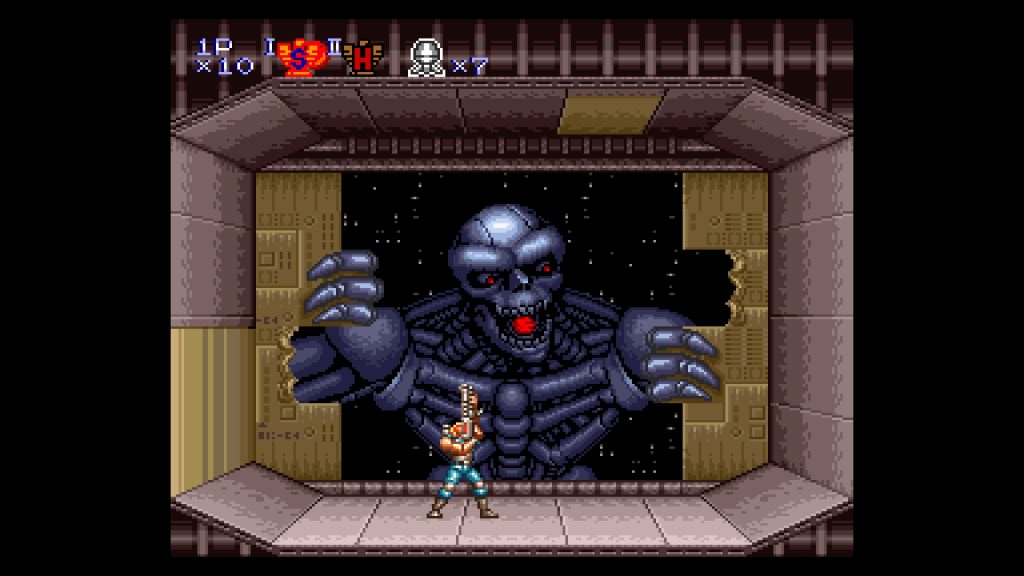 The emulation is great although I would like the option to customise the controls as there are other tweaks made for the modern audience. You can change the display settings if you like to fill the whole screen or apply scanlines (or a dot matrix filter for the Game Boy), you can choose from one of three frames if you don’t like black space around the screen and, probably most importantly, you can save the game at any point. You can only have one save state per game but it will help those who might struggle with these games to get through or even practice a specific section.

There’s also a Bonus Book which gives some information about each game, some not in the collection, the story timeline and interviews with the series producer (very interesting) and cover artist (the questions are longer than the answers). Towards the end are some design documents that are excellent for those looking for insight into how the games were designed. 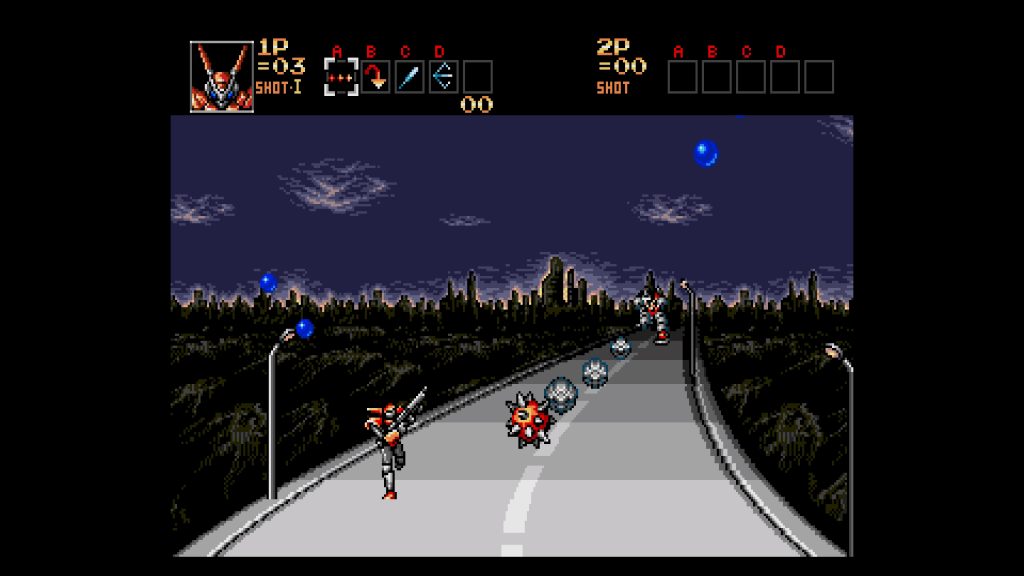 Overall Contra Anniversary Collection is a decent title with some excellent games, both for the time and now. Certain games you’ll only play once as a curiosity and if you’re not into trophies then you’ll probably ignore the variations of the same title but, especially if you have a friend for couch co-op, there are a few really good titles in here that you’ll replay again and again.

Contra Anniversary Collection
8 Overall
Pros
+ Plenty of quality run and gun shooters
+ Solid emulation
+ All but one offers local co-op gameplay
+ Save state will help anyone see everything
Cons
- Not a full collection of the series
- Can't customise your controls
- Some games are pretty much exactly the same
Summary
Contra Anniversary Collection offers a selection of games from the Contra series all in one package. There could have been more in here and some titles, although interesting, feel like padding but what is here delivers some of the best run and gun gameplay out there.