I spent a lot of time on trains as a kid and, for that reason, I’ve got a fondness for that mode of travel. Tearing through the countryside or hurtling underground is quite a nice way to roll. Whilst I never really pondered getting behind the controls, games like Railfan have offered enthusiasts the chance to plot their own course. Dovetail Game’s Train Sim World is the latest job simulator to hit the Playstation 4 after an earlier release on the PC. 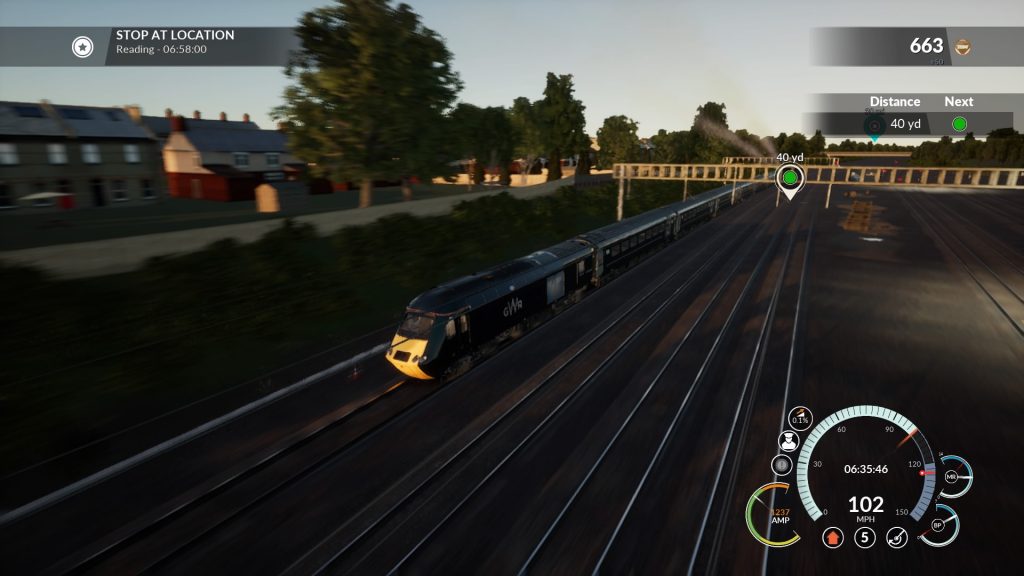 Simulators carry an impenetrable quality which makes a lot of newcomers shy away from. Thankfully, Train Sim World offers some accessibility and, to be honest, makes getting a train going relatively simple. Whether you’re in a tutorial or within one of the game’s many scenarios, you’re handed step-by step instructions to get a train under way. There’s a great sense of routine that propels Train Sim World into something approaching a real job on the railways.

Signals and speed limits need to be obeyed but, it’s a forgiving experience. Your driving is rated by score which is gained by passing signals correctly, completing objectives and obeying speed limits. There’s a nice attention to protocol that’s displayed in some of the scenarios. Some work better than others with standard route running taking on a nice, relaxing tone whilst the railyard busywork of coupling payloads and slowly crawling through the train wash can feel a little agonising. It brings a level of variety but those more mundane episodes don’t feel worth replaying as you nurse a train at low speed. At least it teaches you a level of throttle control that can come in handy. 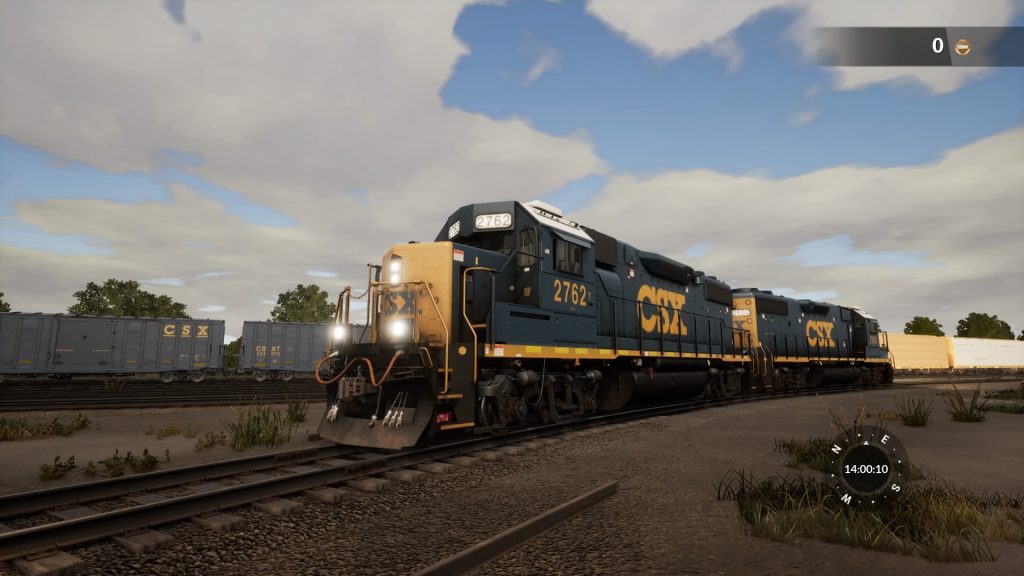 You have three transit companies to work with. Britain’s Great Western Railway, Leipzig’s Rapid Transit system and New York’s NEC network. Each of them has a different feel with GWR covering a lot more distance. Scenarios take longer but your trains can reach greater speeds than the other two services. Leipzig offers a shorter set of challenges for those short on time. Meanwhile, New York offers you the chance to deal with freight and switching rails.

The train controls are fairly simple to grasp with each train operating a similar fashion. Once you’ve rode one, you know what to look for as you turn on master keys, set the reverser, release brakes and operate throttles. Controlling trains is quite tactile as you hit each switch and button sequentially. Once up and running, you can use the Dual Shock’s shoulder buttons to control throttle and brakes but the game never puts you under enough pressure to smash the throttle in a haste. 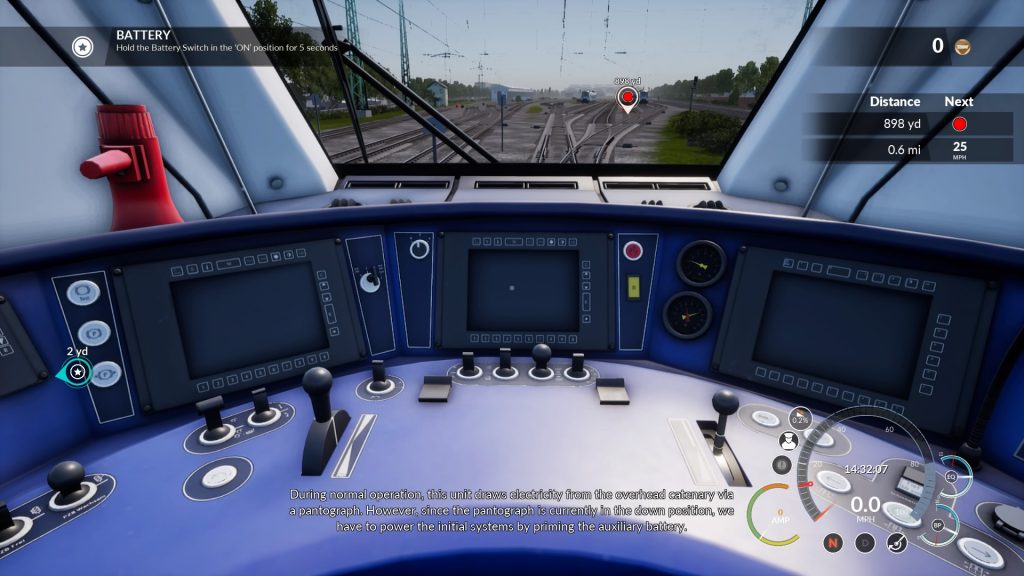 There’s about 18 scenarios you can cover which probably takes you about 15 hours in total. No scenario takes more than an hour with some being as short as 25 minutes. That’s a decent spread of content with more paid expansions expected to arrive to the game’s store. Having looked at what’s on offer, they seem a little pricey. £20 for a new route or £10 for a new locomotive seems too steep when you’ve already paid £40 for the game itself. Maybe that will improve over time.

Visually, this game struggles to keep pace with the Playstation 4. It performs poorly with textures drawing in frequently and hitches are fairly commonplace. Unfortunately, there’s also some accompanying crashes which can lead to lost progress. Environments looks fairly bland with very few opportunities for beautiful vistas. It’s a shame as, with a lot of ground to cover, you’d hope to see some more picturesque towns. One of the joys of rail travel is looking out the window and gazing at the scenery whizzing past. This game has a passenger mode to do so but, with the game looking so substandard, you’re probably better off staying in the cabin.

The trains appear fairly detailed and are impressive to look at. They’re spotless and convey the complexity and intricacy a well-engineered form of transport should. The passenger compartments are completely furnished and stations carry a feeling of being in use. If nothing else, there’s an accurate sense of scale which really helps convey the distances you’re travelling. 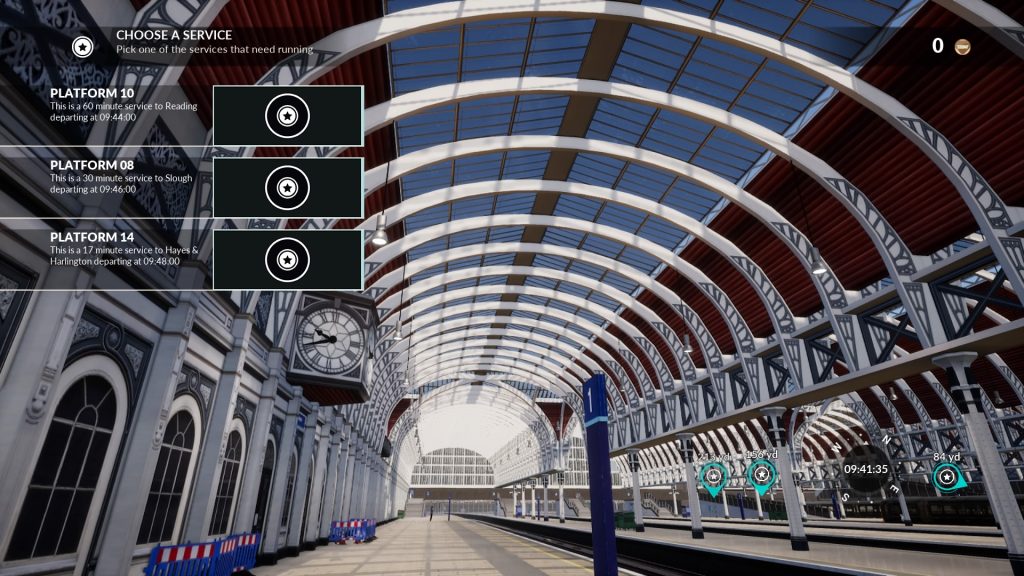 Audio fares a lot better. The passenger trains on offer contain a gentle, electric hum with the power-up of a train sounding fairly satisfying. The engine and the rattle of the rails are your only company for most rides and, for the most part, it provides a pretty relaxing experience. You can blast your horn occasionally which works wonders on a freight train. Each scenario has you handled by a well-mannered narrator who helpfully talks you through the day.

Train Sim World is a nice surprise. It lacks a lot of polish but there’s a charming quality to riding the rails and just going about your business. It’s a very low-risk experience and I can start to see the appeal of job simulators. I’ve enjoyed this.

Train Sim World
6 Overall
Pros
+ Surprisingly easy to grasp.
+ Very few fail-states which make for a low-risk experience.
+ A varied set of scenarios to work through.
+ Train cabins looks very detailed.
Cons
- Visually bland and, in some spots, ugly.
- Intermittent game crashes.
- Expansions seem a little too pricey.
Summary
Train Sim World is relaxed effort that, despite the visual inadequacies and technical issues, proves enjoyable for fans and newcomers. There's a fairly robust package with a decent variety of trains and scenarios. Above all, anyone curious about rail simulators would get what they need out of this. The controls are consistent and operating a unit feels tactile and methodical. The adherence to schedules and protocol give the game a nice, routine feel but you never feel pressured by it.