Bleed was released over four years ago on the PC and now it has made its way to the PS4. It checks all the boxes for an indie game, but does its simplicity work in its favour? 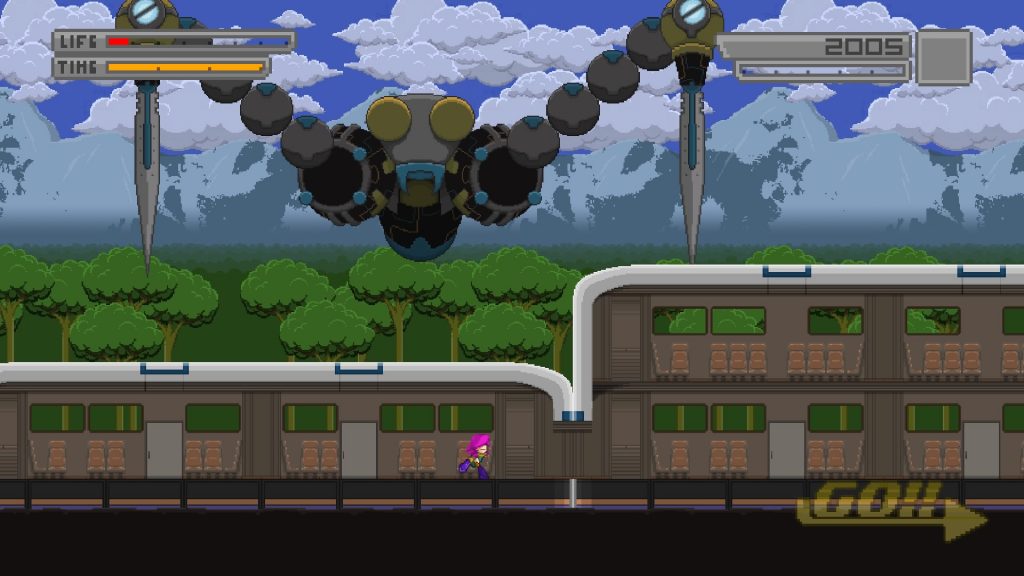 The world has shown its gratitude to its heroes with a Hall of Fame. Six heroes have been inducted but unfortunately no more, and those that were once heroes have rested on their laurels. You play as Wryn who believes she can be the newest hero, even the best hero, and she’s going to prove it by defeating the other six, working her way up the list. It’s a pretty silly story, similar to No More Heroes, but this is an action game, that’s all you need.

Presented in 2D obviously the graphics are purposefully low tech though I wouldn’t say they fit neatly into any ‘-bit era. They do a good job of giving you the information you need to survive and the larger bosses are well designed but it’s not a treat for your eyes. Sound-wise the music is pretty good with some catchy tunes that’ll get stuck in your head. Sound effects are lacking however, with little in a level generating sound making them feel a bit lifeless. 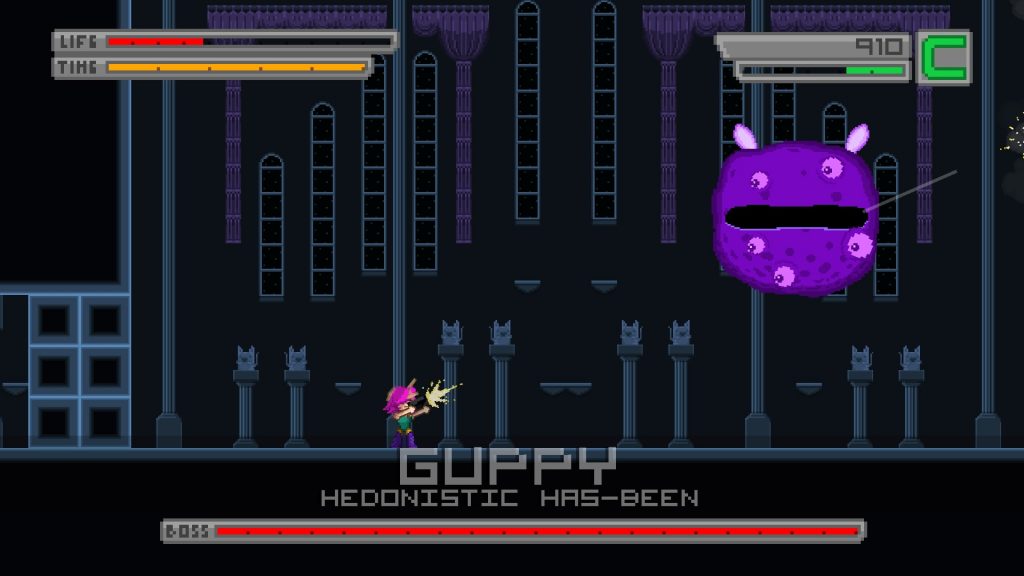 There are seven levels in Bleed, each with a different theme. Stages are short, if finished efficiently each can be completed in mere minutes. There is some light platforming but primarily you will be killing enemies and trying to survive. You shoot in any direction with the right stick (no pressing a button, which is nice), slow down time using a limited meter with L2, jump and dash up to four times with R2 and switch between two weapons using L1 or R1. No face buttons are used which leaves your thumbs free to constantly be moving and shooting and that’s what you want to be doing.

The normal cannon fodder enemies you come across as you progress through the levels aren’t that hard, and if you do feel a stray bullet heading in your direction then the slow motion and generous amount of jumps and dashes should see you right. Combining slow motion and dashing gives you very fine control, letting you weave between bullets if you dare to try, but obviously once the slow motion bar is empty you’ll have to make do without it until it refills. The controls in general are very good so, beyond a wall jump that I didn’t appreciate, you shouldn’t be blaming anyone but yourself for any hits you take.

The bosses are the highlight of the game and they come in sub and main variety. You’ll get at least one sub boss per level and they must be given the same respect as a full on boss. Learning attack patterns and how to nullify them whilst dishing out your own damage is the key to both surviving and getting a good rank. As you land attacks and make skilful dodges a ranking will grow in the corner, from D to S. Getting hit lowers that by some margin so the best way to get an S is to simply not get hit in a level, at all. Thankfully with levels being as short as they are replaying them is not a thing, in fact the game is built around you replaying the seven levels over and over, mastering them. 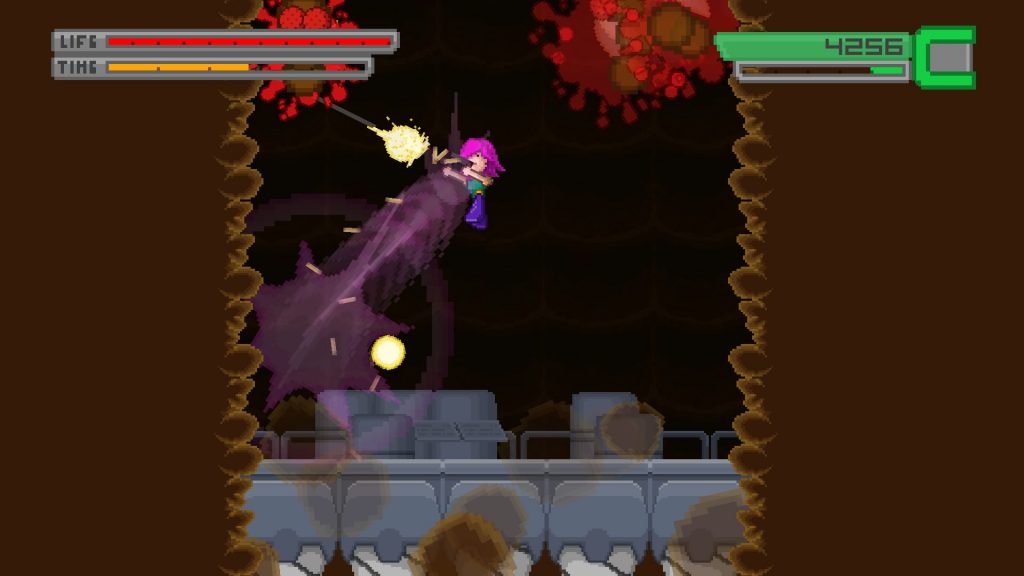 Getting through them on the lower difficulties won’t be too tough. Even if you die in Story Mode you return to the nearest checkpoint so you can retry as much as you want until you finally beat that boss.

There are four different difficulties, Easy, Normal, Hard and Very Hard which changes enemy placement and boss patterns. You gain points during the levels which can be used to buy upgrades. These vary from different weapons to health and slow motion upgrades and you’ll need to play through plenty of times to get the amount of points needed to max everything out. Hopefully once you’ve done all of that you’ll be pretty good at the game and will be ready to tackle the Arcade Mode which tasks you with completing all the levels in a row with one life. Again you have Easy, Normal, Hard and Very Hard to take on and this is where the game’s main challenge lies.

Beyond that is a Challenge Mode where you can choose to fight up to three bosses of your choosing AT THE SAME TIME, you know, for fun or training. Plus you can do all this in a local two player mode if you so choose. Depending on how you approach the game you can be done with it in under an hour, easy. If you want to try to do everything the game has to offer then you’re looking at plenty more time and trophy hunters will be retrying stages to get S ranks and trying their darndest to defeat arcade mode on the hardest difficulty. Thankfully the price reflects the content, although it is more expensive than you’ll find on Steam. 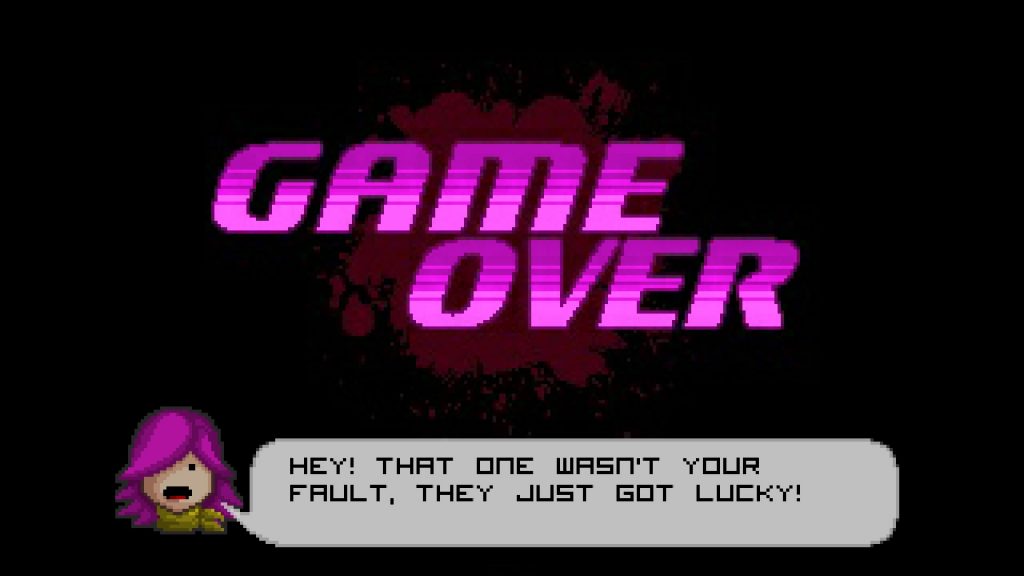 If you’re the type of player that is happy to repeat the same, short levels over and over, improving a little at a time in the hope of perfection then Bleed will provide hours of fun/torment for you to put yourself through. With great controls and well designed enemy encounters it’s a very rewarding experience. If once you’ve seen the seven levels you want to move on then Bleed may not be worth it.

Bleed
7 Overall
Pros
+ The controls are solid
+ Lots of replayability
+ Offers a firm but fair challenge
Cons
- Only seven levels
- Sound is a little sparse
- I really hate the wall jump
Summary
Bleed is a short but sweet arcade shooter that relies on your desire to replay and perfect the game to pad out what is otherwise a very brief experience. Luckily the controls are solid and the boss encounters well designed meaning it holds its end of the bargain up, it's down to you how much time you give it.