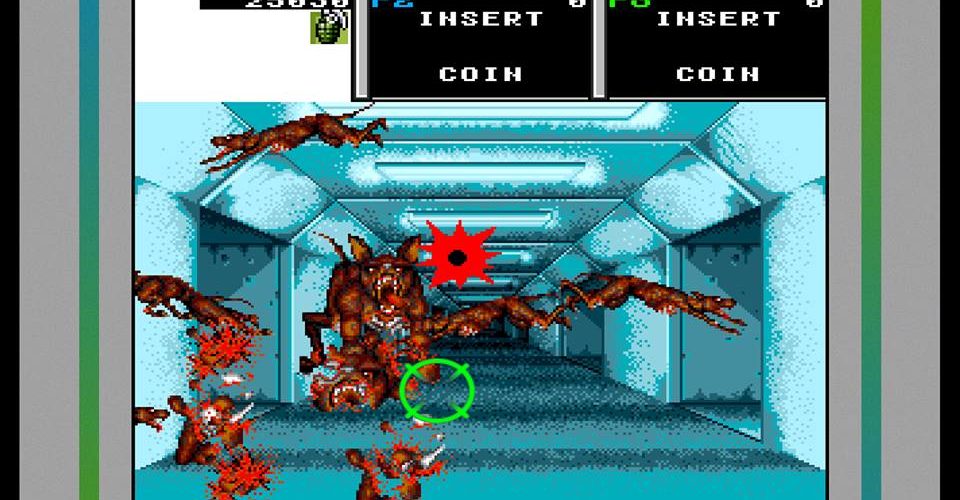 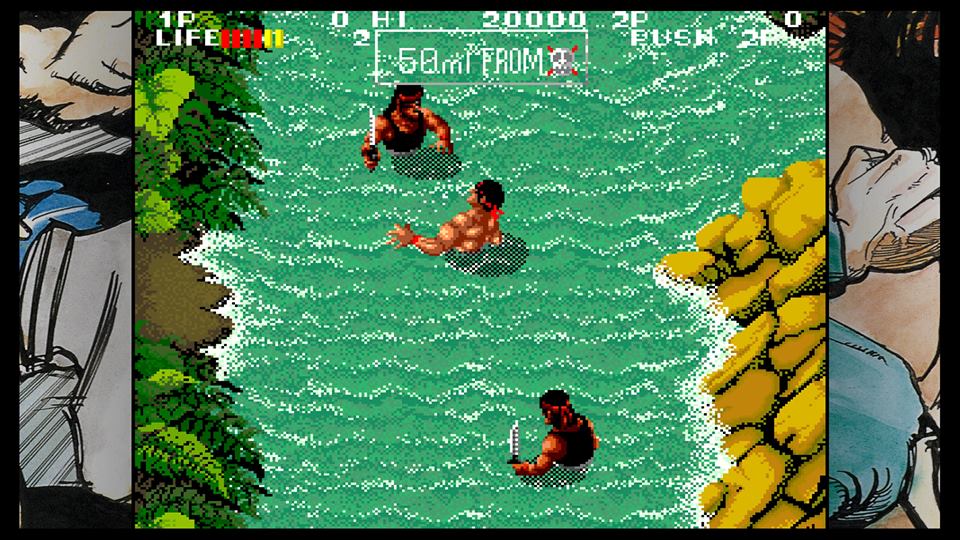 Out of all of the companies you can build a retro collection out of, Pre-Neo Geo SNK is an odd one. While it is entirely undoubtable that SNK have earned their wings over forty years of creating games, their earlier output isn’t exactly all that well known in the west. The company has almost always lived under the shadow of other industry giants such as Sega, Capcom and Konami, who pretty much dominated the late eighties to early nineties with their arcade and console gaming prowess.

When it comes to retro collections, if we were talking about the aforementioned companies, I’m sure that anyone could roll off a list of titles that belong or are wanted on a compilation like this quite easily, however for SNK during the early years I would most certainly draw a blank. This is further compounded when actually presented with the museum treatment and only seeing one title that resonated nostalgically with me, this title being Ikari Warriors. This is despite being an assured retro gaming fanatic with a distinct love for anything sprite based. 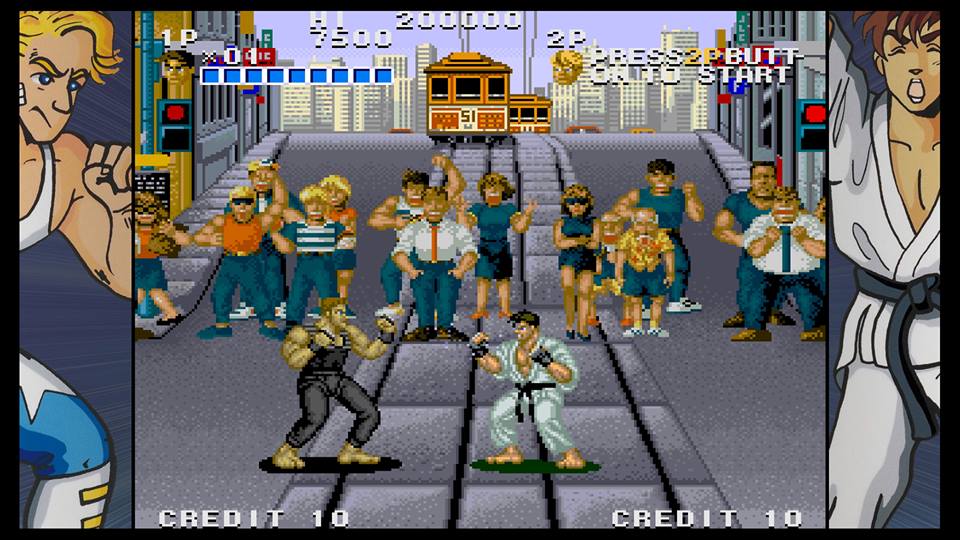 What is apparent from the off, is that this collection isn’t necessarily about preserving a list of games that everyone will necessarily recognise. More so, the set of games seems to be more reliant on building a tapestry that showcases the history of SNK, warts and all. This is particularly seen in games such as Fantasy with its ropey, baffling gameplay. It seems to have the slot purely to showcase that the company experimented with voice samples at an early stage. The collection also includes Bermuda Triangle and World Wars, which are a great example of how arcade game developers would utilise assets from across the office to build games off the same ideas, either to capitalise on what works, or simply to cut costs.

This is not to say that these are necessarily negatives. Sometimes it’s great to play games from fresh eyes and not ones that are goggled by rose tinted glasses made from familiar experiences. For example, Search and Rescue has quickly become a favourite of mine, it’s not a title I had any prior knowledge of, but after spending some time in the Ridley Scott bothering corridors shooting aliens with Max Payne dodging mechanics, I soon found myself having a great time. The bizarre Prehistoric Isle also raised a smile with its odd fusion of red baron shooting gameplay and towering thunder lizards. Other standouts include Munch Mobile, an odd driving/ snacking game, The Ikari Warrior series (of course), Space Invaders meets ninjas Sasuke Vs Commander and Psycho Soldier. 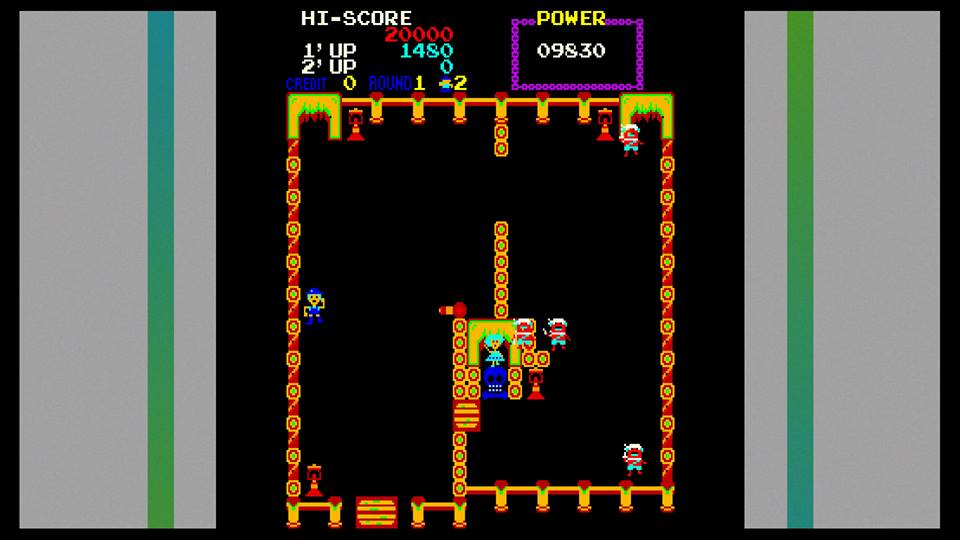 However, amongst the hits will be the inevitable misses. This is mostly down to the ways that controls translated to a PS4 pad, but games such as Beast Busters and Paddle Wars for example fail to hit the mark for me, mainly due to the lack of Lightgun or paddle controls. There is always an overabundance of games that play like Ikari Warriors, which is understandable as this is the poster child of the collection, but it does mean that you would have to find the series a good time before enjoying a good third of what the collection has to offer.

It appears that Digital Eclipse looked at the lack of familiarity that some would have encountered with this collection and have included a large amount of content and consideration to assist those without prior affection. Each title includes an impressive amount of content behind it, from magazine scans from the era, information about the hardware that the games were made for and modernised controls to ease the player in. This is also flanked by the ability to switch regions for minor content changes or even switch up formats for which the games released, most of which would be the NES versions or Arcade. 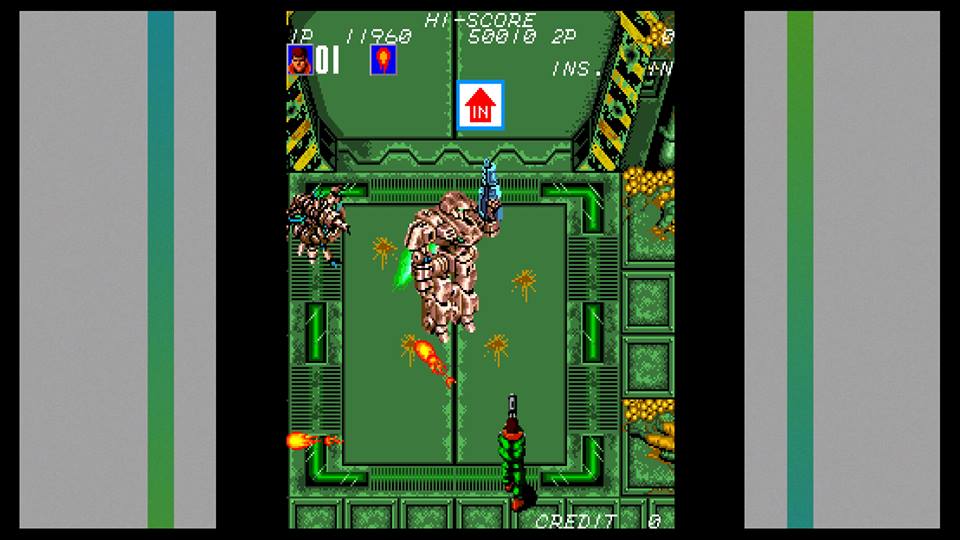 The most impressive aspect of all of this is how Digital Eclipse have made the games accessible for newcomers. From the menu you can select game paramaters to dictate how many lives you have per credit and to set time limits to your liking. Also included is a couple of features which really do set this collection apart from previous rom libraries that I have played before. At any time during a game you can hit L1 to rewind the action, this is a fantastic feature for those who would prefer to simply get through a game and see all of the content possible within. A lot of early arcade games such as these are notorious for their high difficulty, such was the way to earn as much money as possible and SNK games are no slouch in this department. The rewind feature takes the sting out of inevitable defeat and allows the player a quick means to get back into the action and train them self to watch for stray bullets or to learn mechanics that are otherwise purposefully cryptic. Another great feature is the ability to view games being played from start to finish, with the possibility to jump in at any given time and take over. This is a neat way to see the game being played perfectly, while learning the mechanics without that sense of trial and error.

It’s these aspects that makes the collection as enjoyable as it is and it’s quite impressive that despite having such a mix of unknown games as this, that I found myself going back and enjoying the titles as much as I did. This is testament to Digital Eclipse and their ability to pull a compilation together and to include features such as the above that tie them all together nicely. The set of games may not be the greatest or most iconic in history but sometimes the legacy of our favourite games isn’t so rosy and it can be just as important to remember these as much as the greats.

SNK 40th Anniversary Collection
7 Overall
Pros
+ Lovingly arranged with some great museum extras
+ Quite an eclectic with some genuine curiosities
+ Being able to watch a game being played and taking over at any time is a nice touch
Cons
- Some really questionable inclusions game-wise
- You really need to be an Ikari Warriors fan to enjoy the majority of the collection
- A lot of these games can be considered “one and done” deals
Summary
Digital Eclipse has proven once again that they do a great job of porting classic games into museums of retro gaming. The only issue is that the SNK 40th Anniversary Collection is a little short on actual classics. However, there are more hits than misses in this somewhat eclectic mix that should please most, especially fans of Ikari Warriors and the many self-made clones that followed the series.