I remember describing Layers of Fear as a spring-loaded ghost house. It was an interesting horror effort but the story seemed to play it’s hand too early and some puzzles impeded the game’s flow. Polish developers, Bloober Team are back with a sequel and, second time around, things come together a little better. 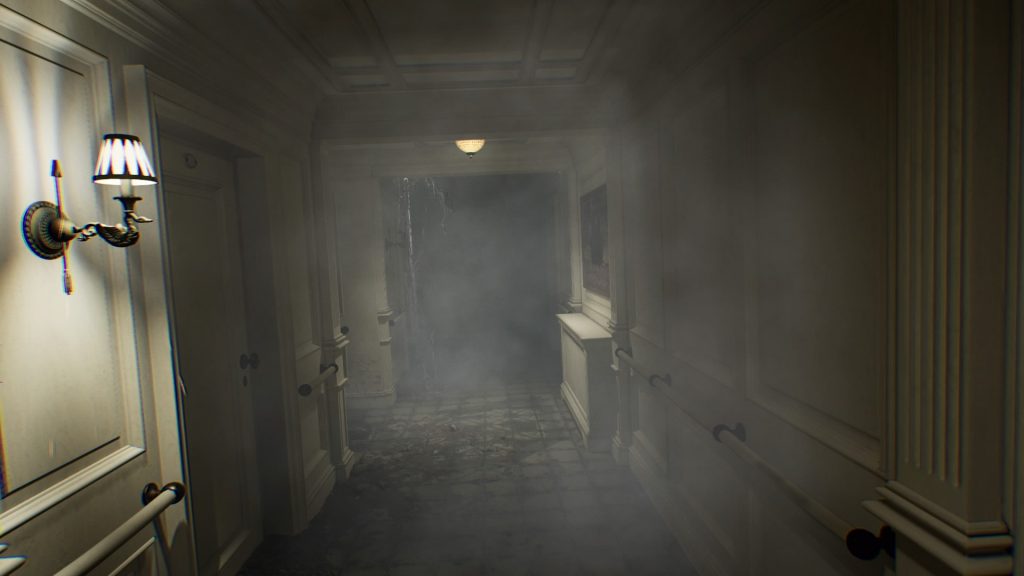 Layers of Fear 2 is not a direct sequel but the plot still holds some commonalities. Rather than playing an artist, you’re now inhabiting an actor who, whilst preparing for a role, gets drawn into a personal night of torment. Their latest assignment takes place on a working ocean liner whose tight corridors suit the claustrophobic horror quite well. It’s an emotional, personal story which holds some twists back for a rather poignant conclusion. Unfortunately, the manner of the game’s storytelling takes the edge off. There’s a lot of ominous monologuing about playing your part and wearing masks that feel played out. It’s a problem that was present in the original so it’s a pity writing hasn’t tightened up since.

One thing that has sharpened is the visual treatment. Layers of Fear 2 is crisper, colour appears clearer and it seems that the Unreal Engine has been put to great use. There’s plenty of monochromatic interludes that don’t produce a strain on your eyes. Shadows and light are used to make things clear. The ship is portrayed brilliantly with its metallic, rocking corridors appearing well-maintained and period appropriate. There’s a precision and care taken in the environments that make them seem lived in. 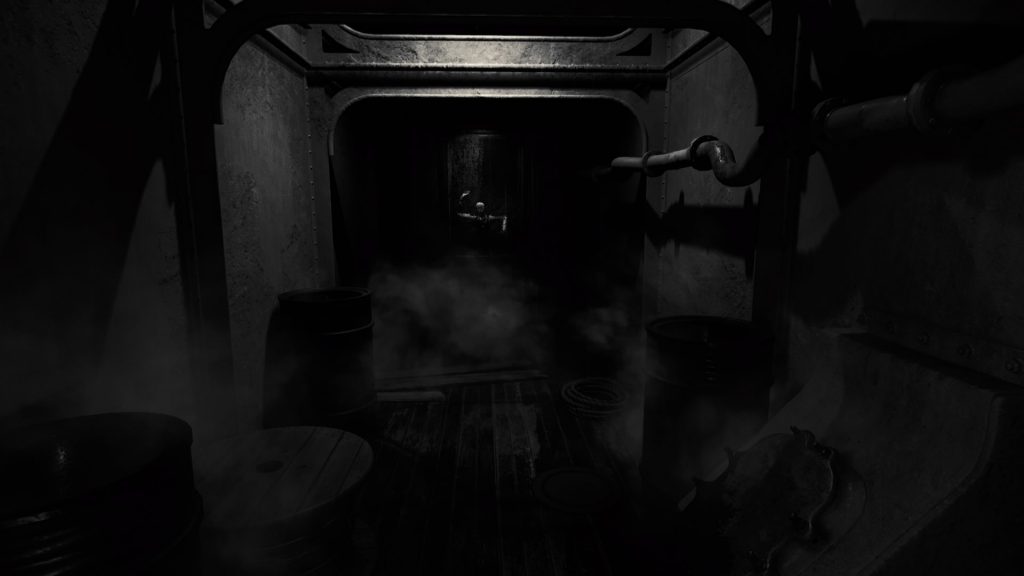 At its heart, it’s still a spring-loaded ghost ship. The psychological horror on offer retains the shape-shifting appeal but the simple jump scares are better executed. I often think giving the player control through most of it allows for moments of shock to be missed. Indeed, I’ve had a couple of instances early on where I’ve simply missed the mark and just found myself confused by some moving parts. Layers of Fear 2 is a lot better at holding your attention.

Interaction keeps thing simple. You’ll spend your time moving through rooms, opening doors and solving puzzles. You can pick up items for story context and move them around to reveal further information, although this is sparingly used. Door opening remains nice and tactile as you hold down the right trigger and then move the right stick to open the door. The two-step process does offer something different for what’s essentially a mundane process. Other than that, there’s not a lot to grasp. 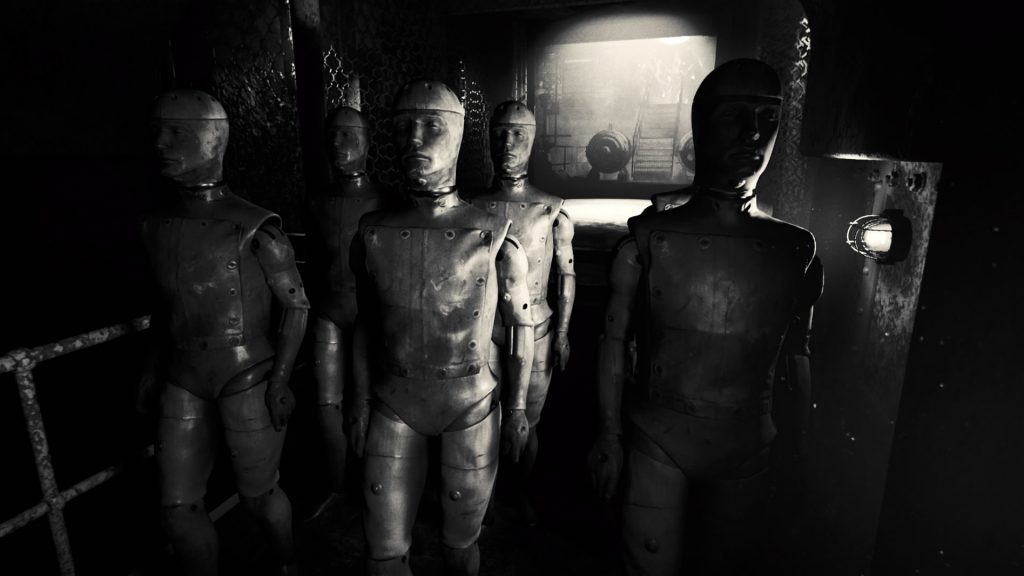 I remained engaged by the latter stages by the familiar box of tricks. Perspectives change, paths move in and out of existence and you’re very much strapped in for the ride. Palettes swap when the mood fits and you find yourself welcoming a room with actual colour on show. Puzzles remain simple and don’t stifle the flow. They help break up moving from place to place and your progression through the ship is almost exclusively linear. There’s very few opportunities to branch out but story snippets and collectables allow to make exploration rewarding. One of them even has a decent pay-off which I won’t spoil.

What’s new to the formula is the idea of being hunted. Periodically, a faceless menace will arrive to give chase and your only option is to run. It brings with it failure which can provide some irritation. Momentum can be halted as you try to outrun this monster and, in one early race, the checkpoint on hand dealt me a timing window that was simply too tight. Luckily, other instances proved less of a headache. It does provide an added tension and you do grow to fear his appearance. All these events are scripted so there’s a sense of occasion to these. Mercifully, they tend to be short. 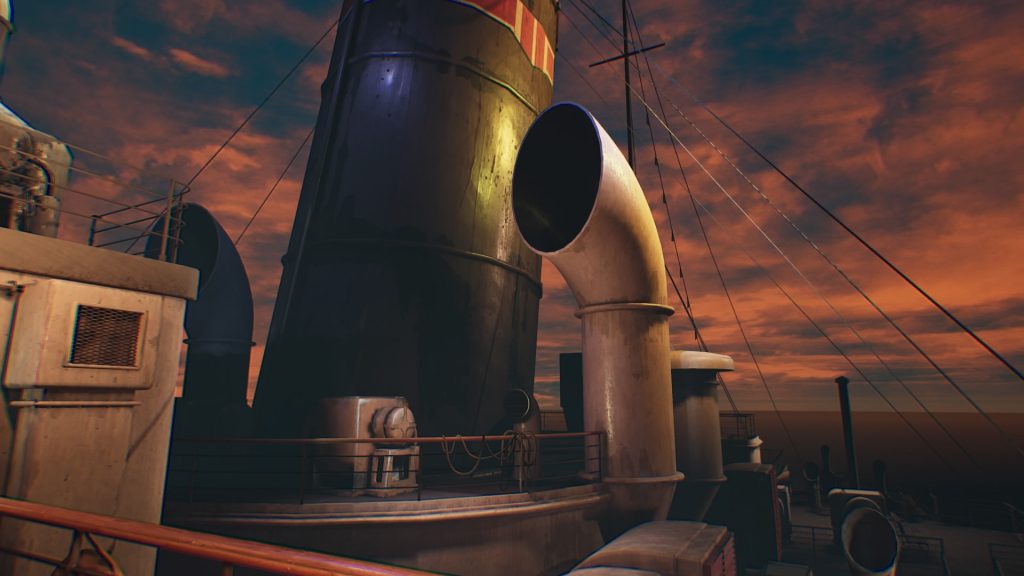 Voice acting is sold very well. There’s a persistent storyline involving child stowaways that’s portrayed nicely. It’s a tiny cast of characters that keeps things easy to follow. Sound is there to provide stingers or shocks more than an overbearing atmosphere. Solved puzzles are signified by a chime and a scratchy soundtrack tends to arrive when the monster makes his presence felt. It’s effective but I feel it doesn’t unnerve me second time around.

Layers of Fear 2 has been helped by the passage of time. The game looks sharper, cleaner and really nice in motion. Environments are meticulously crafted. The story remains a deeply personal one but the same problems with the writing persist. For a game that shows a lot, it loves to tell as well. The new threat of the chase gives the game a much needed tension, even if some of these segments stop Layers of Fear 2 dead in its tracks. Mostly, it’s an upward improvement and I’m keen to see what Bloober Team do next.

Layers of Fear 2
7 Overall
Pros
+ Sharp, clear visuals.
+ Great environmental design.
+ The scares are better executed.
+ The chase scenes add some great tension and immediacy.
Cons
- Storytelling is a little heavy-handed.
- Failing the chase sequences can stifle the game's fluency.
- Sound design seems underplayed and doesn't enhance the atmosphere.
Summary
Bloober Team have made some important strides with Layers of Fear 2. Visually, there is a sharper, clearer look on display. Pacing is improved with scares not being laid on so thick and heavy. It does seem to lack some atmospheric qualities but the chase sequences do offer the player something to beware. Failure can hamper the flow and the storytelling is a little heavy-handed. For the most part, Layers of Fear 2 is a good effort.