Gravitar: Recharged is the latest from a resurgent Atari after Kombinera the other month. Developed by Adamvision Studios in conjunction with Lithuanian codeshop Sneakybox, comes the latest, as the title might suggest,  rehash of an old IP. Gravitar is a forty year old arcade game, with the 2600 version coming in time for holiday season in 1983. So you might be forgiven for not being particularly familiar with Gravitar unless you’re a huge James Bond fan. Kim Basinger’s character was about to play it in Sean Connery’s last hurrah Never Say Never Again you see. Not to mention it was nails hard into the bargain.

We had a Speccy so we’re more familiar with a game inspired by Gravitar, 1986’s Thrust. Now we feel really damned old, especially when the game inspired by Gravitar is almost four decades old too. Remarkably, Gravitar: Recharged does a great job of aping the basic gameplay principles of the original game with only a few embellishments. The arcade game was gloriously rendered in vector graphics with the 2600 version being rather more lo-fi as you might expect, especially given the limitations of the hardware of the day. 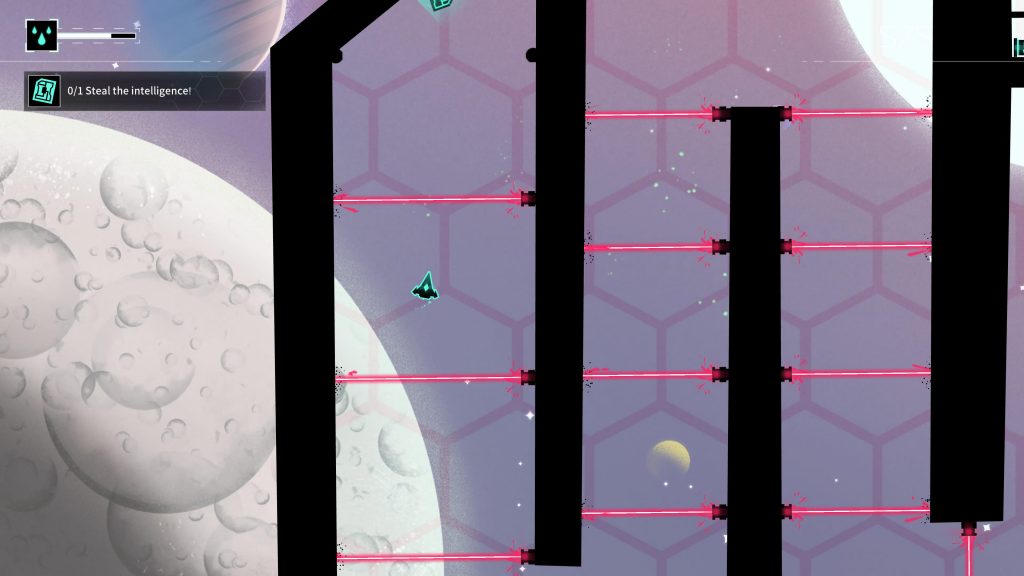 One major change for anyone familiar with the original game is that there’s additional power-ups now. They being homing missiles and an EMP amongst others. The core gameplay loop is still largely intact in terms of you avoiding crashing into planetoids while also staying refuelled into the bargain. In terms of the difficulty, using a modern controller is a big improvement on the arcade machine’s jog dial controller. That plus the UFOs don’t hunt you down like they did in the original either.

Your main enemy on the more densely populated levels isn’t the the turrets or flying saucers, it’s more often than not your own momentum. If not that, it’s the shield generators that render enemies impervious to your projectiles. On later levels especially, you’ll end up taking circuitous routes to take out multiple shield generators and trigger switches. That’s the only way to reach objectives without facing an onslaught of homing missiles and dumb bullets. 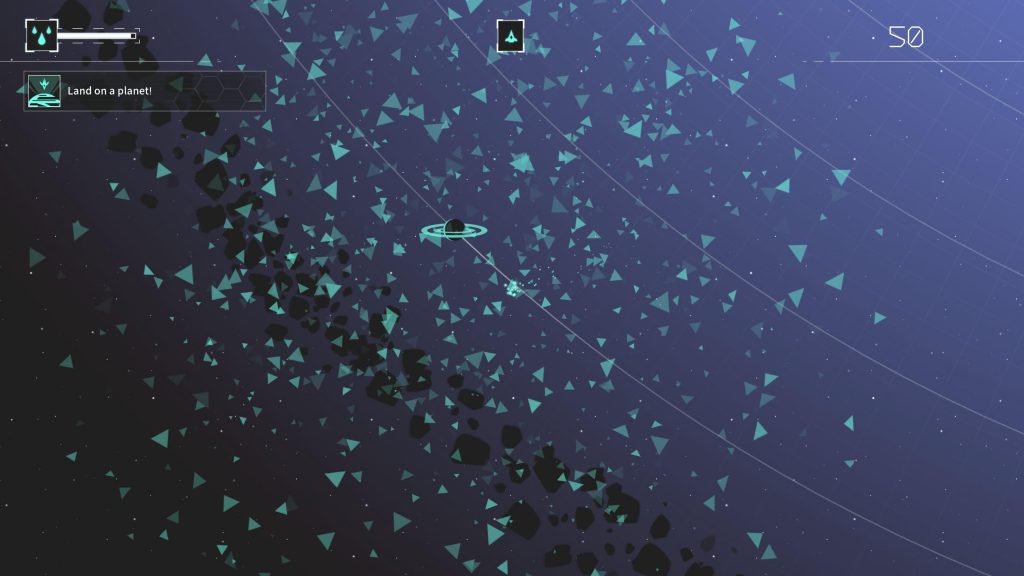 Playing in arcade mode has you flying around a solar system orbiting a sun with a fair gravity well. Levels are selected by staying in close proximity to a planet for long enough, at which point you’ll be flung into a level. Critically, if you end up running low on fuel upon completing a level, you’ll start the next still low on fuel. So rather than using the explosive properties of fuel barrels, you’ll often be better served by making sure your shots avoid them so you don’t crash and burn otherwise.

There are six level archetypes you’ll face. Rather than subject you to the tedium of listing them in turn, we’ll attempt to summarise otherwise. You’ll get a feel for which level type best suits a successful run through a solar system, though the hardest of them all is the reactor assault. 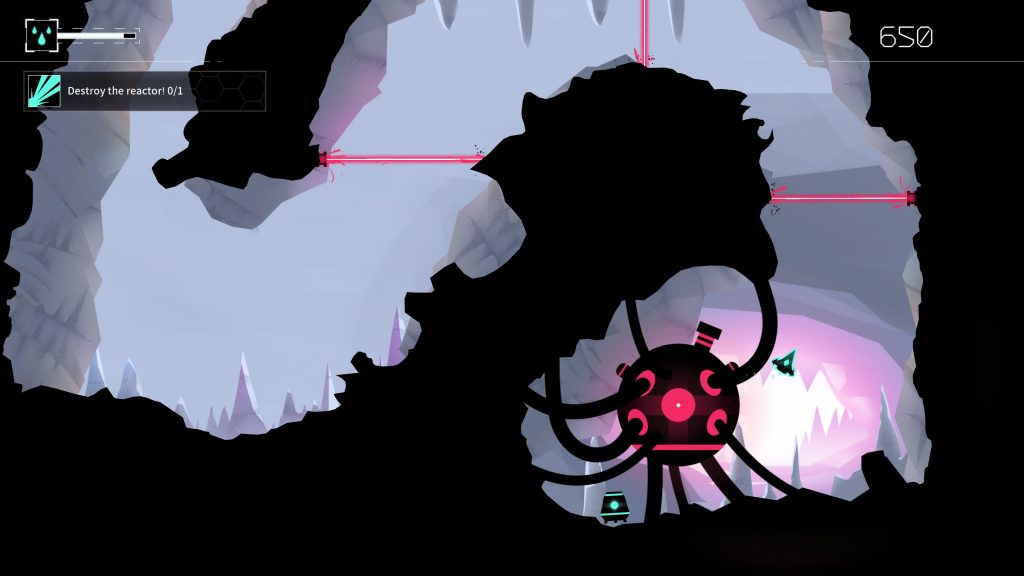 Oddly, the early reactor levels prove harder to conquer flawlessly than the latter examples, mainly due to you being given far less space to manoeuvre in than subsequent levels. Though the later levels have many more objectives to fulfil, so it’s a little galling when a lucky bullet ends a lengthy attempt. Forgiving this is not.  None of your modern checkpoint frippery here, alas.

In being a fairly faithful recreation of an old game, Gravitar: Recharged doesn’t have much depth compared to modern games, but neither does it resort to any of the tedious filler that plagues newer titles. No collectathons here, simply an arcade mode and a mission mode. 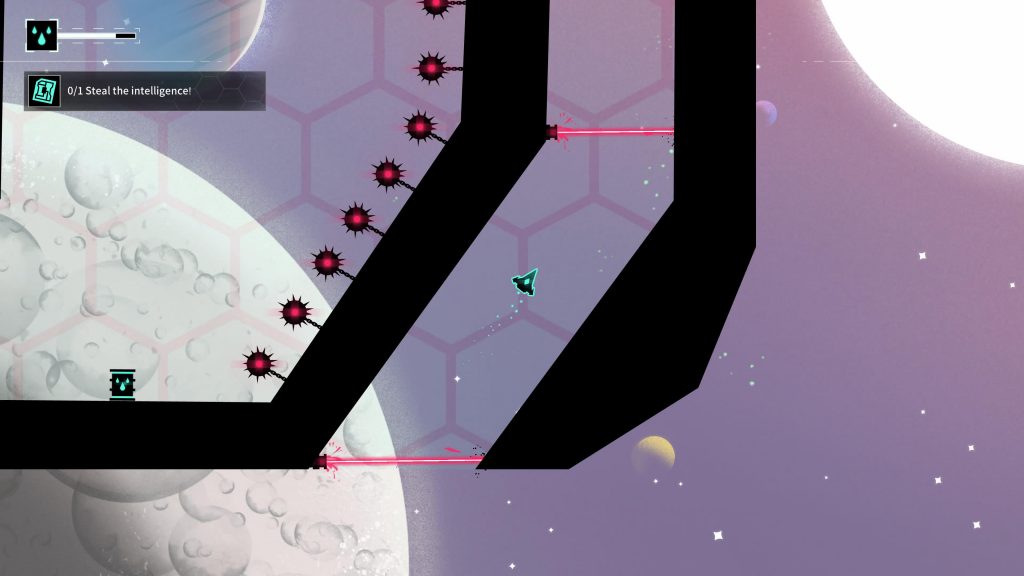 The latter proves valuable to making any headway in the standard arcade mode as it allows you to practice at length, as well as getting a feel for the handling of your ship. Some asteroids have somewhat idiosyncratic gravity effects and we repeatedly struggled with them, especially when faced with multiple enemies in the equation too.

This is all soundtracked by some lovely tranquil music from composer Megan McDuffee, which lends a rather zen feel to what might otherwise be a stressful environment otherwise. On top of everything, Gravitar: Recharged is priced at a very reasonable £7.39/$9.99, putting it firmly into impulse buy territory. Atari must have done something right as it stopped us playing Slay The Spire for a while, put it that way. 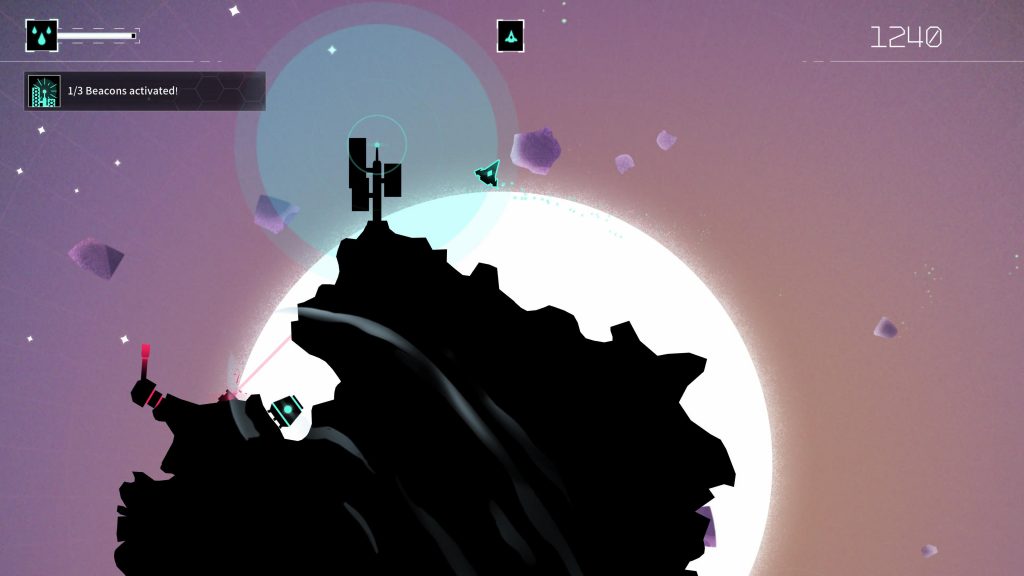 In conclusion, Gravitar: Recharged is a great reimagining of a classic arcade game with a slightly modern twist. If nothing else, we wish the original game was included in the package, just so modern audiences could see how faithful this is in terms of conveying the spirit of that which came before. In isolation, context may be a little lacking for some.

Cons
- Perhaps a little shallow for some
- Later levels can get a bit overlong, no checkpointing
- The reactor levels are harder at the outset than the later iterations
- Could do with a little context with regards the original arcade game
Summary
Gravitar: Recharged is a fine remaster of a classic Atari arcade game, though you’d be forgiven for never having heard of it otherwise. It’s not the deepest game ever, nor does it need to be. Well worth a go due to its cheap price too.