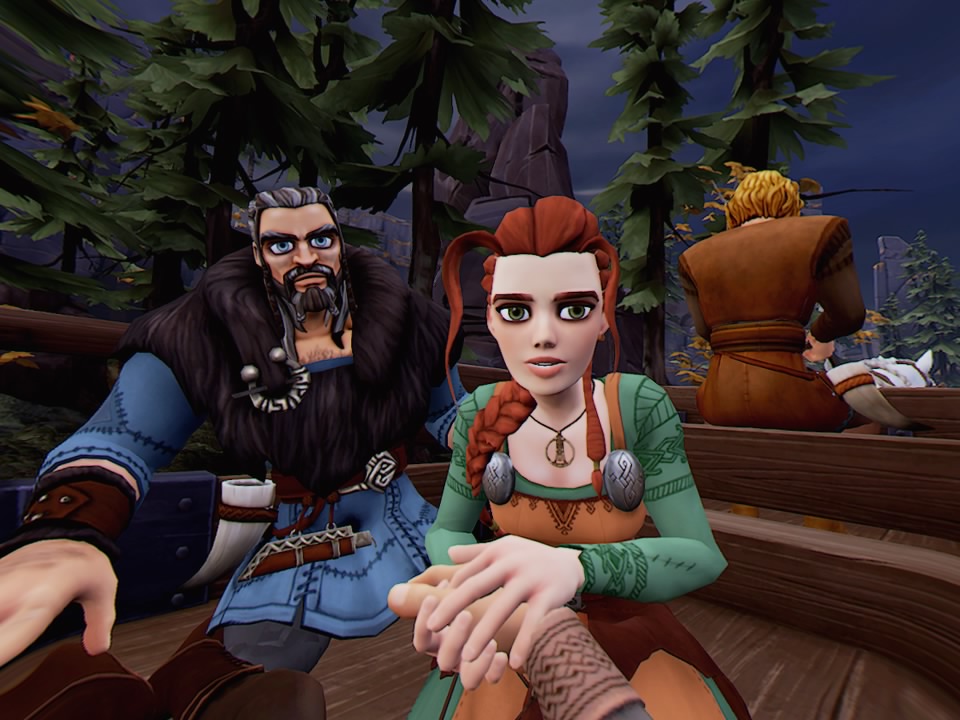 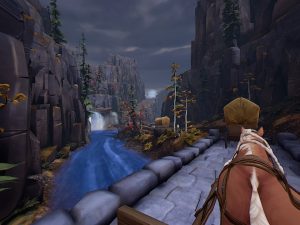 FATED: The Silent Oath is a new release for PSVR. An adventure game that, although the title doesn’t make it obvious, is episodic. This is merely the first part of the story.

You play as a Viking father who has recently died in an accident. A god is willing to make a deal with you however, you can go back and look after your family if you give the god your voice. A good excuse for a mute protagonist to be sure. You wake up in the back of a wagon with your wife and the village chieftain returning to your village and the rest of your family. Your adventure begins proper as you join up with your daughter, nephew and a woman who has visions of the future.

She might be related to you, I’m not sure. I like to have subtitles on as I play games in case I mishear or fail to hear some important information but FATED doesn’t have any subtitles. Since the volume of the speech changes depending on distance there are quite a few things I missed whilst playing. Were they important? Who knows? Give me a subtitle option in your dialogue heavy game please.

Being mute you’d think people would just talk at you like in Half-Life or something but in actual fact you do get asked ‘yes or no’ questions which you can answer with a nod or shake of the head with the VR headset reading which it is. It’s an idea that works although you’re not going to be massively changing the story with your responses. 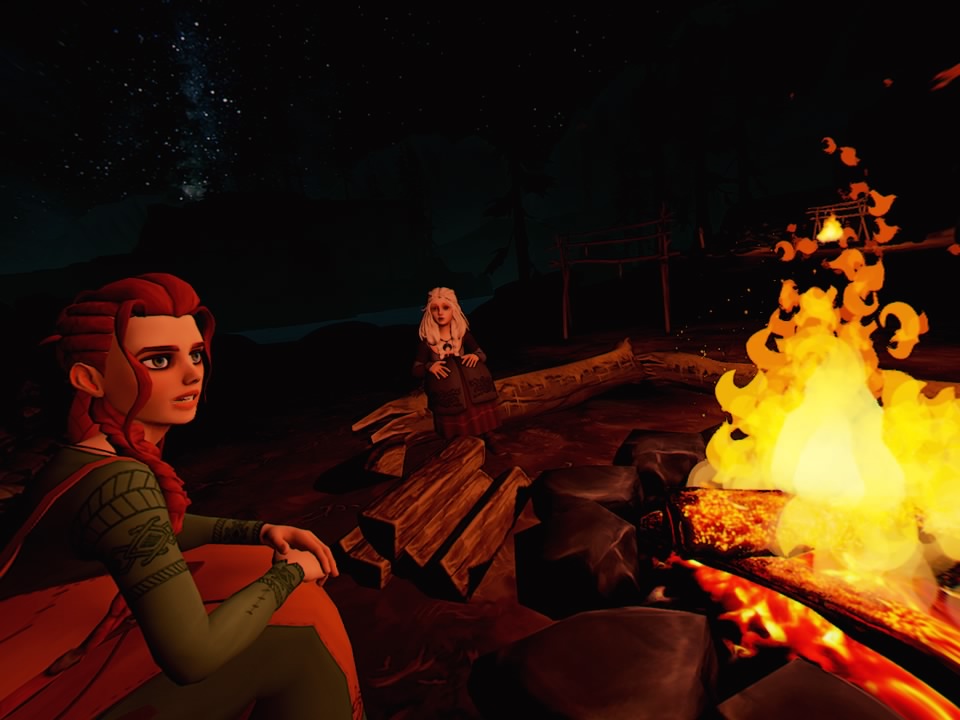 Beyond that you have full movement with the left stick. Generally speaking you’ll be following your family or leading the way through a very simple environment, there’s not any cause for exploration. You can rotate your body with the right stick although you can only choose the amount of degrees you can rotate by, you can’t choose a straight analogue movement. The options range from twenty degrees to seventy degrees in one press of the analogue stick. There are quite a few other anti-sickness precautions for you to choose from. I lived without them but there are patterns on the floor you can activate that move with you to give a feeling of stillness or a full ‘cage’ surrounding you if you need it. It’s nice, and necessary, to have options for those that need them.

The visuals are more stylised than realistic but it looks pleasant for the most part. Characters tend to move to their positions and then perform their animations which feels a little stiff but it’s nothing too offensive. Objects more than about ten feet away are a little blurry but again it’s not game ruining. The character models are solid and the framing of a lot of the scenes is well done considering there are usually multiple characters and you can move your head freely. 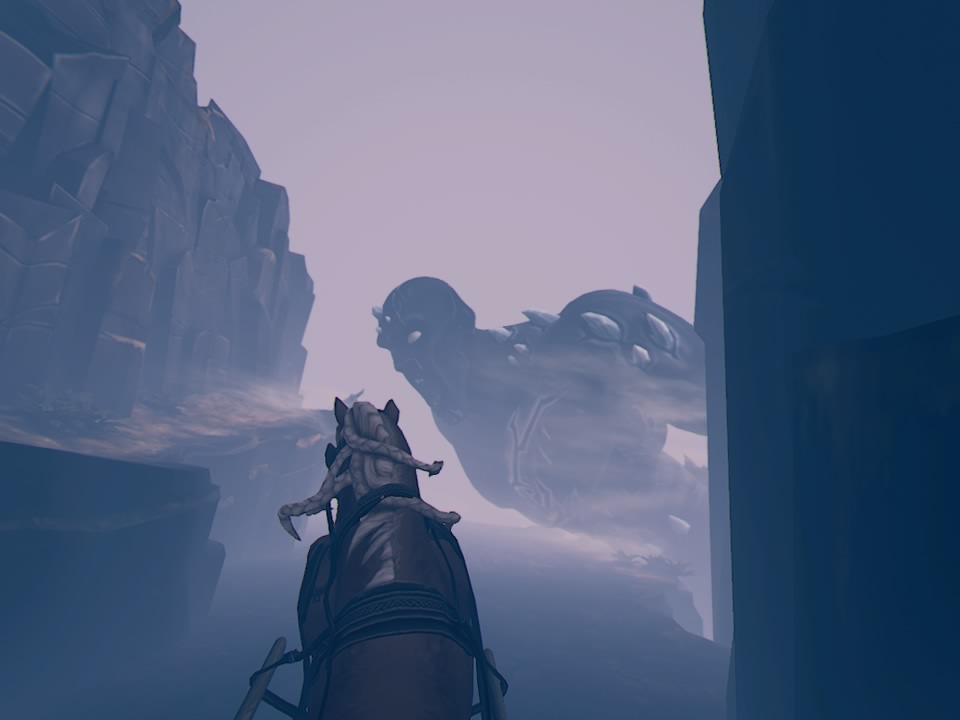 There are a couple of other minor interactions you get to play out during the game, from hunting with a bow and arrow, driving a horse and cart and a couple of minor puzzles but this is primarily a narrative driven game. Those tiny bits of interaction are few and far between and pretty simple. Don’t come expecting lots to do.

On top of that the game is over in under a couple of hours. It ends rather abruptly. I wouldn’t necessarily call it a cliff hanger but it does end straight after the biggest event of the game which I wouldn’t say left me wanting more but left me a little unfulfilled. Something happened, people react, the game ends. It doesn’t really set up enough for me to anticipate where the next episode might go but at the same time I am interested. 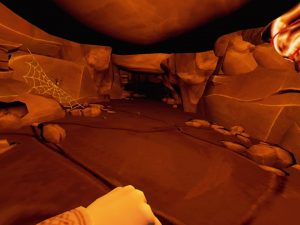 I understand why this isn’t a complete game right now, earn some money to fund the next chapter and so on, but I do feel this will be a far better experience once the full package is out there. Hopefully things will move on and improve as well as there is plenty of room for it. There are elements like the nodding of the head to interact with people that I can see becoming the norm in games to further draw you into the world but the sense of adventure and belonging in your family isn’t quite there.

For £8 you get a film length adventure which has potential to lead on to something good. As it stands at the moment there are a couple of barely interactive set pieces, some basic puzzles and a snippet of story. If they can build on this foundation then FATED may be one to watch but at the moment I can only recommend it to fans of this burgeoning genre.

Fated: The Silent Oath
5 Overall
Pros
+ Some good ideas + Decent set pieces + Visual style is strong
Cons
- Very short - Story isn't as gripping as you'd hope - Very limited interaction
Summary
Fated: The Silent Oath is a very short experience with limited interaction. The ability to nod and shake your head to communicate with characters is fun and the visuals are appealing but in the short running time I struggled to bond with the characters or get invested in the story. Hopefully a second chapter will improve on things as there is a lot of potential.