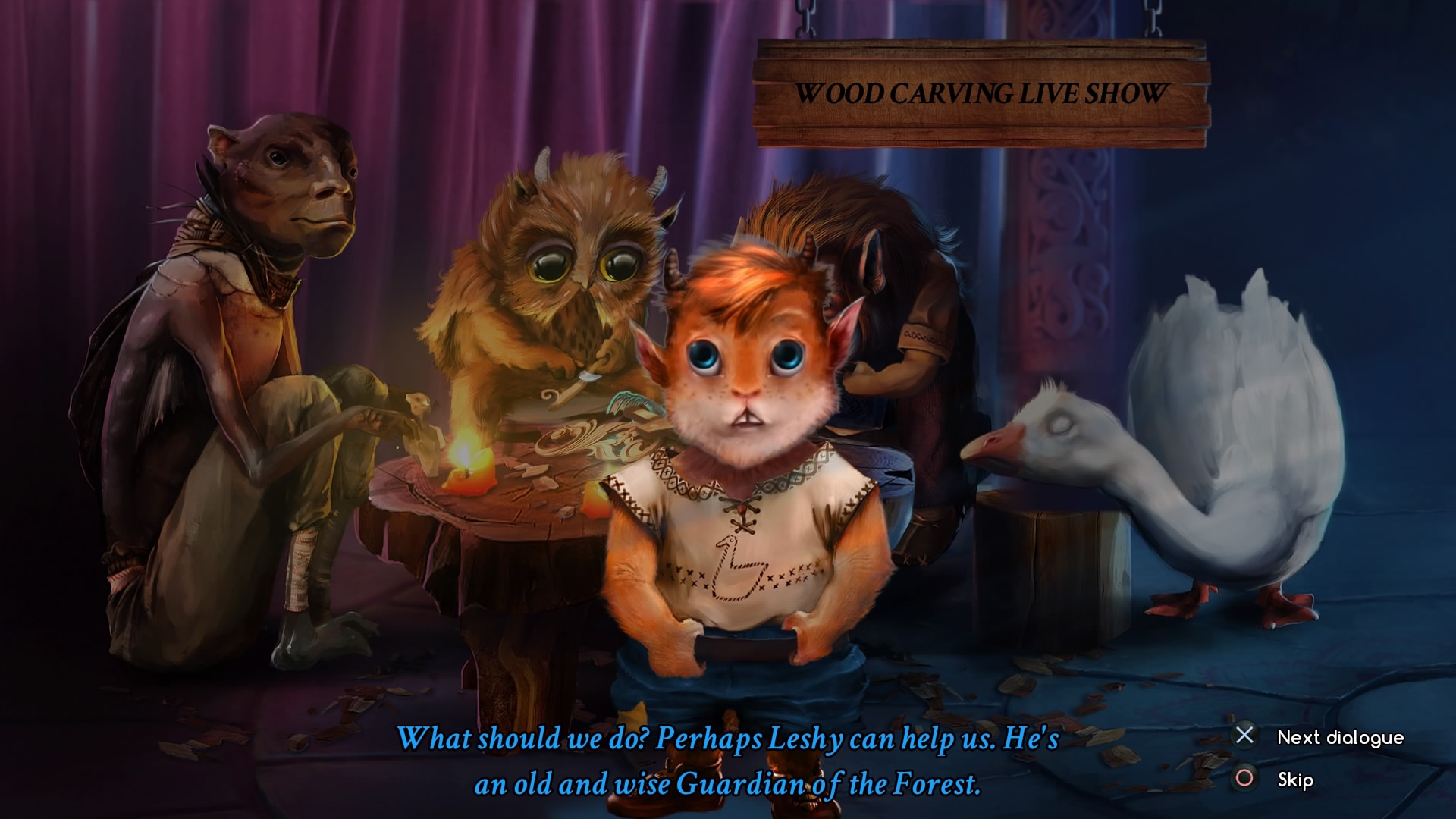 Artifex Mundi know how to tell a tale and their games all survive on the eventful stories being told. The sheer volume of what they put out has allowed them to explore a whole range of topics and settings. Eventide: Slavic Fable once again works within the same light adventure gaming genre as their other output, but this time touches on a topic I knew little about.

The player takes control of a young woman as she seeks to rescue her grandmother from an evil fairy tale creature, Boruta.  Your grandmother is the manager of an historical themed amusement park, based round Slavic fables, and as you explore the amusement park you quickly discover this park hides secrets. It is an interesting set up and based on ground unfamiliar for me so this lent the game a different kind of feeling of exploration.  Overall the story told was engaging enough to drive the game, but lacked the mystery element I enjoyed so much from Enigmatis: The Ghosts of Maple Creek. 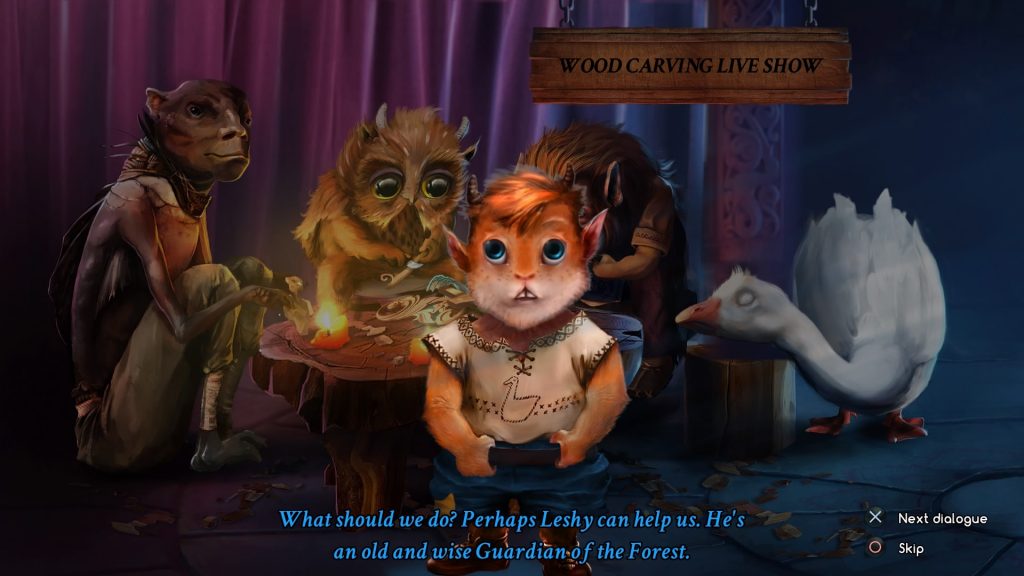 The game plays out similar to the other games from Artifex Mundi and you navigate through a series of well drawn 2D backgrounds solving puzzles along the way.  In controlling the game you have a circle which you move around the screen and you have to interact with objects, sometimes zooming into certain specific locations. Interaction is limited to pressing the X button to touch objects, or sometimes opening up your menu to combine items together.  You have no direct control over a character and progression is simply on a screen by screen basis. 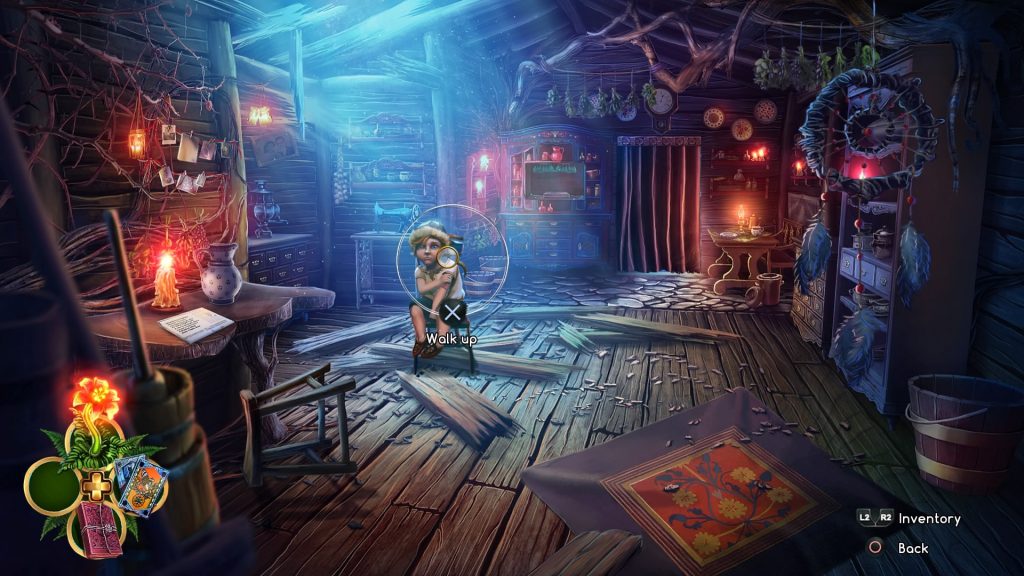 Unlike the other games I’ve played Eventide: Slavic Fable relies less on the traditional hidden object puzzles, although these are in here.  Often during this game you’ll be finding points of interest on the main screens to uncover keys to allow you to open boxes or chests, which in turn may provide a piece of a puzzle for later on.  On the whole the puzzles felt much more involved than in previous titles.  There was more backtracking between screens and often more to collect, other than just locating hidden objects, and this leant the game a breadth making it feel larger than it is.

In talking about the puzzles Eventide: Slavic Fable manages a decent line in logic tasks.  Often the task will have you moving items around to fit in specific shapes, make certain arrangements or 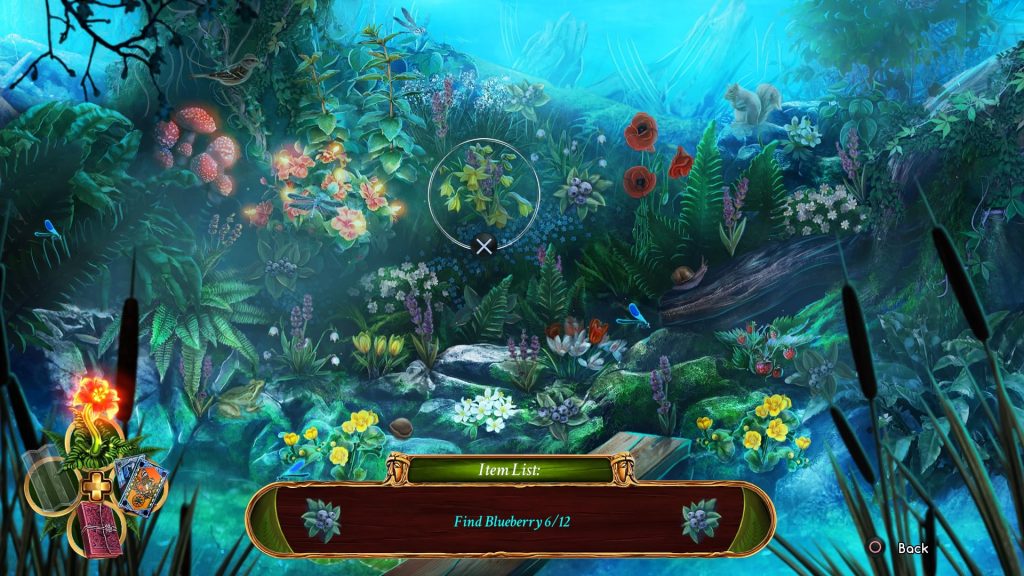 mixing recipes.  Nothing is ever too difficult but they are generally the kind of puzzle which demand a bit of patience and thought, they do seem to strike a decent balance of challenge with them.  Should you get stuck there is always a hint system available which effectively gives you step by step instructions in order to complete any aspect of the game.

As with the other games by Artifex Mundi this game shares the same weakness. The cutscenes and character scenes look distinctly lower quality than the rest of the game. There is almost no attempt to make the characters mouths move in keeping which what they are saying, although the characters you meet aren’t always human so this issue is limited somewhat.  This is a shame as it often pulled me out of the carefully crafted atmosphere.  I also noticed the size of the cursor more in this game and on a couple of occasions I had to fine tune what I was aiming at to ensure I was selecting the correct object.  If these interactions could be tightened up then the whole game would feel that much more immersive. 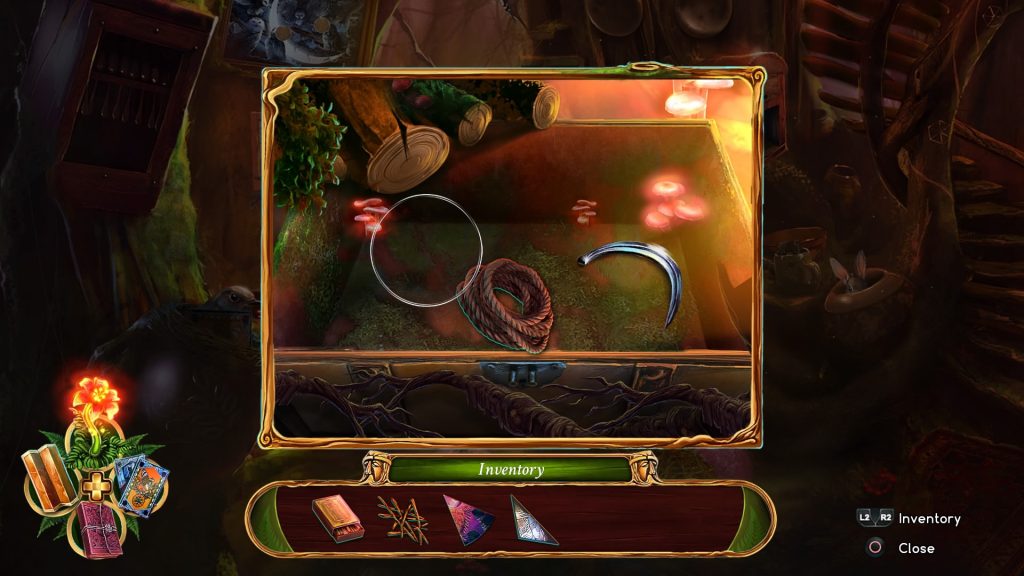 These kind of adventure games have a clear template and Eventide: Slavic Fable pretty much follows this to the letter. Whereas other games have offered Mah-jong puzzles, or even crime walls to separate themselves Eventide offers cards to collect.  These cards form part of a bestiary and provide snapshot portraits of the various characters you’ll meet. There is no gameplay need for these other than to bulk out the story and setting, and as the setting was something I was unfamiliar with I found these little portraits interesting to read.

Eventide: Slavic Fable is another solid entry into the light adventuring genre which Artifex Mundi have made their own. The star of the show for me was the interesting subject matter, and thanks to this game I now know a bit more about Slavic fables. The puzzles veer more towards logic puzzles rather than hidden object ones which should be borne in mind. Although there may be nothing too challenging here this is a game which is as much about the story being told as it is the limited gameplay.

Eventide: Slavic Fable
7 Overall
Pros
+ Decent setting and interesting story
+ Good range of puzzles
+ The addition of bestiary cards adds a collectable angle
Cons
- Poor cutscenes and voice over work
- The aiming reticule felt a little bit too big
- It offers no real challenge
Summary
Eventide: Slavic Fable is another solid entry into the light adventuring genre which Artifex Mundi have made their own.The puzzles veer more towards logic puzzles rather than hidden object ones which should be borne in mind. Although there may be nothing too challenging here this is a game which is as much about the story being told as it is the limited gameplay.