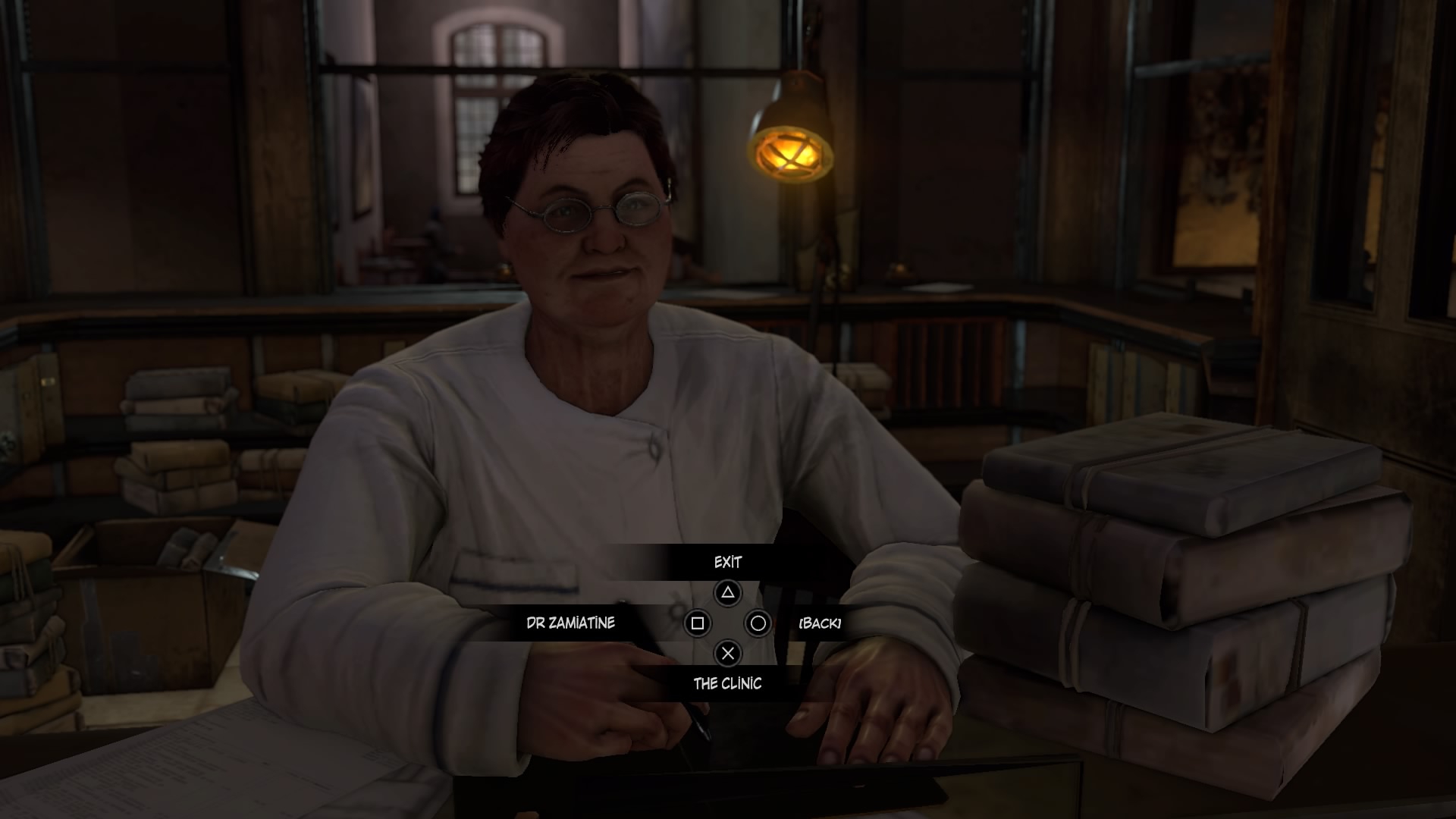 Syberia was an interesting property when it was first released in 2002, garnering some decent reviews, and a sequel was released in 2004 which cemented the game as a bit of a cult favourite amongst adventure game fans.  Almost exactly 13 years later and we now have the final act in the story of Kate Walker, but adventure gaming has moved on in leaps and bounds since 2004 and Syberia 3 seems to be stuck in the past.

As far as adventure games go Syberia 3 is a fairly traditional one, you’ve direct control over Kate as she goes about her adventure and you must interact with objects and people in order to solve puzzles and progress the story. I’ve no issues with this stuff, in fact take the core of the game out of Syberia 3 and I’m positive it would work well in another scenario, but the way it has all been implemented here is bordering on broken. 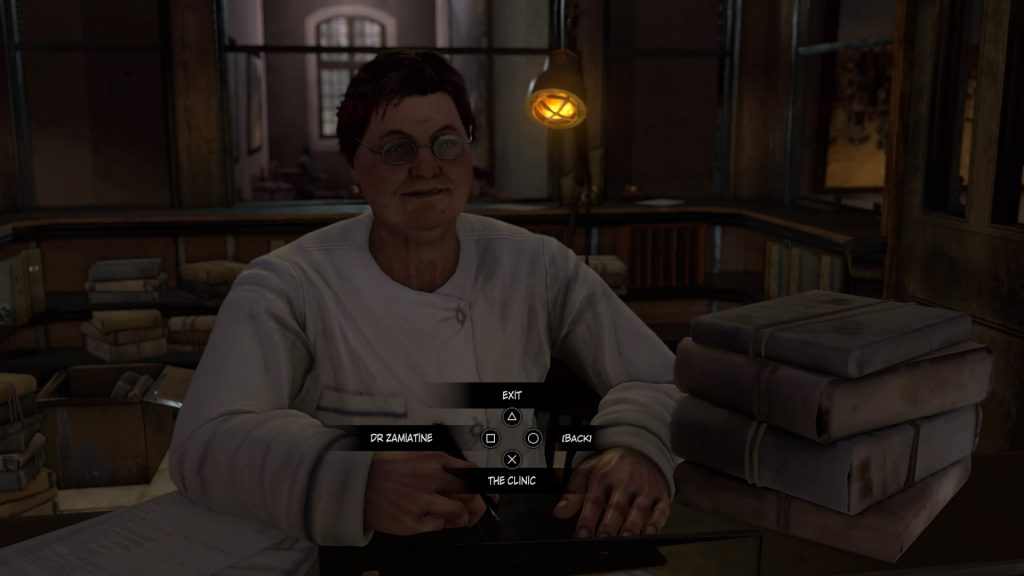 The first and most apparent issue with the game is a frankly shocking frame rate.  Syberia 3 stutters and jumps about with visible difficulties.  Simply moving across a screen feels laborious and challenging as the drops in frame rate amplify an omnipresent control lag to an almost unbearable extent.  Compounding the poor controls is the way the camera changes positioning between scenes. What this means is that as you hold one direction on the stick to move off screen, when the camera angle changes you’ll need to reorientation your control to keep going in the same direction.  Overall then, even moving about in any semblance of control is a challenge here. 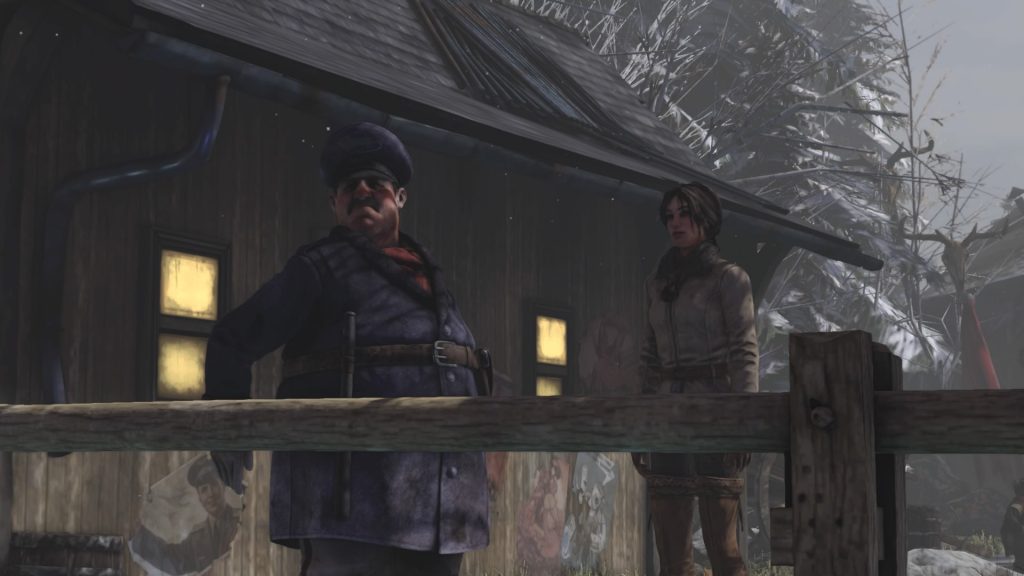 My issues with the poor controls are exacerbated by the inelegant way you need to scour the entire scene for objects to interact with.  Recent adventure games have made adjustments to the need to locate points of interest, some assign buttons to allow you to cycle through all the objects whereas others give a kind of large range to highlight the objects as you approach.  Syberia 3 has none of the adjustments and the only way to interact with points of interest is to get into exactly the correct position and spot a small white dot on the screen.  If control was more fluid this wouldn’t be a huge issue, but add this to the control issues and it becomes a real annoyance.

Once into the actual puzzles though things do improve as they are intelligently designed and logical. The game does a great job on mechanical puzzles asking you to move or open things. Unfortunately the control issues once again come to the fore here when trying to switch between points of interaction. The feeling of control lag frustrates what should be an easy and fluid experience. Oddly certain puzzles are preceded by a loading screen for no apparent reason which effectively just frustrates the gameplay. 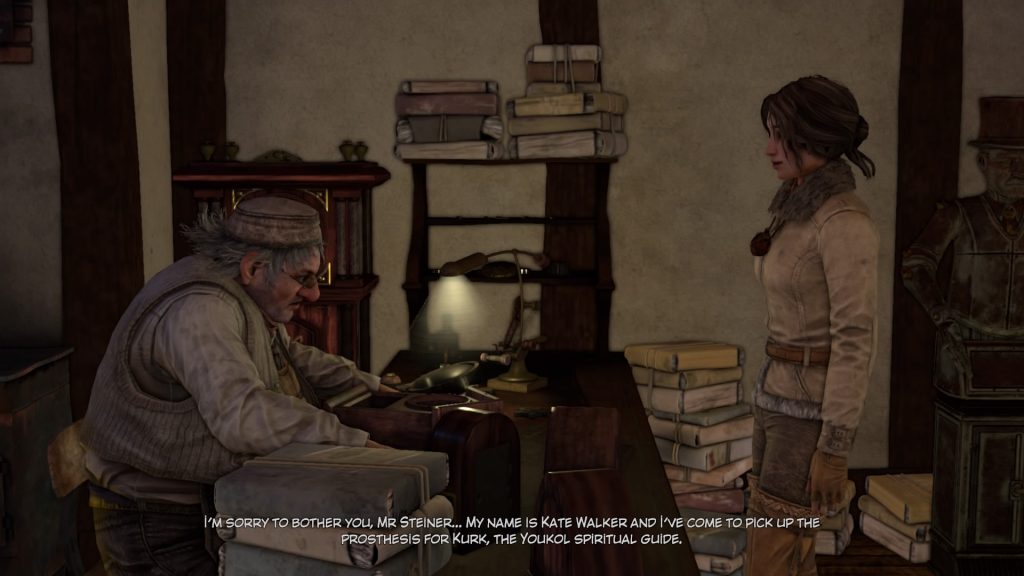 Outside of the puzzles you’ll be engaging in lots of conversations, sometimes given the ability to listen to Kate’s thoughts before she answers.  The ability to listen to your thoughts before answering is a nice idea and works to flesh out these conversations and possible outcomes.  Unfortunately all of this good work is immediately undone by some appalling voice acting and lip synching, in fact I’d go so far as to say no attempt has been made to match the characters mouth movements with the English language being spoken.  This mismatch extends to the subtitles which are frequently very different to the words being spoken.  Combing all these issues together and conversations end up feeling like some bad amateur dramatic society production, emotionless, full of bad emphasis and, in one particular instance, hilariously rushed delivery.  Add to the fact there is no way to skip the dialogue or advance it quickly and I found the talking sections of Syberia 3 to be cumbersome and confusing.

Graphically Syberia 3 is nothing to write home about and looks every bit the 13 year old game. The locations look simplistic and the animation on the characters is almost laughably poor. I can appreciate the art design here, and the interesting setting and characters look sort of ok when they are still, but when things move they end up just looking broken.  I’ve also come across repeatable instances where the world failed to load correctly leaving my character stood in null and unable to escape, the only way to get out of this situation was to reload the game.  Overall there just seems to be a general lack of attention present here. 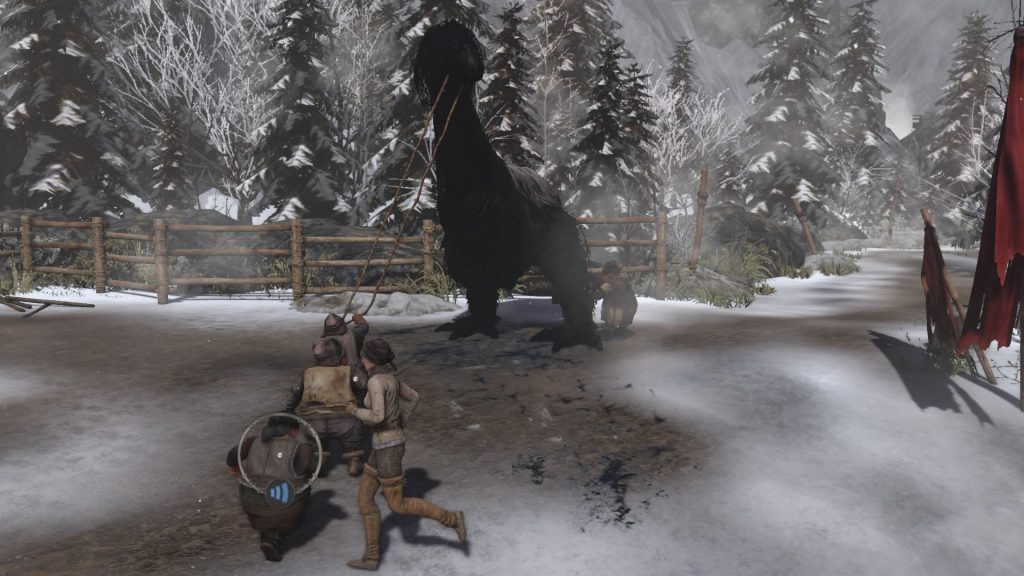 The story in Syberia 3 is an odd one, being as it is a continuation of the tales from the previous 2 games. Whilst this does tell a separate tale, it makes frequent and fairly detailed reference to what went on before. Ideally I would have liked to have seen a recap of the previous stories, but there is nothing of the sort here.  This leads to an odd sense of dislocation as I had no idea where I was, who I was or what my aims were.  In fact the majority of the story felt directionless and rather lightweight.  The story will carry much more emotional punch if you’ve already played the earlier games, but if you haven’t you may want to check out Wikipedia for plot details.

Sometimes good things come to those who wait, and sometimes they don’t. Syberia 3 is a mess of a game with appalling performance issues, terrible graphics and a lacklustre story.  Whilst a weak story and poor graphics could be excused, particularly given the clever puzzles, the terrible performance issues all but ruin this game. I couldn’t even recommend this for fans of the first two games as it will just tarnish your memory, you’d be better off just reading a summary of the plot.

Syberia 3
3 Overall
Pros
+ Intelligently designed and interesting puzzles
+ The ability to listen in to your thoughts adds a nice dimension to some conversations
Cons
- This suffers from some appalling frame rate issues which affect every aspect of the game
- The controls are cumbersome and fiddly
- Ugly and simplistic graphics
- The story is a continuation of the first two games, and offers no recap for new players
- Poor voice acting with no attempt to match the words to the on screen text or animations
Summary
Syberia 3 is a mess of a game with appalling performance issues, terrible graphics and a lacklustre story. Whilst a weak story and poor graphics could be excused, particularly given the clever puzzles, the terrible performance issues all but ruin this game. I couldn’t even recommend this for fans of the first two games as it will just tarnish your memory, you’d be better off just reading a summary of the plot.