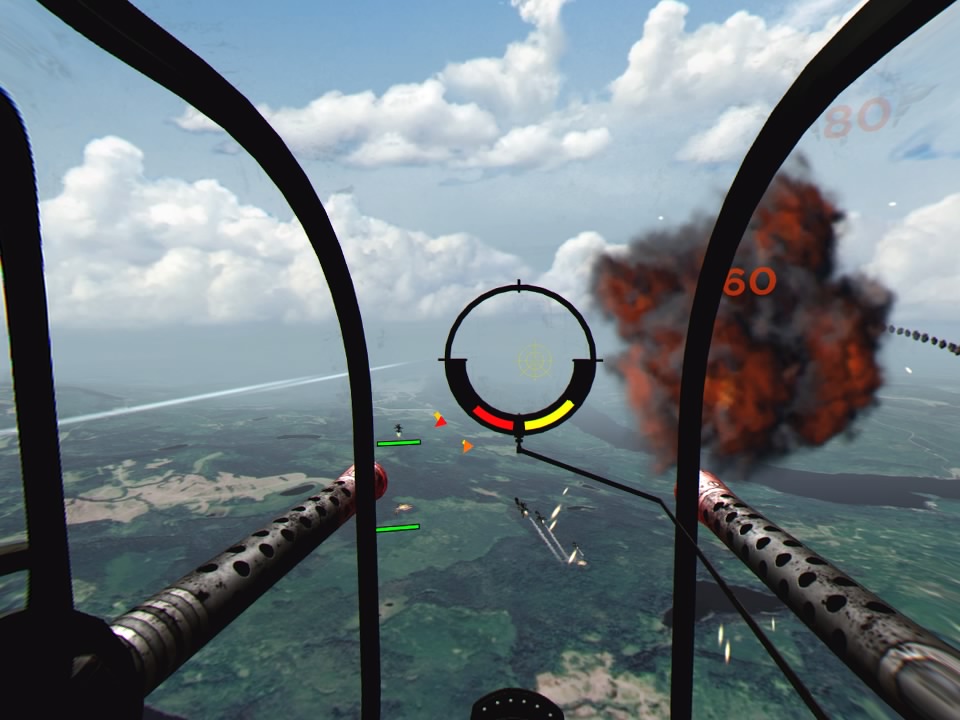 The big knock against PSVR is that the games for it aren’t ‘real’ games but rather short-lived arcade titles and Bandit Six does little to challenge that line of thinking.  However, while what it offers is simple, there are two separate parts to it (hence the Combined Arms bit of the title).

Having done the rounds on Oculus Rift and Samsung VR, this title brings together the original game and its sequel, Bandit Six: Salvo, for PSVR players.  The original game is a turret shooter that puts you in the rear gunner seat of a WW2 plane and it’s up to you to clear the skies by way of head aiming and major use of the R2 button. 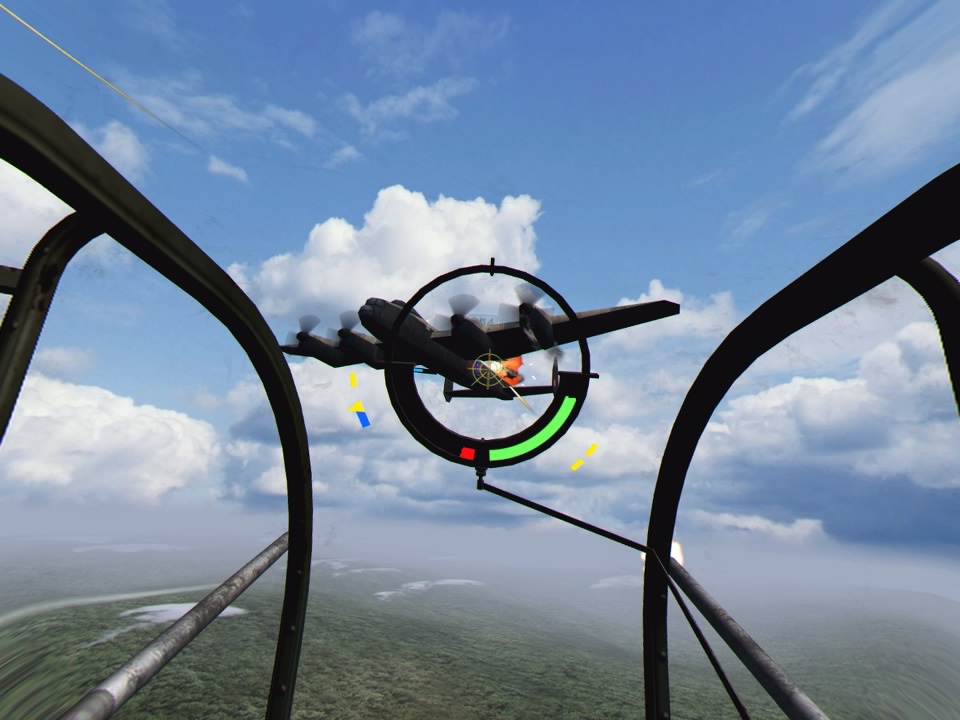 Initially it is very underwhelming as it offers you the same old VR gaming thing that we’ve already seen too much off and it makes a bad impression.  This mode offers you dozens of missions to play through and these generally involve shooting planes as they attack you or, occasionally, your allies.  Invariably this means you look at the plane and hold down the fire button to take it out.

What’s bad is the lack of variation, not seeing any real localised damage on your targets, the simplicity of the gameplay and the flat texture that makes up the ground beneath you.  It’s all very basic and can make the action a bit unsatisfying.  There’s scope for some really dramatic action here but the visuals kind of mute the effect of it.

However, it’s not all bad.  Each mission has a scoring system that awards you up to three stars and those stars unlock later levels and also new guns.  Replaying levels to get the third star can be enjoyable and you can upgrade the damage, fire rate and cooling on your guns which makes that easier.  That does mean that success can involve just grinding old levels for additional cash but I found myself enjoying it. 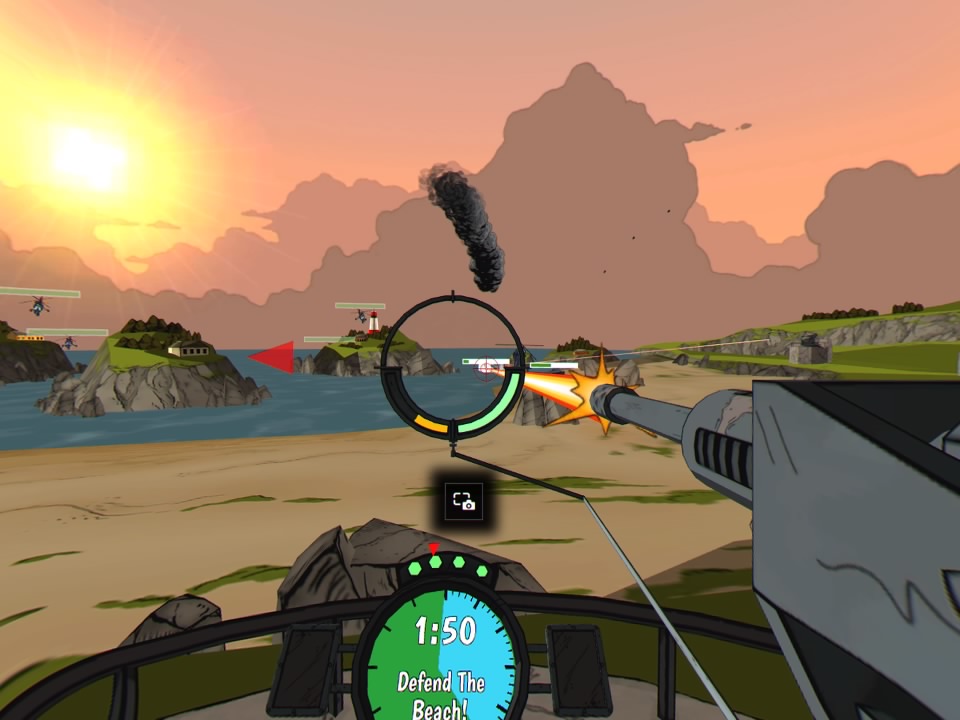 The other mode, Salvo, is a little bit more interesting.  Again, a turret shooter but this time you are on the ground and it is up to you to defend the location you are in from ground, sea and air based enemies.  Each level allows you to set up various towers, almost like a tower defence game, and you can upgrade them too which gives it some more depth.  The shooting is much the same as the other mode, albeit now you can have different types of turrets such as machine guns or grenade launchers, but the strategy behind it is welcome.

The cartoony visuals on this mode aren’t great though and a bit at odds with the other mode which goes for more realism but it’s not terrible. 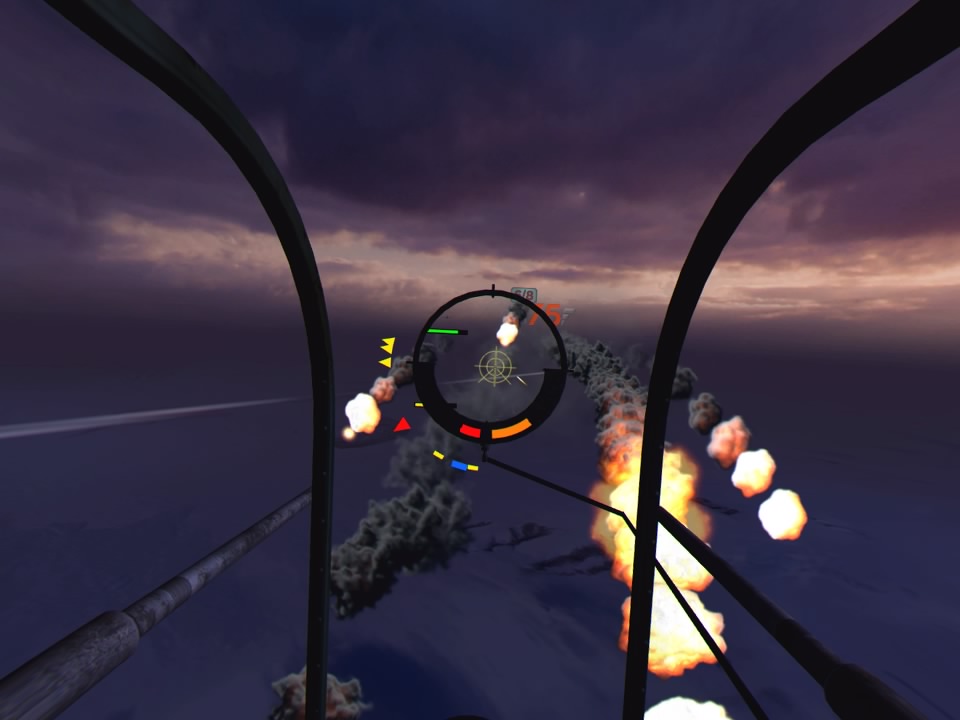 What is terrible though is that the game keeps corrupting my saves.  I’ve lost hours of progress and no matter what I’ve done (reinstalling the game, deleting the save and contacting the devs) has fixed it.  I’m sure they’ll patch this out if it is a known issue (also, other reviews haven’t mentioned it) so I’ll score the game with that in mind but approach with caution (in fact, check this review again before you buy).

If they do fix that, this is a cheap and cheerful VR blaster.  You may want to go with VR Invaders instead for now though.

Note:  since the review, the save issue has been patched and the score upped from four to five.