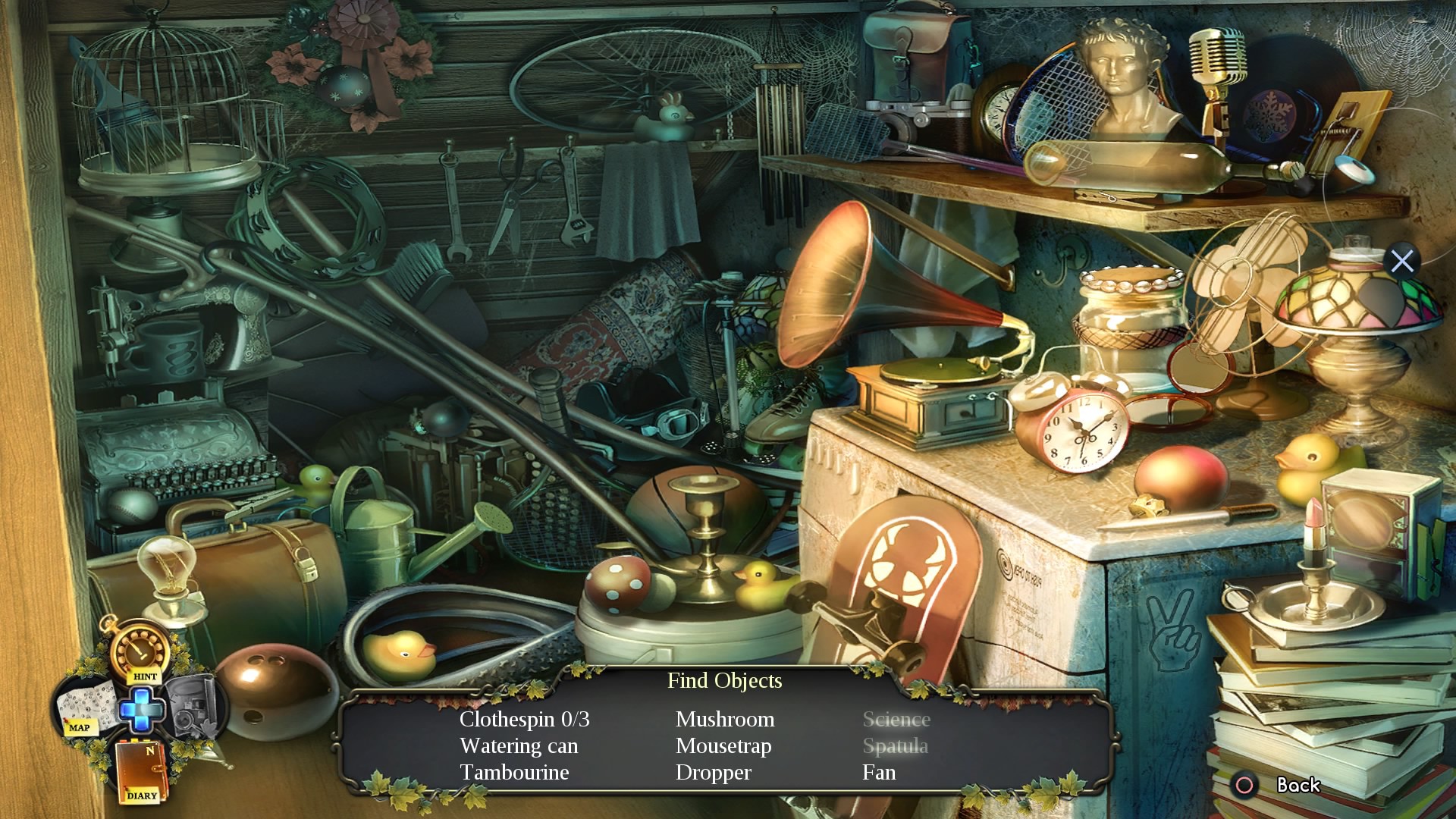 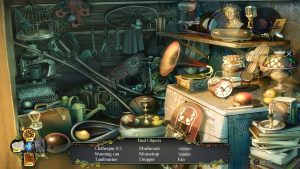 I first booted Enigmatis: The Ghosts of Maple Creek up I didn’t know what to expect.  The screenshots on the PSN store show some fairly nice landscapes, and the blurb talks about finding a missing girl.  A quick search pulls up references to a pc game from 2011 and a bit more looking and I discovered Enigmatis is a hidden object puzzle game.  As a result of this discovery I was left wondering  why would you release such a game on the PlayStation 4.

As a hidden object game this means the bulk of the gameplay is spent looking at really detailed 2D scenes, trying to find specific items that are hidden in plain sigh amongst the jumble.  The scenes look nice and are very busy, allowing the objects to genuinely hide directly in front of me.  Control is with a cursor and once this is moved over an object a simple button press will remove the object from the list.  The way the items are hidden is almost cliché in these kind of games, and Enigmatis plays up to these clichés well.  That pool cue I was looking for was handily hidden on the side of the shelf looking exactly like the edge of the wood, it can be frustrating but then maybe that’s the point.

Outside of the hidden object puzzles Enigmatis mixes things up slightly and introduces some more traditional minigame puzzle elements.  These can be anything from logic puzzles such as fixing a wheel on a car, through to pattern recognition puzzles to rearrange and complete a picture.  These are never too taxing and I had seen iterations on these puzzles countless times before in other games.  Adding to the lack of challenge here is the inclusion of a hint system which will give the answers to any puzzle in the game.  It’s a nice aid to have but it also effectively removes any challenge from the game when it’s used. 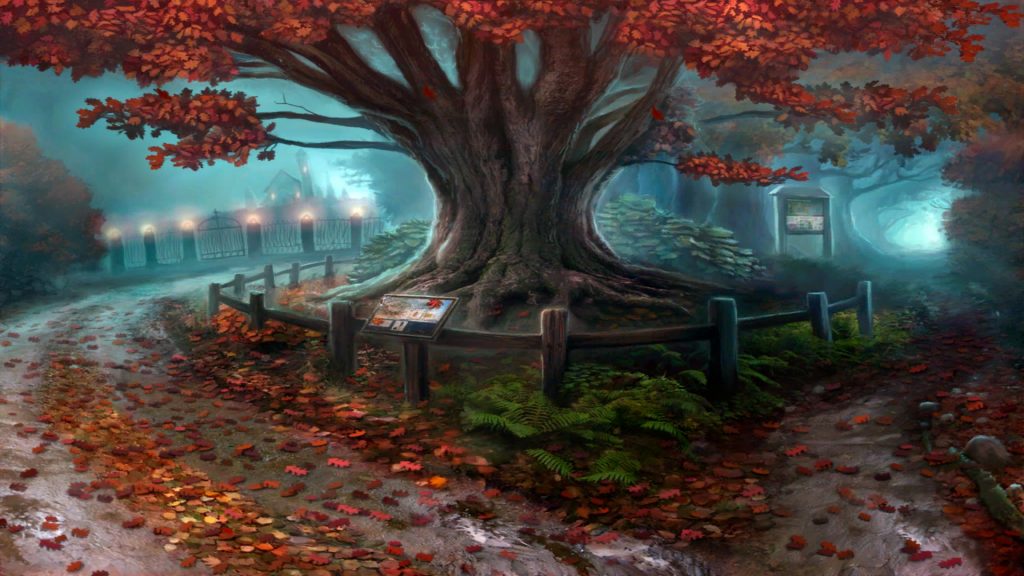 Being a detective game there is also an element of piecing together the clues, and I was pleased to find my very own evidence wall.  As I progressed through the game I gathered clues to the crime and was then able to go back to my hotel and arrange these pictures and newspaper clippings into logical groupings on my wall.  It’s all nice and easy and there are no penalties for guessing wrong other than a sound effect, and once I guessed correctly the game locks that piece of evidence in place and gave another sound cue to reward me.

Each of these three aspects to the game interweave in an oddly compelling way.  The entire game fits together like a well oiled machine and rewards one activity with the tools for another activity.  I like to think of this as a Sunday afternoon game, something I could just put on and complete at my leisure with no pressures allowing me to relax into it.

I do have some concerns here though and the first one is the amount of backtracking in place.  I was constantly retracing my steps to either go to a new location at the other side of the map, or going back to the same hidden object game again.  I was disappointed to see the game reuses the exact same hidden object scenes multiple times, and while I was tasked with locating different items each time I think I would have preferred more new scenes.

My other main quibble was with the story and voice acting.  It felt like a substandard young adult novel with easy to anticipate twists and turns.  I found the story entirely average and must admit to not really being drawn into it.  This disconnection was helped no end by the poor voice acting on display, whilst there isn’t too much of it what is there feels like it would be perfectly suited to the low budget afternoon detective dramas on channel 5.

I’m left then at the end of my review with mixed feelings about this game.  My first impressions were that I though it frankly ridiculous for this kind of game to be on the PlayStation 4 sitting alongside titles such as Unchartered 4 and The Witcher 3.  Make no mistake this game isn’t a system seller, but then maybe this is exactly why it is suited to the PlayStation 4, as a counter point to these games.  It offers a type of game which is underrepresented on the system and which appeals to a totally different audience to the core demographic. 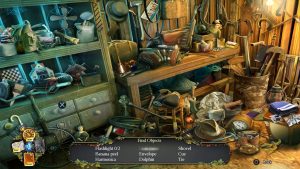 : The Ghosts of Maple Creek will appeal to more casual gamers, possibly appealing to wives and parents who wouldn’t ever consider learning complex controls to play the big triple A titles.  While I have no doubt this game wont be for everyone it does what it does really well and it’s hard to knock it for that.

Enigmatis: The Ghosts of Maple Creek
7 Overall
Pros
+ It’s presented really well and offers a is a decent hidden object game + Offers a nice counterpoint to the big AAA titles + The evidence wall is a nice inclusion
Cons
- The voice acting and story are both poor - It offers no real challenge - It’s a hidden object game on the PS4
Summary
Enigmatis: The Ghosts of Maple Creek will appeal to more casual gamers, the low difficulty and simple controls make this easy to play. As a hidden object game this wont be for everyone, however it does what it does really well and it’s hard to knock it for that.