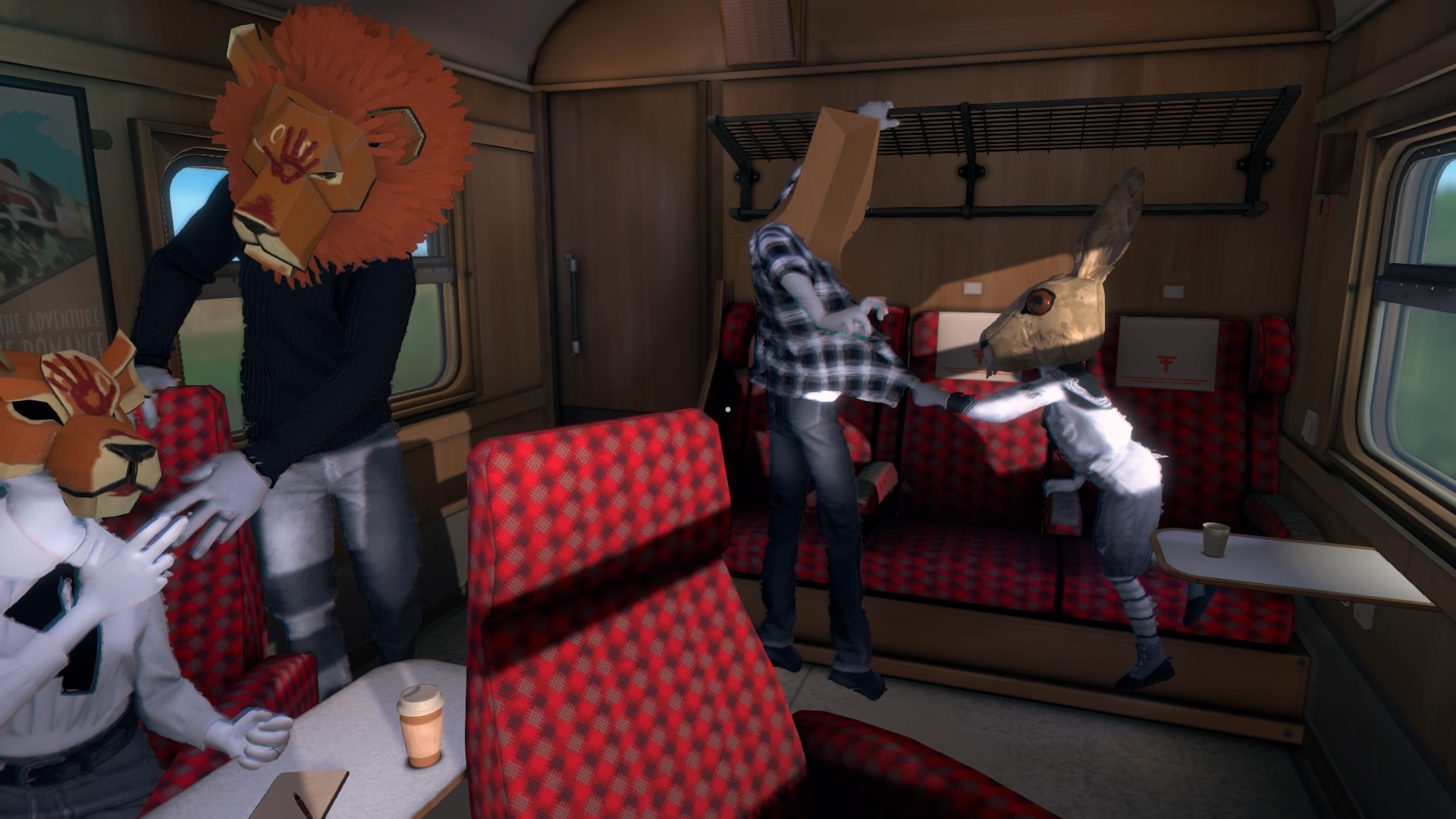 Shorter, story-focused experiences have certainly gained traction over the last decade. With a briefer form, writers and developers have managed to produce some excellent results. The latest project to follow suit is PaperSeven’s Blackwood Crossing, a coming of age drama centred around two close, orphaned siblings. 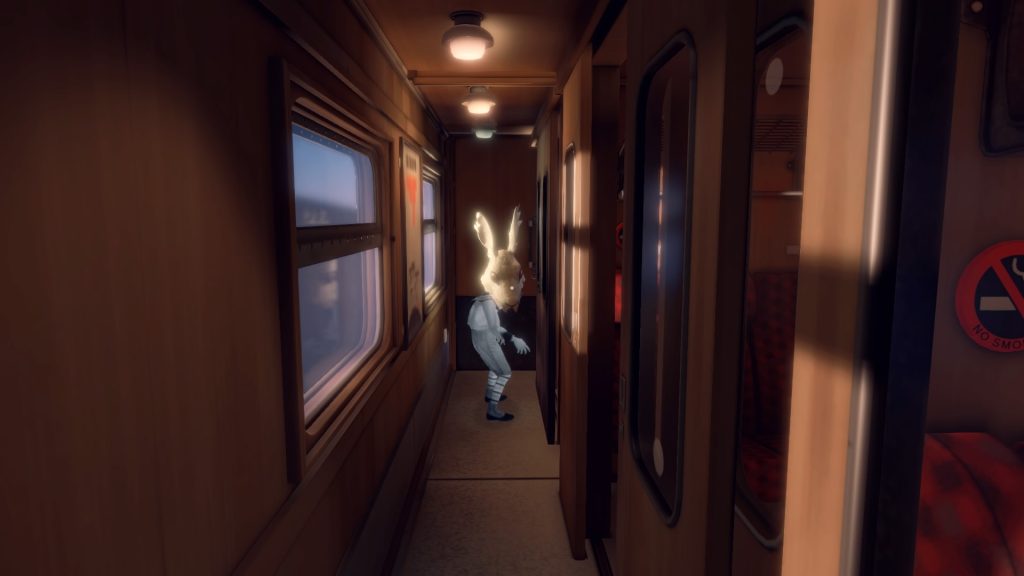 As with most in the genre, walking is abundant with gameplay mechanics at something of a premium. Primarily, you interact with other characters and solve some pretty simple puzzles to unlock the next scene. It helps push things along and some of the puzzles are framed in charming ways that really help bolster Scarlet and Finn’s bond. Collection of items play a part in most scenarios but there’s some other unique mechanics that freshen the package later on. You’re sometimes tasked with pairing characters up due to their speech which can help uncover their backgrounds. It doesn’t feel repetitive or take the attention away from the plot, which feels like a crucial aspect to get right. 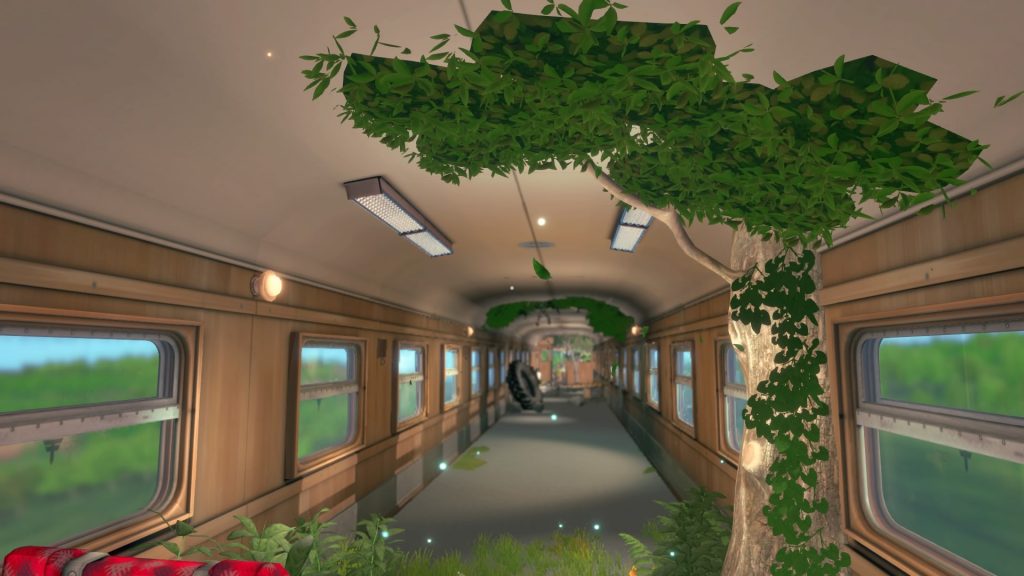 You can colour Scarlet’s dialogue with a certain emotional vent and, whilst it’s not Telltale’s branching exchanges, it does give you some agency over her responses to Finn. It’s all very grounded with Finn occasionally overreacting and brashly behaving like a child would. Scarlet’s showing a maturity owed to her older status but still shows signs that she’s got some growing to do as well. There’s a believability to their chatter which certainly helped me grow fond of both before the curtains closed. Both struggle with grief in their own way. Scarlet is reserved and, at times, exasperated with Finn reacting in a much more raw, unmasked display.

Their relationship is incredibly well-realised. Smart writing, clever pacing and sound performances all culminate to portray a family that’s all grown together – and apart – over many years. Finn is appropriately adorable and shows occasional signs of selfishness. Scarlet, edging closer to adulthood can be understandably distracted. The supporting cast play their part and, whilst the main focus is on the two children, parents, grandparents and friends all play their part in fleshing out a family unit. They help establish a history and motivations for why they behave the way they do. 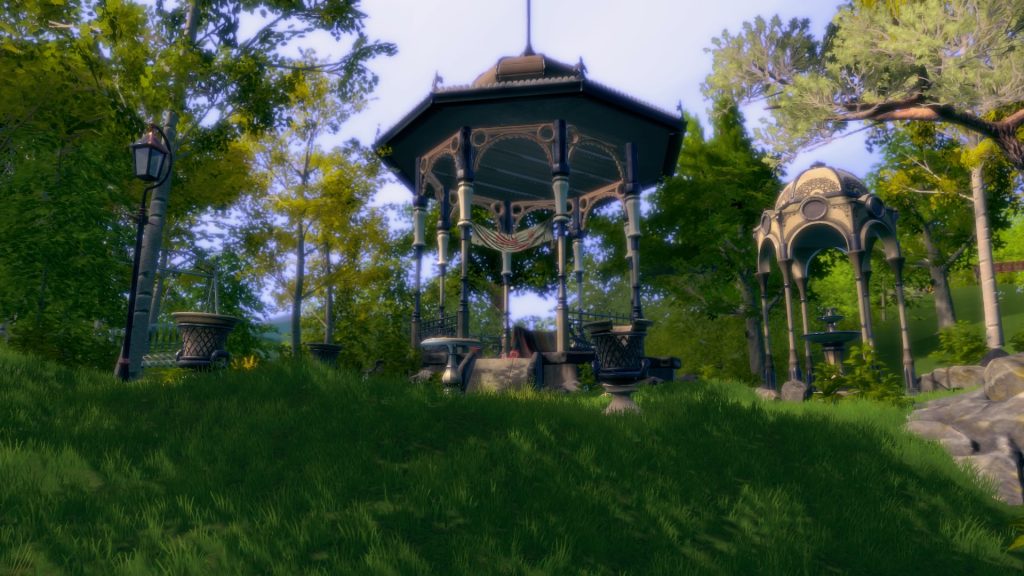 The game is visually stunning. Environments show a vibrant look and a detail that can certainly be showcased within the game’s smaller locales. When things need to get surreal, they do so in a very stylish manner. The two protagonists have some wide-eyed, expressive animation. It compliments the writing and makes the emotional moments hit. Some trickery is afoot akin to P.T. No horror but some shifts in perspective and revisiting of familiar ground help create some subversion in what is a mostly over-worldly, wonderous fabrication. There’s a polish and execution on display which is really heartening to witness. Every area seems to be crafted with some careful precision. No part gives off the impression of haste or cut corners and the pacing of the tale feels right. It builds to a conclusion that does not feel abrupt or unearned.  It might come off as a little obvious but it’s earned, nonetheless.

The soundtrack is subtle but effective. A times, I barely noticed it but it does build and give larger points the weight they deserve. It doesn’t overbear or underwhelm. I’ve had one unfortunate technical hitch which left me hanging at a loading screen. Thankfully, it seems like an isolated incident. Loading back into a game does take some time. This game otherwise performs superbly.

Length is always an issue with these titles and you’ll see Blackwood Crossing close out in about ninety minutes. It might not initially present value for money but there are extra collectables on the periphery to scout out and, unless you’re truly diligent, I don’t think a platinum trophy will be found on your first run. The brief nature of it might lend itself to repeated visits for that, although you only get to make a first impression once. 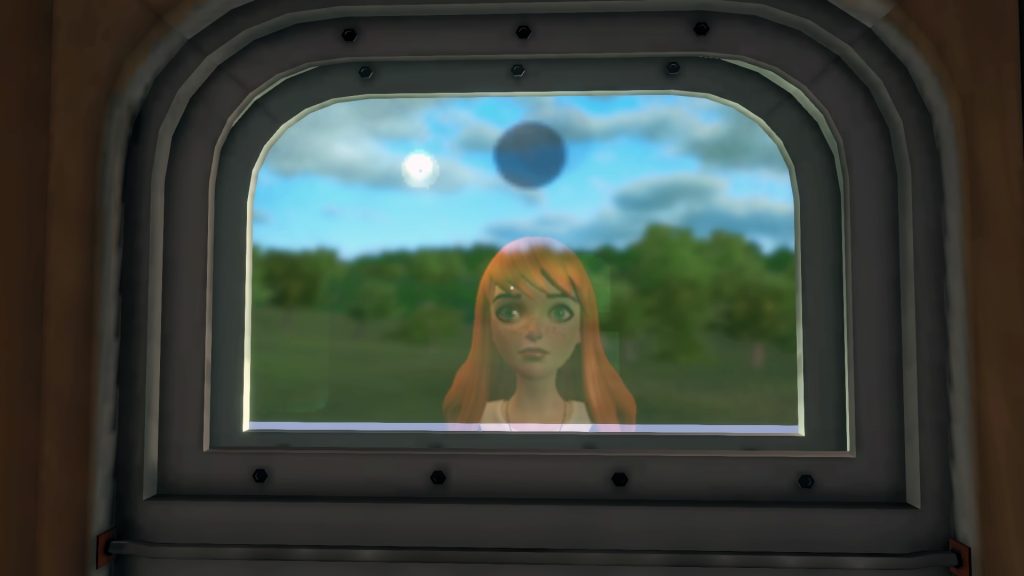 There is a laser focus to Blackwood Crossing that, to me, has paid off. Touching character moments and grander events are delivered with tremendous tact. If you’re the kind of person that enjoys gaming in the shorter form with a strong narrative core, this will fit perfectly. It’s a truly likeable project that’s bore a cohesive, enjoyable result. I’m very eager to see where PaperSeven go from here.

Blackwood Crossing
8 Overall
Pros
+ Brilliantly written with some well-realised characters.
+ A smart, if subtle soundtrack.
+ Tightly paced.
+ Delivers some real visual flourish.
Cons
- A brief experience that might not offer much value for money.
- Loading times can be lengthy.
- The ending is a little telegraphed.
Summary
Blackwood Crossing garnered a genuine emotional response courtesy of some considered writing and smart pacing. Whilst short, this tale is certainly memorable with a likeable star pairing. I felt engrossed and I'm glad I've seen it through. If the asking price might seem a bit steep, keep an eye on it. This is definitely worth playing.