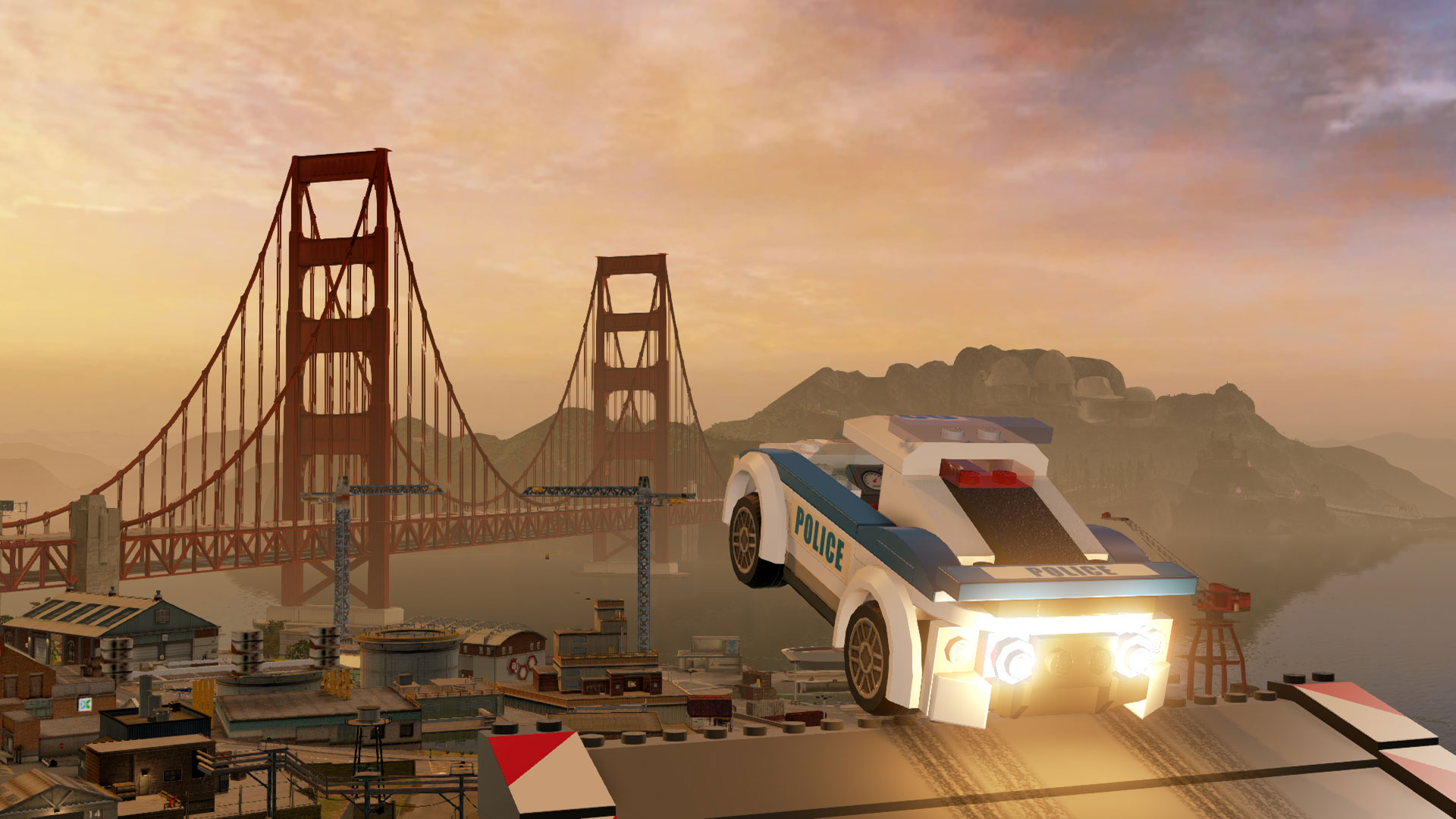 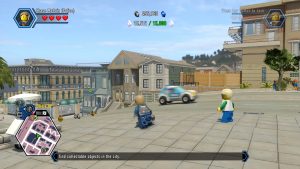 If I wanted to do a lazy review of LEGO City Undercover then I’d just say it is a LEGO version of Grand Theft Auto and leave it at that.  Whilst this comparison holds true LEGO City Undercover manages to do that rarest of all things and actually make a success of the open world formula, creating something really interesting in the process.

Although this is another LEGO game this one isn’t based on an existing media franchise and instead draws from the actual LEGO City playsets, what this means is you’ll be playing as a LEGO cop called Chase McCain as he works to stop a crime wave by the criminal Rex Fury.  The game was originally released on the WiiU back in 2013 and was actually published by Nintendo as part of their effort to support the console.  As this was on the WiiU it mostly got ignored by the public even though it was warmly received by critics. Luckily for us it has now managed to find its way over to the PlayStation 4 in this slightly spruced up version. 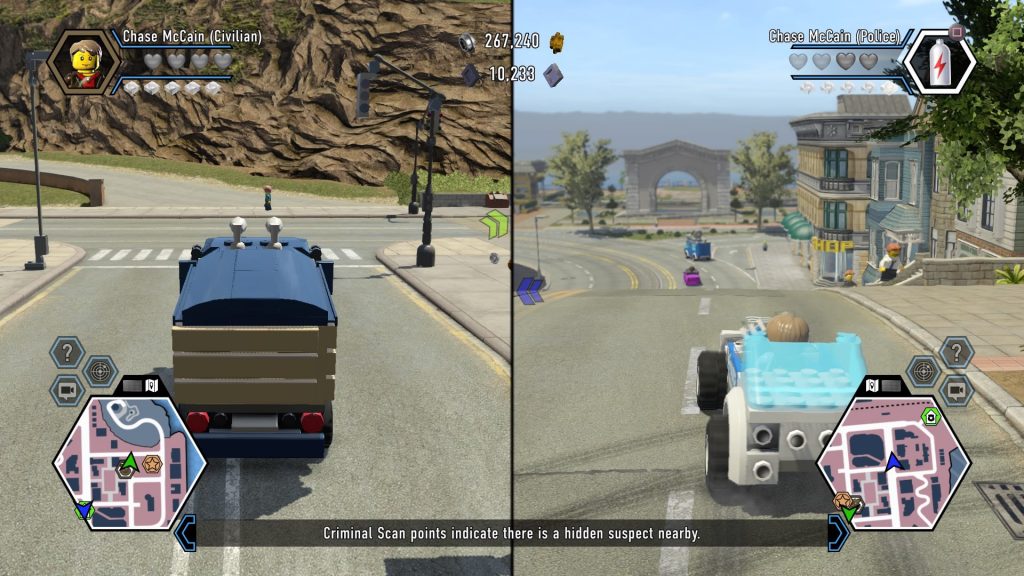 As an open world game there are the usual collectable things to be done and the usual hijinks to get up to.  Throughout your time with the story Chase will have to go undercover to complete certain missions. Once these missions are completed you gain abilities to use these in the open world to explore different areas and get the collectibles.  It is a more simplified system of character choice then the large and mostly unwieldy character grids from the other games.  You can also hijack any vehicle you see and these include a wide range of various cars, planes and boats. There are jumps to unlock, LEGO buildings to build and red bricks to find.  There really is a wide range of activities to complete and make your own fun with.

Unlike in other LEGO games where progression was very much based on completing discrete levels here the progression is linked to missions received from Police Headquarters.  These missions are based around existing locations on the map and play out in much the same way as any other LEGO game. The open world structure really gives the game chance to breathe though as it means you’re not always being punted back to a hub world with endless loading screens to get to another small hub world.

Wonderfully the game sticks to the tenants of the LEGO world and there is no bad language, violence or guns here, things which have sort of snuck in to the other branded LEGO games.  Although Chase McCain is a cop he doesn’t have a gun and when he’s chasing the bad guys he’ll quip that they should stop running away or else he’ll just have to keep running after them. That’s another thing, LEGO City Undercover is a very funny game, more so than I was expecting.  In recent LEGO games the humour has come from the pratt falls of the LEGO characters, likely a direct result of the often more sombre tones of the franchise being adapted and strict adherence to the existing script.  Here though it feels like the developers have somehow been let off the leash, there are some excellent one liners, brilliant visual gags and some wonderfully unexpected cameo appearances.  Within the first half hour of the game I’d actually laughed out loud on a number of occasions which doesn’t happen all that often. 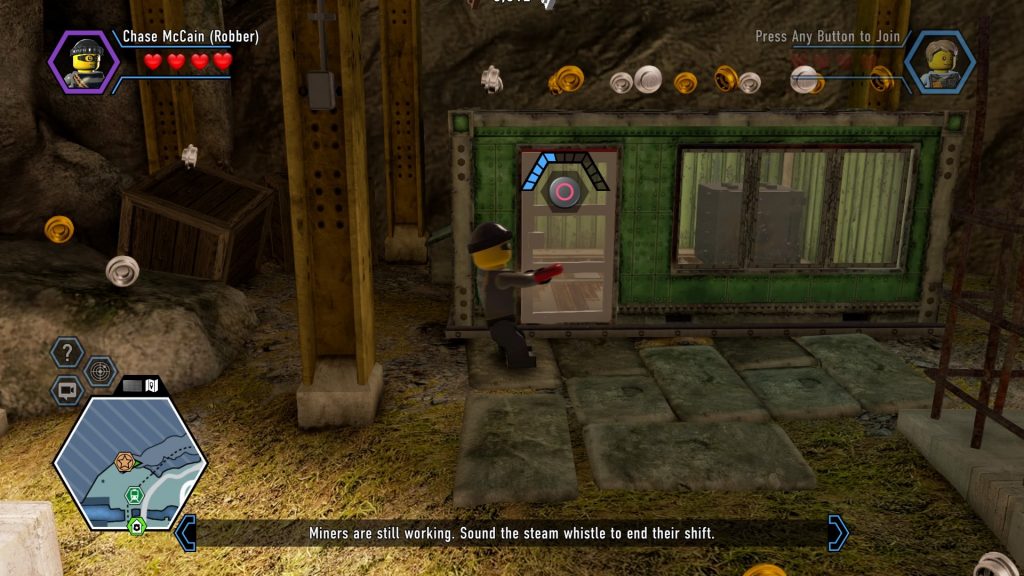 Whilst there is a lot to like in LEGO City Undercover at it’s heart it still remains a LEGO game, and as a result has the same niggles; things such as woolly car controls, serviceable at best jumping and simple button mashing combat.   It is also a game with no real challenge and is aimed at a younger market.  These issues wont be new to anyone who has played a LEGO game before and are so ingrained in how the games play I’m not even sure if they could be changed significantly.  The saving grace as always here is the fact the game is so forgiving and death isn’t really penalised.

At the same time as this game has been ported over from the WiiU it has also had a bit of a spruce up.  LEGO City Undercover looks the best it ever has and there are none of the technical issues, slow down and pop up, which stymied the WiiU version.  The PlayStation 4 version also has a fully fledged co-op mode, something which was glaringly left out from the original release.  The co-op mode does feel a little shoehorned in as both players will take the roll of Chase McCain, but this is down to the fact there isn’t the range of characters to choose from as there are in the other LEGO games. 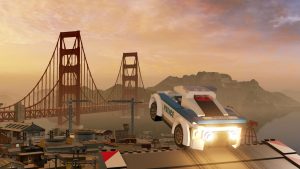 By being set free from the restrictions of franchises LEGO City Undercover has flourished into a really enjoyable and very funny game.  The open world is a tonne of fun to play with and the addition of a co-op mode adds a whole new dynamic to this game.  LEGO City Undercover manages to succeed in the rarest of things and has successfully created an enjoyable open world.

LEGO City Undercover
8 Overall
Pros
+ Enjoyable open world means it is fun to just mess around + Well written script makes the game genuinely funny + Co-op mode works well + Some great story driven scenarios
Cons
- It still has the mediocre control issues typical to all LEGO games - Is aimed at a younger audience so doesn’t really offer any challenge
Summary
Free from the restrictions of franchises LEGO City Undercover has flourished into a really enjoyable and very funny game. The open world is a tonne of fun to play with and the addition of a co-op mode adds a whole new dynamic to this game. LEGO City Undercover manages to succeed in the rarest of things and has successfully created an enjoyable open world.