I have to admit to my only experience with the Ys series to this point has been Ys Origin which was an excellent arcade-y RPG with brilliant combat. Ys VIII: Lacrimosa of DANA is new on the PS4 and Vita and is a very different game, though with some obvious similarities. 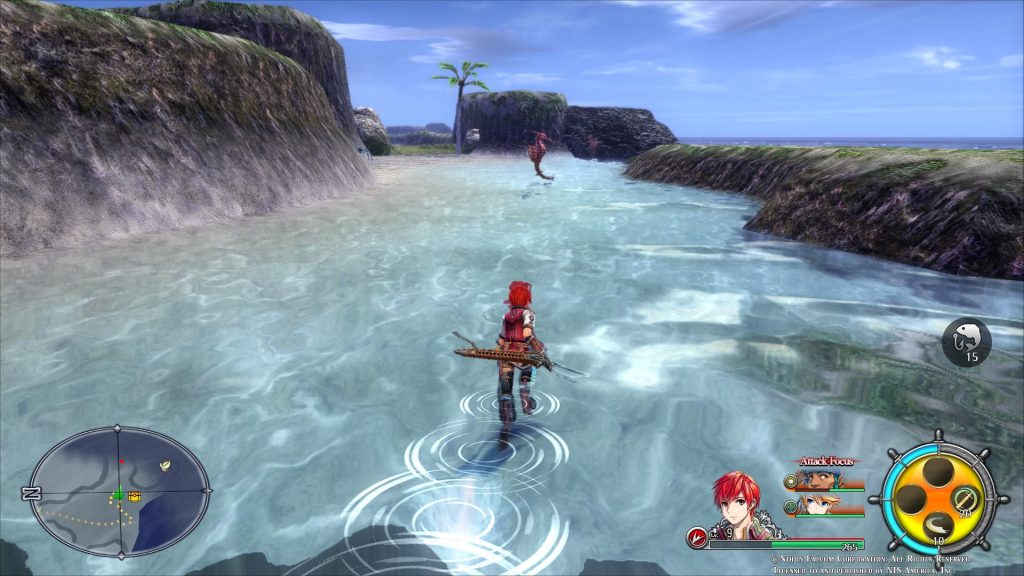 You play as Adol, an adventurer who I am led to believe has been in the series before. Not to worry though as this works as a stand-alone adventure despite fitting into the overall timeline of the previous titles. You start working temporarily as a sailor on board The Lombardia, setting out on a journey with a variety of passengers. You get to explore and meet all the characters before disaster strikes and the boat is attacked by a giant squid and sunk. Adol’s adventure truly begins when he wakes up on the shores of the Isle of Seiren, an island of legend that sinks anyone who comes close and no-one ever leaves.

Quickly you encounter a couple of other survivors and then the loop of the game presents itself. You set up Castaway Village and are tasked with exploring the island and finding any other survivors from the wreckage. As you do the village grows, new shops and services become available and what started as a deserted island begins to flow with life and feel like home. Each character is important, has their own story and is worth getting to know. It makes the discovery of a new character both an exciting and rewarding task to complete.

The actual exploring of the island takes place from a third person perspective with materials to find, chests to open and of course enemies to kill. Fighting is done in real time and here’s where the comparisons to Ys Origin shine through. That had an excellent combat engine which although fairly simple is tuned and feels great to use and here’s no different. You have basic attacks, attacks which use a quickly recharging meter, an ultra attack which builds slower and a dodge and block. Dodge or block at the perfect time to initiate ‘Flashes’ which grant you bonuses for a brief time. 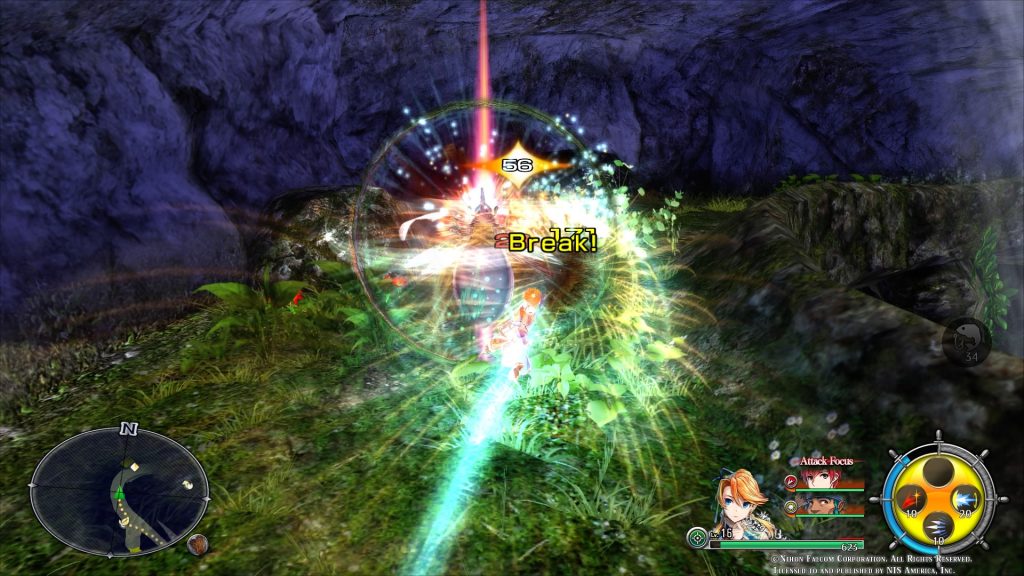 On top of that you have three characters you can switch between in real time with a press of the square button. Each character has their own attack type, either slash, pierce or strike which all enemies are generally weak to. Lock on to them and the game will tell you what their weakness is so you’ll know who to control and when. Using the right attack type can ‘break’ an enemy which grants more items and allows everyone to do more damage. As you’re controlling one character the AI takes over the other two and does a great job of it. They will attack, pick up items and rarely take too much damage.

Exploring the island is gated by a few different things. Sometimes it’ll be a rock or landslide that requires a certain amount of rescued survivors in order to shift. Other times you’ll need a piece of adventuring equipment to climb vines or walk on top of a swamp. The game uses this to funnel you along paths although you are free to explore at times, sometimes wandering into areas with higher level enemies than you can realistically cope with. Bosses punctuate most areas and these are a little less reliant on arcade skills than in Ys Origin, at least on Normal difficulty. Being able to dodge and knowing when to go all out certainly helps though.

You don’t only get to play as Adol but Dana pops up in dream sequences littered throughout the game. This helps to flesh out the story as to what is happening on the island but I have to admit to wanting to return to exploring with Adol before long.

At certain points you’ll be tasked with defending the village from waves of monsters, both directly and using upgradable traps. These reward you well depending on how you do but aren’t the most exciting part of the game. Fishing, one of my least favourite JRPG tropes, is also present but it’s not actually too bad with easily visible fishing spots, mostly requiring a bit of button mashing with a couple of quick time style instructions for the bigger catches. 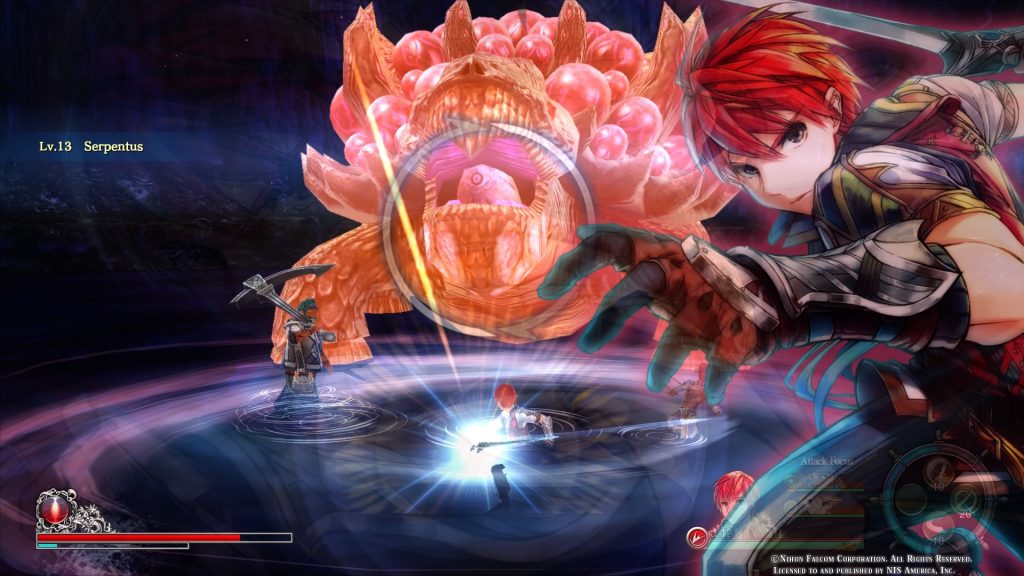 That is the highest praise I can give Ys VIII, everything is made really, really well. The controls and combat have obviously had a lot of time spent on them, things like upgrading weapons and crafting items are clear allowing you to make decisions easily rather than second guessing your choices at every turn. When you discover things on the map they’re marked in detail, you can warp between crystals that you’ve found for easy exploration, the map even states percentage of exploration and number of chests found out of the total amount, per area. Ys VIII is easy to play in the best of ways which means once you start you’ll lose plenty of time to plotting out the island, there’s not much in the way of poor choices that will knock you out of the immersion.

Visually the game is a little let down by also being on the Vita. The characters and locations are colourful but lacking in detail. Generally the PS4 version runs fantastically well as you might expect though I did get some frame drops every now and then which shouldn’t be happening with what’s on screen. The camera can be a liability in tight areas, especially against larger monsters with it getting stuck on walls which rarely results in death but should be pointed out. Musically the game is top notch with great tunes that wouldn’t have been out of place in the golden era of the genre.

Also note that if you’re looking to get this on the Vita then you are getting less game. Certain elements have been expanded and improved on the PS4 but it’s up to you if the portability is that important. 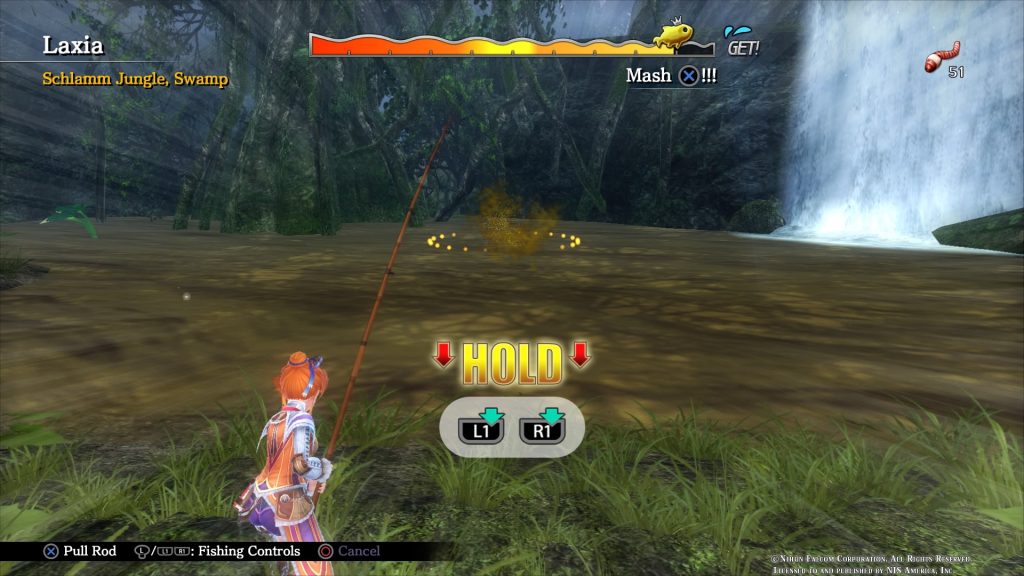 Ys VIII: Lacrimosa of DANA is such a well made game. There are a few minor faults but if you’re a fan of the series or of the genre then there’s a lot to enjoy here. Plenty of effort has gone into the controls which shows massively and all the systems in place are well thought out making it a joy to play. There’s lots of content too which combined with how I felt about Ys Origin makes me believe this won’t be my last Ys title.

Ys VIII: Lacrimosa of DANA
8 Overall
Pros
+ Controls and systems are very well designed
+ Easy to lose hours to it
+ Lots of content
Cons
- Graphically well designed but less impressive technically
- Some camera issues
Summary
Ys VIII: Lacrimosa of DANA is such a well made game. The controls for combat are top notch and all the systems in place for things like fishing, crafting and exploring make this a very easy game to lose hours to.