UltraGoodness 2 is the latest from Ratalaika,  the first UltraGoodness still remaining a Steam only joint. It shares the same developer in Rasul Mono with music from Sergey Mozharovskiy.

Whereas UltraGoodness was resolutely pixel art, Rasul has uprated the graphical style in the sequel to be a bit more console friendly. On the face of it, it looks good but you realise it’s a little charmless and sterile. As to the game itself, the king of an unspecified domain is pissed off for reasons and goes on a rampage. We’re not entirely sure why, but it’s the setup for some twin stick shooter shenanigans. 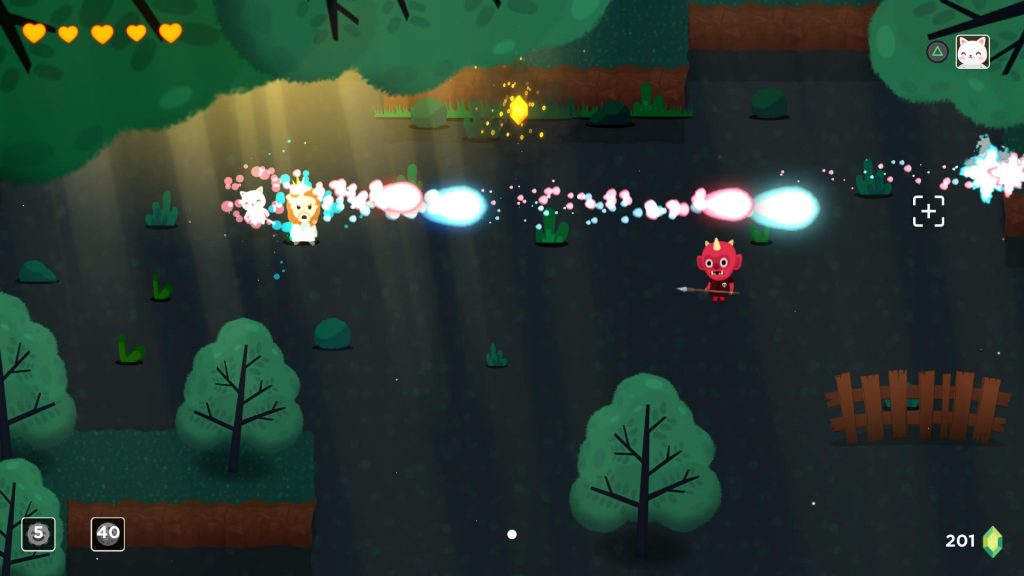 His ever present companion is a cat that shoots too but we don’t quite understand what his role is otherwise. At any rate, you’ll pick up gems from the fallen corpses of the bunnies, mushrooms, devils etc that you mow down with your hail of gunfire. As well as gems, you’ll also find armour pickups, the odd smart bomb and if you’re as inept as we are, most usefully, hearts for replenishing your life. It’s all a bit bewildering if we’re perfectly honest. 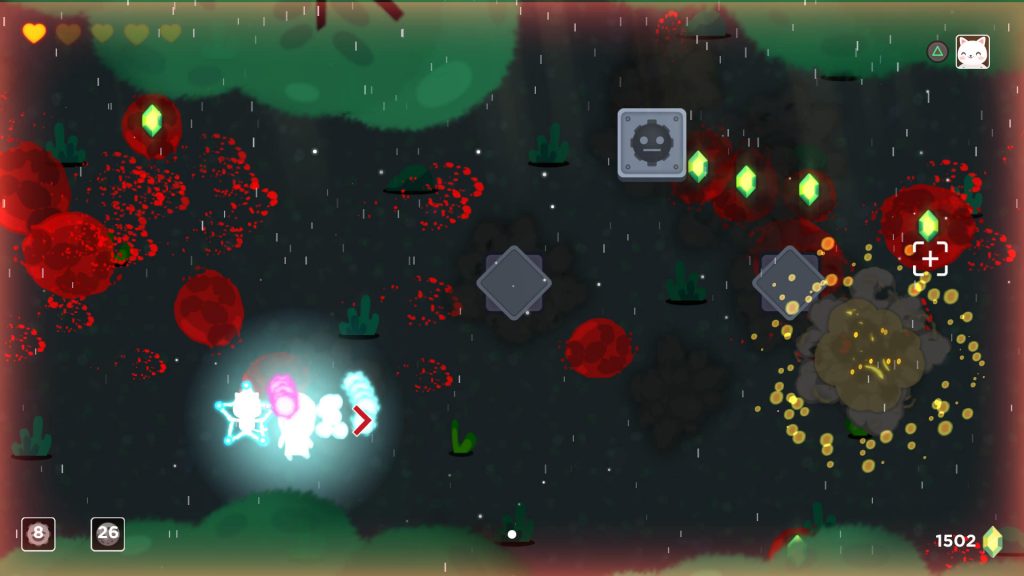 Unlike the last Ratalaika this reviewer did, UltraGoodness 2 falls into the old trap of giving up all of the trophies available before you know it and any impetus to continue falls off a cliff. It doesn’t help that as the levels get lengthier and there’s no checkpointing whatsoever. This is also exacerbated by infrequent health pickups.

There’s no shame in taking the Freddy Spaghetti approach in allocating one trophy per level. Instead, UltraGoodness 2 is done by the time you’ve done level seven of thirty. It’s not that it’s a bad game, it’s just your momentum is straight killed by the platinum unlocking so early. 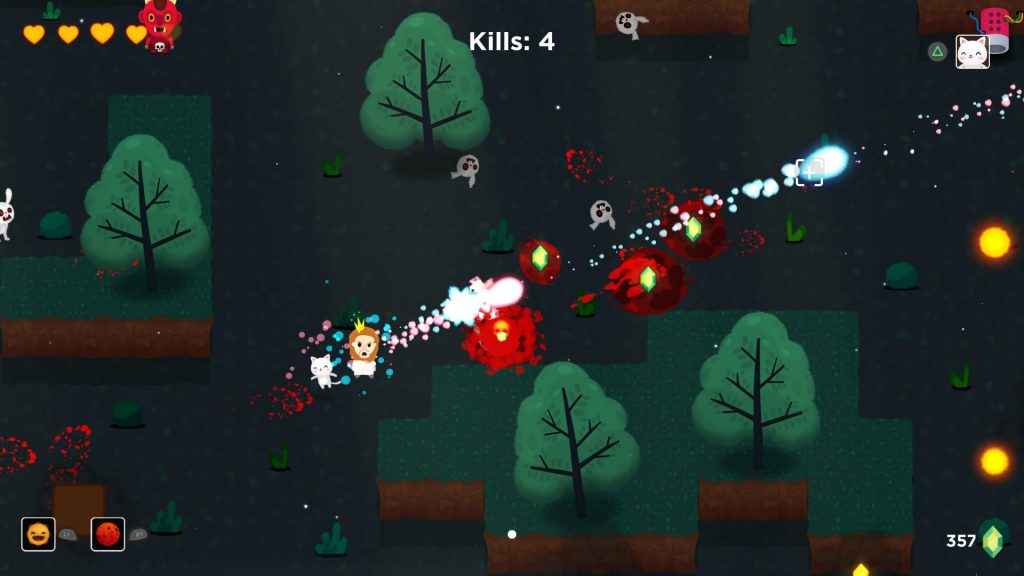 You might argue that we should review independent of trophies, but when they’re so intrinsically linked, it’s really hard to make that separation.  Perhaps if there was checkpointing of any sort, we’d feel compelled to continue. But when we struggle to fit in the games we bought our PS5 for, it’s hard to prioritise an indie game that makes life harder than it should be.

We’d not begrudge it if there was a trophy for each of the thirty levels, but there isn’t, so for the many people who buy Ratalaika games just for the trophies, UltraGoodness 2 will be a rinse and go. To wit, we played the PS4 version over a  few evenings and subsequently got the platinum trophy on PS5 inside forty five minutes. 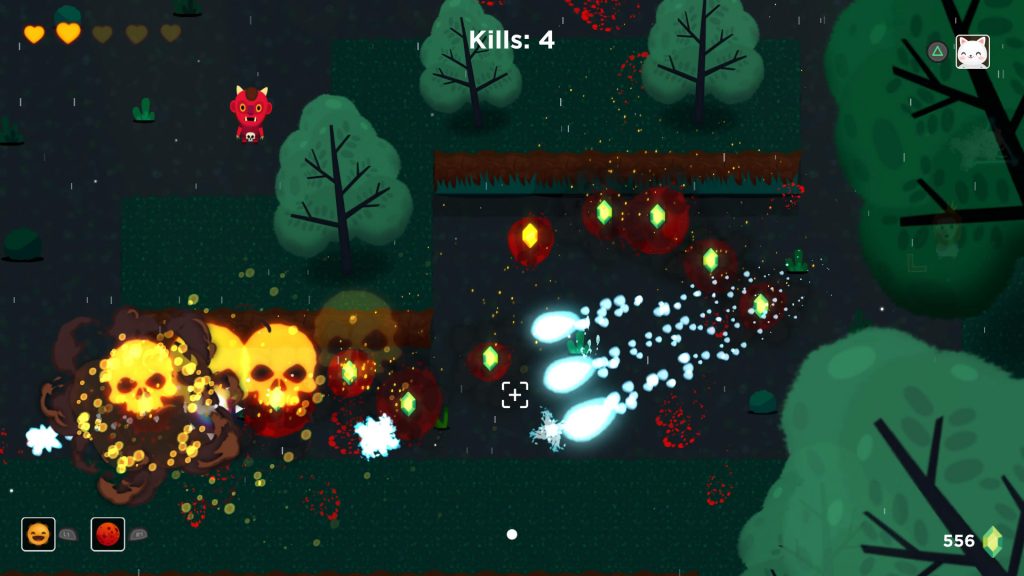 In conclusion, UltraGoodness 2 is a resumption of normal Ratalaika service with a quick platinum trophy on both PS4 and PS5 within an hour and a half if you’re efficient. It’s a fair game but the new style graphics lose something a little over the classic pixel art of its predecessor. The music is good though. Though we’re still not entirely sure what the king’s boggle is exactly.

Cons
- Loses a little something in revamped graphical style
- No checkpointing makes longer levels a chore
- Spaffs its trophies just that bit too quickly
Summary
UltraGoodness 2 is a sequel to a game that never made it to consoles. The king hates everything, so it must die. We're not quite sure why, but it's a fun shooter all the same. Just a shame it gives up its entire trophy haul in less than a third of the levels. It's a fair game but it's hamstrung a bit by no checkpoints on later levels.