Super Tennis Blast is an arcade focused tennis game from Barcelona-based coders Unfinished Pixel and offers up the sort of gameplay this sub-genre of sports games had back in the ’90s.  Now back in the day Super Tennis on the SNES (no relation to this game) was our jam and many a two player game was had on it but one day the Dreamcast came along, bringing with it Virtua Tennis and after that the idea of playing a top down 2D tennis game was a bit too much of an ask.

However, we’ve had at least five Virtua Tennis games as well as a bunch of licensed tennis sims from various real life tournaments and organisations and so the genre is a little played out in terms of modern games and so perhaps now is a good time to bring out a decidedly old school effort again. 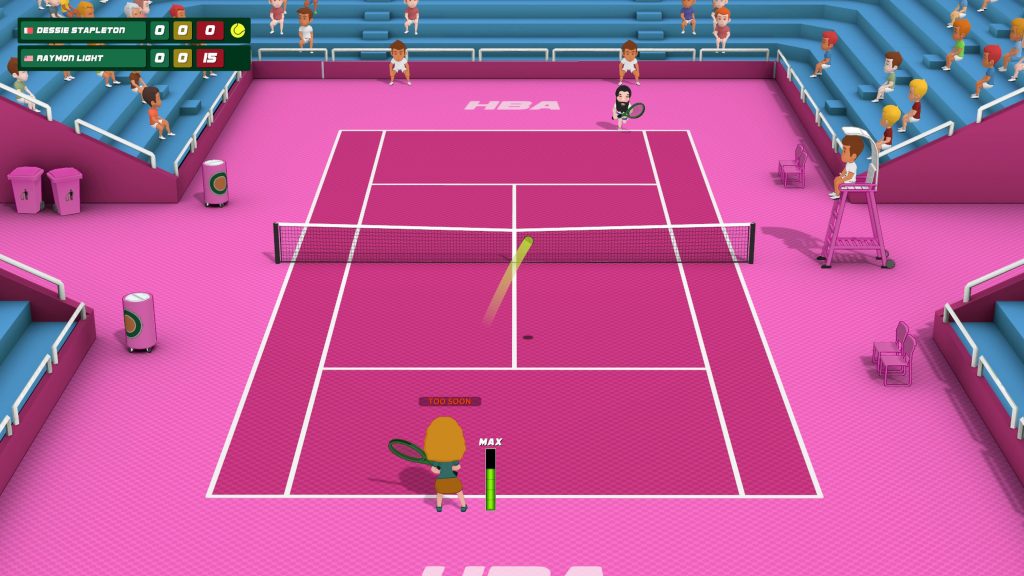 Adopting a colourful aesthetic with simple character design, the game certainly looks simple enough to qualify as old school and it has the gameplay to match. A tutorial sits in the relatively full menu system and explains the controls. On a basic level they are exactly what you expect. You move with the left stick/d-pad and the four face buttons give you the usual flat, topspin, slice and lob shots which are then combined with the left stick, or pad, to give direction.  You know, just like nearly every other tennis game.

That’ll get you pretty far but the game does have a whole other element to its controls. When a ball is heading towards you, you can press a button in advance and then hit it again to take the shot. If you time that second button press well enough you’ll play a better shot. Get it ‘perfect’ and you’ll place the ball where you want with no fear of it going out. It’s a slightly unintuitive system thanks to us playing without it for decades, but it soon becomes part of your muscle memory as it does tend to make for better shots. It’s different but not really an innovation as such and it does feel a little optional.  Also, the game does feel a little stiff and clunky compared to other tennis games. 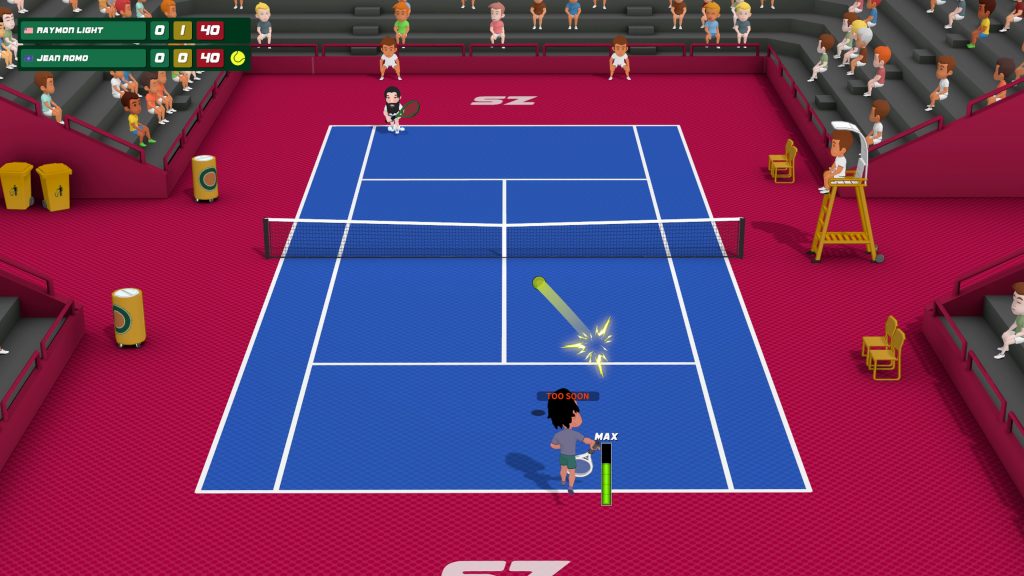 The main port of call for single-player gamers will be the campaign mode which lets you pick your avatar and take on a career’s worth of different tournaments. During your career you’ll need to rest to regain your energy and take on training challenges to improve your stats.  Fans of Virtua Tennis will be well used to this kind of career mode and for a low-rent budget version we’re glad to see a bit of this depth in there even if the training challenges aren’t nearly as creative, colourful or fun as Sega’s games have given us.

The career is fine though but it is a LOT of tennis and eventually you’re likely to get a bit bored. A more arcadey approach might have been better but mixed with the colourful but simplistic presentation, Super Tennis Blast does lose its flavour pretty quickly.  That said the tennis action itself is pretty good. It’s nothing special, sure, but it plays a solid game of tennis and there are enough difficulty levels to tailor the game to your own ability. The tournaments all feel very samey though apart from them having differently coloured courts. The players are just a bunch of presets from the customisation menu and so you miss playing against real pros. 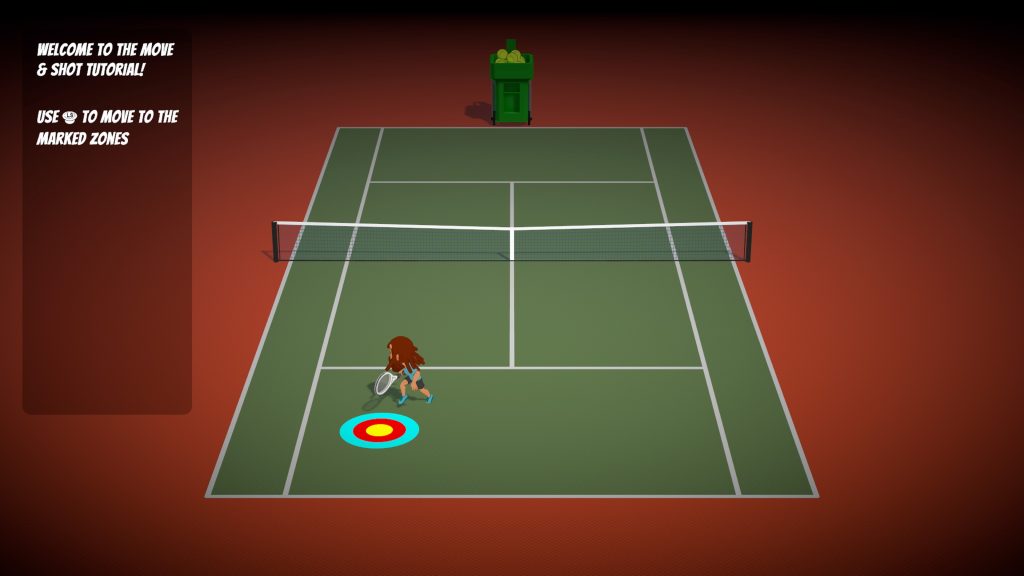 All of the PR material for the game references the old school local multiplayer and that does work particularly well here but, and this is a problem with so many indie efforts, if you’re in the same room with a friend and ready to play games, a simple 2D tennis game is probably going to be a hard sell for most people but perhaps a couple of Super Tennis fans might get more out of it.  There are no online options but then we can’t blame them as the effort of putting in solid netcode probably wouldn’t pay off in terms of actual players showing up.

Still, it’s a valiant effort and doesn’t do anything wrong as such.  The gameplay could be slicker, the graphics could be better, the mini-games could be more inventive and fun and that’s only some of the areas where the game could be made better but it could be a lot worse.  £11.99 feels like a lot of money for such a simple game and it’s hard to say that it provides great value because while there is a lot of tennis in here, it does all feel pretty samey almost immediately.