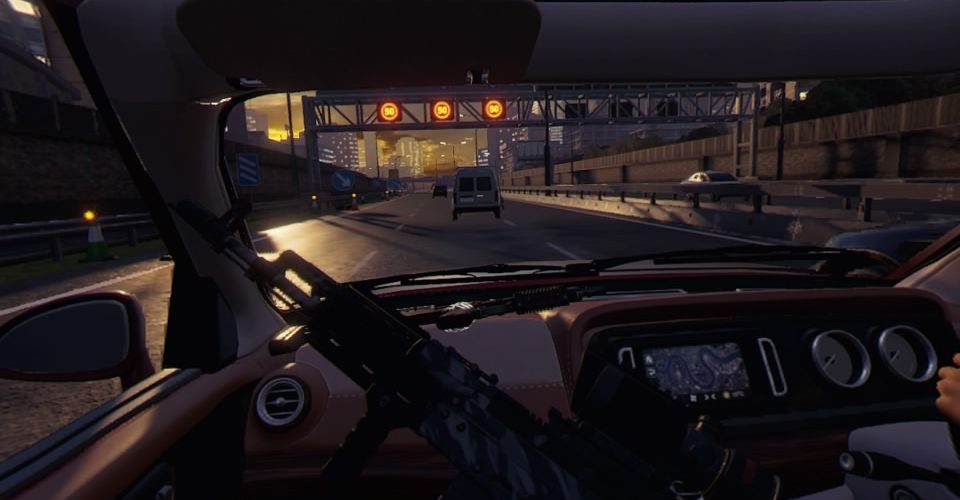 It’s difficult to know just how well PSVR is doing because while there is a very steady stream of indie titles for Sony’s VR headset coming out every week, the big ‘triple A’ titles are few and far between. Owning a PSVR is a bit like being a Switch owner, waiting for those big releases while all manner of indie tat is shoveled in your direction.

So we were very excited to see Blood & Truth, a first-person (of course) shooter from SIE (Sony Interactive Entertainment) London, the same studio that gave us the excellent-but-brief The London Heist (as part of the VR Worlds compilation). That makes this a true first party PSVR exclusive. Something that will delight die hard fans of the hardware.

Much like The London Heist, this is a Lock Stock and Two Smoking Barrels style romp through London’s criminal underworld. You play as Ryan Marks who has returned from his Special Forces day job in Afghanistan to attend his father’s funeral. Unfortunately, as the head of the Marks crime family, his father wielded a lot of power and his death leads to a rival crime boss, Tony Sharp, making a very hostile takeover attempt on the day of the funeral. 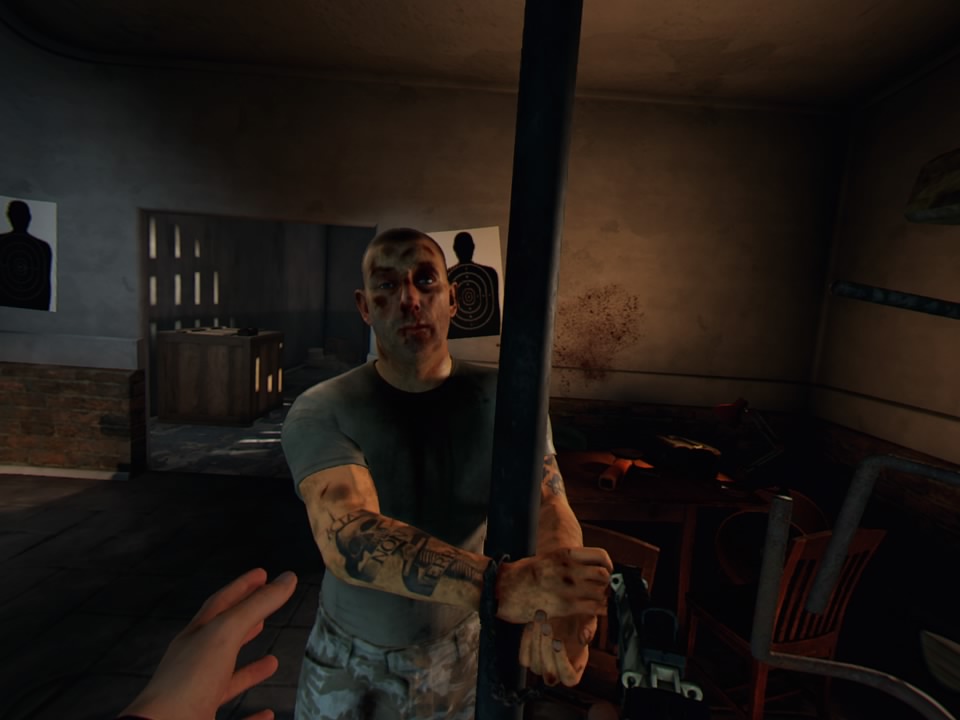 While it is all very ‘The Krays’ there is a sense that family is important, even if your family are all gangsters, and so you start to feel invested in Ryan’s story. Unlike many VR games, your character does actually talk and so you do feel like more than just another faceless protagonist and the relationship between Ryan and his brother leads to some fun moments of lighthearted banter which really help to build a bit of understanding towards them from the player.

As Tony starts to take bolder steps to take over the family business, you play through various missions and set pieces with a view to protecting your family and their interests with the stakes being raised every step of the way. The character models and voice acting do a good job of allowing the player into the story, keeping you engaged throughout.

The gameplay is your standard first person VR shooting which uses Move controllers. Wherever you are in a level, you’ll see indicators to places you can move to. If you look at one of these and press a Move button, your character will go there. It’s a slightly limited system, making this closer to an on-rails shooter but the X and O buttons can be used to strafe left and right, opening your movement up a bit more. 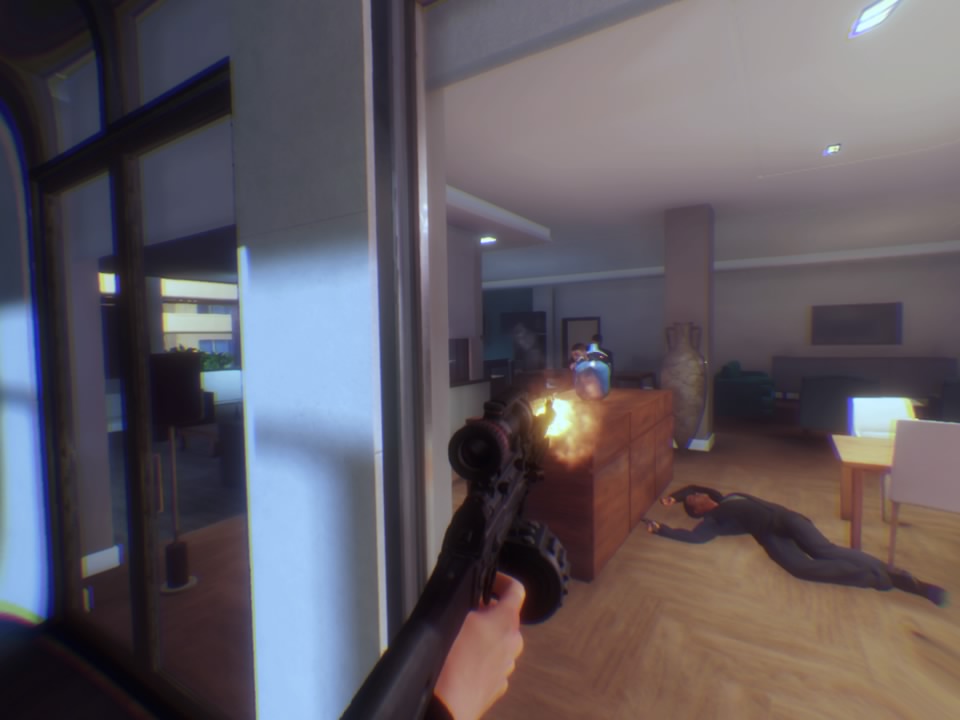 The gunplay uses a similar system to Killing Floor: Incursion in that you can holster your guns in order to switch up your attack. It uses vibration to help you know where your holsters are and that works well but it can still be a bit of a faff trying to do it in combat.

Thankfully the shooting is decently satisfying with you being able to use cover well and the enemies coming at you thick and fast, creating a lot of danger and drama. Add to that a clever time-slowing precision aim mode so that you can take out armoured enemies at the knees and it’s all good. 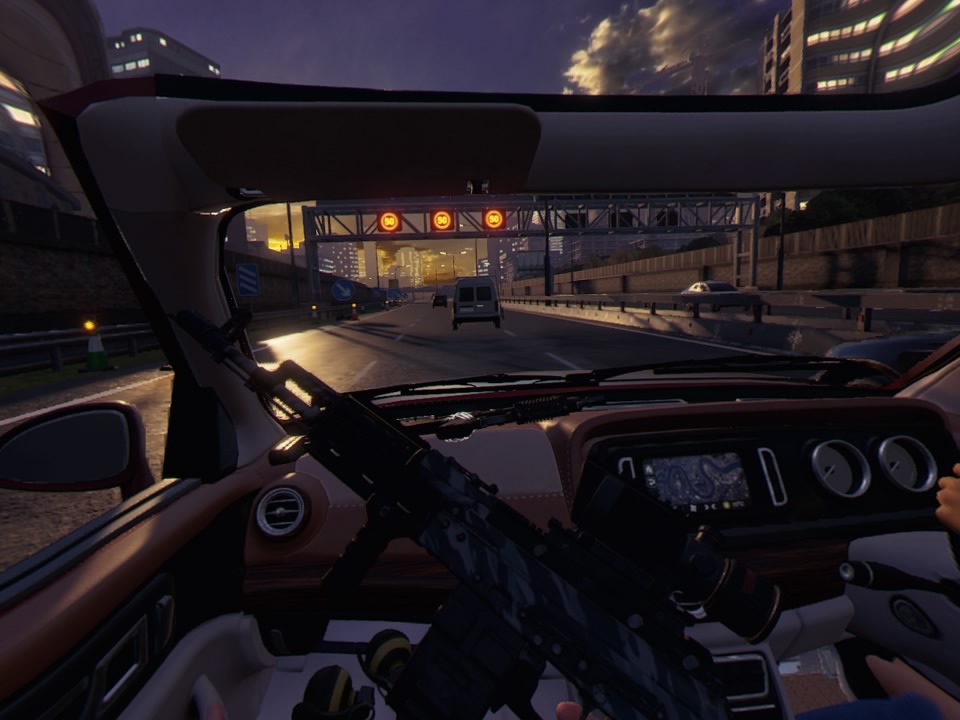 Between missions you head back to HQ, a safe room created by your father. Here you can modify your weapons, customising their accessories and aesthetics. This is a nice touch also but the upgrades do come pretty slowly as they are linked to a star system where you earn stars for shooting hidden targets, and they must be pretty well hidden considering how few we’ve found. That said, upgrading weapons isn’t a massive deal as you find weapons in the missions anyway such as assault rifles, shotguns and even sniper rifles. Between those and the selection of pistols and revolvers, you’re sure to find your favourites.

Aside from the shootouts you also have some added diversions such as deactivating alarms and picking locks and you also get a few climbing sections as well where you have to negotiate the levels using pipes and railings to find new ways into upper floors and so on. We like climbing in VR games and this feels as good as any other so that’s fine. It can sometimes feel like these activities are just there to break up the shooting but they’re fine.

The voice acting is really good in the game with all the main players doing their best ‘cockney geezer’ accents and despite the fact that they are all criminals, we did find ourselves getting emotionally invested in their stories. Others have described Blood & Truth as an interactive movie and we’re happy to go along with that assessment. This is exactly that and it works both as a game and as an engaging story. 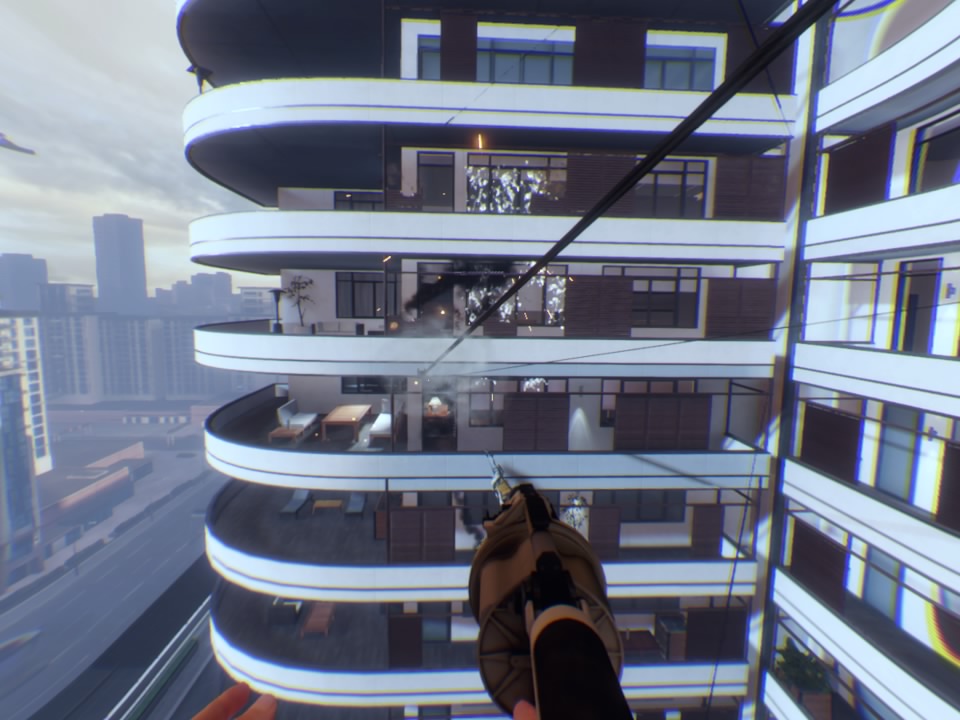 Visually it is as good as PSVR gets which is to say that while the visuals are still a little low-res because that’s PSVR for you, the sense of scale is great. That’s how you can tell there is a budget, because you feel like you are in a world and not just a corridor or arena. There is a level midway through where you have go through a dilapidated building and it’s just a masterclass in level design and set pieces and some of the scenes towards the end had us gasping and just how cool it all is.

Some may have concerns about the game’s lifespan but we’ve said it before, VR games aren’t meant to be twenty hour epics and so the few hours it takes to get through the game feel about right. We’ll be happy to go back for regular replays and this might be our new ‘show off to non-gamers’ game.

Having just played Killing Floor: Incursion you can see what a step up Blood & Truth is in terms of scale and production values and while it’s not the hardware’s first killer app (that’ll be Rez Infinite), it’s definitely an essential purchase for all PSVR gamers.

Blood & Truth
9 Overall
Pros
+ Great visuals
+ Good level design
+ Really satisfying shooting
+ Strong story
+ Truly special set pieces
Cons
- Some may criticise the game's length
- Some of the extra actions in the game feel a bit like filler
- No real good guys to root for
Summary
Sony take the brilliant London Heist and turn it into a brilliantly compelling full game. Blood & Truth is one of the most essential PSVR titles so far.