From Kaigan Games by way of Wales Interactive comes Simulacra. Originally released a couple of years ago as an iOS game, Simulacra is a faithful port even down to how it is presented on PS4, though it’s not exactly pushing the envelope presentation-wise. Your view into the game world is by way of a phone handset running an approximation of both iOS and Android in one.

So desperate are some games sites to find a neat pigeonhole for games, we’ve seen Simulacra described as a visual novel. To do so would be to unfairly lump it in with the likes of Steins;Gate and the Utawarerumono series.  In reality Simulacra is somewhat different. It’s a whodunnit with the primary medium being the mobile phone of a young woman named Anna. 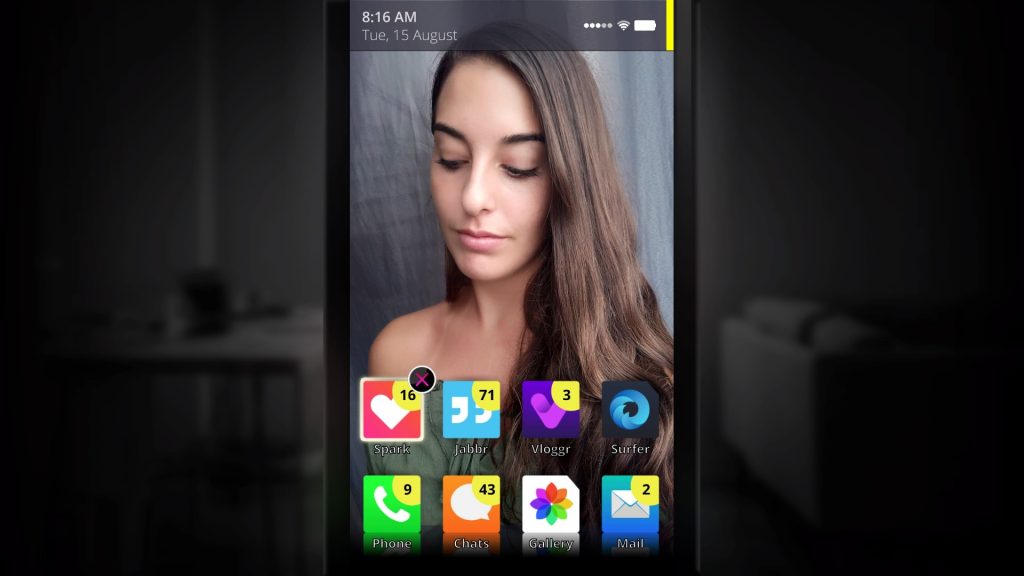 Never mind you’re able to get past the lock screen in the first place, a convenient plot device allowing you do so at the outset. Conveniently ignoring that fact, you’ll soon encounter a parable about how reliant on these over-featured fondleslabs people have become. Perhaps it’s just us, but we’d have handed in this missing phone rather than getting involved in someone else’s drama. Or daresay in the event someone was in actual jeopardy, involve the police.

You’ll be immediately struck that the lady whose phone you’ve come to be in possession of is something of a narcissist. After all, who honestly has their own photograph as their phone wallpaper? At any rate, there are enough stored items on the handset to eventually access all the apps and social media tools on the phone. It all feels faintly voyeuristic and we confess we felt a little uncomfortable on several occasions when we were effectively catfishing a love interest. 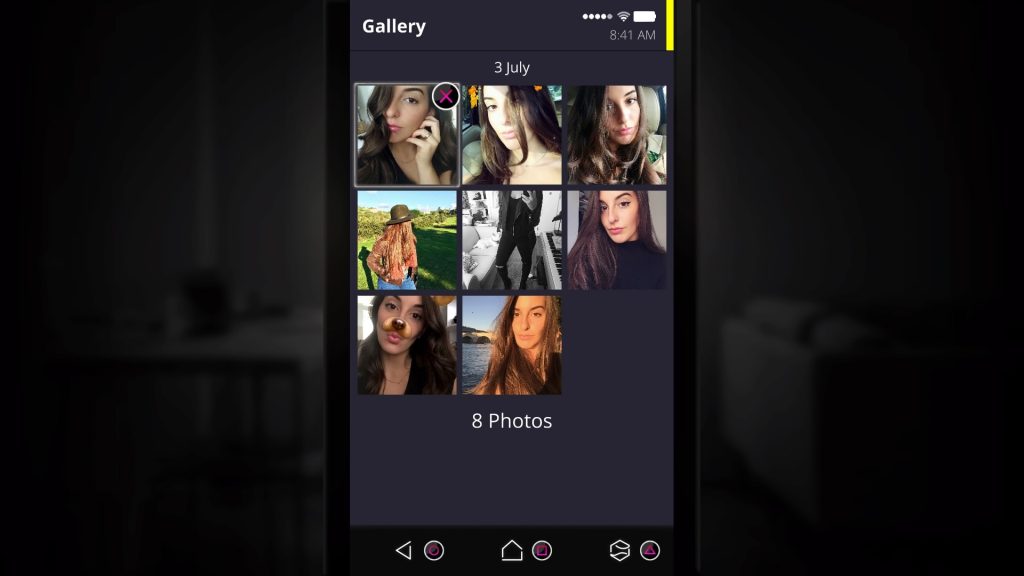 Most early breakthroughs are reached by social engineering your way into Anna’s otherwise secure social media accounts. Although having the password hint for her email account hidden in plain sight makes life rather easier at the outset.

Quite early on Simulacra pulls the carpet out from under your feet. Your only hope of avoiding it being a deus-ex-machina you’ll unlikely manage to resolve. In fact you’ll only have any real chance of solving it unless you have a notepad to hand. Or a photographic memory at least. It certainly wasn’t helped by the made for mobile interface not working quite as effectively with a Dualshock 4 dpad. Who knew, a touchscreen keyboard doesn’t translate too well to a joypad. In fact, this writer would’ve called it a day altogether had we not committed to getting this review done. 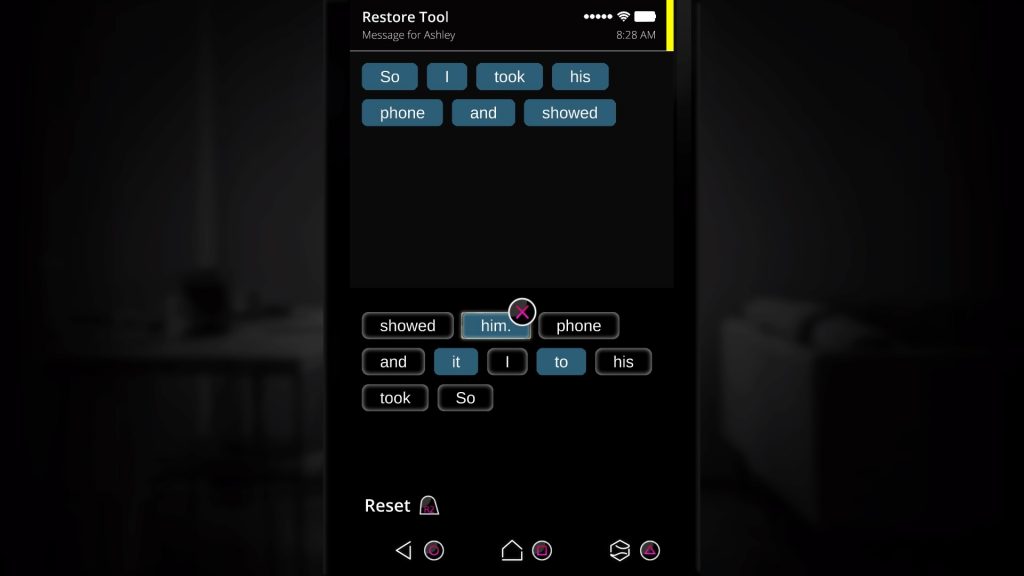 Your main points of interaction are two guys called Greg and Taylor. The three of you take it upon yourselves to try and discover what went down and where Anna’s got to. You don’t really have any choice in the matter admittedly, but there we are.

As well as the text message bombardment, you’ll occasionally be called upon to decrypt corrupted messages and images as you go via light puzzling. The picture puzzles are simple enough and we only struggled with one particular text message due to the lumpen prose on that one occasion. Perhaps it is this reviewer’s advancing years, but why twenty messages to get your point across when a couple will do? You’ve hit us with a half dozen more messages before we’ve taken in the first one. 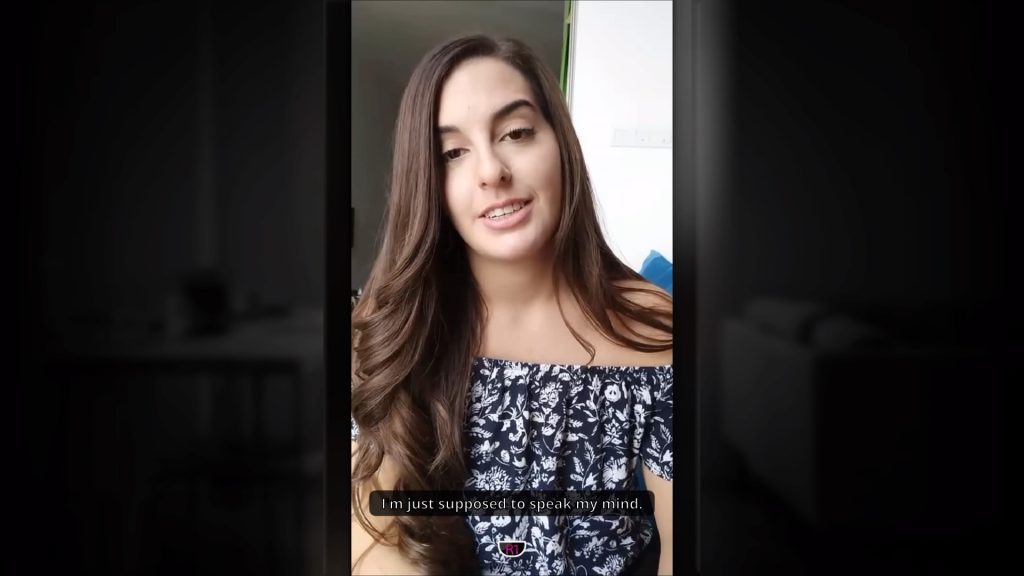 The FMV sections here are of a high quality, the young lady playing Anna being well cast. The supporting cast slightly less so, but we’re here to review the game rather than the FMV quality. Though hearing the director say “cut!” broke the illusion a little bit in one instance. The voice actors are generally OK, though it didn’t help that the stern voiced copper who rings the phone apropos of nothing is obviously the spurned boyfriend putting on a gruff voice.

We can’t tell you too much regards plot as here be spoilers, but there are multiple endings on offer here. Your mileage may vary in terms of pursuing all of them successfully, but we expect we’ll go back for another go in due course. 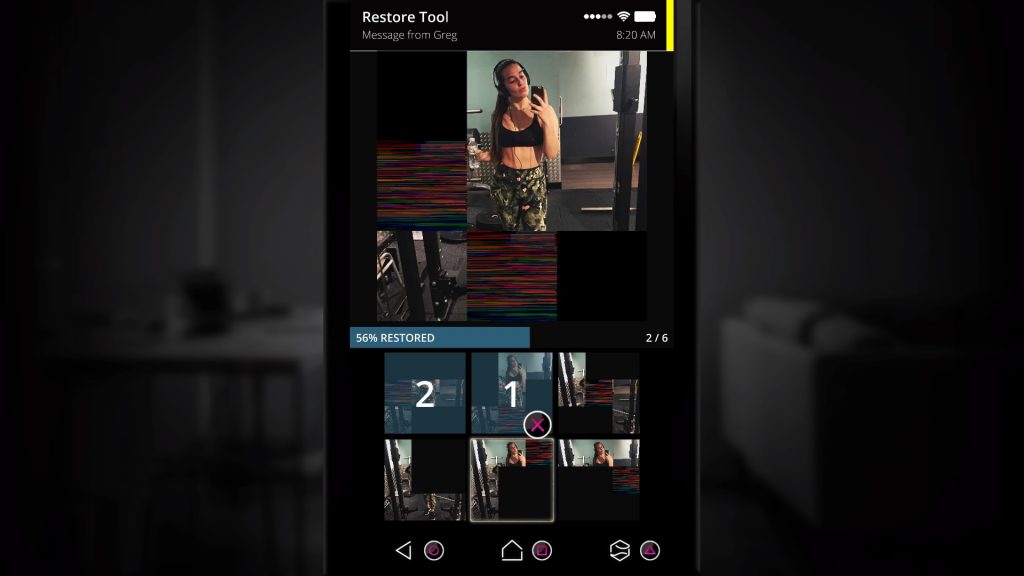 In conclusion, Simulacra is a faithful port of a mobile game that doesn’t expand any on the original source material. It comes off slightly worse due to the keyboard interface being your primary input method. This would be fine were it not for the expediency required during one particular event. We felt a little uncomfortable using someone else’s phone, but we guess that’s the point.

Simulacra
6 Overall
Pros
+ Faint feeling of unease throughout
+ FMV is high quality and well-acted
+ A fair indictment of how people live their lives via their phones
Cons
- Death by text message
- Voice acting variable
- Not really optimised for PS4
Summary
Simulacra is millennial angst by way of a mobile phone that is the window to a mystery that soon unravels. A faithful port but feels a bit like shovelware.