I feel like sniping’s one of the coolest things you can do in a shooter. It will always look precise, patient and require great timing. It’s funny how I’ve tended to avoid games that revolve entirely around it. Along comes GI Games’ Sniper Ghost Warrior Contracts to break me in gently. 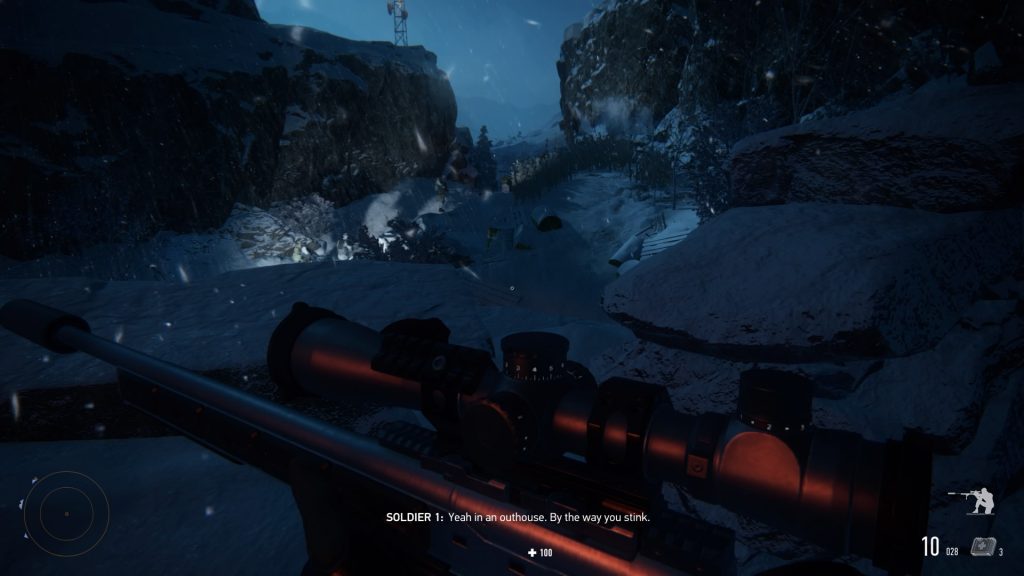 The story revolves around a newly independent Siberia. As Seeker, you’re instructed by your handler to take out the key players in this bubbling conflict between the new rulers and their old masters. It’s presented in some rather slick mission briefings that have a lot of flash if not substance. There is a late-game turn that doesn’t quite stick and I never felt truly invested. The storytelling’s a little flat with Seeker going from mark to mark with no questions asked. The targets themselves lack a little characterisation. It reminds me a lot of Hitman but without the charm or humour. It’s straight-faced, serious and cold.

At least the bread and butter combat delivers. All that timing required to place the perfect shot is replicated well. As a shooter you get plenty of feedback involving the pretty solid ballistics model. It never bores with the usual kill-cam stylishly framing the occasional murder. By default, it doesn’t interrupt the game too often and it does help signify a shot right on cue. Honestly, the combat feels dependable and considered.

AI is chatty and will attempt to flank you, sound alerts and generally attempt to flush you out. On tougher difficulties they can produce quite a challenge. Unfortunately, there’s occasional moments of dumb, technical bother. I’ve seen a soldier get lodged under the ground, screaming at you without really being able to do damage. Whilst other soldiers can oddly freak out behind cover. It’s a sign of a game with some rough edges to bear. A couple of patches have yet to iron them out. 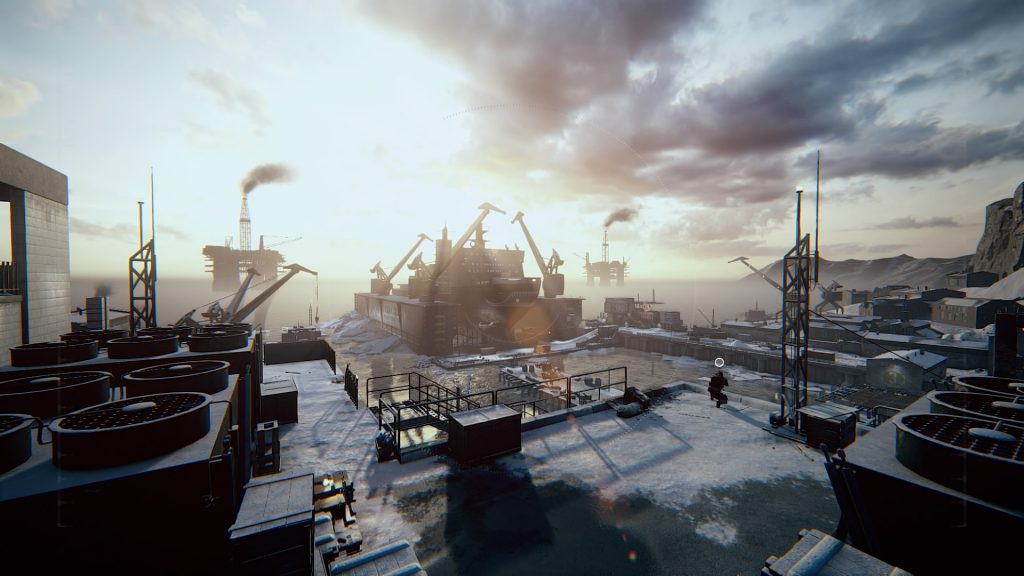 Mission design is also a little rudimentary. Seeker usually finds himself tasked with executing a target, hacking a terminal or retrieving some crucial intelligence. Objectives or key areas are highlighted on your map so there’s very little confusion when it comes to pointing you in the right direction. Finding your way to exfilitration sites is a little trickier, especially if there’s height involved. Maybe I’m just dumb but the searing spears of light that indicate a spot to leave the mission can be tricky to pinpoint on foot. Elevation doesn’t really get taken into account but at least your mask can set you straight on some key locations.

Handler will always pipe in after a met objective to encourage you to exfiltrate but it’s an optional mechanic that can be circumvented by a checkpoint. Once a checkpoint is reached, the objective is ticked off and you can continue with the mission. With five missions in total, the game can feel small. These missions do come with a handful of main objectives and some challenges to bolster your time. They each reap different rewards with some tokens only being valuable for unlocking basic skills. 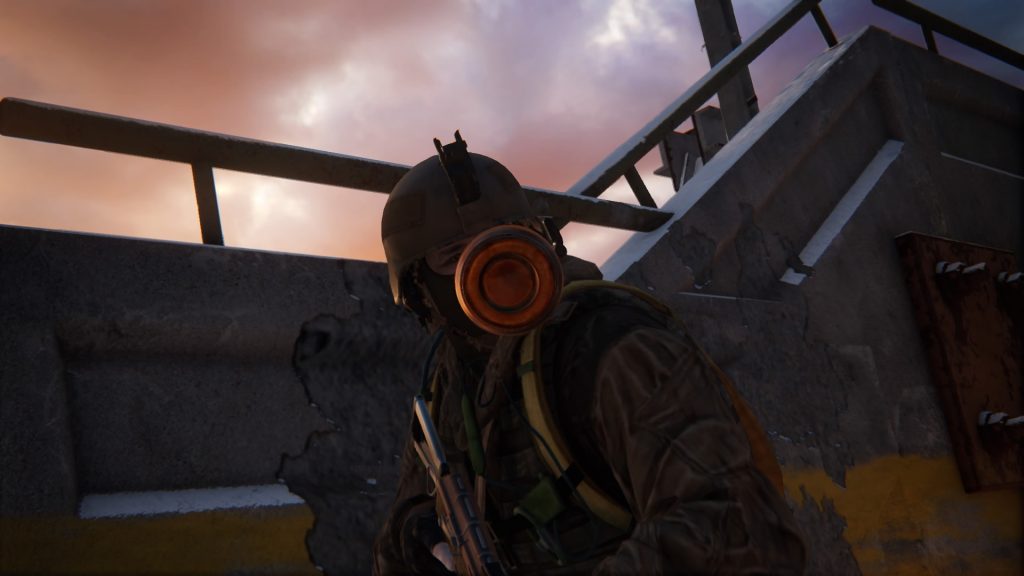 Sniper Ghost Warrior Contracts does, at the very least, make the most of the areas you’ve been given. Bounties, challenges and collectables offer incentives to seek out more of the map. They’re clearly marked on your map or explained in the mission screen and do entice you to play differently. You get plenty of money from the main path but greater skills require the tokens earned from side content.

The skill tree itself gives you plenty of options although there’s very few options available to make you more resilient under fire. You can improve your perception which can be crucial in missions where you’re surrounded by enemies. You can purchase new weaponry, ammo and gadgets and increase their effectiveness with skills too. It’s not especially robust but the skills at your disposal can come in handy.

Sniper Ghost Warrior Contracts looks stellar. Whilst you’re spending most of your life rooting through Arctic environments, the lighting helps cast some really wonderful looking shade and highlights some spectacular vistas. The framerate is stable and there’s no signs of hitching. It has a crisp, realistic appearance that gives you plenty of distance to play with. It’s appreciated in a game all about line of sight and perception.

Sound is well-cared for, too. Any music is used well to heighten tension or indicate what status of alert your enemies are in. A telltale whistle accompanies any potential for your cover being blown and you certainly know when you’re in the clear. Playing with headphones allowed the enemy chatter to give away their position and I do enjoy when a game can nail that. 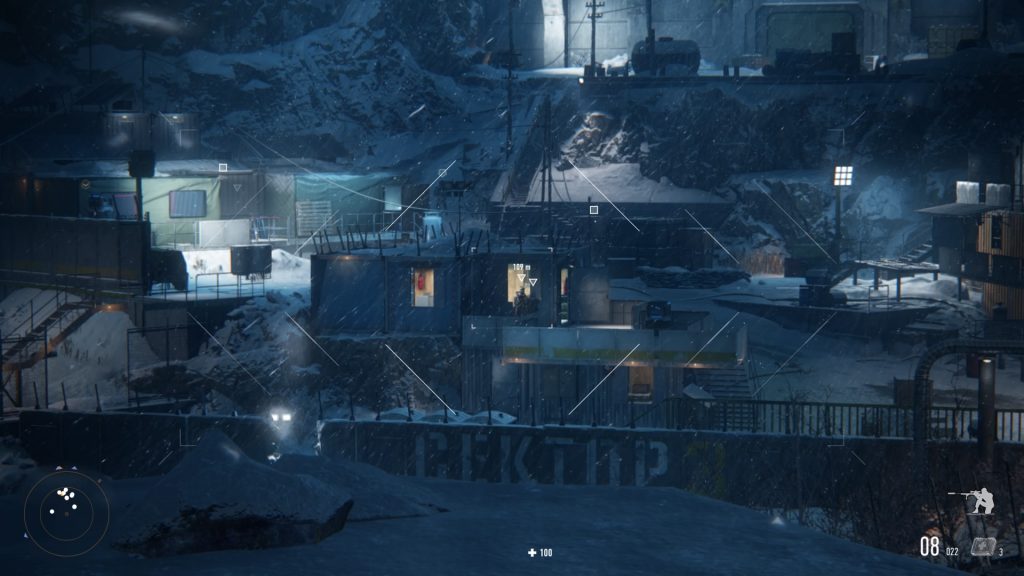 What I can’t abide by are the odd problems I’ve faced when just navigating the game’s wide-open levels. My main issue is how you are prone to being snagged or jammed by terrain that shouldn’t provide a problem. I’ve found myself frozen still by nothing and have to either wiggle my way out of trouble or reset to the previous checkpoint. This game has real problems with geometry and you can fall foul of it. I found it happening too often to ignore and it’s a real shame this slipped under the radar.

I suppose your time with Sniper Ghost Warrior Contracts depends on your tolerance for the unfinished touches. It’s a sound shooter with some tense arenas but that can all wither away under some frequent technical scrutiny. There’s tension to be had but the game’s quality can sometimes shatter the illusion completely.

Sniper Ghost Warrior Contracts
6 Overall
Pros
+ Visually sharp and gorgeous environments.
+ Immersive sound design.
+ The core sniping is reliable and satisfying.
+ Wide areas that allow for plenty of exploration.
Cons
- Serious technical issues from AI bugging out to geometry hampering your movement.
- Infrequent checkpointing.
- A bare story delivered fairly poorly.
- Enemies can appear fairly dumb.
Summary
Sniper Ghost Warrior Contracts has some genuinely great sniping and exploration undermined by equally frequent technical hiccups. They've managed create a sharp, visually striking environment but the very ground you walk on can snag and frustrate you. When it works, you have a tense, patient experience but you need to be willing to overlook so many flaws.