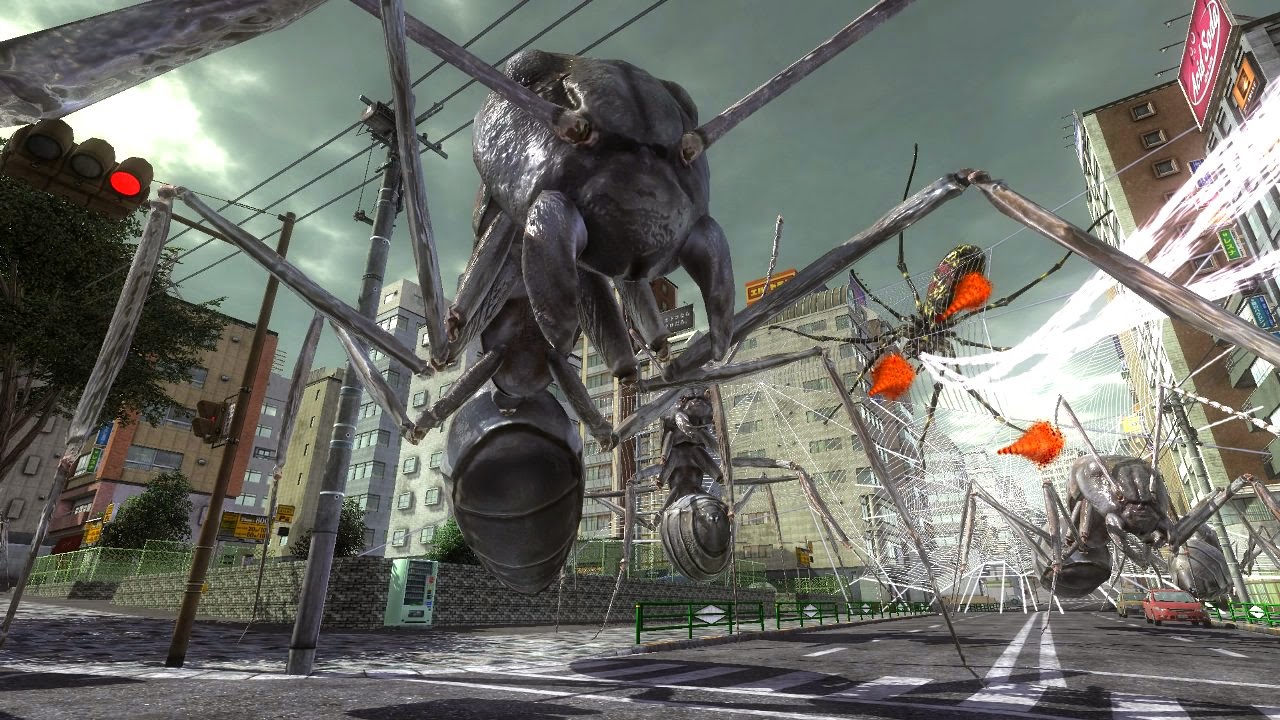 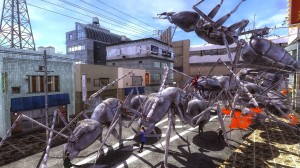 Earth Defense Force 4.1: The Shadow of New Despair isn’t a game you should get into lightly. Sure, on the face of it, it’s a big, bold, silly b-movie of a game where you play as humanity’s last line of defence against hordes of giant insects, robots and other sci-fi staples and should be a trashy, throwaway experience.

At first, that’s exactly what it is. You’ll play as one of four classes, armed to the teeth and dropped in a city location with a hundred or so giant ants running around. The camp dialogue and cheesey plot add to the fun as you shoot your way through the level taking out ants, innocent bystanders and half the scenary as you go along.  This is destruction on a mass level and the game is all the better for it.

Playing on Normal difficulty, this is pretty much the story of the game for a while. New enemies are introduced as you go along but the game balances itself to these new challenges by letting you unlock a silly number of weapons that range from machine guns, rocket launchers and grenades to really experimental tech. A lot of it is useless, like the flamethrowers or mines, but there are some very fun toys to play with. 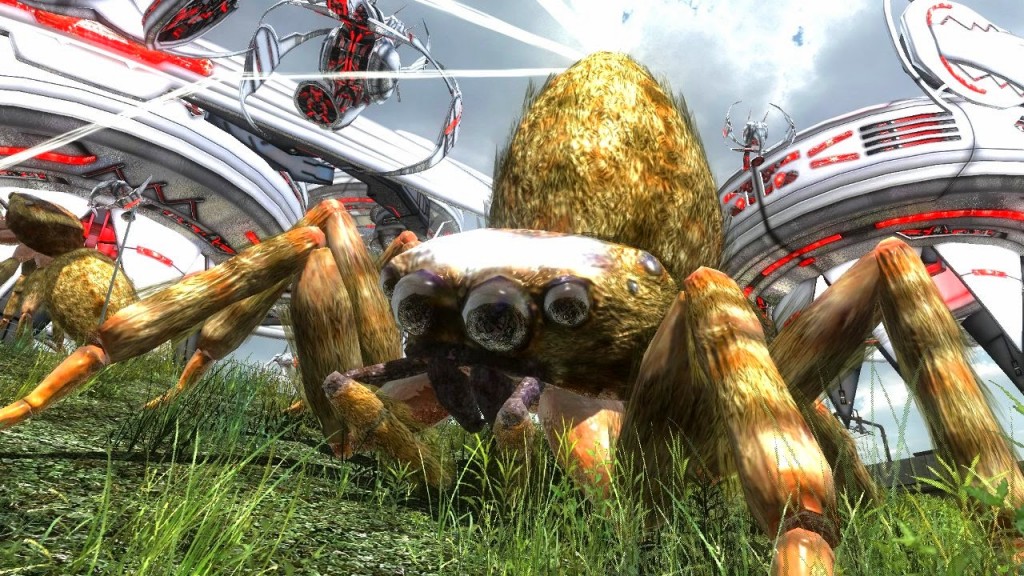 With split-screen co-op and up to four-play online co-op, there are a few ways to share the fun and sheer wonder as the game finds new ways to torment you. In solo or co-op play, the classic Earth Defense Force template is adhered to. Trying to fend off a giant horde while buildings and bridges collapse with every wayward rocket remains one of the most exciting experiences in gaming. It’s pure arcade madness.

The true EDF though is the grind through the difficulties. At Inferno level (the game’s hardest setting), EDF is no longer a dumb shooter with a b-movie fetish. At this level, strategy is everything as you have to manage damage given against damage taken to a very precise level. Death can come quickly and if you aren’t doing the right type of damage, you’ll soon be overwhelmed. Knowing what enemies to pick off first, which cover to hide behind, what weapons to employ and what classes to combine in co-op play is essential. 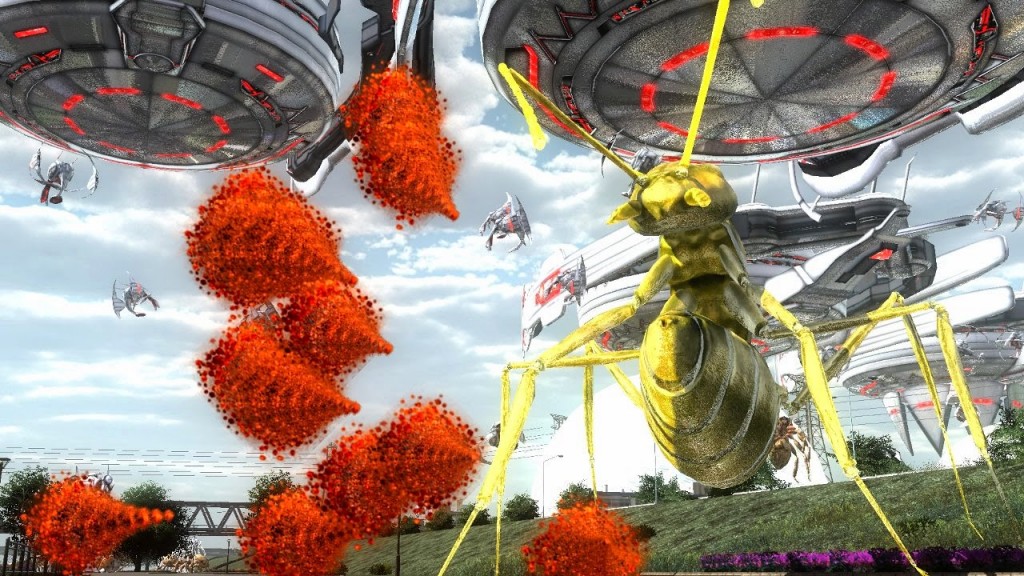 The strategising cannot be understated. There are levels that initially seem entirely impossible and you’ll need to adjust your tactics each time, seeing what works and what doesn’t. Eventually the level that kicked your arse in less than a minute will start loosening up a little, you’ll take out more enemies here, maybe an extra nest there until eventually you’ll beat it. EDF is generous with the adrenaline when you win these little battles.

That said, getting to this point takes a long time and you’ll have to decide personally if the juice is worth the squeeze. Maxing out the achievements on the Xbox 360 version (which is essentially the same game bar a handful of extra levels on the PS4 and a few little remixes on existing levels) took me the best part of a year to do (with some heavy play) and while it was entirely rewarding at the time, this smallish update is asking a lot if it wants us veterans to return to the fight. 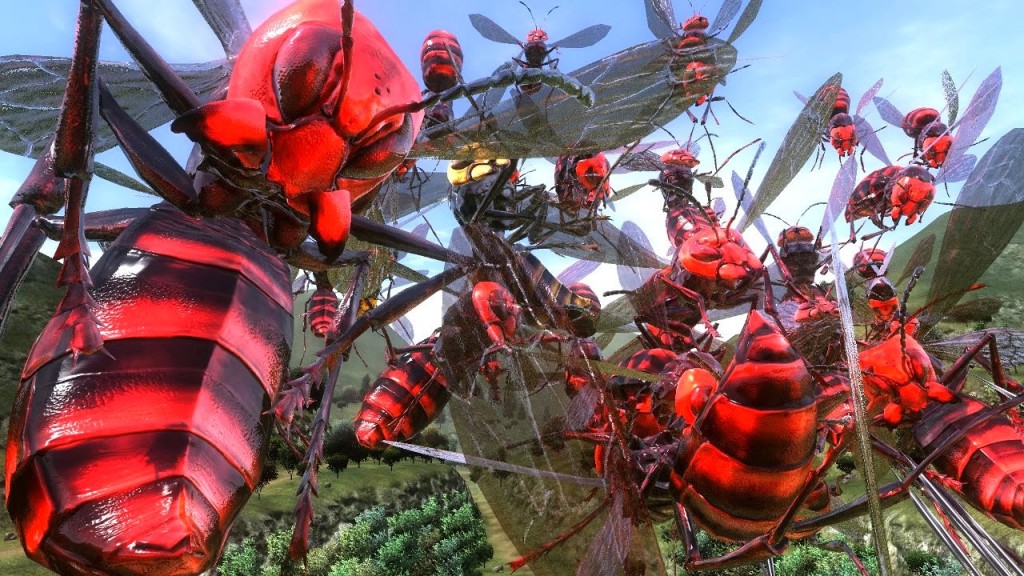 There are some changes on offer for you though.  Many of the levels have been remixed, so a lot of your old pro strategies will need adapting.  Also, there are more enemies out there now.  To compensate, the weaponry has been beefed up which is a pretty good design choice.

Visually, the series has never looked better. The textures and character models look great. Quite how a console can push this much carnage around, I don’t know. Occassionally, the frame rate can protest but not like it did on the 360 and for the most part the action is smooth and slick.  The lighting is absolutely exceptional and when you consider the designs on offer, EDF  may well be the best looking title on the system.  Sure, it may not have the artistry of say, The Order, but what this game is doing is incredible.  Fighting a cave full of bugs by just the light of your lasers is possibly the most stunning visual you can get on the PS4. 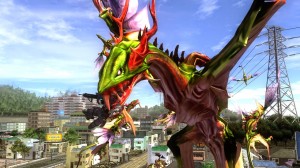 EDF is a series that doesn’t understand restraint. The fully destructible environments and large number of giant enemies is a recipe for chaos and the PS4 does such a good job of displaying the chaos at you. Casual players will certainly be able to feel that and will enjoy the 90+ levels.

If you want a fresher EDF experience, EDF2: Invaders from Planet Space on the Vita offers more change but if you want the definitive EDF game, this is it. From the spectacular visuals to the sheer number of levels, Earth Defense Force 4.1: The Shadow of New Despair delivers a huge chunk of alien-hating action and for virgins looking for something a little different to the usual shooting games, this is highly recommended.

*NOTE – one does not simply review an EDF game.  This game takes hundreds of hours to reveal of its complexities.  As such, we will return to and update this review over the following months.  However, this review is currently based on 1.5 playthroughs on this version and the experience of maxing the game out on the Xbox 360.

Earth Defense Force 4.1: The Shadow of New Despair
9 Overall
Pros
+ The best looking game on PS4 + Epic action on an unmatched scale + Arcadey fun without the faff on lower difficulties, strategic gold on the harder ones
Cons
- Is balls hard - Rewards single player over multiplayer - The most grindy of platinums
Summary
EDF is back and it has never looked or played better. The epic gameplay and action is there but so is the grinding. You can't go wrong though. This is as good as shooting games get.