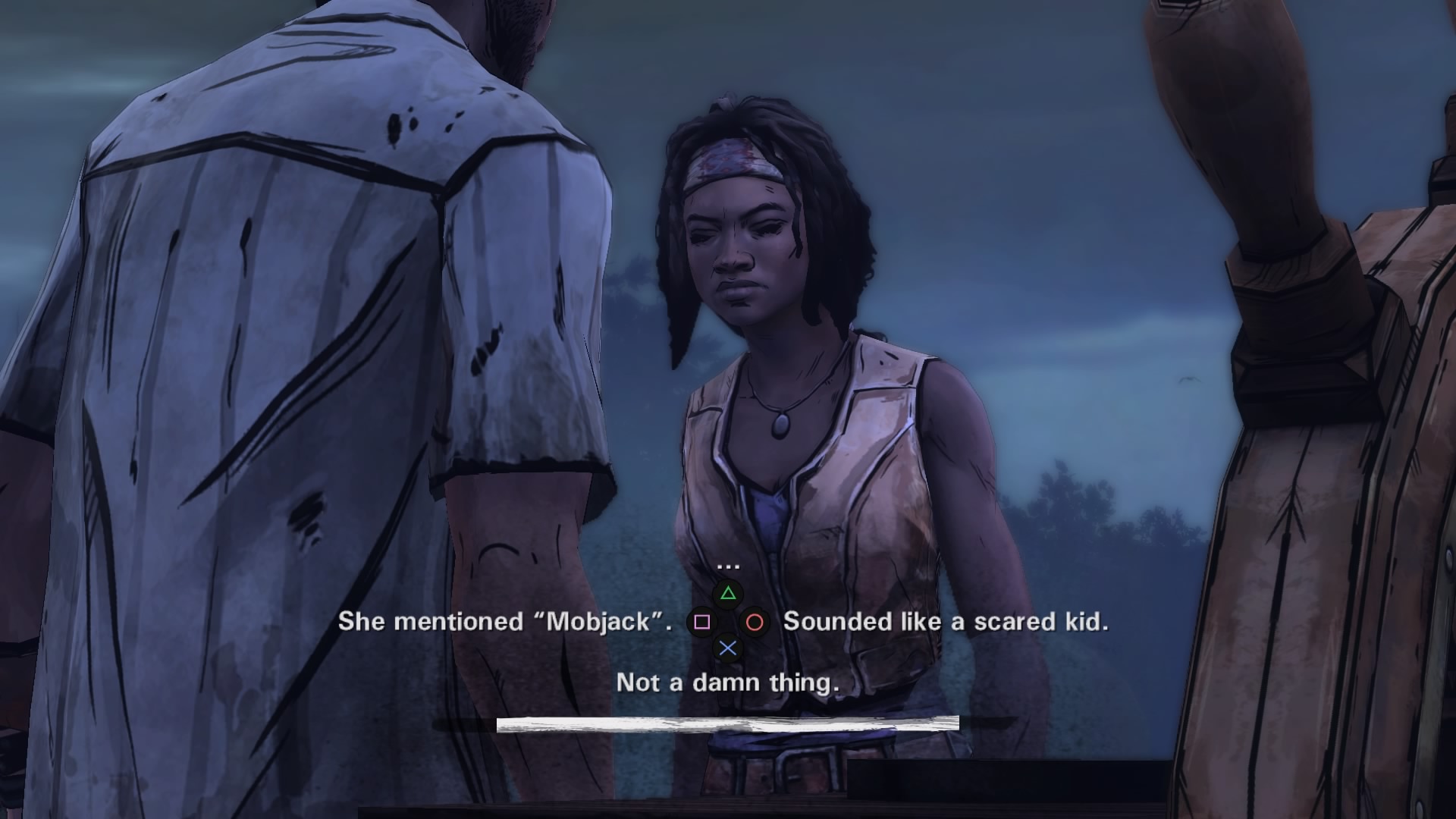 Full disclosure, I’ve never read the Walking Dead.  I’ve also only ever watched the first season of the TV show, I got piss bored at the farm season 2.  As a result when I saw this was being released my first thought was, how the hell do you pronounce Michonne.  Given this I was a bit reluctant to buy into a new Walking Dead game, you see I’d grown to love Clem and really didn’t understand 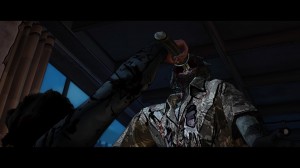 why this game wasn’t continuing her story.

Telltale are calling this a mini series and it does weigh in at half the size of their other games.  What we’ve got here is the first in a three part story following Michonne as she goes on a little excursion on a boat.  Things are exactly as you’d expect in a Telltale game, there has been no significant changes from any of their earlier output.

Things progress as you’d expect with decisions to be made and consequences to be faced.  The story being revealed in this game feels somehow tighter and more polished than the previous Telltale Walking Dead games.  This game feels urgent and in relative terms is positively packed full of action.  This is noticeable in the frequent fight scenes, and limited exploration scenes.  That’s not to say there aren’t sections which concentrate on character development too, it’s just this game feels quicker than Clem’s journey.

The main issue I had with this game is one of baggage.  I was well aware Michonne already had an established character and backstory, and although I didn’t know what this was, I knew it was there.  As a result of this I was unsure how to play as her, and after some actions I was left wondering if that’s what the real Michonne would have done.  I never had this issue when I played other Telltale games as the characters you inhabit in these were very much blank canvases. 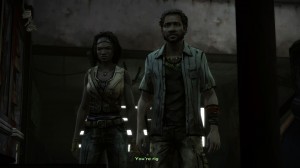 As a story based game you want some good hooks to keep you going and this lays plenty of groundwork for the later episodes.  We’ve the promise of learning more about Michonne, including what happened to her kids.  We’ll also get resolutions on the big cliff-hanger this game finishes on.  It does a really good job of keeping you hooked to find out what going to happen next.

Unfortunately I know how Telltale games work and this also falls into similar traps with the main issue being the choices you make only have a certain degree of effect on the overall game.  For example I just know next episode will have to follow a certain path.  I also know that it must be extremely difficult to manage all the choices possible to give genuinely unique stories.  This is better than a lot out there, but this could be due to the fact the story is more stripped back, more simple.  Compare this to the recent Game of Thrones games and you can really appreciate the better story on offer here.

Telltale started the modern story based genre, having produced some stone cold classics along the way.  With this history though comes expectation, people expect good things from them.  This breaks new ground for Telltale as it’s a much shorter game from what we are used to. For what it’s worth I think the story, and therefore game, benefits from this greatly.  Feeling smaller and more focused than previous games has allowed Michonne to get off to a great start.  I may be able to predict where this will go next, but that doesn’t mean I don’t want to play it. 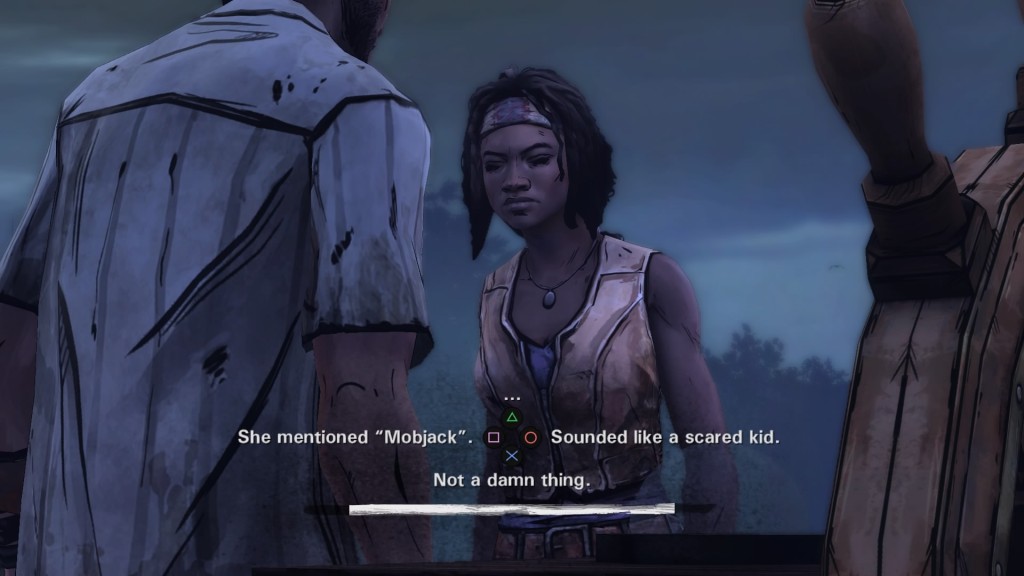 The Walking Dead : Michonne - Episode One In Too Deep
7 Overall
Pros
+ Gets the new series off to a great start + Feels much more action packed then other Telltale games + Tells a decent story
Cons
- Using an established character can slightly alienate new comers - The choices being made can feel a little predictable - At the end of the day this is basically like a talking book
Summary
Another Telltale game with everything that entails both good and bad. What Michonne has going for it though is a strong character and a sense of pace missing from other Telltale games.