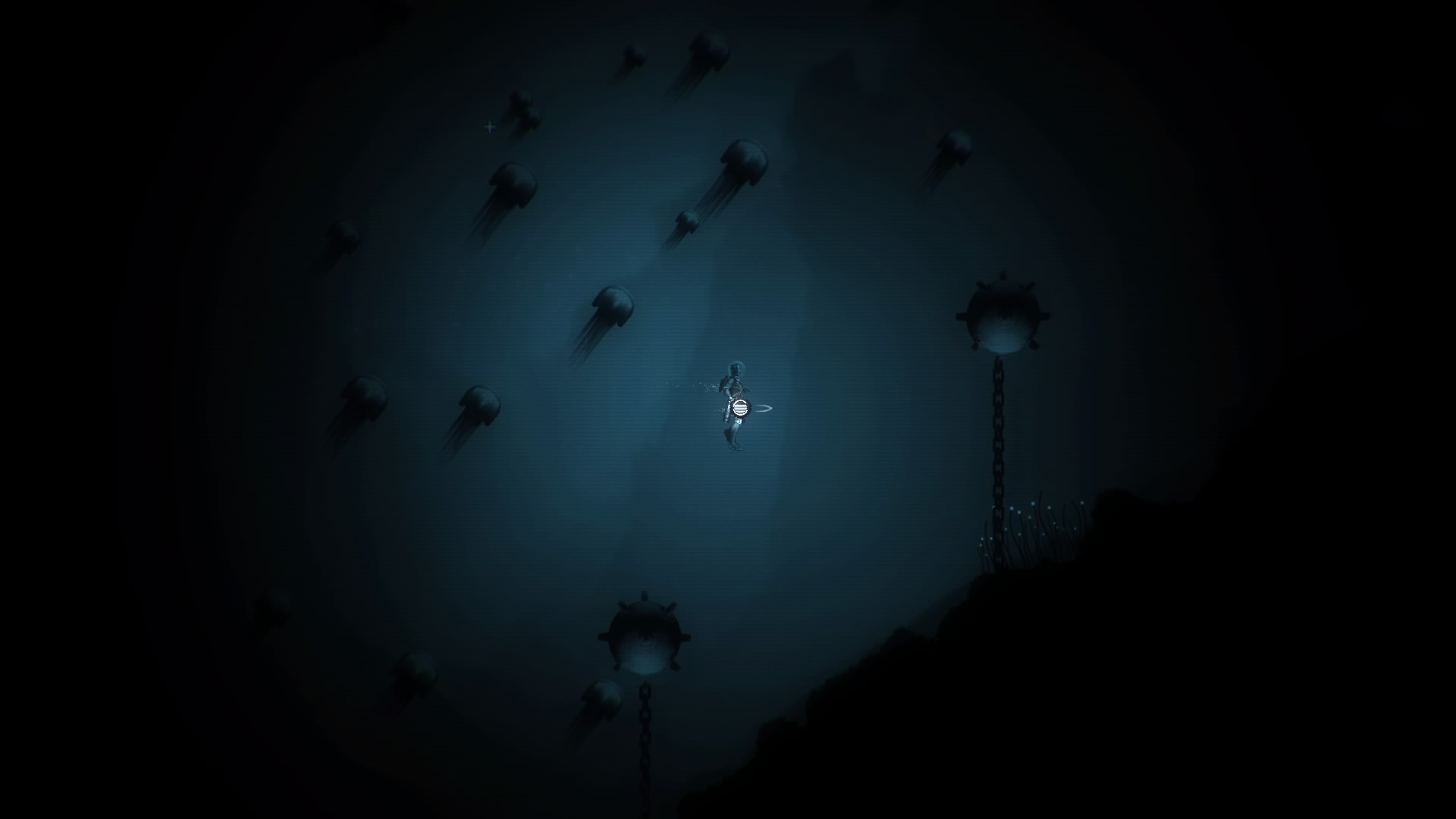 Anoxemia is the deficiency of oxygen within the bloodstream. It is also an exploration-heavy story-driven tale from Badland Games that originally arrived on PC in 2015. Similarly in the vein of something like ADR1FT, you play a lone scientist trying to piece together a big mystery that, in this case, takes place under water. 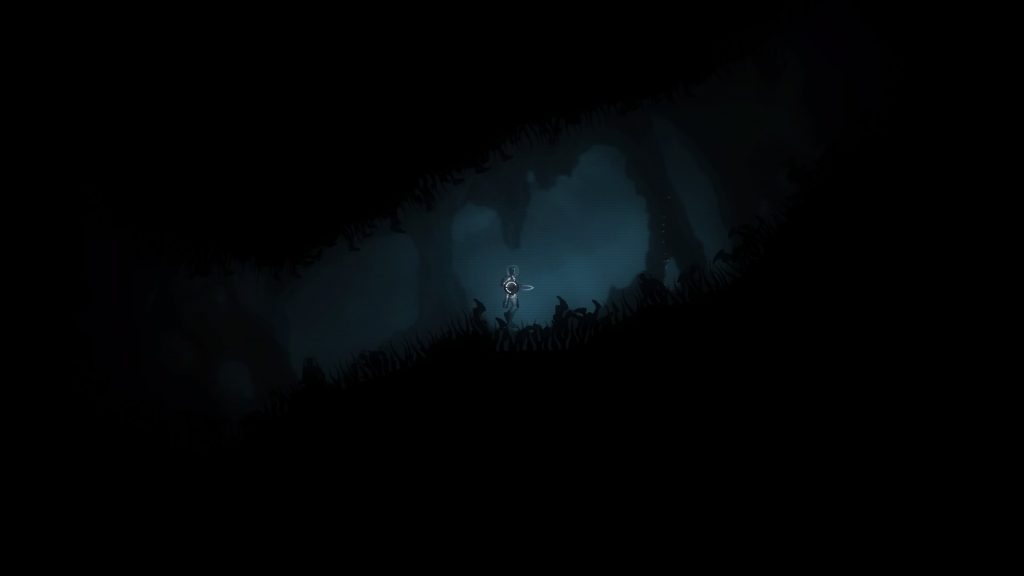 The plot’s delivered to you piecemeal by comic book panels that fill out a much larger strip as you progress through the game’s 38 levels. Dr. Bailey’s the man you’re tasked with guiding via a small, autonomous drone. It offers a twist as you instruct him to wait, boost through obstacles and ultimately ensure his safe passage through the murky depths. Controls are simple with a typical sense of inertia applied to his movement. It’s something to be aware of when hazards and threats become something to consider. He can get snagged on debris and, whilst he largely does what he’s told, he can halt or struggle against rocks. It’s a minor annoyance that can present occasional problems.

Aside from playing escort, you have objectives and puzzles to tackle which are fairly casual and simple to solve. You’re given the right tools for the job and new mechanics are introduced robustly enough for you to use them effectively. Levels are short in nature and a simple ping around the environment will display any remaining objectives you need to clear. Areas are designed relatively well with very little chance of becoming lost. 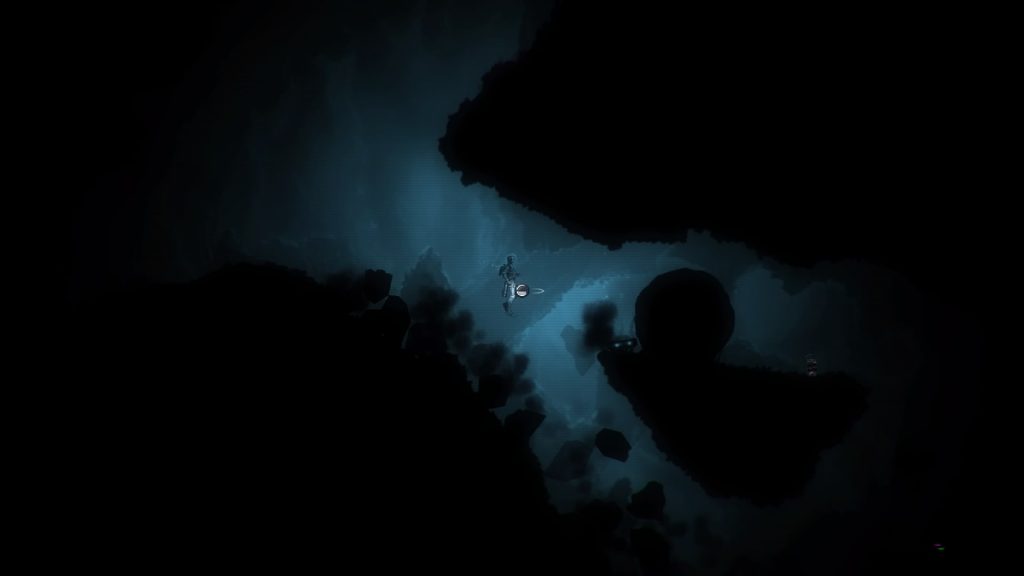 Objectives don’t tend to vary with the game’s tasks boiling down to collecting things. It can prove a little bland when you’re doing the same thing across dozens of levels, although the speed at which levels come and go can dilute this somewhat. En route, you are encountering mines, boulders and other elements to clear your path so you have plenty to play with across the five-six hour playthrough. Dealing with boulder physics can be a pain, though. Your drone has a tether but it doesn’t seem to have much influence over large objects. Barrels can be manipulated easily but boulders don’t appear to budge. To compound this, you and your companion can find yourself wedged between rocks or platforms.  It’s an extreme example but it can really slow down progress.  You’re dependent on each other so keeping yourself and Dr. Bailey moving is a crucial priority.

You can revisit cleared levels at any time, although a complete restart will wipe your save data from scratch. There are no mid-level saves so a failure will result in beginning the level from scratch. That can be frustrating during the more involved segments. I’ll reiterate levels are brief so you’re hopefully not spending much time repeating objectives. 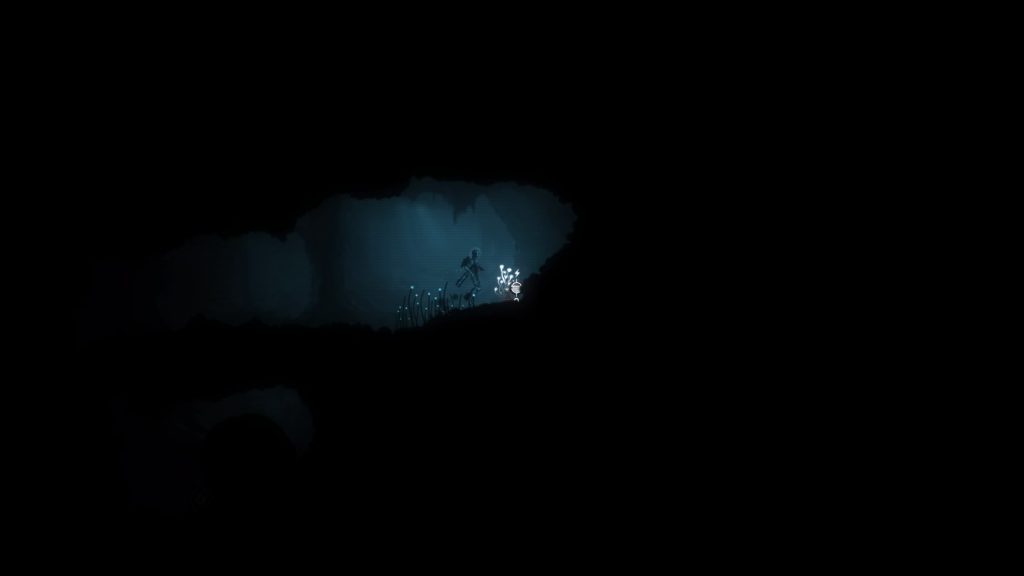 Primarily, the world is painted with a gloomy, black-and-blue aesthetic which, whilst not the most colorful palette to feast your eyes on, does deliver an appropriate picture of the deep, dark depths. There’s a couple of background elements around to give the caves you explore a little more life and movement and an excellent soundtrack bolsters the game’s look and feel. It’s a cohesive combination that sells itself very well. Your sonar beeps punch through the ambience It lacks variation but the game’s latter half does attempt to place you in more interesting locales. Indoor areas can feel particularly claustrophobic. At times it feels too dark for comfort. As you delve further into the game, the score takes on a more sinister, dramatic tone which helps feel like some stakes have been raised.

It’s a pity I’ve found the plot to be a little underwhelming. I don’t know whether it’s the brief, comic book cut-scenes or whether Dr. Bailey’s intermittent, repeated chatter is putting me off but, it doesn’t pack enough punch for me to feel invested. There are moments, set-pieces where the heart starts to finally beat and relying on power and oxygen resources can provide situations of urgency but it doesn’t seem to maintain it. For a game so story-focused, the delivery of it seems so light and minimalist that it feels weightless and without impact. It has one card in particular that it seems to overplay. My first exposure to it had some intrigue to it but, after three more times, it’s lost all gravitas. I also feel like the subject matter, coupled with these isolated settings, make for a well-traveled story. 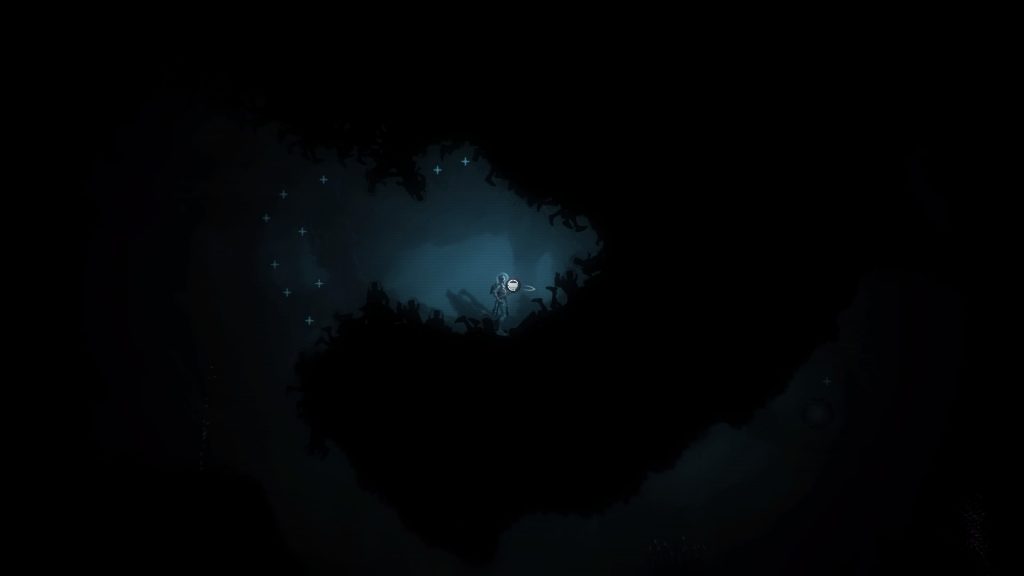 At its core, Anoxemia provides some compelling wandering and intriguing atmosphere that some will find reason enough to participate. I just wish the dark tale had more thrust behind it or was a touch more memorable. The first half feels especially drab and, whilst most of its teaching is done there, the game doesn’t hit stride until the latter stages.

Anoxemia
6 Overall
Pros
+ Atmospheric visuals and soundtrack.
+ A fairly forgiving experience.
+ Exploration is rewarding.
+ Offers a different take on an escort mission.
Cons
- Plot, whilst interesting, lacks impact.
- Some physics-based elements lead to frustration.
- A bare-bones package with few options.
Summary
Anoxemia has a great sense of atmosphere with an interesting plot but the whole package seems to lack a little punch. Exploration is fun to partake in and, whilst your objectives rarely stray from collecting things, there's a certain enjoyment to be had from adventuring deep, down underwater. That might prove enough for some who fancy a shorter, more forgiving experience.