It’s odd how the release calendar works sometimes. World War Z saw a movie adaptation in 2013 and now a game arrives slightly ahead of Sony’s own zombie effort. Saber Interactive are hoping this won’t be lost in the shuffle. Will it be smothered by the swarm? 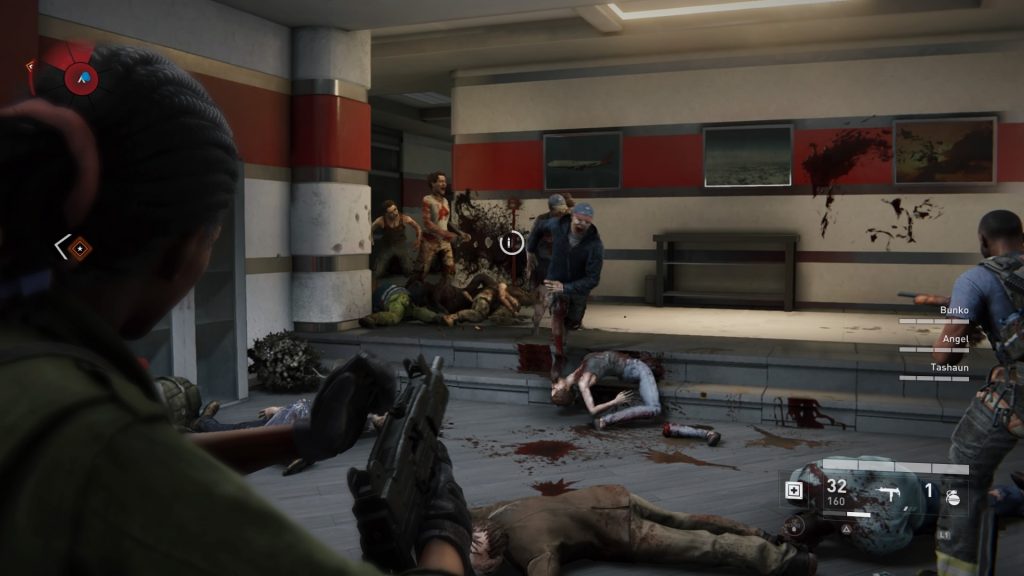 A co-op squad shooter, World War Z does it’s best Left 4 Dead impression. The game takes place across four globe-trotting episodes with each one featuring a fresh cast. Each character feels like a blank slate but they can be outfitted with any of the game’s six classes. There’s quite a variety on offer from damage dealers, medical support and explosives experts. Each of them have their own skill trees which does allow you to customise and build a class to your liking. Weapons can also be enhanced. There’s a decent variety of conventional firearms and Shooting feels reliable. Your silenced firearm is well used for headshots which feel satisfying and, at least when playing offline, it’s necessary. Making noise can bring the horde to you so silenced weaponry proves useful to thin smaller pockets of resistance.

Heavier weaponry carries some serious punch. The Carbine rifle sounds dangerous and deadly whilst RPGs create satisfying explosions. There’s even a chainsaw available for those that want to get up close to a wall of zombies. Each run nets you experience for your class and coins to upgrade your firearms and perks. This allows you access to quicker reloading, new starting equipment and other benefits that make taking down scores of the undead more effective.

You can heal each other or yourself with any medkits you find lying around. Typically, there’s plenty of them to be found, along with ammo crates and stocks of grenades. Despite this, you will tear through ammo as you play. As the zombies increased in number, I was alternative between weapons, reserving the heavier machinery for the mission climax. Your pistol becomes a little redundant when swarms arrive and is best used for the quieter segments. If you want more of a challenge, there’s five difficulties to choose from. 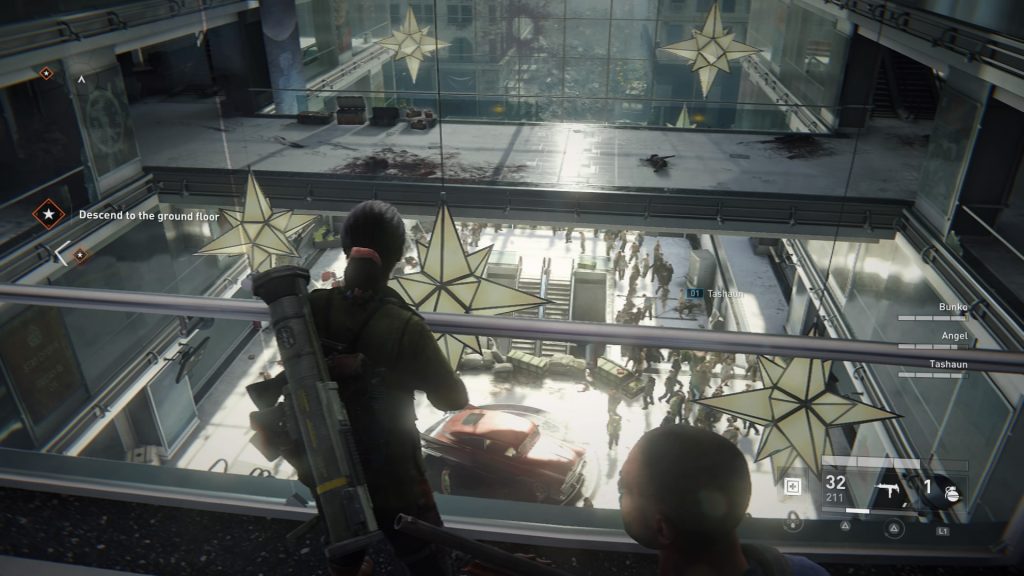 World War Z also utilises some base defence portions. Here you and your squad settle down and prepare for an invasion. Here you have the chance to place down an assortment of traps and barricade entrances. The latter is surprisingly useful to hold enemies back although these sections also come with the occasional maintenance. Turrets need to restocked, doors need to be closed and manual turrets come with their own limited supply of ammo.

The swarm is impressive to witness. Watching the countless zombies charge over the horizon is daunting and incredible. They clamber over each other to reach you and the game manages to render a lot of activity without too much stress. There’s some great physics on display as the horde cares little for self-preservation. They’ll gladly throw themselves off buildings to punish the group and explosions throw them everywhere.

Missions tend to flow from small, quieter openings to an inevitable showdown at an evacuation point. It’s a predictable structure and, whilst it’s easy to grasp, there’s a lack of variation at times. You might be tasked with fetching items or escorting an important person. As a group, it’s easy to divide and conquer and it brings with it a certain swiftness. As a single-player, it can be bothersome to do most of the heavy lifting. The AI is competent at shooting but don’t tend to offer much in autonomy. 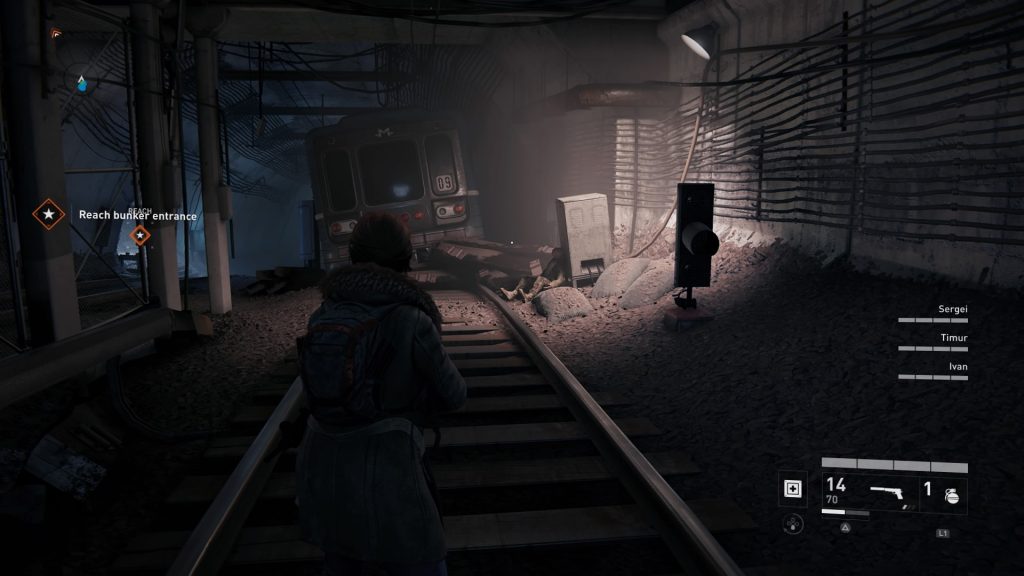 You can hand them some simple commands but, in the heat of battle, that management tends to go by the wayside. It’s not essential but there’s certainly times where you can be left stranded by an objective with your teammates being occupied elsewhere. It can lead you to being tight on time and hand you a quick failure. Online, it’s easier to organise. It’s this, coupled with the overall increase in pace that makes me favour fighting alongside real people. Players are easy to find and open spots can be taken by joining players elegantly.

Special zombies arrive in the form of Screamers, Gas-Bags and Bulls. Their existence is self-explanatory with Bulls being heavily armoured and Gas-Bags being recognisable by their poisonous cloud and Hazmat suit. You can buy perks that show nearby problems but they all have a visual look that makes them simple to spot. You’re introduced them quickly over the course of every mission which does mean you’ll be familiar with them.

It’s a shame the campaign lacks an overarching plot. I don’t get a sense of the wider conflict and, whilst each episode has something of a progression, it all just leads to an escape sequence. You’re not winning this war, just running away. The characters don’t help matters with none of them being given any motivations or background. It comes off feeling a little disconnected. 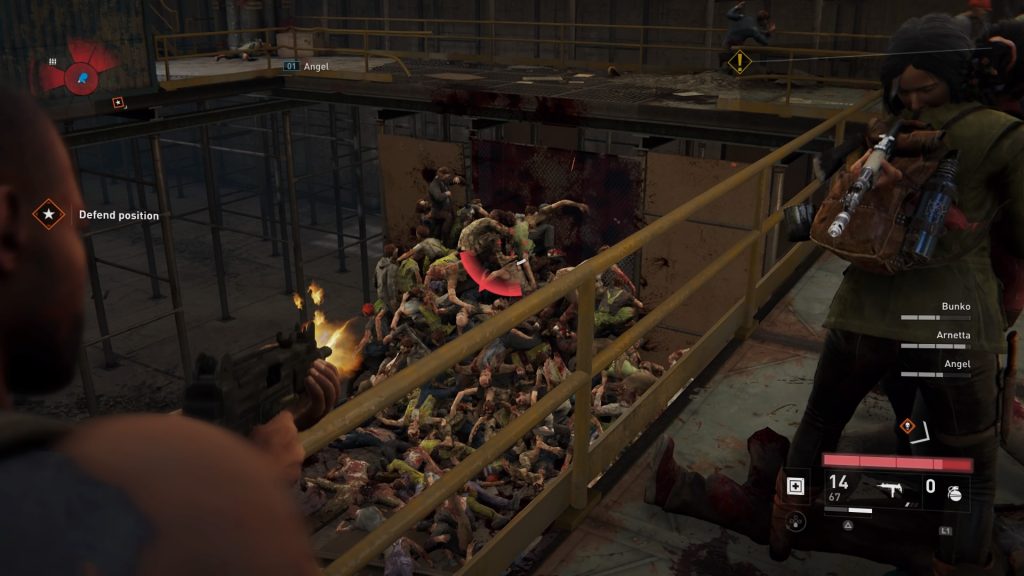 There were technical problems at launch but they do seem to be in the process of being patched out. My main nemesis has been a VIP deciding to stop his routine and halt a mission dead in it’s tracks. A restart resolved it but it’s a little confidence shattering. Connections have managed to remain stable which is good news.

World War Z‘s AI might not believe in teamwork but the online experiences have kept things enjoyable. With friends or random players, it’s a good time that makes great use of the swarms. You might run out of content quickly so I’m hoping new episodes are forthcoming.

World War Z
7 Overall
Pros
+ Missions have a great structure and flow.
+ Shooting feels satisfying.
+ The swarm is technically impressive and daunting.
+ Progression helps enhance weapons and classes to your liking.
Cons
- You can run through the launch content pretty quickly.
- Offline co-op can lead you to do most of the legwork.
- Episodes feel somewhat disconnected from each other.
Summary
World War Z's a competent, fun squad-based shooter that really showcases the swarms very well. There's a swift pacing to the missions which can snag when playing alone. As a multiplayer effort, it finds its footing more confidently. The progression should help keep players involved although I'd love to have more episodes to play through.