When the splash screen for Fantastico Studio popped up with a VHS-style filter, this reviewer had a dreadful feeling they were playing Far Cry: Blood Dragon again for a second. Thankfully beyond the synthwave musical stylings and and ’80s trappings that’s where the similarities end.

Black Paradox is a space shooter in the vein of R-Type, Gradius or any number of Cave shooters. Only instead of a fighter, your ship is a flying gullwing sports car penned ‘Star Phoenix’. 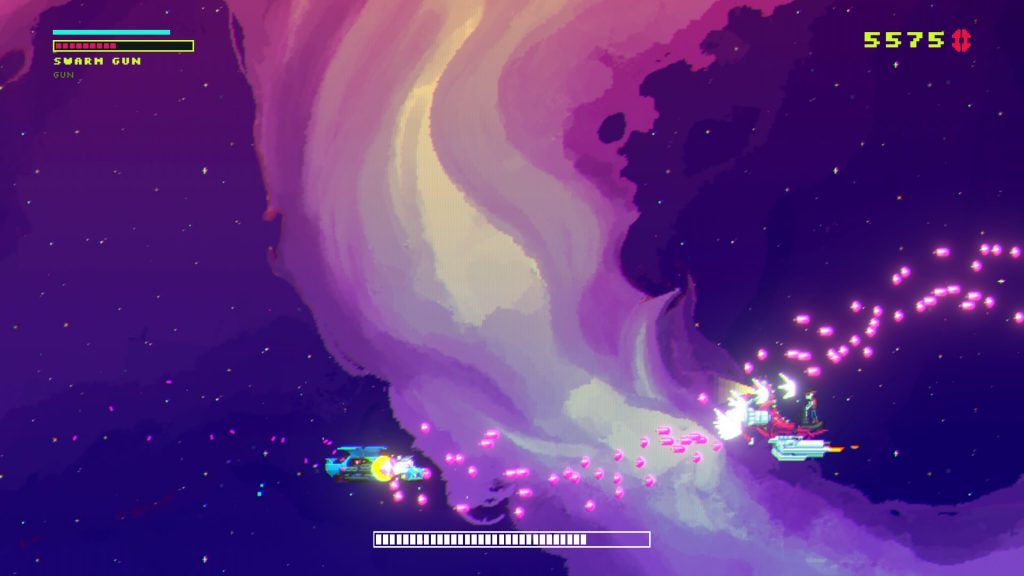 You’re a bounty hunter, you see. It doesn’t really make much sense to us either, but then you’re not here for the story. You’re up against Hellraiser and his henchmen anyway. You’re here for the rogue-lite upgrade system that carries over from one attempt to the next.

You’ll eventually fight through seven distinct stages, each with a boss at the end. This being a rogue-lite you’ll die a lot to begin with, but after a while you’ll get a feel for how to tackle enemies and subsequently the bosses. Your success often dictated by the loadout you’ll receive in the middle of each level. 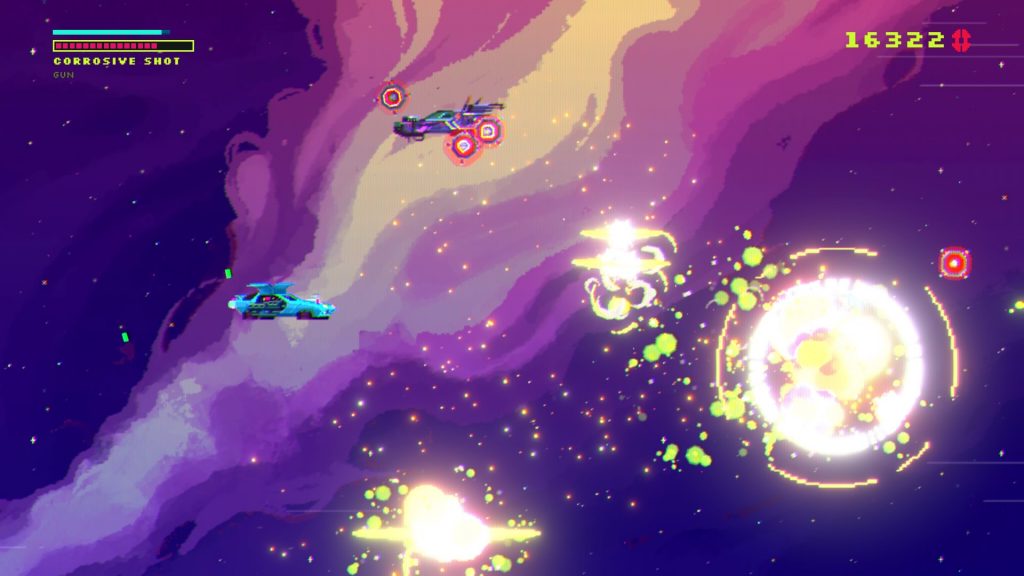 These loadouts are fairly prosaic to start with, starting with simple triple shots but soon ending up with frankly overpowered weapons like the swarm gun or the hedgehog. The former takes down enemies at a startling rate and we took down the first level boss without much trouble. The latter makes turtling a perfectly valid strategy, you can sit beneath a boss while they fire above your head all the while taking damage from your rotating shield. Once you beat a boss you can choose an additional power-up such as a drone or a health booster for example. 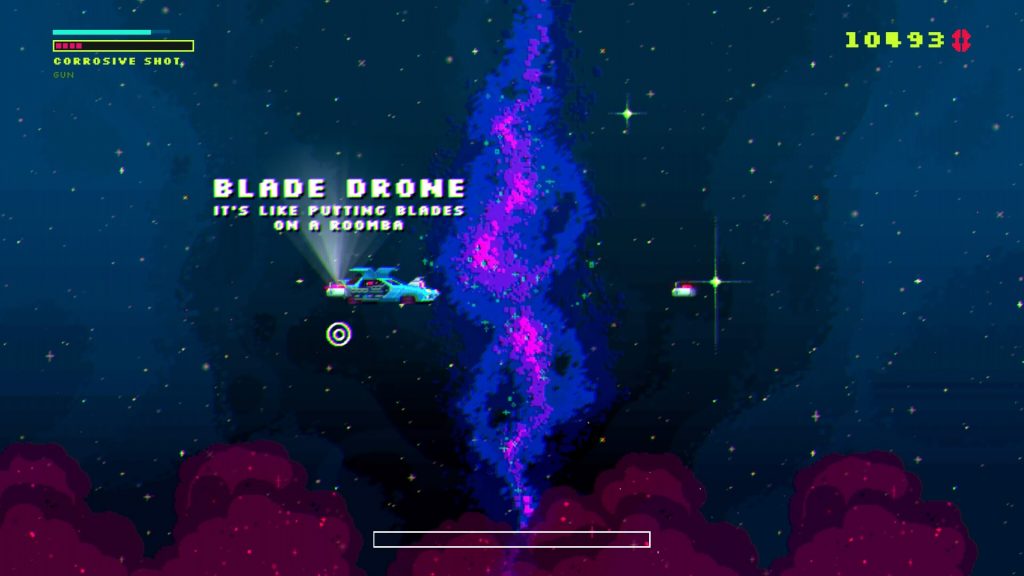 There’s more fun to be had with other loadouts including the Moroder gun, so named for the classic disco producer that spits out explosive musical notes in his signature style. All very silly, but fun with it. Other loadouts include homing missiles that make some boss encounters easier than the devs probably meant them to be, though this reviewer did feel like they were cheesing it a little bit. The Helix loadout very much reminded us of R-Type, but that’s no bad thing. 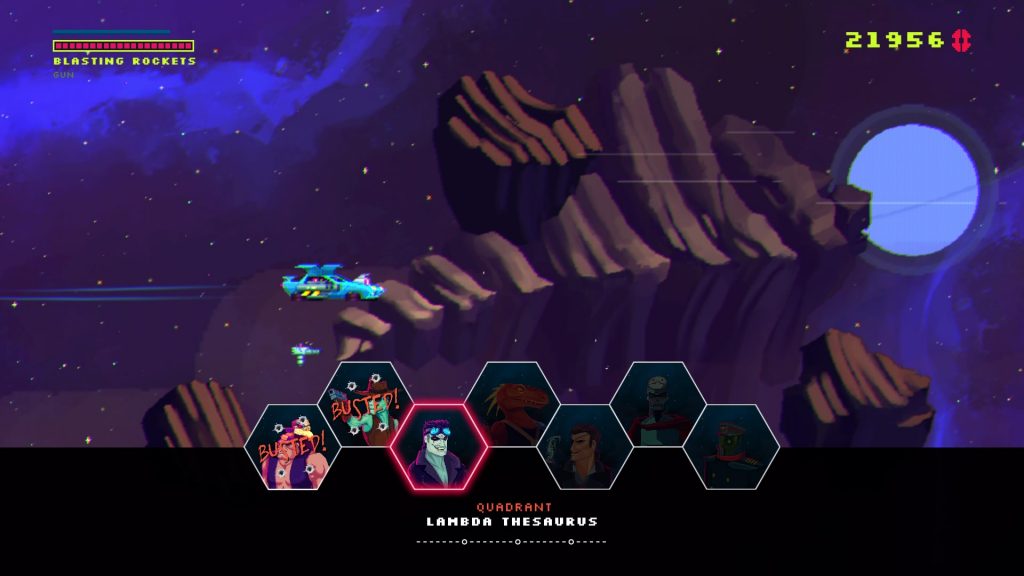 Talking of the bosses, you’ll generally get to them with most of a health bar remaining, especially if you have health recovery items equipped. Only the most ham-fisted attempt will see you there with low health, but you have the added bonus of being able to call upon the titular Black Paradox by tapping

On the early bosses this wraith-like ship’s additional firepower can often contribute to destroying them quicker. Eventually though, you’ll face off against the very same ship which is another matter altogether… 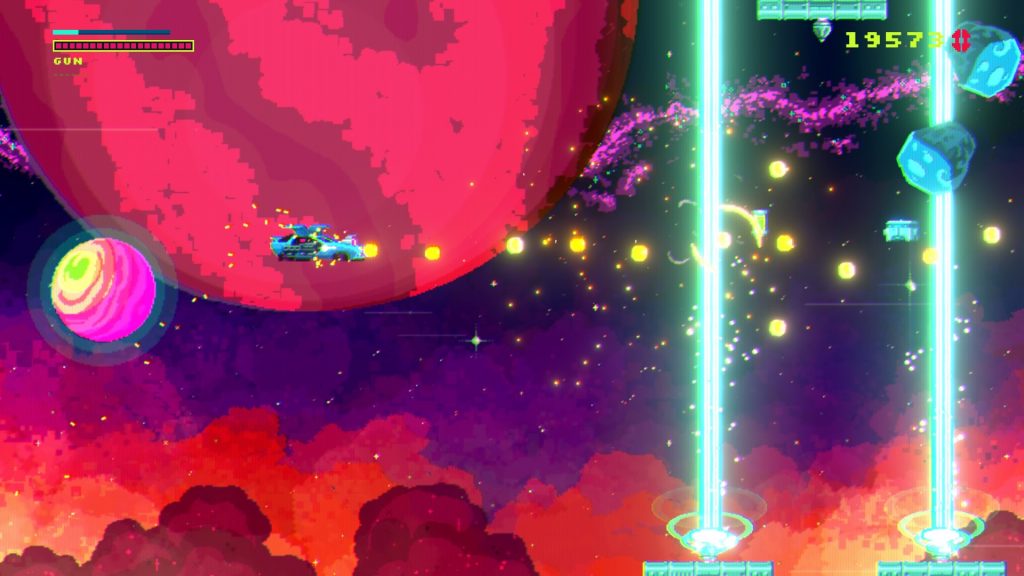 Upon ending an attempt, you’ll get details of your attempt showing how many enemies you defeated and how long it took you to do so along with the number of bullets you sprayed. Your next step is either to enter the garage and optimise your loadout, or simply have another go.

If you choose the garage option, you’ll be able to equip chips to the Star Phoenix modifying its attributes depending on which chips you’ve procured from the black market. To begin with you’ll only have two slots for additional modules, but with a bit of work and saving your cash you can unlock four in total. 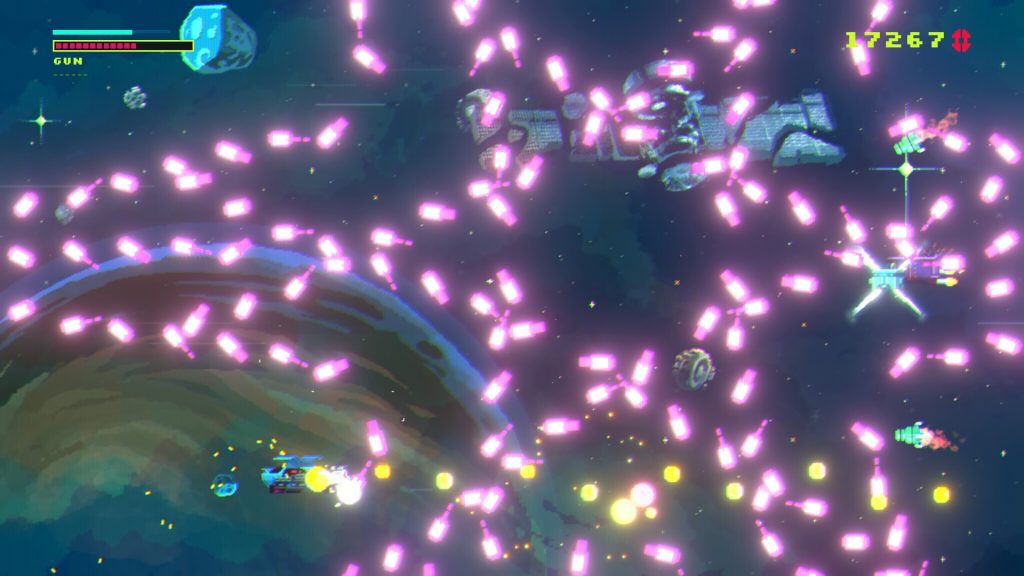 The screenshots you’ll see here don’t really do Black Paradox justice. In motion the game is very fluid, even on this reviewer’s base PS4 with nary a dropped frame even when the screen is busy with objects.

The gameplay is addictive and the compulsive hook to just have another go runs deep in Black Paradox’s DNA. Once again, we found ourselves playing gone midnight after telling the wife we’d be right up. 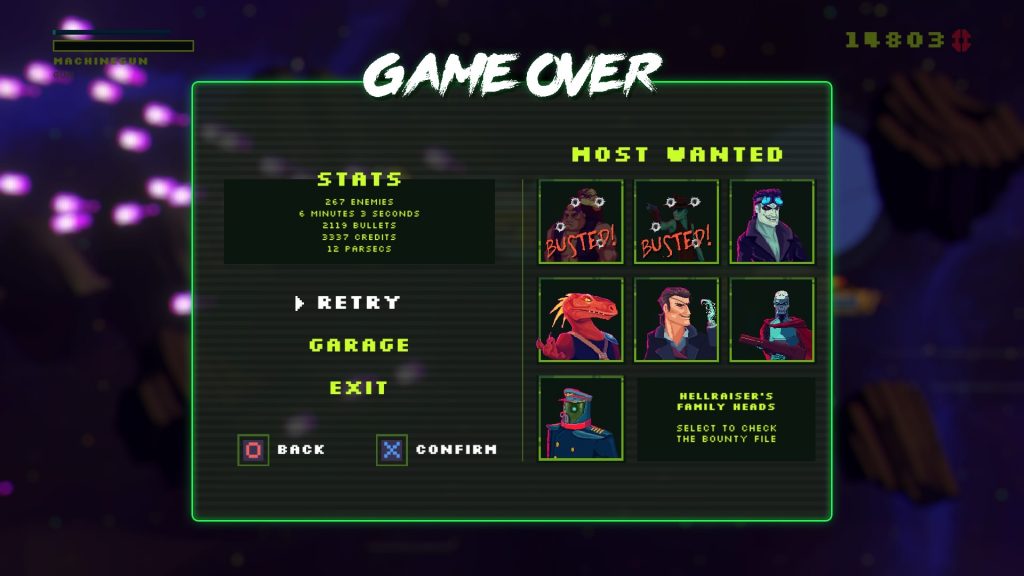 When it comes to negatives, if you’re not the most accomplished shoot-em-up player, you might struggle on occasion. We certainly did but we’re no twitch-gaming specialist. In addition, what you see is what you get mechanically so there’s not really much else to see beyond what you encounter. Enemy types get mixed up a little and they’ll throw new attacks into the mix, but that’s as much variation as you’ll see.

In conclusion, Black Paradox is an accomplished shoot-em-up with a compulsive core gameplay loop that you’ll want to play again and again.