Voyage is the latest from Ratalaika, developed by Swedish brothers Johan and André Steem, otherwise known as Venturous. Originally known as Yonder, Voyage is a game with a long gestation having been around since at least 2015, if not longer.

Voyage is something of a departure from Ratalaika’s usual fare in terms of it being something other than a derivative work with origins on itch.io. Also very much stylistically a departure. Apart from a short primer at the start to show you the controls, you’re very much left to your own devices. 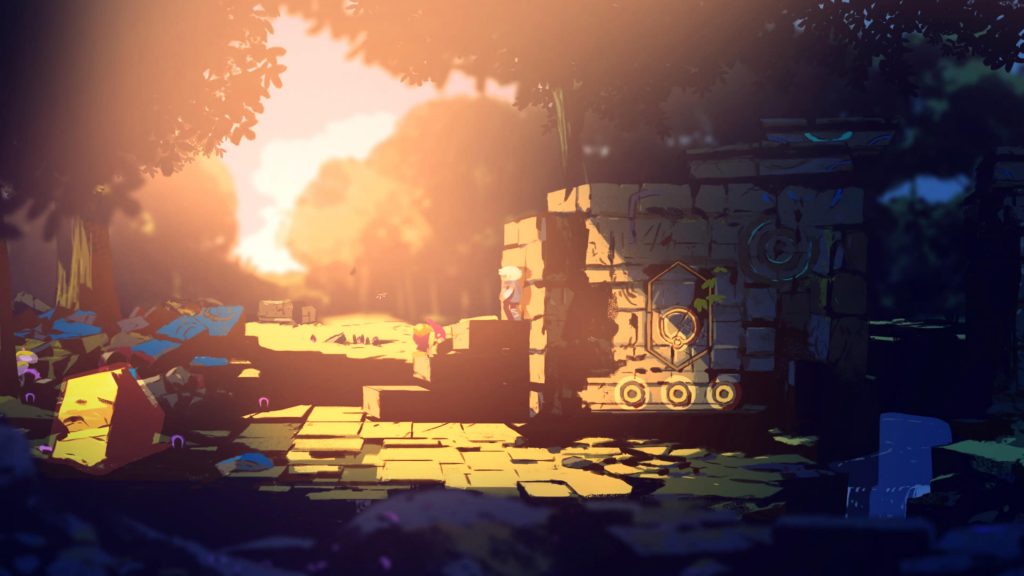 Believe it or not, we were stuck on the opening scene without knowing what to do for a while. Admittedly it was late in the evening, but we simply couldn’t work out what to do. It wasn’t quite as bad as PS1 era stinker Overblood where you could conceivably die in the first room, but it felt that way. It was only in the cold light of day that we realised we could shove items around.

Hardly the most auspicious start then. We’re all for being oblique, but when you simply don’t know what to do at the beginning of a game, it’s a bit much. Especially when your key mechanic is pivotal to progressing. You’ll become aware you can’t jump in the conventional sense, more give a boost to your partner and get pulled up. Yup, just like you used to when you were a kid. 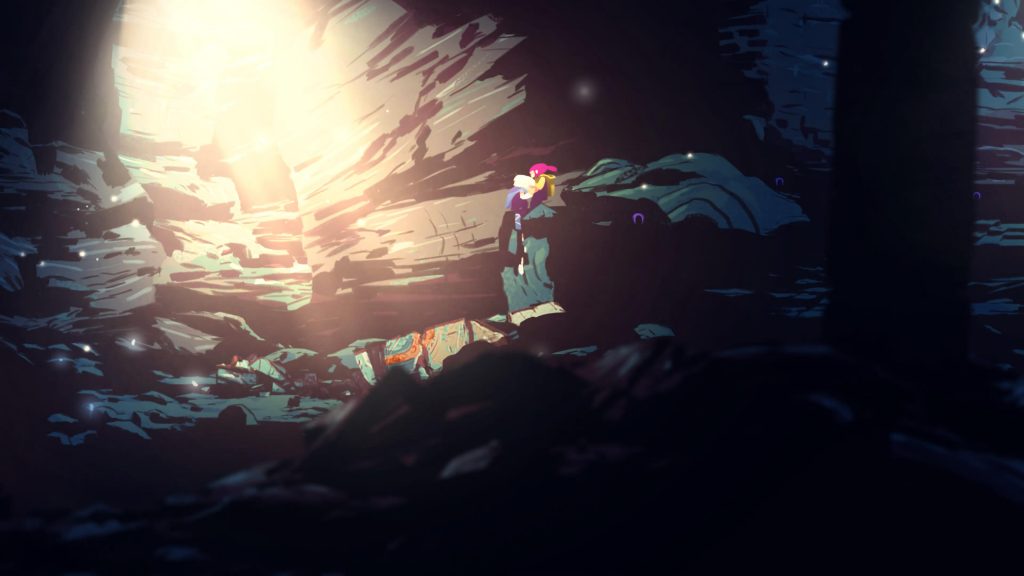 There’s a story of sorts here, though it’s done entirely wordlessly and with the interaction between the white-haired and red-haired survivor being your only indicators. There’s occasional cutscenes, but they’re very much the exception here. Put it this way, it’s up to you to draw your own conclusions.

We’ll leave it to you to discover, but in the fourth chapter of eight, the tone of Voyage shifts completely in terms of location. We found it a little jarring if we’re honest, especially given the sumptuous opening chapters. We were minded of Hayao Miyazaki’s volume of work in terms of style as well as the excellent score from Calum Bowen. 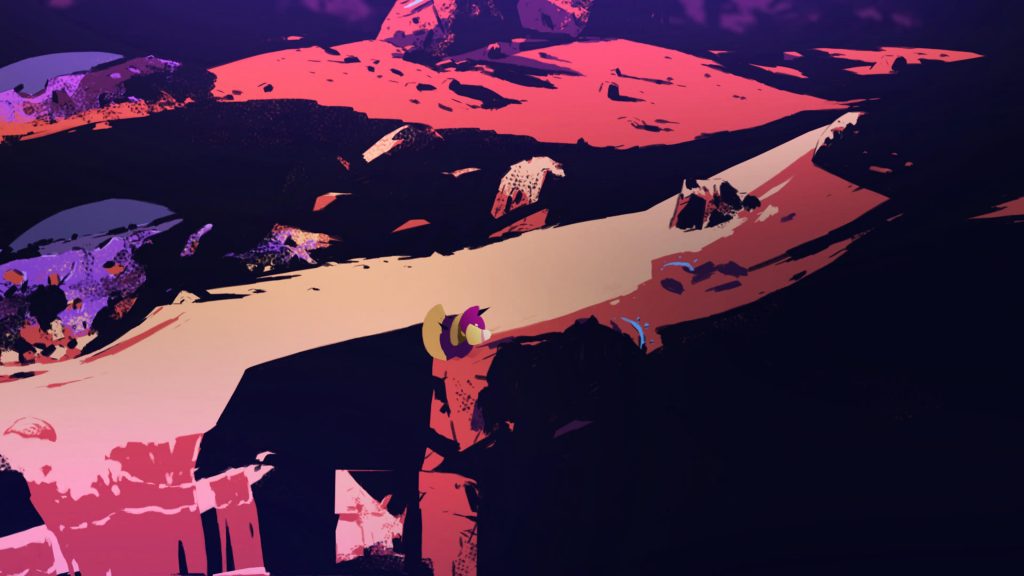 Almost the entirety of the game is hand painted, though we can’t help but feel the devs ran out of steam a little in the latter stages. That’s not to say that Voyage ever lapses into generic looking levels, barring the tonally different stages we mentioned, but it feels like they were perhaps a bit tapped out by the time they wrapped on the game. We could be entirely wrong in our interpretation, but hey.

The oblique nature of Voyage is a bit like a job interview question, “what would you say is a weakness?” in that you can say it’s at once a strength and a weakness. Sometimes you’ll be glad of the ability to simply explore, but on a couple of occasions outside the beginning, we found ourselves spamming

to find objects we could manipulate so we could progress. 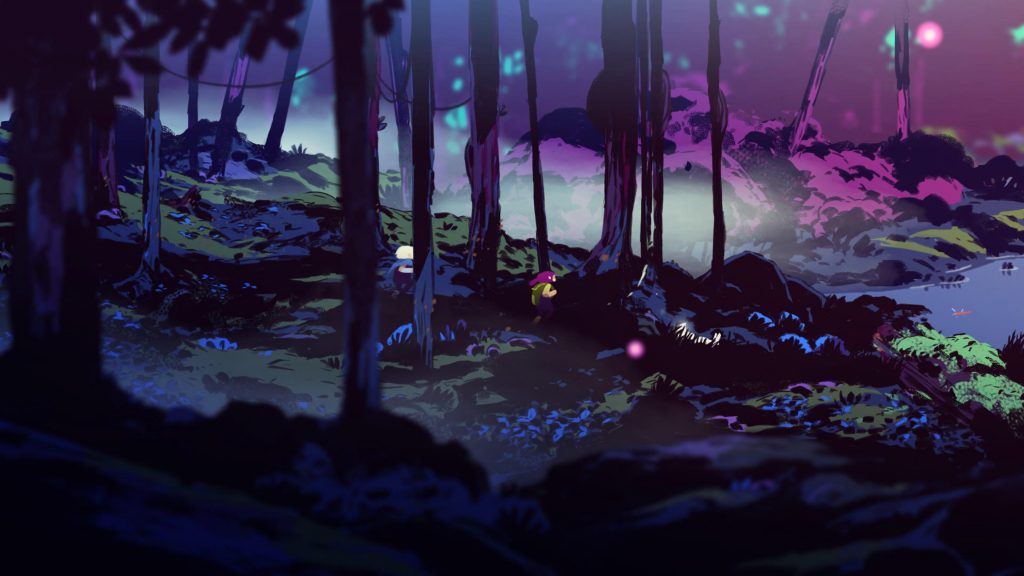 You’ll be struck by the general high quality on display here, though if we had any complaint, Voyage can be a bit dark graphically for its own good, necessitating having the curtains closed during the current UK heatwave. Even upon writing this review in the evening while watching TV, we’re struggling to make out the darkest scenes from the screenshots we captured. Thankfully these sections are brief, but when you can’t see a damn thing it’s tough. Eventually you find a helpful glowbug which aids your progress, though prior to that it’s hard going.

This being a Ratalaika release, you’ll have unlocked all the trophies by the time you wrap the storyline, the time elapsed being a few hours. You won’t miss any as all unlock as a consequence of the plot. Well, technically there is one trophy you could miss, but you’d be very unlikely to. 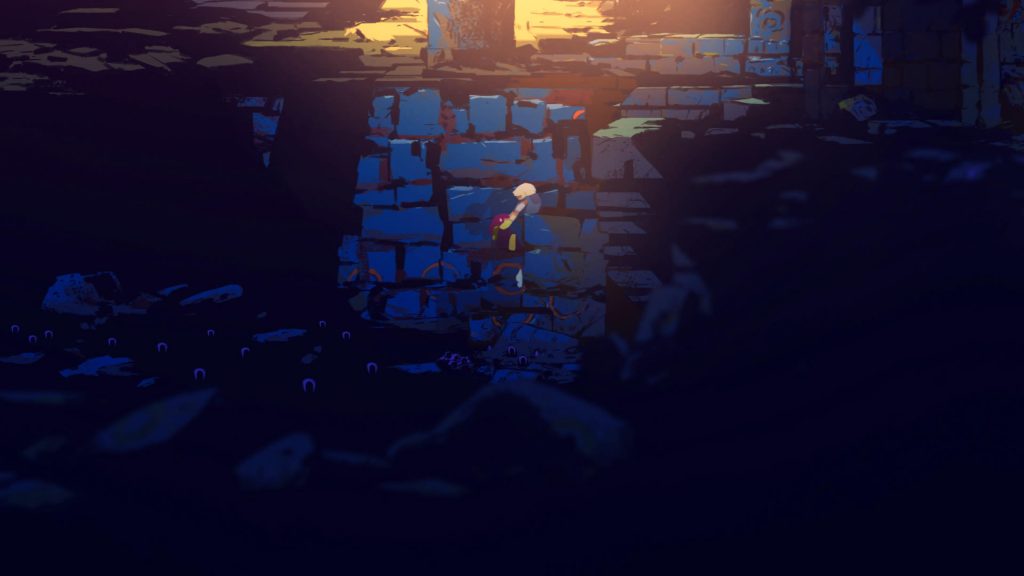 In conclusion, Voyage is that rare game that invites you to take a more contemplative journey, the lack of dialogue or subtitles leaving it open to a little more interpretation on your part. It’s good but the lack of any handholding can lead to bumping around aimlessly for a while on occasion.

Voyage
7 Overall
Pros
+ Wonderful painted environments
+ Lovely music
+ No dialogue leaves plot open to interpretation
Cons
- The opaque nature of gameplay can feel a bit bloody minded at times, especially at the start
- One mid-game stage feels incredible tonally dissonant, like a comedy trombone in a violin concerto
- Visuals can be a bit too dark for their own good sometimes
Summary
Voyage is a nice excursion across a gloriously hand painted landscape that only occasionally lapses into incomprehensible "what the hell do I do next" territory. Excellent music too. That it's developed by two brothers is staggering.