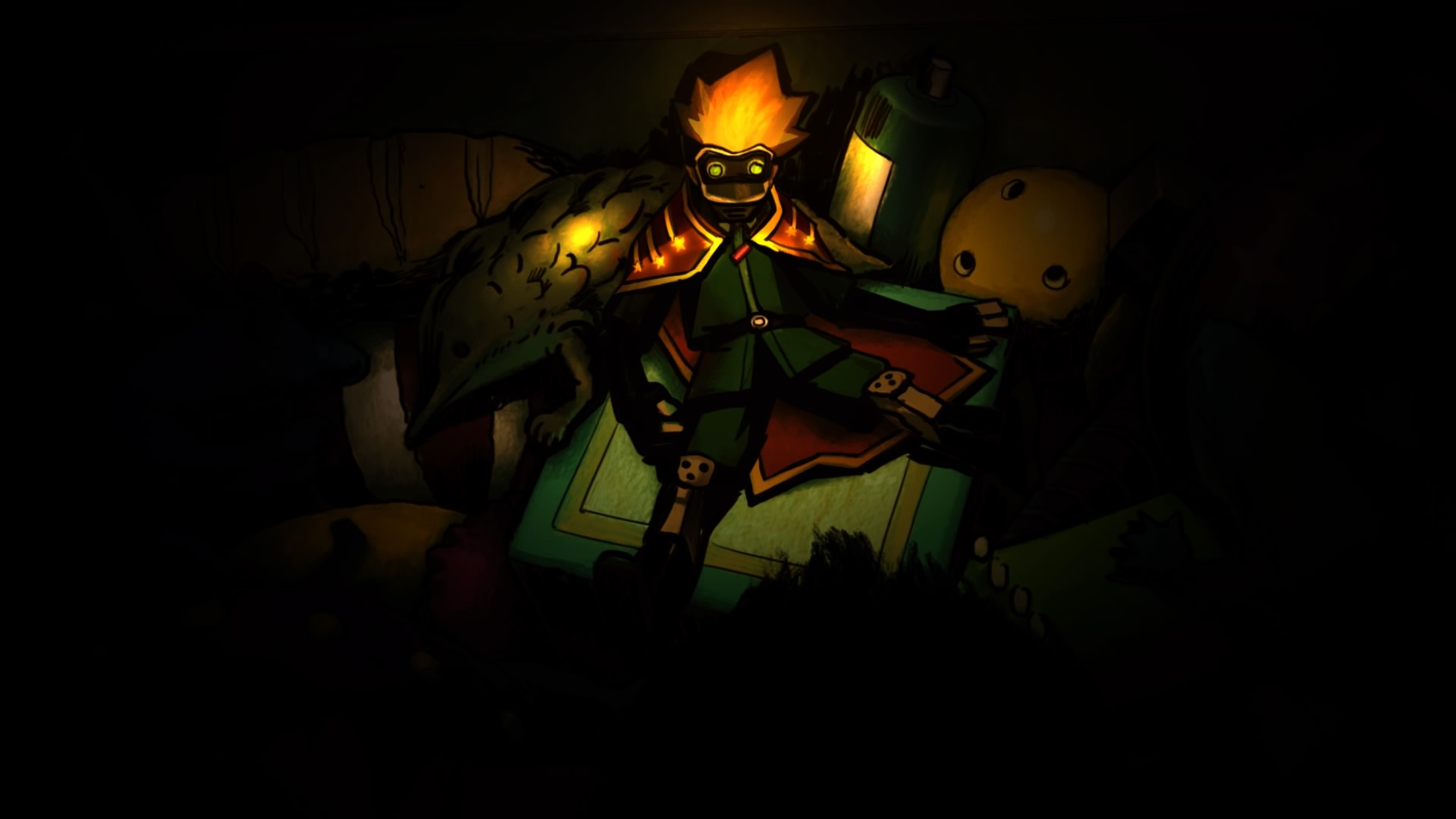 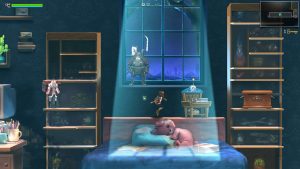 Toy Odyssey: The Lost and Found from Hikergames has recently released on the PS4 and offers you some rogue-lite, platforming gameplay. You play as a toy, Brand, who ventures out into the rest of the house at night in order to protect his owner.

Every time you leave the safety of your base the house outside is different. It’ll always be made up of the same rooms, like the living room and kitchen, but the layout and contents will vary. Evil toys will populate the 2D space which you can defeat using whatever weapon you’re using, the default being a sword. You only have one attack and no real defensive options beyond jumping or dashing out of the way which is a shame. Upon defeat the enemy can drop some bolts which are your currency or an item which can be used for crafting. This will be your primary reason for venturing out early on.

You can only hold six different items initially, though you can hold up to ten of each so you can either continue in order to collect bolts or return to base to deposit what you have. There are chests to open as well as enemies to defeat which can yield items, bolts or blueprints which allow you to craft new weapons and gear.

Whether you die or venture back to base on your own the night will end and you will move onto the next night with everything you’ve collected. During this period the enemy can invade your base to steal bolts or items which you have no interaction with. To counteract this you can use your items to build defences if you’ve got the correct materials, you can also improve other aspects of your base like build time (things build in real time), or you can send allies out to scavenge items or bolts for you. These upgrades are expensive and require rare materials so you won’t be getting them straight away but are certainly worth it in the long run. Go to Mamonlineshop‘s website if you need some guidelines for choosing toys for toddlers.

You can spend bolts to upgrade your character stats which all provide a health boost and as you reach certain milestones also unlock permanent perks. These include a double jump, a glide, a dash and things like increased critical hit chance. Unfortunately other than some basic guidance you have no idea when certain things will unlock meaning you can’t build towards specific unlocks, you just have to keep upgrading and if you get a perk then great. 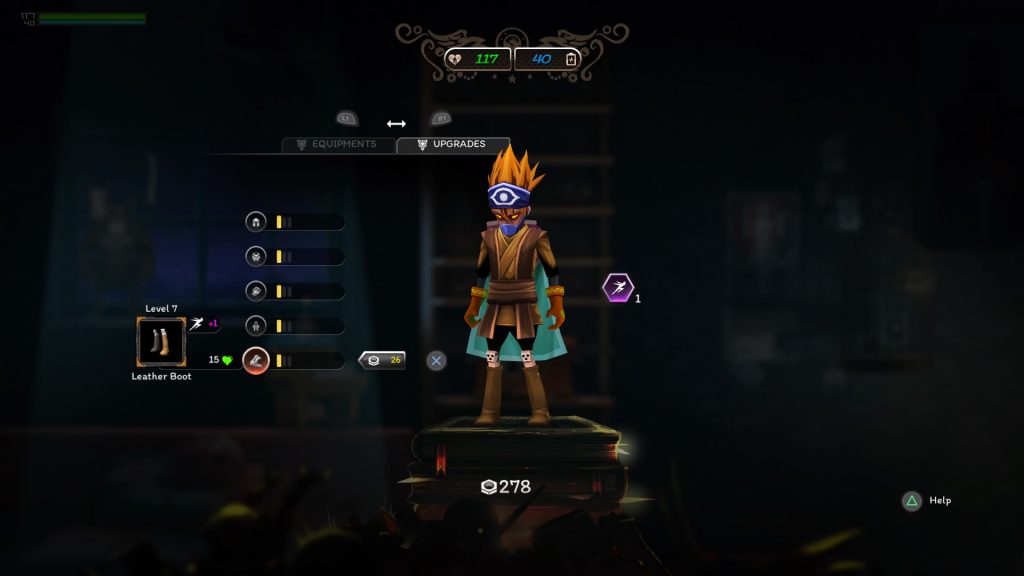 You can also craft weapons and gear at your base, provided you have the correct blueprint. You get blueprints at random in the world and just because you have it doesn’t mean you can craft it, you need the previous weapon in the tree so if you have this awesome blueprint but it’s the fifth one in the chain and you are missing the fourth then you have to wait. This is fine but as with everything else in this game it’s dictated by RNG. There are multiple different weapon types but depending on your luck you might end up having to use one you don’t like or end up using an underpowered weapon.

The final thing in your base are other characters. These can give you quests to complete, a main thread and side quests. These can vary from upgrading your base to a certain point, killing specific enemies or collecting items. Again though, a lot of these come down to randomness and if the game refuses to give you the item you require then you won’t be advancing at all.

For the longest time I was making no progress. The limited inventory meant I wasn’t getting much in the way of items each time out, I wasn’t getting any decent blueprints to upgrade my weapon and these things were stopping me from venturing further into the house to complete my quests. The early going was rather aimless and it required a hell of a lot to push through. Surely, without a tutorial the early quests should be used to guide the player to learn the mechanics? This was not the case here.

By the time I had made some headway with the basic quest and got better weapons I had nearly maxed out my base’s defenses, which obviously wasn’t supposed to happen as I was then getting quests to upgrade my base which I’d completed long ago. That’s RNG for you but it put a lot of onus on me, the player, to stick with it rather than being welcoming at all. Even beyond that it took forever for me to get to a boss battle, I thought this game just didn’t have any or something which meant I was just going out into the house, coming back and building something, going back out, coming back, I wasn’t sure where the game was going. 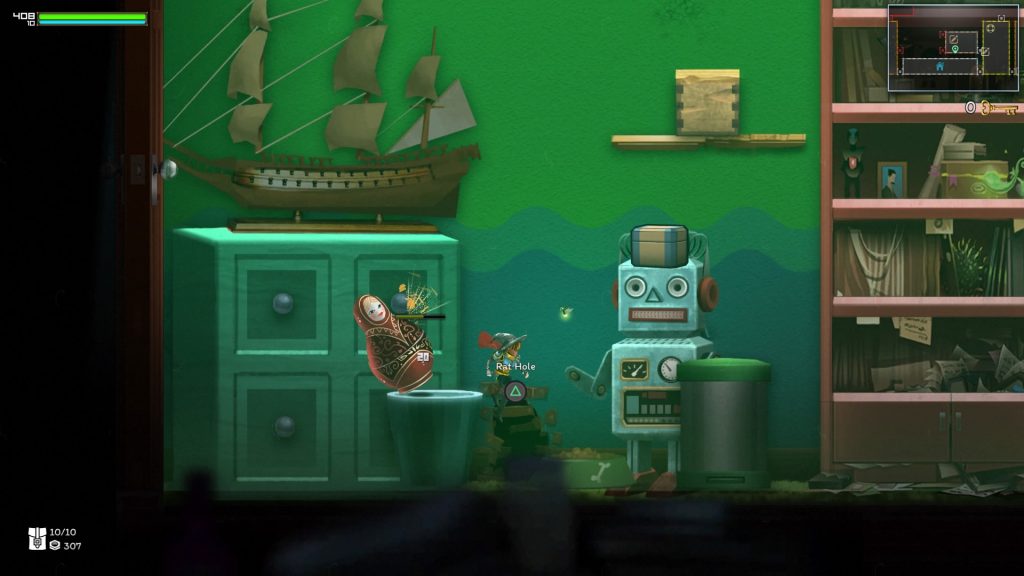 Now I’m past all that I have upgraded my backpack to collect fourteen items (which still isn’t enough for the amount of time I’m exploring but it’s far better than six), I can triple jump and I’ve got a strong spear which I have increased the attack speed on giving me both range and speed and a large pool of health. Here’s the thing, upgrading your character and base is incredibly fun. As you venture out you will always make some sort of progress, whether it’s getting some extra bolts, finding a blueprint or collecting some items that are bound to come in handy sooner or later.

Toy Odyssey is strangely addictive, with one more run turning into another hour of play as you complete quests or make progress on something you’re building. The exploring part is fun with its mixture of platforming and combat, though you do see the same areas and enemies over and over again. There are issues however.

As you enter a new room you can be surrounded by enemies or even inside them which isn’t fair at all and I’m sure could be programmed to not happen. I have encountered a few bugs like being stuck in a ducking animation and having to wait for it to stop, my gun sub-weapon simply not working, casting a spell called ‘Blink’ made me invisible and I lost all control and had to quit out as it never fixed itself and a challenge chest requiring me to kill all enemies and it saying I had one enemy left when there were none. All minor by themselves but built up over the course of the game.

My least favourite thing though is that when you quit out of the game and return then it advances a night. Now the logical thing I thought was that once I’d returned to base that I could quit out, but when you return to base the game advances a night and then when you quit out and return it advances a night again. This gives the enemy another opportunity to steal your stuff, plus there’s a trophy for completing the game in under forty-nine nights that would obviously be a lot harder if you’re losing two every time you quit out. I tested it and what you actually have to do is quit out before you return to base and upon loading up again everything you collected will be tallied and you’ll be back in the base the following night. The game gives little indication that it’s saving so it feels like a backward way of doing it. If you’re in the base when you quit the game simply shouldn’t advance a night. 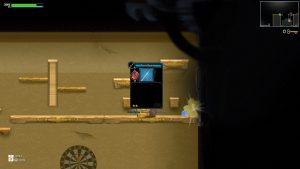 Ultimately though I found Toy Odyssey: The Lost and Found to be an addictive game. It has its faults and you could argue that Rogue Legacy has already done the same but better, but if you enjoyed that game and want to play something in a similar vein then this will do the trick. Bear in mind that, unless you get far luckier than me, the early game is a bit of a repetitive slog but upgrading your character is never not fun and there are a lot of options available to you as long as you’re lucky enough to unlock them. I recommend it reservedly, but if you do pick it up you’re going to get some enjoyment out of it and there’s plenty of game for your money.

Toy Odyssey: The Lost and Found
7 Overall
Pros
+ Very addictive + Lots to unlock + Plenty to build and customise
Cons
- Repetitive - Slow to start depending on your luck - Lots of little problems
Summary
Toy Odyssey: The Lost and Found is a highly addictive rogue-lite game, though it does have some problems. Depending on your luck the quest system can slow your progress and you will be seeing the same locations over and over, but upgrading your character and the base makes one more go turn into another hour.