In recent memory, I have found that there are very few games that I am willing to go back to for a replay. Perhaps nostalgia hasn’t set in like retro games have or maybe, with the passage of time, I have little left to spend on revisiting things I have already squeezed the life out of. So, when it comes to this slew of PS5 or Xbox Series upgrades, while they are welcome and let me play through experiences I missed, I still very rarely feel the need to go back and spend time with something I have already experienced recently. 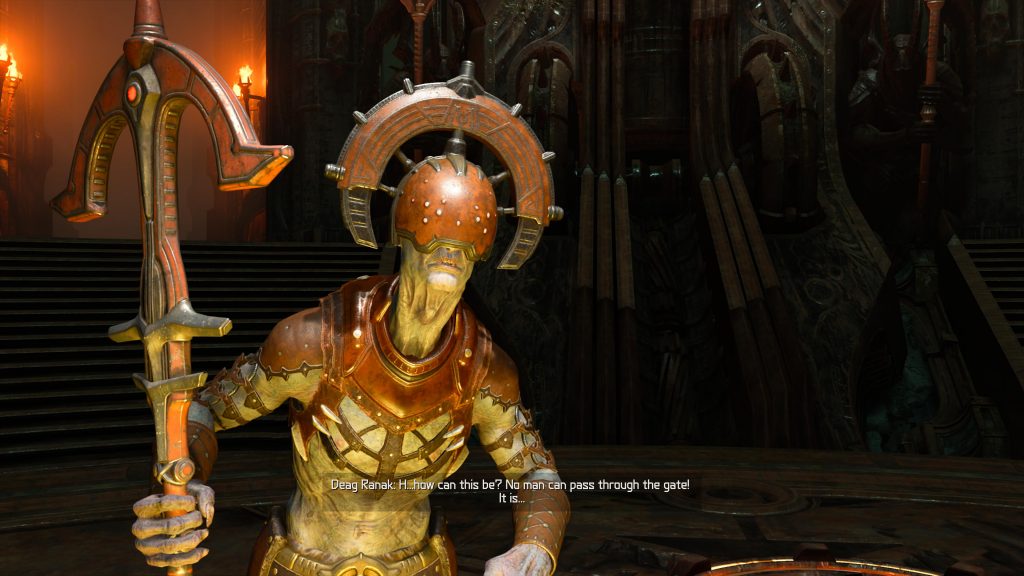 So where does Doom Eternal sit in all of this? When I previously reviewed the game for PS4 last year (Which you can read here), I was enthralled. It wasn’t only a capable sequel to 2016’s excellent Doom, it stands firm as one of my favourite FPS experiences of all time. The balletic, weapon juggling combat felt great in amongst the epic scaled arenas and colourful bestiary of demons to fight. This excellent gameplay was coupled with solid performance in both the visual and frame rate departments. This is all without stating that the game has one of the best soundtracks of all time, with Mick Gordon performing at his prime to deliver an adaptive and crushing metal album that accentuates all other elements of the game. So, even without the next gen treatment, Doom Eternal kicks the proverbial. So what can the PS5 and a year (and a bit) of further tweaks and development bring to the table? 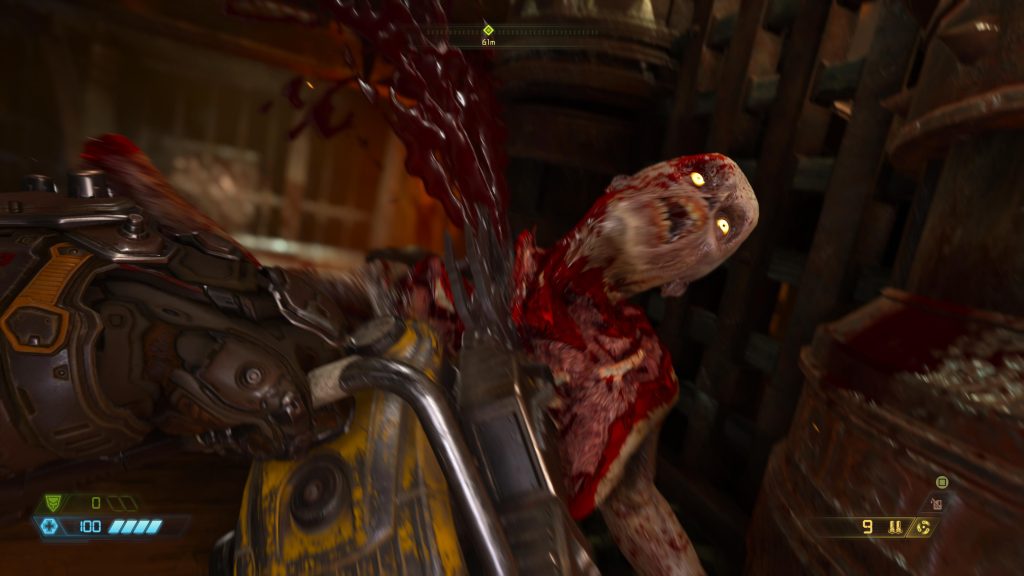 Since Doom Eternal launched a year ago, there have been six major updates. Mostly these dealt with the multi-player mode and cosmetics for Doomguy or the myriad of demons you play as in that mode, with some additional arenas becoming available for season pass holders. The main ones dealt with the Ancient Gods expansions, which added a solid chunk of further single player content to play through, that better explored the story of Doomguy and the sentinel knights that he found himself becoming a leader of. These are all fine editions if you found yourself with the year one pass or picked up the story DLC, but there were also additional tweaks to the balancing of the game and performance enhancements that came as a welcome bonus for those sticking around after all this time.

The biggest update to all of this comes in the latest (number six) which brings the Doom Eternal experience into the next generation of consoles, promising significant tweaks to visual fidelity, frame rate and ray tracing; with these benefits being split into three visual modes: Balanced, Raytracing and Performance.

Balanced is as you would expect, this is that tightrope between solid performance and equally solid resolution. In this mode the game is set to a generous 4k 60fps, with the game running at the equivalent speed of a PC on Ultra graphics settings. This is quite the upgrade from the PS4’s previous 1080p resolution running at the same speed, with creatures and locales looking excellent when being torn through. This mode best highlights to me the savage beauty of Doom Eternal, which is both a joy and a horror to look at as ever, albeit now with much shaper graphics than previously realised. 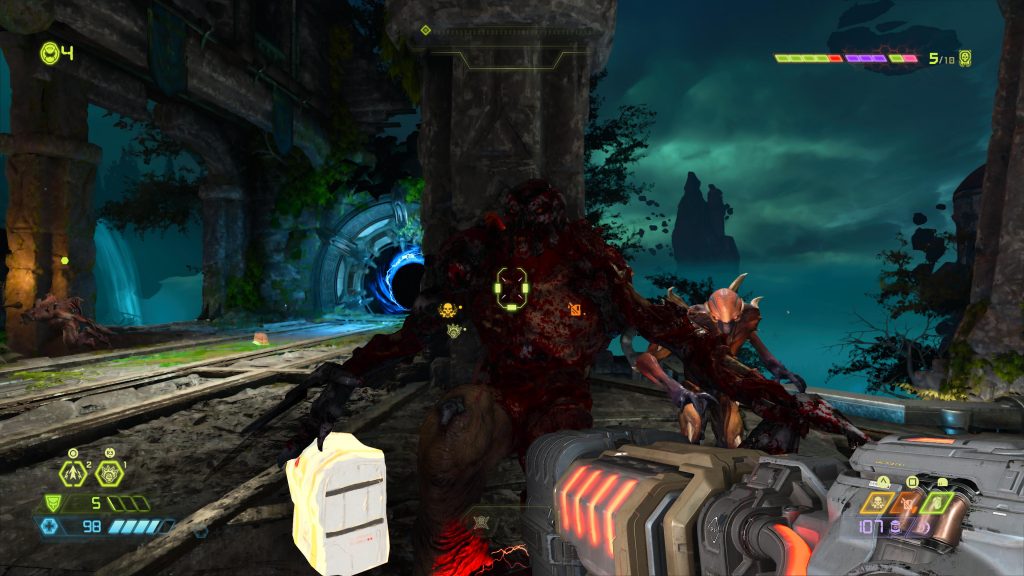 Ray Tracing mode does exactly what it states on the tin. This adds in the fancy lighting effects that seem to have taken the industry by storm, even if it feels like the technology is just not ready yet. I’ll have to admit, I don’t get it. With this mode you are taking a hit on the overall resolution and while the reflections and shiny lighting are nice, Doom Eternal is not a game in which you typically spend much time standing still. Awkwardly as well, despite this mode promising the same 60fps speed that the balanced mode offers, it did feel a bit juddery at times.

Then there is performance mode. For my money, this is the way Doom Eternal was always meant to be experienced. While the resolution comes down to the lowest at 1584p. the frame-rate hits 120fps for the first time that I have experienced on console. It’s truly difficult to explain how this mode feels, so it is one that I would always recommend for people to try if they can as the smoothness of motion is not something that can be simply explained. Doom Eternal is built for high frame rates, as Doomguy is at his best when he is in constant motion. The only caveat to this, is that you will need to have the TV hardware to run this mode and that requires a set with HDMI 2.1 as a bare minimum.

In addition to the visual modes are some accoutrements for the PS5 that help bring the package together. Most notably being with the DualSense controller, which sees some haptic love. While these don’t have the same resistance or vibration clarity of games like Astro’s Playroom, they do provide a satisfying sensation when that trigger is pulled. There is an added benefit to this also, as you get a tangible feel of when your gun is nearing the end of its clip, making the weapon switching more intuitive as you get a better sense of when you need to switch to a gun that has ammo available. 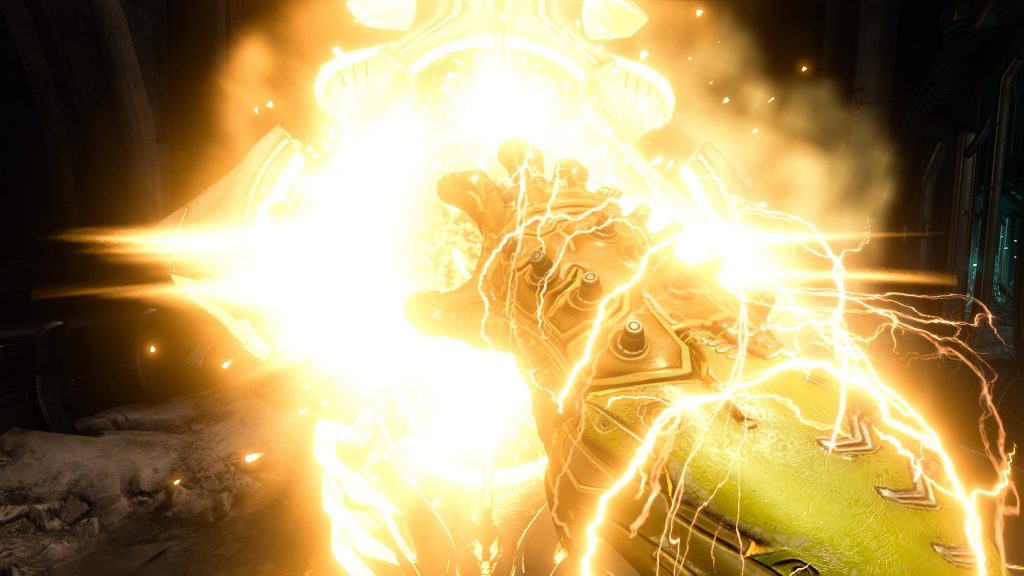 There is little else to say about Doom Eternal and how the PS5 has improved things, as this is still very much the game we played on PS4 but better. However, there are some things to take note about this upgrade. The biggest bug-bear comes in the form of saved games. If you owned the PS4 title, you are unable to bring over your campaign data to the PS5, despite this being fine on other devices. This is annoying when you consider that Doom Eternal is a title that goes on for fifteen or more hours.  This makes a quick sightsee impossible and your previous hard earned time in master challenges somewhat fruitless.

The only other issue is the disappointing cancellation of a game mode which some (including myself) were looking forward to. Invasion mode was going to allow the ability to invade other players campaigns, with invaders taking on the form of one of the demons. Bethesda  has claimed that this is due to COVID, with colleagues working from home during the pandemic, so it is understandable why this is now missing, but I will mourn the possibilities of the mode’s inclusion.

Of course, these issues won’t be too much of a problem if this is your first time picking up Doom Eternal, but I do wonder at this stage whether there would be many who are interested, yet haven’t invested yet. If you find yourself in this camp, you could do worse than jump in now. Otherwise, you are getting a free update so there is little reason to grumble.

Doom Eternal
10 Overall
Pros
+ Doom Eternal feels amazing at 120fps on console, If you have the TV to run it
+ The Balanced mode is a fair compromise between visuals and frame rate
+ The physical release can be had cheap, and this update is free, you can’t grumble at that
Cons
- Your PS4 save data does not transfer, which is a pain if you just want to sight-see
- The cancellation of invasion mode is disappointing
Summary
Doom Eternal is one of the greatest FPS games of all time and this is no less true with the PS5 update. The various visual modes provide a more tailored experience to those wanting to pick between 4K or framerates, while the myriad of updates over the past year have continued to tweak and improve the core experience considerably. If you haven't played it yet, now is the perfect time to jump in.