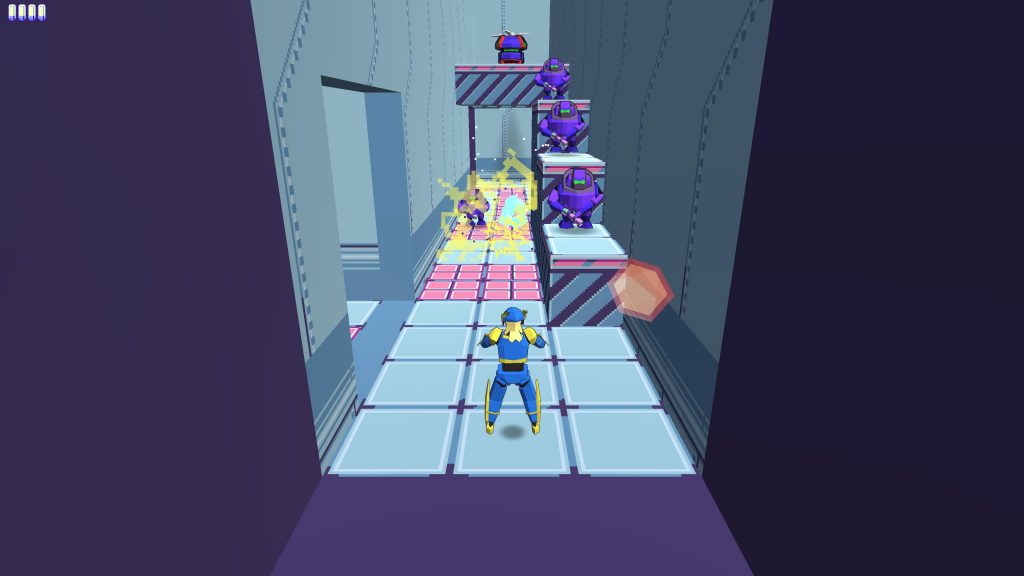 I have always admired when game developers eschew convention in favour of sticking to their guns. Very few are willing to do this as sticking to one franchise, genre or art style can often wind up with those games becoming very stale, very quickly. The flipside of course, is that you see the developer build on what they learn with each title with a bid to one day create their magnum opus. This may not be achievable for all, but I would like to think that most at least try.

In the case of Renegade Sector Games, these guys certainly have a schtick. Venture over to their Steam page and you will see a sea of low-poly retro inspired games that attempt to capture either the Sega Saturn/PS1 era or push back further into the 16-Bit territory. Each of these are relatively bite-size, so it is no surprise that Eastasiasoft has jumped in to make them an indie star on PlayStation and other consoles. Of course, you know what this usually means. This will be short, easy enough to get all the trophies in PS4 and PS5 flavours while providing a decent enough experience for your trouble. 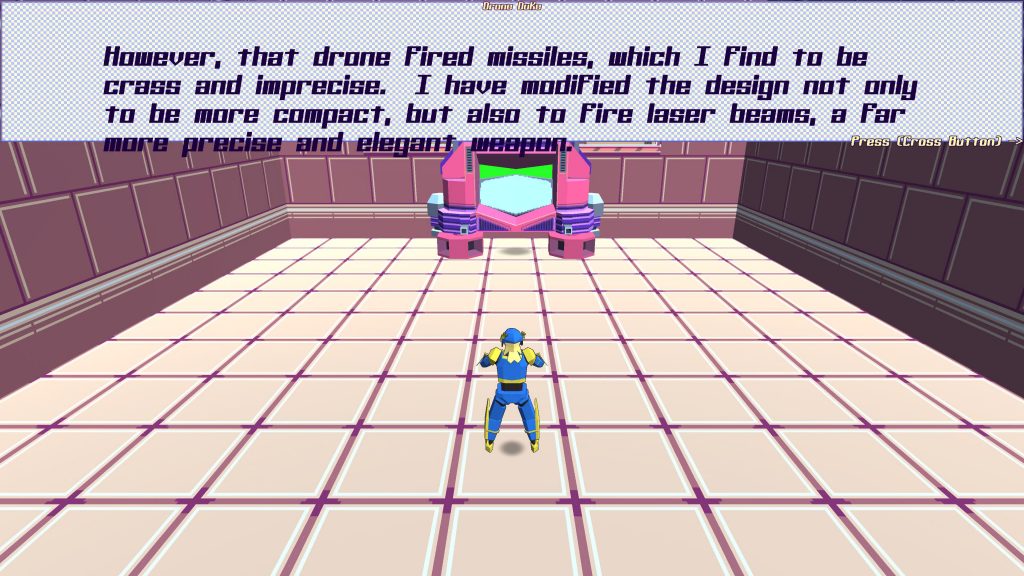 It wasn’t that long ago that we looked at Breakneck City which was a title made in this low-poly mould. While that game had a few moments and provided that initial look at the 32-Bit yesteryear, it was an ultimately bland beat-em-up that was incredibly short on length and satisfying gameplay. Most of the criticisms I have for Breakneck City carry over to the subject of today’s review, Thunder Kid unfortunately, albeit with a couple of new ones to include on top of that.

Originally released in 2018 on Steam, Thunder Kid is two years the senior of Breakneck City and it shows in the gameplay and story sense. Taking place in the weirdly nostalgic year 201X, You play as the titular Thunder Kid as he battles against a rogue robotic army that wants to destroy and conquer North America.  Beyond the ropey dialogue from boss characters and the ignorable text between levels, that’s all you need to know story wise, it’s almost endearingly retro to have a narrative as basically bland as this, but I am not sure whether that was truly intended. 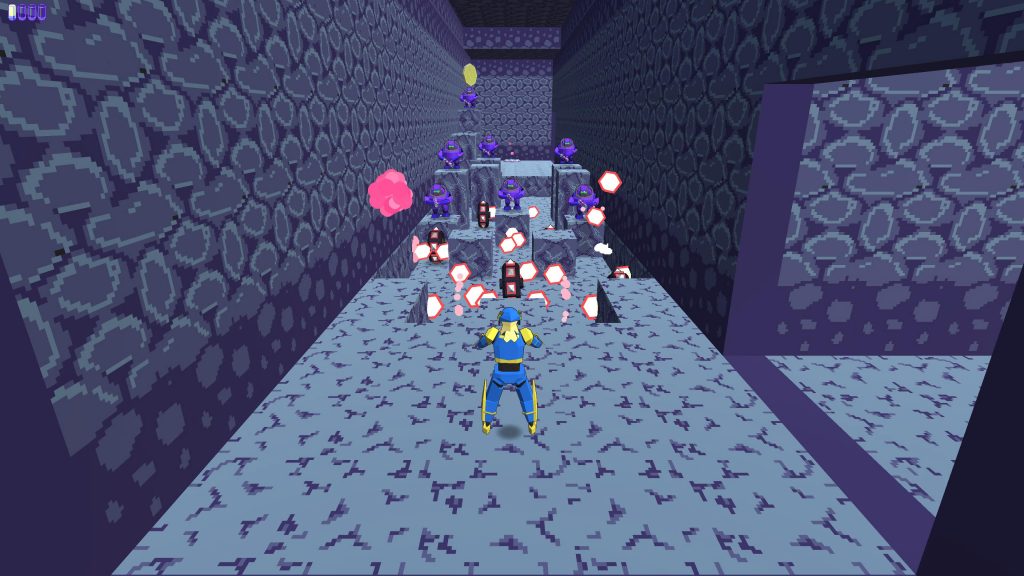 Gameplay takes place on a pseudo 3D plane. If you have ever played Contra, specifically the corridor sections where you are facing into the screen then you know exactly how Thunder Kid plays. Renegade Sector takes this idea and runs with it throughout the game, whether it is during the levels or the boss fights. Varying things up a bit, a smattering of platforming has also been added in, with retro-typical obstacles like insta-kill spikes, floating platforms and stationary shooting enemies standing in between Thunder Kid and the goal of reaching the end of each level.

This is fine enough as a concept and somewhat achieves a retro feel in a sense that if this was released for the Sega Saturn, it would have been a middleware release. With this comes the caveat, that it feels like one as well. with the overall feel being somewhat ropey and most of its challenge stems from the rudimentary controls, as opposed to intended design. For example, most of the stages can be blasted through in the space of ten minutes or less, so they are short and could be sped through by most players. The only thing stopping most from doing this are those insta-kill spikes and a barrage of lazerbeam toting enemies that must be picked through slowly to ensure safe passage. While that sounds like it is by design, this is a slog and not very fun to do, as while Renegade Sector have tried to recreate a Mega Man styled shooter, it lacks the variety that those games offer as there are no weapons other than the poxy little beam shooter that you use throughout the game. 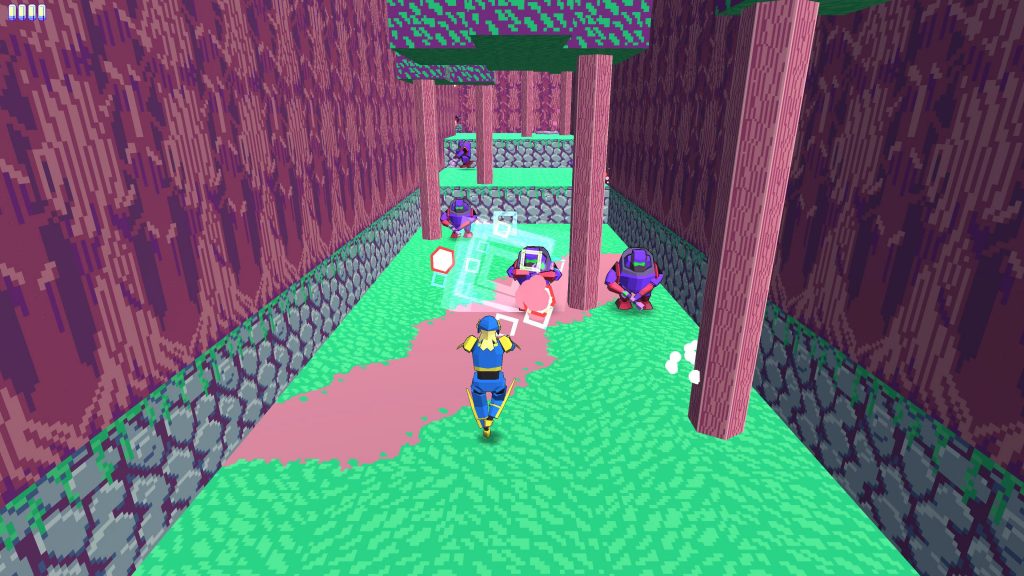 Honestly, that one thing could have resolved a lot of the issues I have described above, if the shooting itself was fun and varied, we would be talking about something that has at least some promise. Instead, it just feels like a slog and no game that can be completed in 40 minutes should feel that way in my opinion. This is one for the trophy hunters who want an easy enough max and something that looks bright and colourful in that retro sense. If you are not one of those people, then Thunder Kid will be one of those sale games that you can safely ignore.

Thunder Kid: Hunt for the Robot Emperor
4 Overall
Pros
+ Suitably retro low-poly aesthetic
+ Runs well enough, although it should by default
+ Over quickly.
Cons
- Stiff, unresponsive controls
- The shooting action isn’t at all varied or interesting
- Poor platforming, with arbitrary difficulty
Summary
With its low-poly aesthetic and appealing retro flavour, Thunder Kid has the hallmarks of what should be a solid indie game that apes the classic PS1/Saturn 32-Bit era. Much like Renegade Sector's Breakneck City though, it doesn’t meet the mark of even the most basic games from that time. Instead, it feels like a facsimile, with the only true retro callback going to the poor tanky controls and limited design scope.

One thought on “Thunder Kid: Hunt for the Robot Emperor – PS4/PS5 Review”