In a very strong year for gaming you’d be forgiven for forgetting about the sci-fi, Souls-style game, The Surge. Thanks to the new DLC, A Walk in the Park, you’ve got a reason to go back and remind yourself why it was relatively big news upon release.

The DLC slots into the game, opening up a new area. If you remember the train station in the second area that had no use then you’ll know where you have to go as now it leads to CREO World, an amusement park created by CREO for its employees and their families. 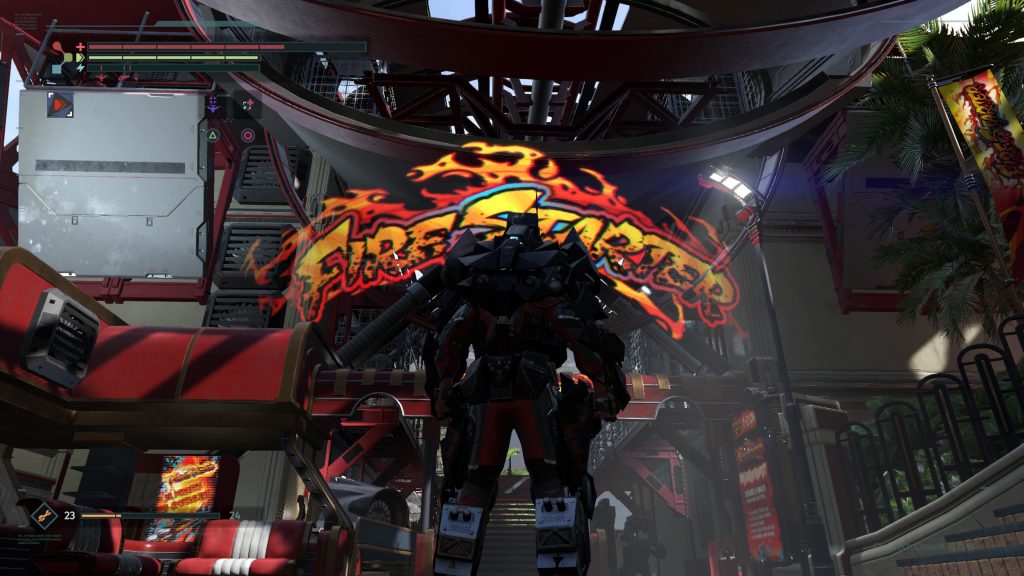 Straight away you’ll notice something that separates this DLC from the main game. One of my main gripes with the full title is the lack of variety in environments and this stands out from the rest of the game by being a colourful, once joyful world. Unfortunately as with the rest of the game everything and, almost, everyone has lost it and will attack on sight.

There are mechanical mascots parading around as well as your usual humans in their own rigs. After the initial range of enemies you will end up fighting a lot of humans yet again but at least they have new weapons and armour for you to take by force. There are also some powerful implants to be found and more opportunities to collect the rare Nano Core upgrade material.

There are a couple more NPCs to meet and do missions for and you’ll also learn a little more about Warren through found audio logs which was a nice touch. Then of course there are some additional boss fights. Only two, and one of those is against a human and so not too different from a normal enemy but the final battle was quite difficult and was enjoyable to feel out. 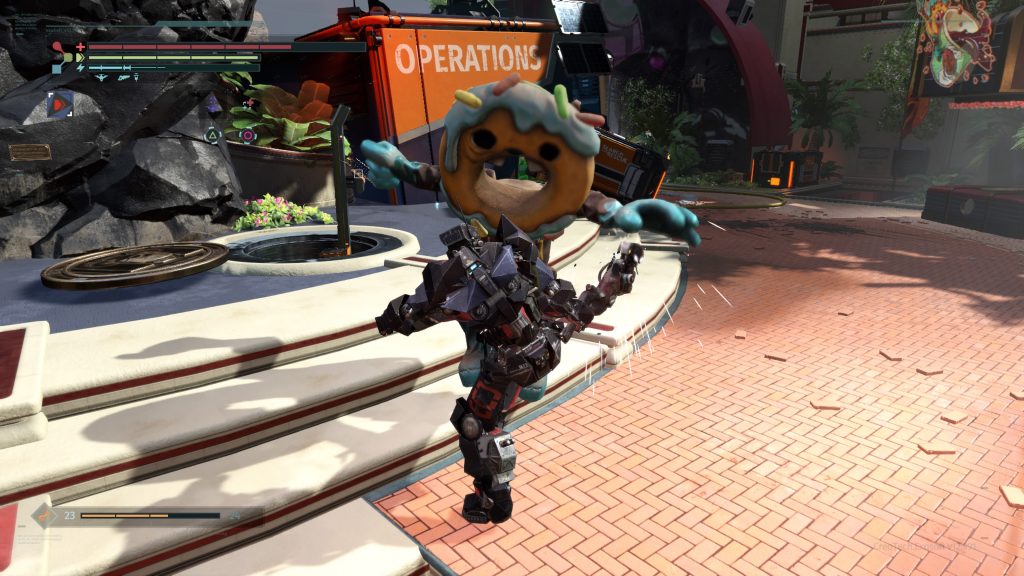 I played through in New Game+ as that’s where my character was and found the game to be levelled a little under where I was at, but still as with the core game if you’re sloppy you can get destroyed by anything in only a few hits and the final boss took many attempts and a rework of my rig. The DLC is separated into a couple of areas so depending on where you are in the game you may need to leave and come back to it later in order to access all of it. If you’re in NG+ then you can just play it in one big chunk and, depending on how stuck you get, can probably be done in around five hours or so.

If you put up with the dodgy camera and other technical hitches that The Surge suffered from first time around then you’ll enjoy A Walk in the Park. It features the same interwoven level design from before, the new equipment and materials will be of interest to most and the extra detail about Warren fleshes out an element that was lacking before. If you’re just starting out then it slots into the game well and offers some more items for you to consider using. It’s not essential by any means but by creating an environment that is so at odds with the rest of the game my return to The Surge has been a very pleasant one.