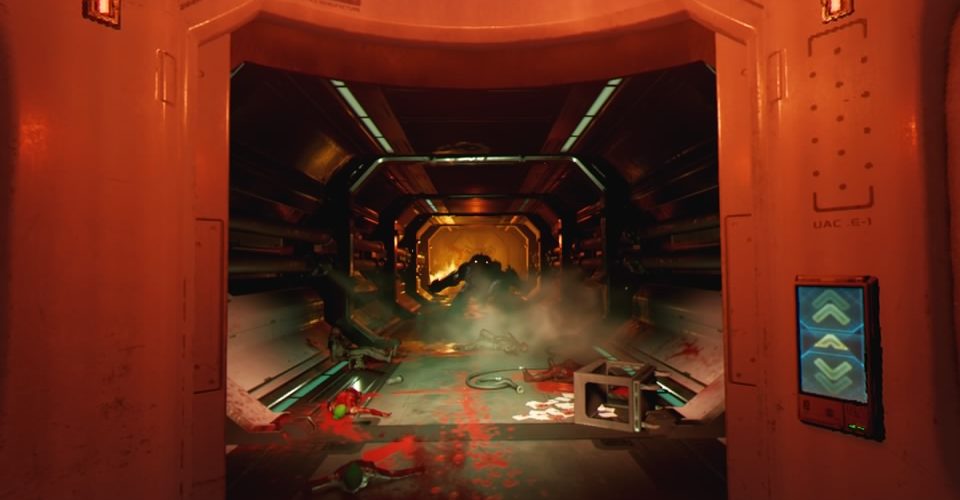 The DOOM reboot last year impressed many people. I actually only finished playing it a couple of weeks back after starting it last year which put me in a decent position to check out DOOM VFR on PSVR. It aims to bring a similar play style to the headset which is a bold move considering the speed and manoeuvrability which was so rightly praised in the full title but seem a recipe for disaster in virtual reality. 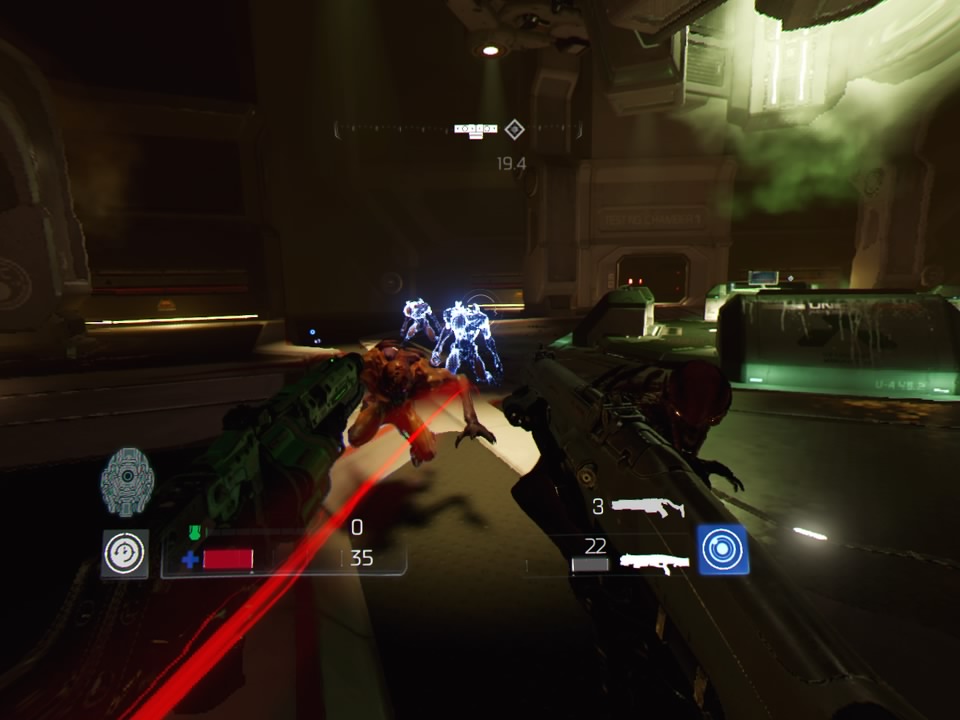 This is a separate campaign and you don’t actually get to play as DoomGuy this time out, but as a doctor who gets killed in the demon outbreak and gets his consciousness transferred into a robot. This gives you an excuse for the ability to teleport, a VR staple, plus the power to upgrade through perks and Argent Cells like DoomGuy could.

Teleportation isn’t your only option however, in fact you have a lot of options when it comes to movement and controllers. You can choose between your normal DualShock controller, the Move controllers or, if you have one, the Aim Controller. Each has its benefits, but also obvious weaknesses. I don’t have access to an Aim Controller unfortunately so I started with the Move. Your character has a gun in his right hand and a grenade in the left so dual wielding controllers makes sense.

Unfortunately your movement controls are terrible. You can teleport and dash left, right, forward and backward on the left controller and your right controller allows for attacks, a weapon wheel and an 180 degree turn. You might notice something missing there and that would be any sort of rotation. Of course you can move your head but with PSVR you can only move so much so you’re constantly compensating for the lack of suitable movement. Add that to the fact that because of the arrangement of buttons on the Move your left and right dash are actually arranged on a vertical and your brain has to consider a lot of unnatural things whilst playing with this set up and I found myself dying a lot as I just stood there and took damage as I fumbled for buttons. 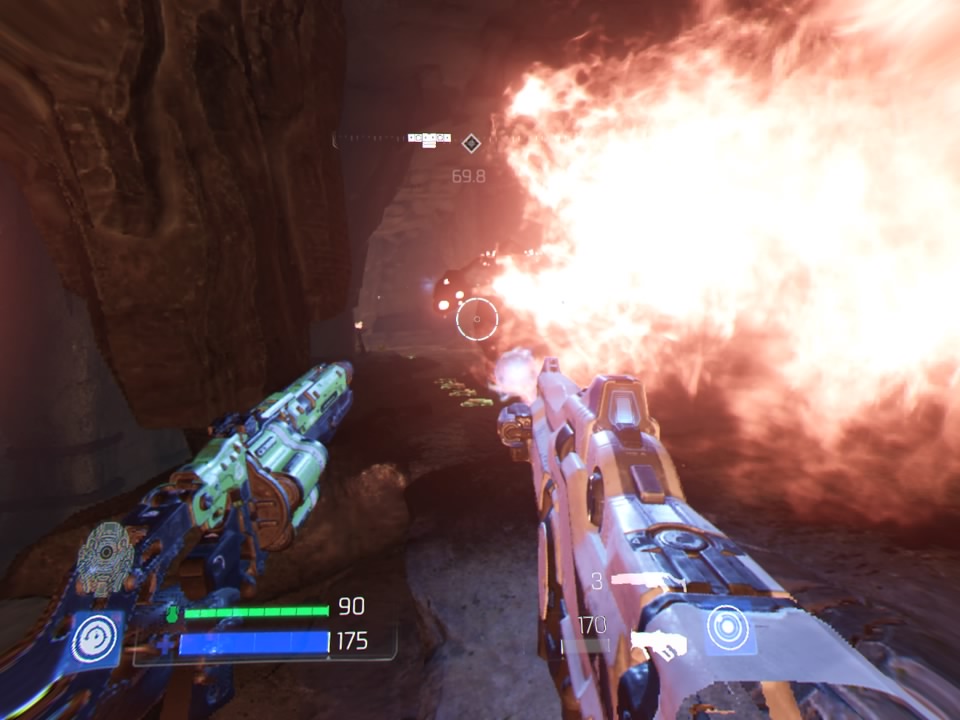 Switching to the DualShock things were much better. Dashing is on the dpad, if you choose you can move as you would in any first person shooter with the left stick. You can rotate with the right stick, either smoothly or in adaptable segments and you aim with head tracking. You can still teleport with L2 and quick turn with triangle so you lose the feel of holding two weapons but gain so much in movement. Initially I went all in and put smooth movement on everything but I only lasted a single level before feeling unwell so I disabled the left stick, put the right stick on 45 degree turns and teleported or dashed everywhere and it was fantastic (apart from the guns looking like they’re shoulder mounted).

You aren’t quite sprinting around as you would be in the full game but dashing left and right to avoid projectiles, teleporting or dashing up close to enemies for a shotgun blast to the face before backing away from their counter became incredibly natural. There are no Glory Kills any more, instead if you stagger an enemy then you can teleport into them to telefrag them which has a similar feeling of a quick kill but lacks the satisfying animation of ripping and tearing.

You have the full range of weapons to collect throughout the campaign (minus the chainsaw unfortunately) and you’ll encounter the majority of enemies to use them on. It’s actually very clever how close this feels to the full game, although it helps that you’ll recognise a lot of the environments as reused areas from before. Even some of the collectibles are in exactly the same spots. There are some concessions given however, especially once you get access to the BFG. In the tougher fights ammo for the BFG is available in abundance, almost as an admission that you may struggle without it due to the new controls being forced into the DOOM style of gameplay. 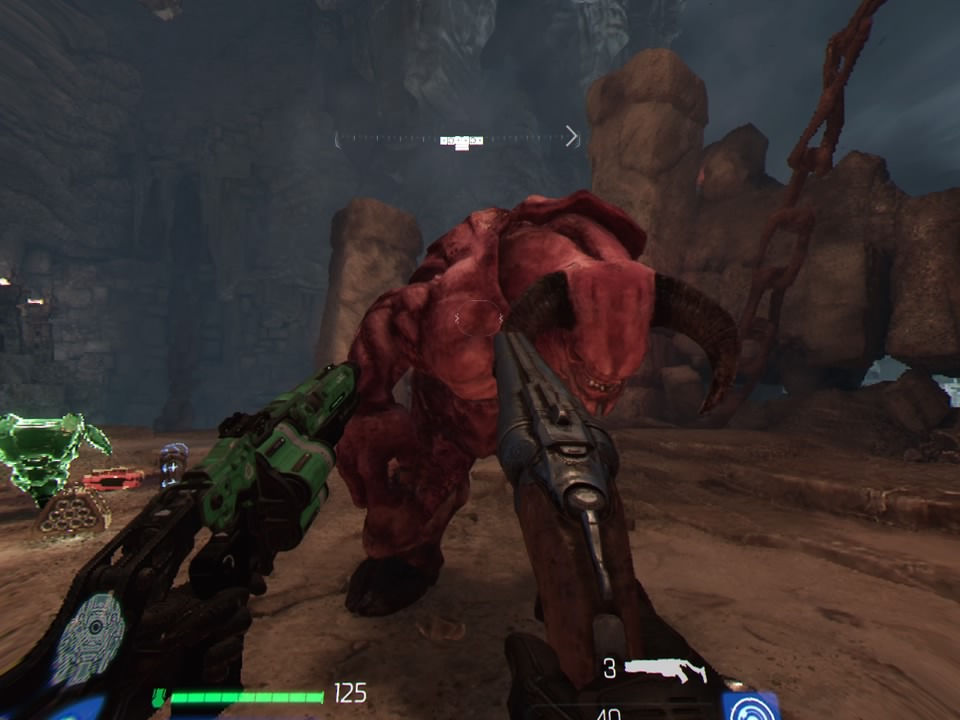 A major difference is the amount of game. You’ll get about five hours worth of gameplay across eight levels. Each has challenges to complete in the levels like in the main game which give you a bonus to your durability. Then there are the collectibles such as the DoomGuy dolls and the weapon upgrades and Argent Cell upgrades that are usually pretty much on the critical path. Everything is shown on your map so it’s all a bit more friendly than the main game. You also get access to twelve classic DOOM maps and two from DOOM II (maybe more if I failed to unlock some) which, similar to last years title, allows you to run through the old maps with the old school graphics, but with modern weapons and enemies.

What isn’t different are the visuals which, for a VR title, are great. Usually you have to put up with basic models, weak draw distances or jaggies but that’s not the case here. The pictures don’t really do it justice but inside the headset things look fantastic and bodes well for the future. The levels are smaller than the full title which probably helps but I don’t want to look for negatives here as the graphics are genuinely impressive.

At £20 the question of value for money comes into play which I can’t answer for you. The hour to pound ratio isn’t great but there are multiple difficulty levels, collectibles and challenges to go for if you didn’t get them the first time as well as the classic maps. Is this DOOM as you know it in VR? Yes and no. It’s surprising how close it feels to last year’s game but at the same time if you’ve mastered that then you may feel this has been dumbed-down a little too far to allow for the hobbled control scheme. 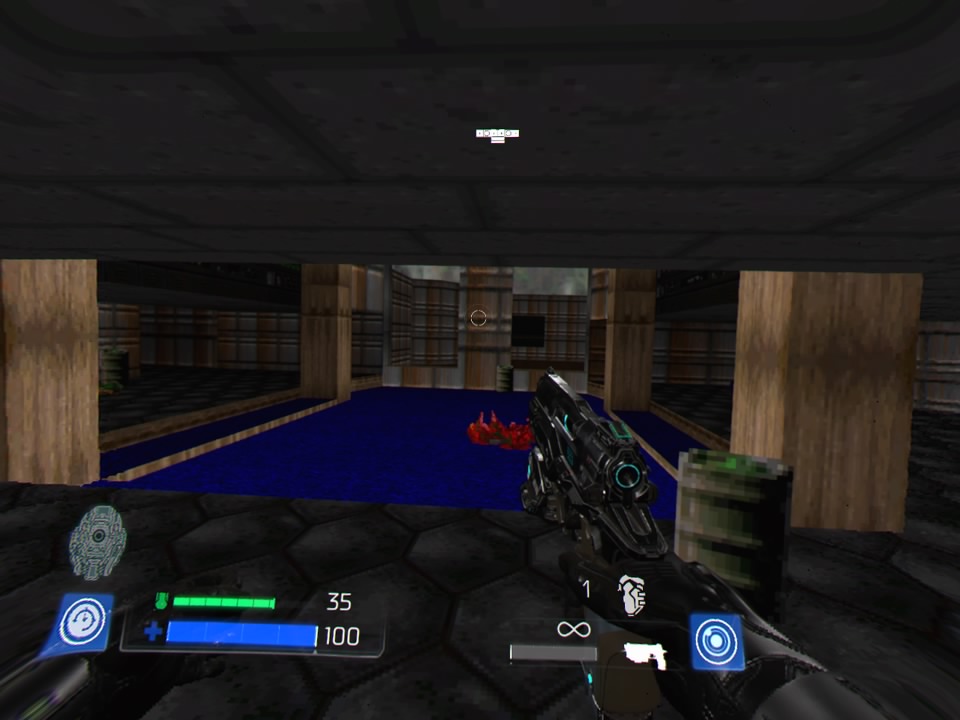 DOOM VFR is a step in the right direction for VR as the visuals don’t feel downgraded at all and, as Bethesda also attempted with Skyrim, it’s a non-VR experience in VR. Unfortunately the transition required a little more thought and, similar to motion controls before it, forcing VR into something that was designed without has created a good game, but not one without compromise.

DOOM VFR
7 Overall
Pros
+ DOOM gameplay but in VR!
+ Visuals are great
+ Variety of controller options
Cons
- Every control scheme has a weakness
- A little short
- Feels dumbed-down from the full game
Summary
DOOM VFR makes its way to PSVR but doesn't do so without compromise. The graphics are great and it certainly feels like DOOM but every controller option has a downside and it feels like it's been dumbed-down to compensate.