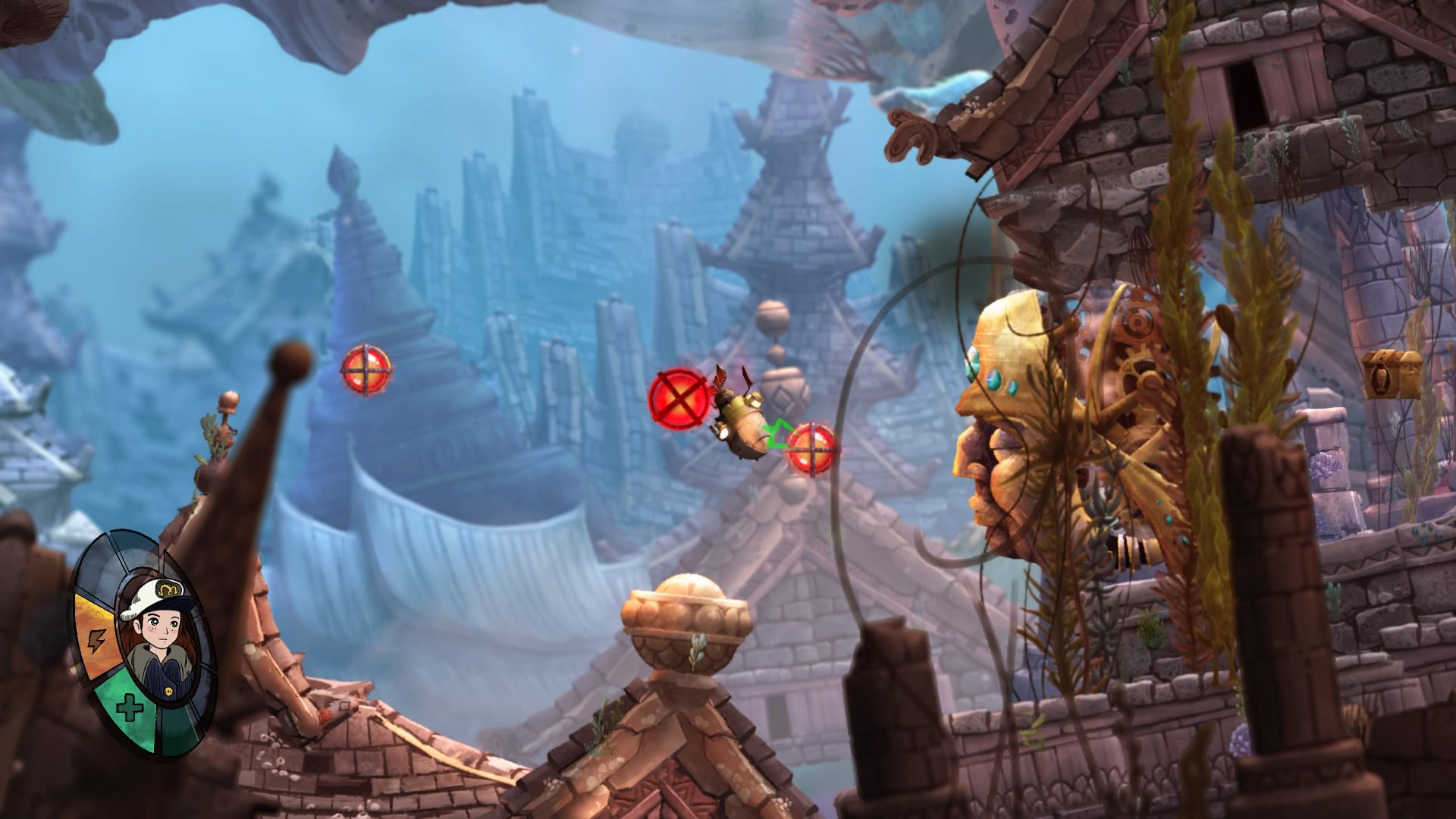 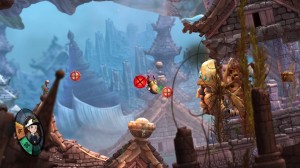 The sea is full of wonder, a last great frontier waiting to be explored.  It is a wellspring from which myths and stories have been drawn throughout the ages.  Song of the Deep uses the idea of stories and mystery to tell its own interesting tale about exploring underwater.

You play a young girl called Merryn who lives with her fisherman father.  Each night your father comes home and tells far fetched tales of his life on the ocean.    One day he doesn’t return from his fishing trip and you wake in the night after having a nightmare of your father being imprisoned underwater.   The following morning you build a submarine out of spare junk and set off on a rescue mission.  This plot is told to you via a wonderful cutscene at the start of the game, using a lovely hand drawn feel and narrated in a gentle Irish accent.  Song of the Deep does a brilliant job of setting the scene.

Song of the Deep is a Metroidvania style game, a 2D exploration game where you need to unlock abilities to allow you to access deeper parts of the map.  As with all of these kinds of games you start off with no special gear, and your initial freedom to explore is limited.  However before you know it your craft is able to effectively attack enemies, speed past strong currents  and even break down walls.

Visually things look gorgeous.  The art style is wonderful, from the hand drawn cutscenes to the lovingly styled ocean depths.  Things are clear and bright to look at, with each area looking uniquely different.  There is also a lovely depth to the scenery, with things swimming off in the background or fronds of seaweed waving in the front of the screen.  The overall feeling of this game is of being inside a story, and with the excellent narration on top of this, it just all works so well together. 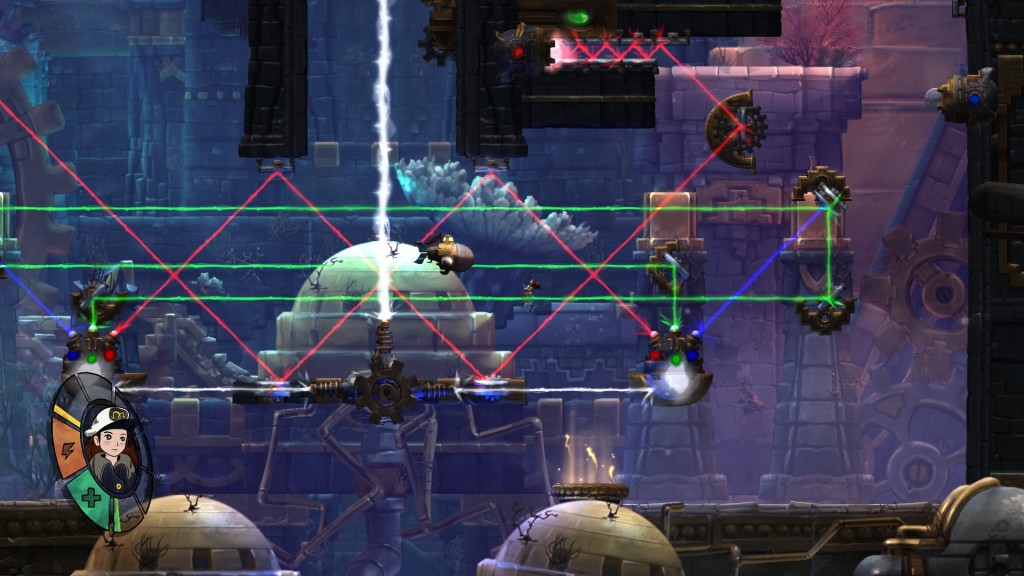 Playing the game you drive your submarine round with the left stick, and have to navigate all manner of undersea obstacles.  One of the first upgrades you can find is a grappling hook which allows you fight enemies and pull blocks to solve puzzles.  Whilst there is a combat element in the game, this is not the focus.  The emphasis very much on exploration and some light puzzle solving rather than combat.  The way the upgrades are spread throughout the world, and the way the zones interact with each other lend the game a great flow, moving from one area to another.  There is some backtracking here, but with the inclusion of warp points scattered throughout the world this isn’t really an issue.  The way the upgrades are unlocked as you progress really serves to keep the game interesting, adding new features for the majority of the 5 hour-ish running time.

That’s not to say there isn’t combat, and there are also boss battles punctuating the game.  These boss battles aren’t numerous though, which is a good thing.  Although the controls work well in exploration areas, when you need the precision asked for at the boss battles things get a little tricky.  Your submarine feels wonderfully floaty in the water, adding to the feeling of being submersed.  However the boss battles generally task you with picking up items and throwing these at very precise locations, which the controls don’t lend themselves well to.  This isn’t game breaking, but it is definitely the weakest part of the game. 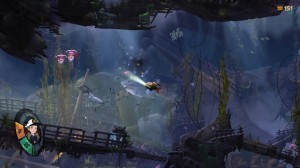 Overall this is a great little game.  It proceeds at a leisurely pace and has bags of character, with a great protagonist and wonderful narrator.  The art is lovely to look at and whilst there are some issues with the combat, these don’t ruin what is a charming and memorable game.

Song of the Deep
8 Overall
Pros
+ Wonderful art style + Great sense of exploration and of uncovering new things + Upgrades keep the game fresh till the end
Cons
- Combat isn't as satisfying as it could be - There is some backtracking in the game - The whimsical nature will turn some people off
Summary
A charming metroidvania with a lovely Irish charm. The art and gentle exploration give this game a whimsical feel however, the combat and backtracking wont we for all tastes.