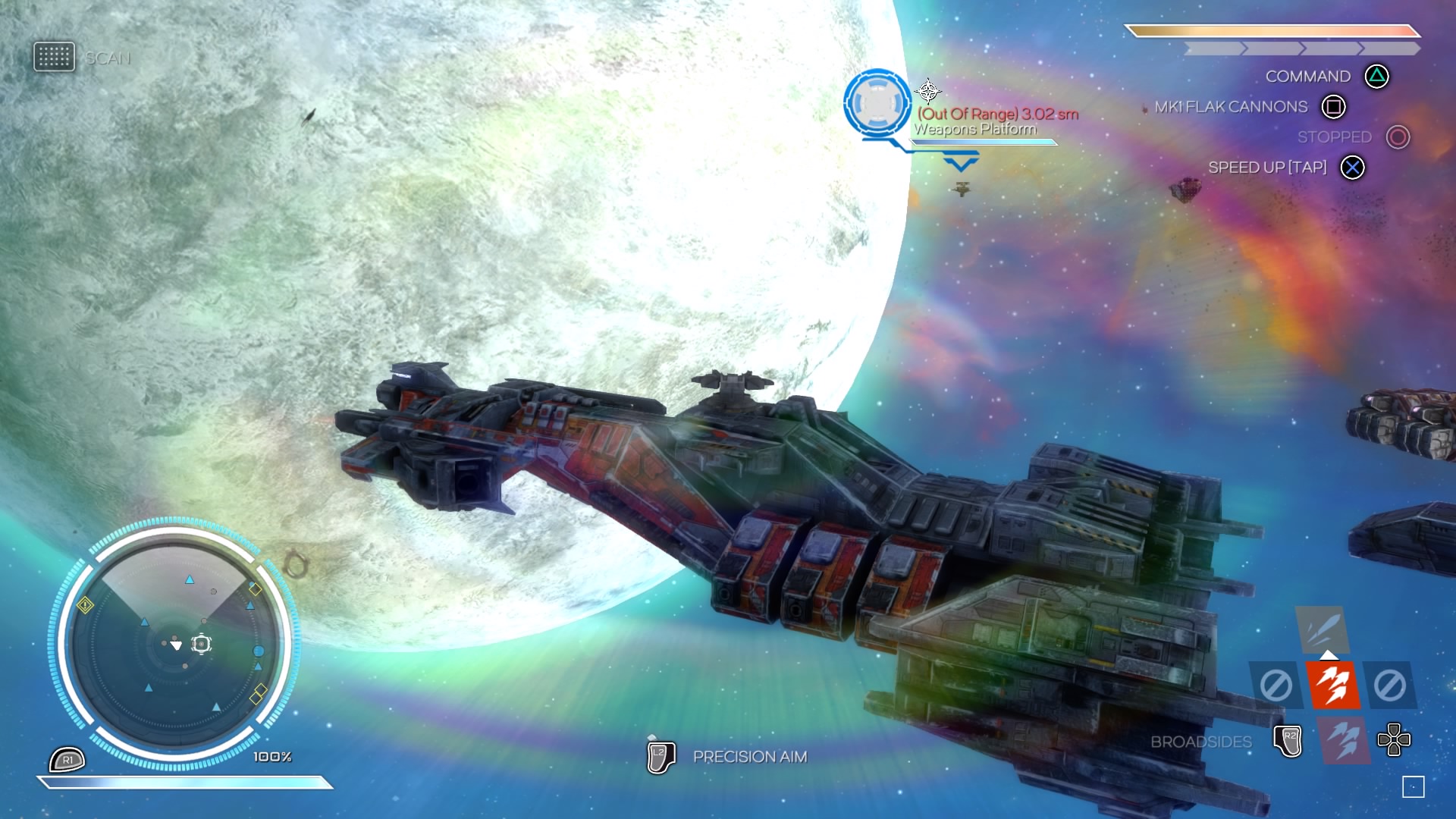 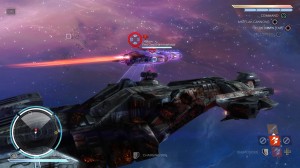 If you’ve ever wondered what you’d get if you crossed pirates with a cowboy spaceman then you need to play Rebel Galaxy.  Double Damage Games have created a space trading and combat game with a very distinct personality.  Casting you as a space trader in search of his aunt, you’re given a ship, a cracking selection of tunes and an entire galaxy to explore.

First things first, this game doesn’t control as you’d expect a space combat game to play.  Your craft is stuck on one axis unable to fly in anything other than the level plain.  Think of it as if you were controlling a seafaring ship, you can bank and turn round but you can’t loop-de-loop.  This unexpected setting along with a complex hud and the detailed radar result in a steep learning curve.  Although the game does a good job of guiding you through the basics, there is still an awful lot to learn.

Once you get used to flying your ship you can take in the fantastic space vista.  The nebula, suns and dust clouds presented look wonderful, full of bright colours and lens flare.  This game also does a solid line in cowboy rock music, all slide guitar and emotion.  It’s how space travel should be, full of neon colours, warp drives and a stereo blasting out cowboy rock music at full blast.  From the start you’re pretty much given free rein to go wherever you want, and the vista’s are so enticing you’ll soon be warping off to explore.

It’s not all exploring though, and combat plays a central role here.  There are an awful lot of things to play with when you’re in combat with seemingly every button being used.  Things do get pretty complex and at times you’ll be pressing three buttons at once whilst rotating the camera to track your next target.  It’s credit to the developers though that things do work, it may be complex but before long you’ll be a confident combatant. 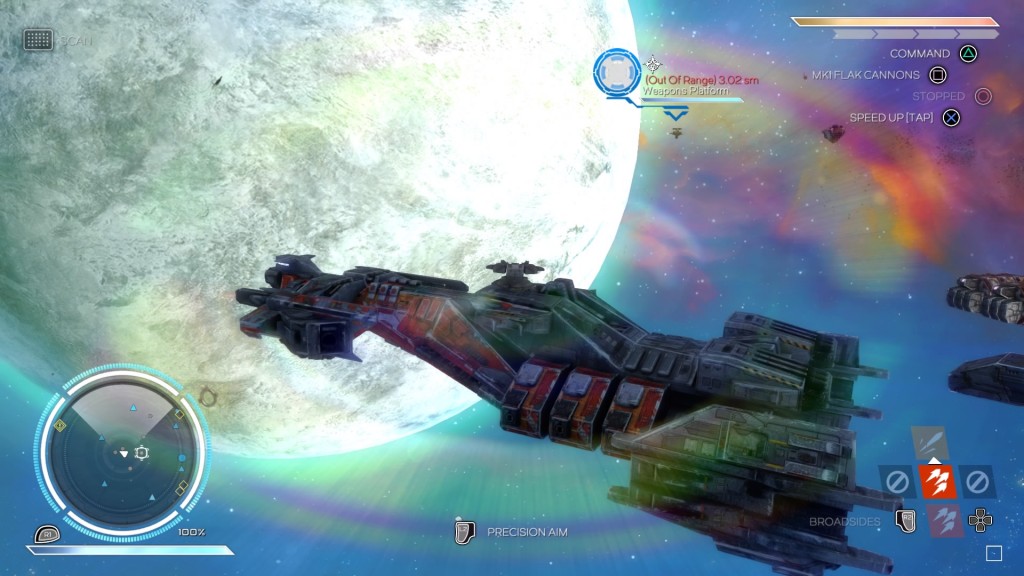 Combat is split between two main modes in your broadside cannons and your mounted turrets.  The turrets auto track enemy ships and are able to shoot in a 360 degree arc, you’re also able to jump into first person view for more precision aiming.  Your cannons  are able to take out the smaller craft which are significantly more manoeuvrable than your hulking great frigate and buzz you like wasps.  However it is left to your broadside cannons to lay down the serious firepower needed to take out the larger enemy ships.  As their name suggests these can only fire from the side of your ship, so it’s left for you to navigate alongside enemy vessels and let rip with your cannons.

This mix between the two kinds of guns gives combat a wonderfully chaotic feel, and whilst initially things can seem very daunting before long you’ll be confidently blowing up all in your path.  There is a lot of depth to the combat, with shields and flak cannons also coming into play.  This chaotic feeling does result in the combat losing any kind of nuanced approach, and for the majority of the time you’ll just be blasting with everything you’ve got not really aware of any kind of tactics.

The game is very open and you’re given a range of missions to explore from trading, mining, bounty hunting and searching for your aunt.  To pick up one of these you’ll need to dock with any one of many space stations, which serve as a kind of hub.  From here you can upgrade your ship, hire mercenaries or speak to the locals for specific quests.  These options are all presented in various menus, with only key characters being given animated models.

Whilst there is a wide range of missions on offer, and a wide range of factions within the game, they all seem to boil down to the same thing.  Fly over there and blow a ship or two up.  The factions never really stand out and the overall story is easily forgotten, and overall things do get samey after a while.  Things aren’t aided by a cluttered map and no real mission log making it hard to follow exactly what you are doing, other than flying to the next symbol. 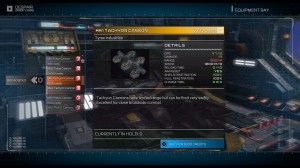 Overall I enjoyed my time with this game.  The setting and presentation are great, the idea of a space sim based on broadside warfare makes this unique  and highly entertaining.  Whilst it’s not without flaws the game rises above these resulting in good old fashioned space romp.  It’s time to weigh anchor and set sail to the nearest nebula.

Rebel Galaxy - PS4 Review
7 Overall
Pros
+ looks great + broadside combat is highly unique + the music is awesome (if you love cowboy rock)
Cons
- combat gets a little busy - steep learning curve with loads of buttons to learn - although being superficially different, missions are basically the same
Summary
This game looks like the space adventures you want to be part of. Full of cowboy rock music, fantastic nebula and interesting aliens. It is only let down by some fiddly controls and a steep learning curve.