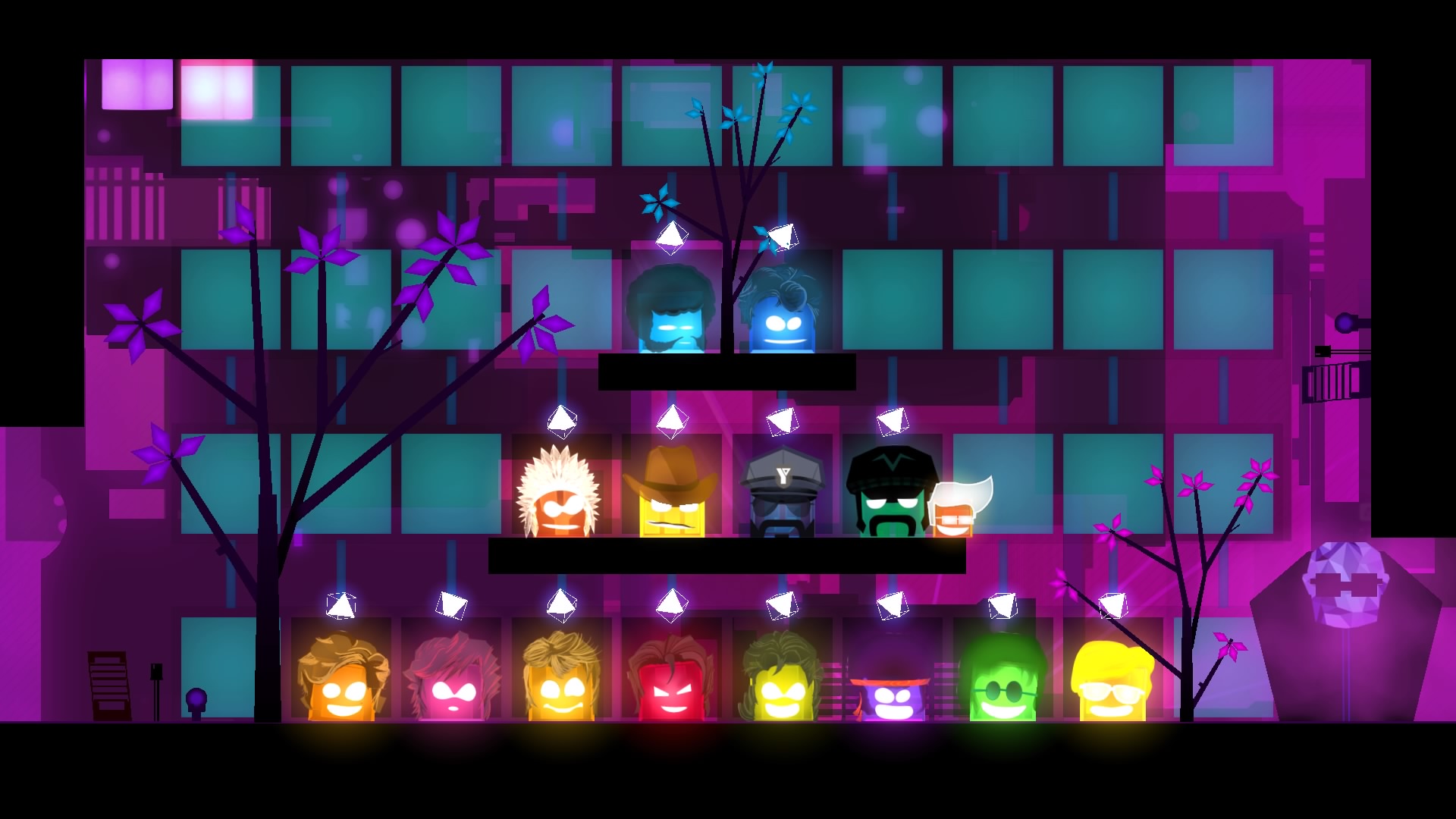 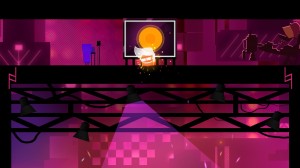 Inside My Radio is equal parts rhythm-action game and platformer and comes to the PS4 by way of French coders Seaven Studio.  The gallic flair is definitely in evidence in this arty indie title.  With it’s cool soundtrack and stylish, minimalist visuals, Inside My Radio certainly wins points early on for presentation.

It tells the story of Taek, a green LED who lives inside a malfunctioning radio and ventures out to find and fix the problem.  Along the way he picks up his friends who you then play as.  These don’t alter the core gameplay (each character behaves exactly the same) but do change up the feel of the music and the backgrounds while introducing a few new obstacles to deal with.

The gameplay is an odd mixture.  It functions as a fairly basic platform title in so far as it doesn’t ask too much of you at any point in its short lifespan but adds the twist that all your actions (jumping, slamming, dashing and pressing buttons) have to be timed to the beat.

The game is always playable and the timing mechanic does add a little extra challenge to the game but often only serves to add very brief moments of frustration as you miss you jump but then catch it on the next beat anyway.  Occasionally a section may need to be thought of as a puzzle but usually these don’t extend beyond ‘see that button there?  Press it.’ 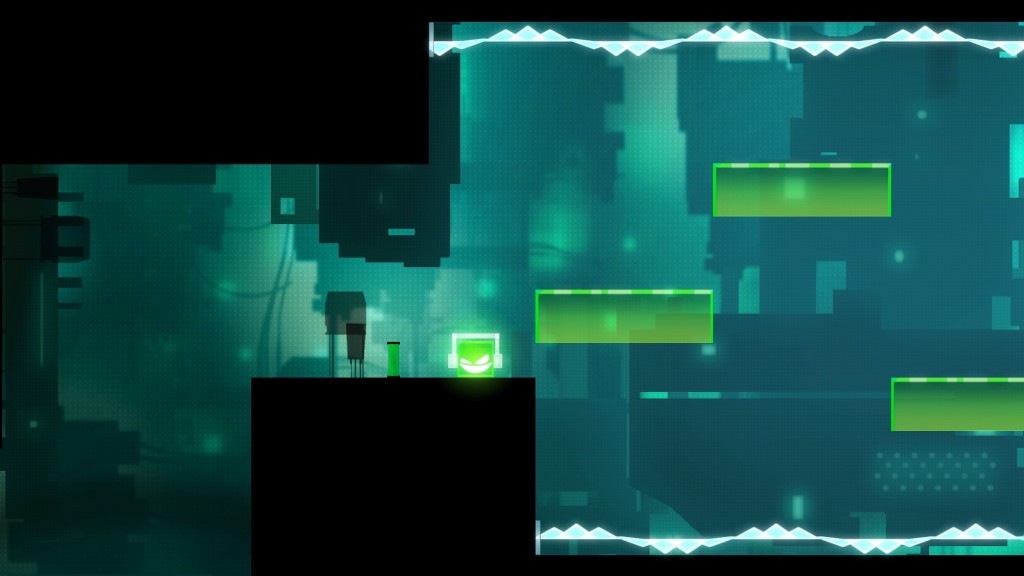 At less than two hours, the whole campaign is over quickly and puts up little resistance aside from a short boss rush at the end of the game that spikes the difficulty a bit (but is still very beatable) and at that point you’ll be left wondering if that’s really it.  Along the way there are some nice ideas such as mixing desk to play with that lets you alter the music slightly (we’d liked to have had more control over that to be fair) and a fun little take on Guitar Hero which do add a little something to the game as a whole.

The challenge comes by way of the Time Attack mode.  Here a very harsh time limit ticks away and you have to navigate those levels while trying to pick up time bonuses.  Suddenly those little timing mistakes are no longer unpunished as you need every second to get to the end of each level. 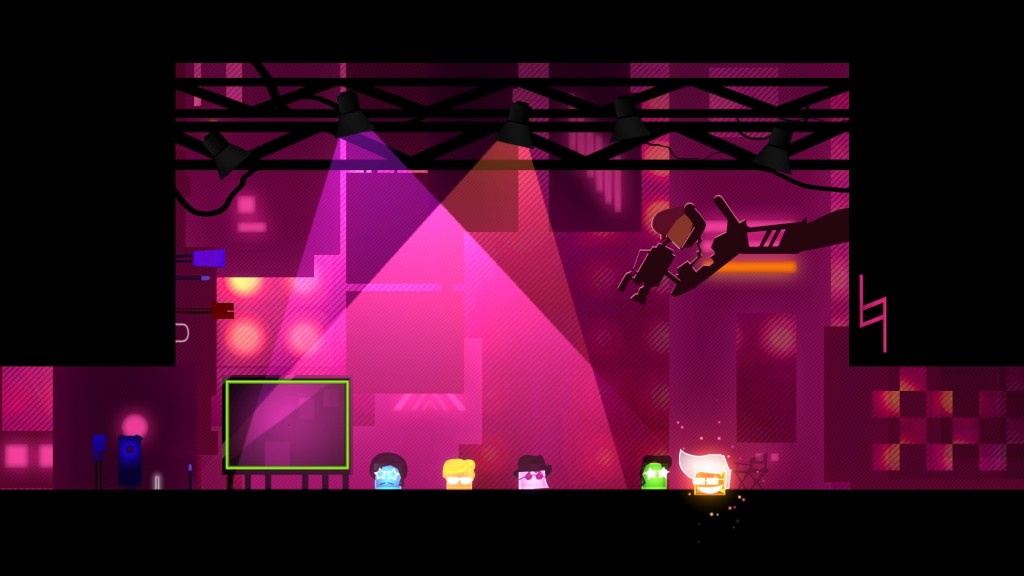 The problem there is that by then you’ve already seen everything the game has to offer and have no real reason to return to it.  As such, Inside My Radio is, as a game, quite disappointing.

However, as a piece of interactive art, Inside My Radio kind of works.  The neo-retro visuals look decent and in combination with the soundtrack (which blends electro, dub and even some rock music) it’s all very charming.  The fun cast of characters and occasional set-pieces add to the experience too. 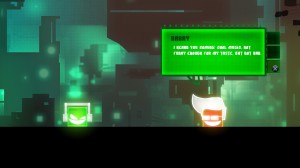 But gameplay comes first and while Inside My Radio evokes memories of Sound Shapes, and even Murasaki Baby, it’s all just too thin.  The most skilled players may enjoy the leaderboard action for a while but they’ll probably be sticking to the packed leaderboards of Super Meat Boy while the musically-minded among you will be wishing the game had a Sound Shapes style level editor to play around with.  Indeed, as is so often the case with indie platformers, you kind of get the impression the levels were more fun to create than they are to play.

So, ultimately Inside My Radio is a charming misfire.  It’s easy to like but has very little staying power.  For a quick couple of hours it is fine but after that you’ll be wondering if your money has been wasted a little.  It’s still very easy to like and you may end up loving it, but gameplay is king.  Gaming as art is fine but unless you’ve got the gameplay to back it up, it just won’t last.


Inside My Radio
6 Overall
Pros
+ A fun bit of interactive art + Decent soundtrack + Playable enough
Cons
- Very short - Too easy
Summary
Inside My Radio is artsy, likable and fun but so short and easy that it all feels like an experiment rather than a game.