Zen Software continue to support their excellent pinball hub, Pinball FX3, with yet more tables and this time they’ve made a quick dip back into the library of real world tables from Williams.  We rather liked their previous collection of Williams tables, praising the variation between them but lamenting the slightly wider gap between flippers which led to some unfairly lost balls along the way.

This collection offers three tables but, as you’d expect, these come with the usual Pinball FX3 polish as well as leaderboards, challenges, upgrades, trophies and all the usual trappings.   Each table also gives you a little bit of history before you start playing, letting you know a bit more about their real-life counterparts. 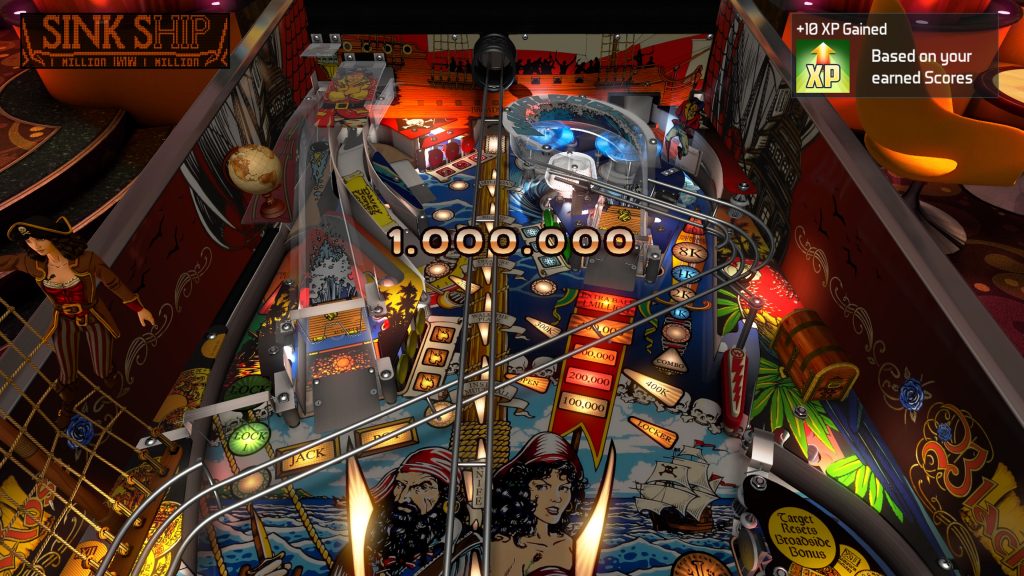 Black Rose is a 1992 pirate themed table that combines a tough but easy to understand table with an interesting cannon firing mechanic.  It is let down a little by some easily hit outlanes (and no early ball save) but is a solid table.  As with the previous pack of tables, the gap between flippers does also cause frustration with certain upper table obstacles seemingly guiding your ball towards oblivion but when you get a good run going, this is a satisfying table. 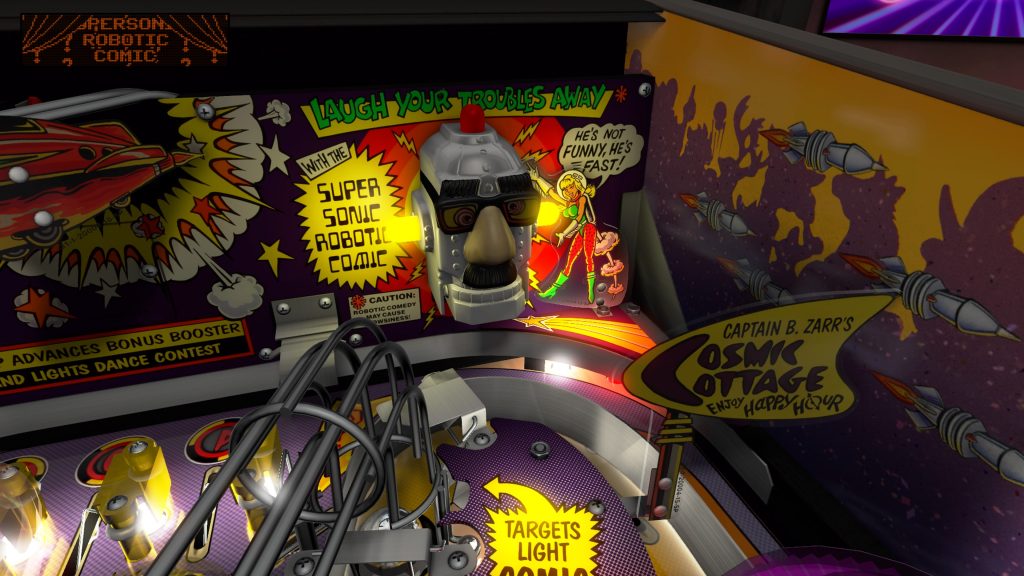 Party Zone is a 1991 table that throws together a few characters from previous Williams tables and seems to almost defy any kind of categorisation in terms of its style.  It’s certainly pretty manic and has a few recognisable tunes in there too.  There’s a definite party vibe with the DJ supplying tunes and a dancing dummy and some other nonsense but quite how table mascot Captain B. Zarr with his moustache and rocket ship fit in, I don’t know.  It’s a bit of a cluttered table this one which also falls victim to some more unfair ball losses but is certainly a table with a lot of character. 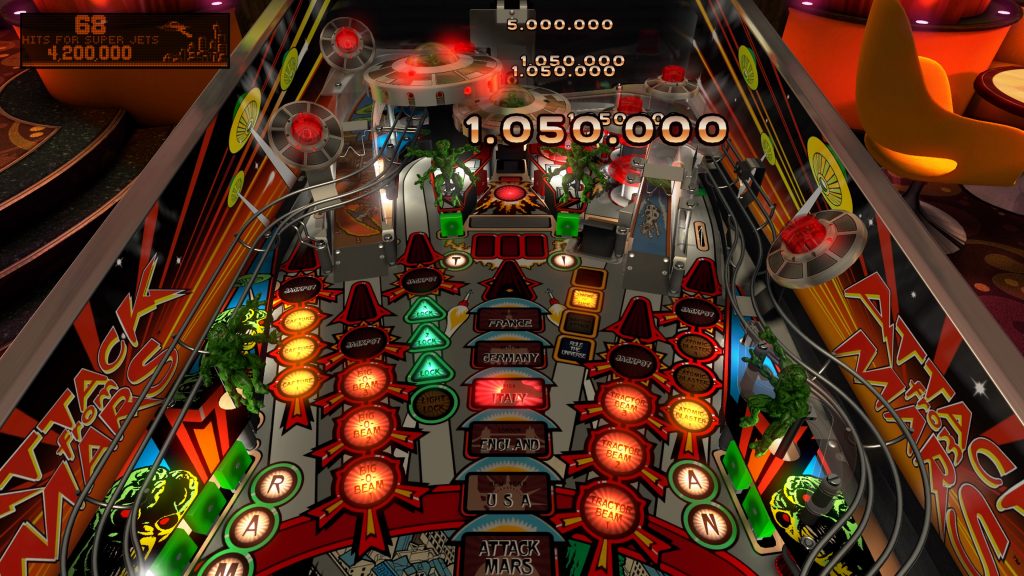 Last up is Attack from Mars, a popular Williams table that launched in 1995 and has the obvious sci-fi alien invasion theme much like Pinball FX3’s Earth Defense Force table.  This one is quite unusual in that scores can quite easily reach billions with simple tasks and shots earning you staggering amounts of points.   Again, the table’s flipper placement and outlanes cause frustration but this is a fun and exciting table with clean visuals and easy to understand rules.

Aside from that, there’s not much else to report.  The tables combine Williams’ expertise with the usual Zen polish and while only getting three tables might seem a little less enticing, they will no doubt appeal to fans of the originals and Pinball FX3 completists.  Everyone else would do well to play the demo of this pack and decide for themselves.   The demo has only just arrived, a couple of months after the pack’s release, but there’s no excuse to not give these a go.

Pinball FX3 - Williams Volume 2
7 Overall
Pros
+ Three interesting tables
+ Polished as ever
+ Authentic Williams design
Cons
- May be a tad unfair for beginners
- Still not Williams' finest choices
Summary
The second Williams collection adds more predictably solid tables to Pinball FX3's ever-growing stable and while these have a great heritage and proven quality, the might be a tad too taxing for beginners.