Indiana Jones: The Pinball Adventure is the latest DLC for Zen Studio’s genre-leader pinball simulation suite Pinball FX 3.  As with many of their more recent tables, this one is based on an original Williams table, this time from 1993.  As you’d expect it’s full of references, mini-games and sound samples based on the original trilogy of movies.  Thankfully it pre-dates the awful fourth film.

As a table this one is relatively easy to understand but with a couple of gimmicks to keep things interesting.  In terms of pure playability, it’s a nice one with well-positioned sweeping ramps.  It absolutely gushes points at you too, which is always nice.  Of course like any table in the collection, there are a lot of linked objectives that you need to conquer in order to get to its ‘Wizard Mode.’  We’re not that good though. 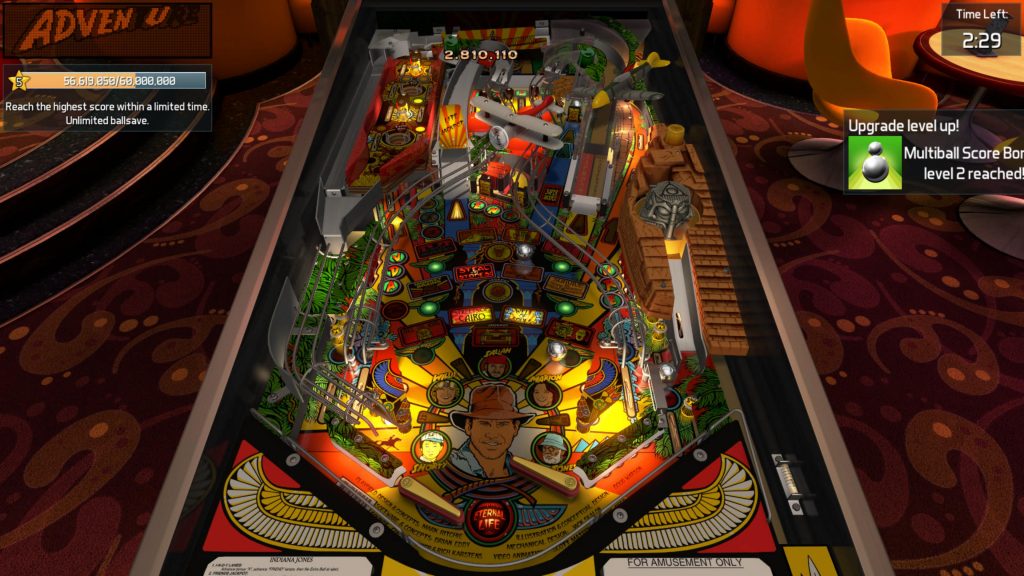 The obvious worry about this table is that its a Williams one and that means that the flippers are a little further apart than on the other Pinball FX3 tables.  It’s been a constant annoyance since they started putting these ones out and certainly we found that a lot of our ‘lives’ were lost because the ball just seemed to always go straight down the middle.

The outlanes aren’t as problematic, thankfully.  But there are plenty of times where the ball just seems a bit unstoppable.  Your mileage might vary, but we’re not rubbish at these games (although certainly not elite either!). 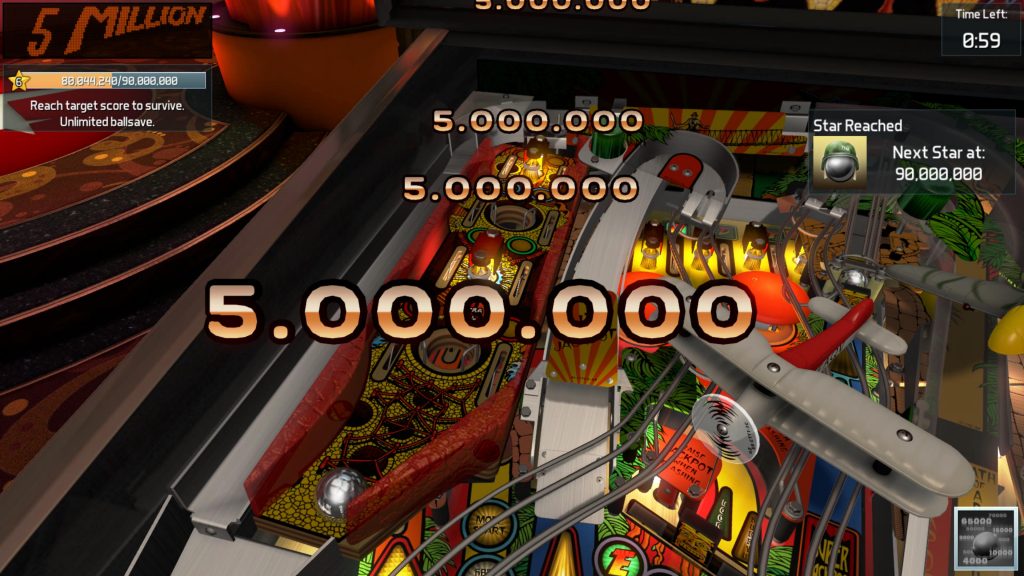 However, Pinball FX 3‘s overall structure does mitigate this a lot though.  You can play the various survival/timed modes which give you unlimited balls to use against a ticking time limit.  This is definitely the way to play this table as it takes away the frustration of losing another ball cheaply and also lets you earn the score boosting, action-rewinding upgrades which again will mitigate some of the more problematic parts of this table.

Aside from the standard pinball action, you do get a decent number of high scoring mini-games as well as an elevated tilting table where you have to guide the ball through switches while avoiding two large holes.  There’s even a rudimentary FPS mini-game.  And the benefit of us playing in this table virtually is that an animated Indy jumps around pulling your attention to the action. 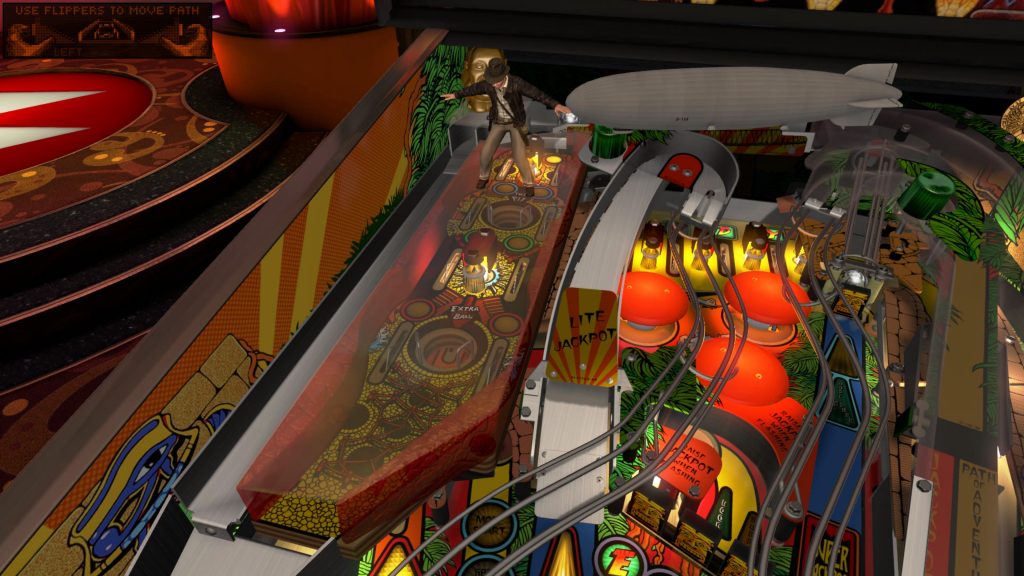 With the usual array of viewing angles, you’re sure to find one that works for you and, comparatively speaking, this table isn’t too cluttered.  It also benefits from some clever pixel art on the dot matrix screen.

Of course, the questions here are ‘do you like pinball?’ and ‘are you a fan of the films?’ and if you are, this is a no-brainer.  As someone who isn’t as familiar with the original trilogy (having seen those films once or twice ever), a familiarity with the films isn’t a requirement if you want to enjoy what this table offers.  But you might get more bang for your buck if you purchase other tables and packs before you eventually get around to this one.

Pinball FX: Indiana Jones
7 Overall
Pros
+ A fun, playable table
+ Good mini-games and features
+ High scoring
+ Great if you like the films
Cons
- Flippers are spaced a little too widely
- Just one table in this purchase
Summary
Do you like pinball? Do you like the first three Indiana Jones films? Then this is a bit of a no-brainer for you and it's a table that really benefits from the overall packages quality of life features.