What Lies in the Multiverse is a puzzle-based platformer from Santiago-based developer Iguanabee and Polish publisher Untold Tales. The prologue opens with the line “Multiple events, multiple possibilities, multiple consequences.” It’s a little more linear than that admittedly, but the storyline is occasionally intriguing.

The gameplay on offer reminded us a little of another recent review Unbound: Worlds Apart in terms of the dimension switching aspect, though rather than small portals you’re apparently operating on the quantum level,  the double-slit experiment being mentioned at one point. That bloke off D:Ream with the floppy haircut wrote a good book about quantum mechanics, but we digress. 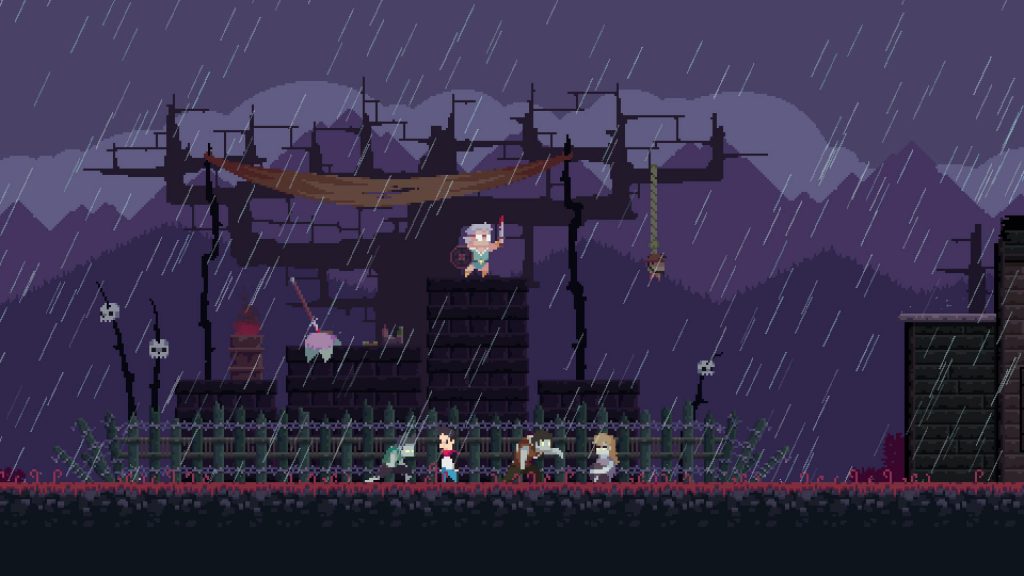 In practice this makes for you switching locations on the fly as you jump into what is, in effect, empty space. Only you’ll land on a ledge in the other dimension. It’s a cute mechanic at the very least. In the first chapter you switch from verdant forest to bleak post-apocalyptic wasteland, with other chapters mixing it up a little.

You’ll also discover various anomalies that are visible in both dimensions, more often than not they are boxes that you can shove around the place to reach platforms that would otherwise be out of reach. Another fun thing that shows up uses conservation of motion, in that you jump into a rift and you’re propelled out the other end. It’s cleverly done. 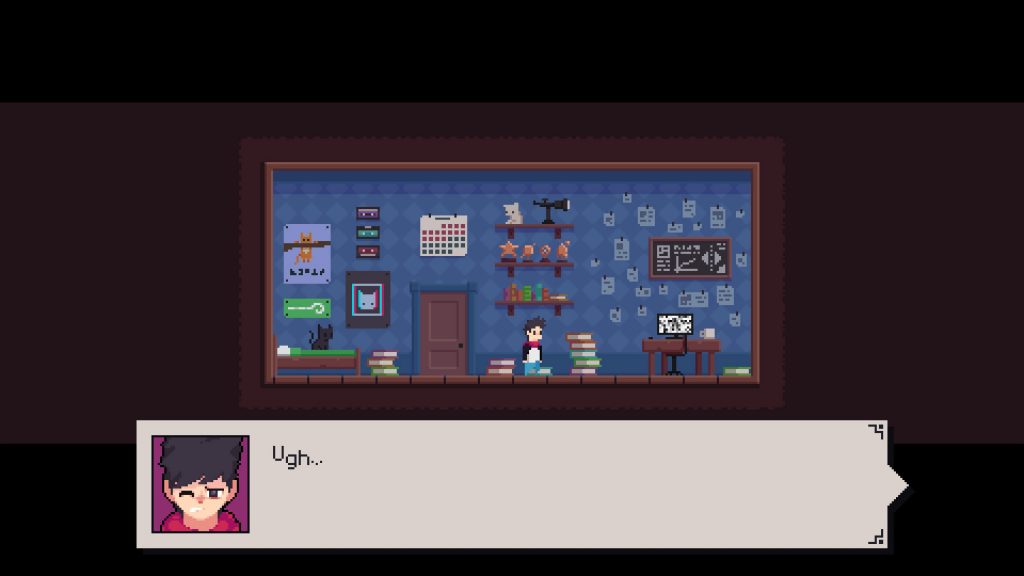 As you progress you’ll also discover many and varied ways to be killed, though a little infuriatingly, the trophy for offing yourself by all the glorious ways available only unlocks if you fulfil the conditions during a playthrough. This is compounded by the fact that What Lies in the Multiverse insists on making all dialogue and lengthy plot exposition entirely unskippable. Even if you’ve completed the storyline.

More annoyingly, when we discovered this to be the case, we’d been filled full of buckshot and the game jumped to what appeared to be the final chapter. Then crashed back to the PS5 XMB with an exception. So we’ll probably never know if it meant to do that or not. Perhaps it was the alternate game ending we’d unlocked, but due to the crash and no autosave state when revisiting levels, we simply have no idea. 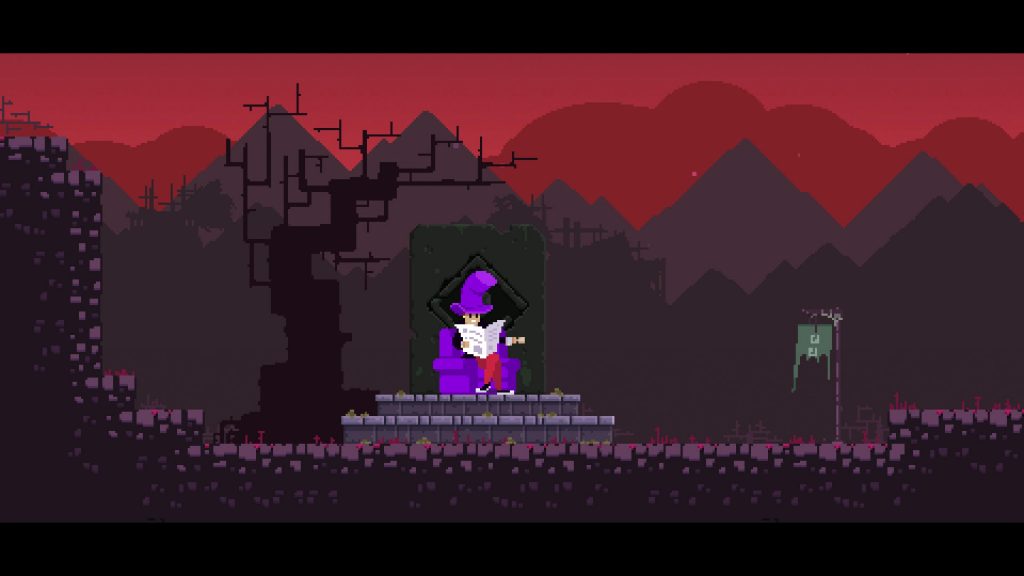 The problem to some degree is the fact that beyond your character ‘The Kid’ and the bearded guy in the massive purple hat, the story in What Lies in the Multiverse expects you to have some sort of empathy, and to a lesser extent familiarity with the players of the piece.

Even when you’re further into the nine chapters that make up the story, beyond Everett in the hat and a couple of others, you’ll have forgotten their names and respective motivations within moments of their respective scenes. Everett’s name is a cute reference to a quantum theory interpretation at least.

You’re pursued by the quantum police or whatever they are, for committing vague temporal violations, not entirely clear at the outset, nor particular expanded on by the time the final credits roll. The script earnestly tries to convey loss and the various stages of grief through anger and denial, but somehow comes over a little bit flat. 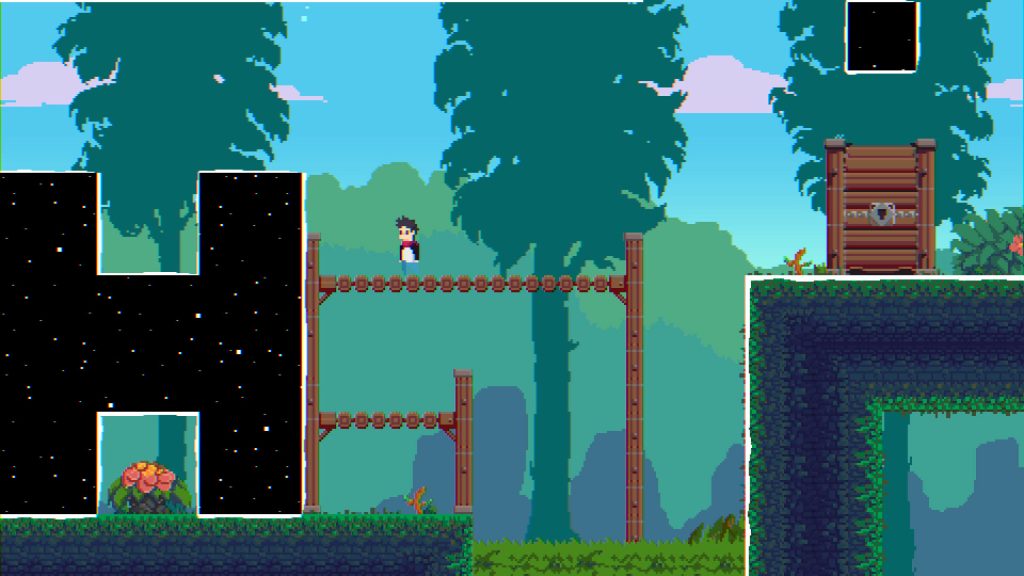 Perhaps its down to the fact that we assume that the devs first language isn’t necessarily English, so maybe the nuances and any subtleties of the script are possibly lost in translation. A Jay Rubin translation of a Haruki Murakami book this aint.

Ultimately though, What Lies in the Multiverse is a well designed affair for the most part. Only the plot lacks impact a little bit and the unskippable story beats on subsequent replay of levels don’t help. The characters are generally fairly blank slates, yet you’re meant to feel a sort of emotional connection with them. One particular event happens quite abruptly and we felt  bit blindsided by it. The script implies you’re somehow supposed to feel something but the reasons for the event never really felt particularly clear. Again, the lost in translation feeling prevails. 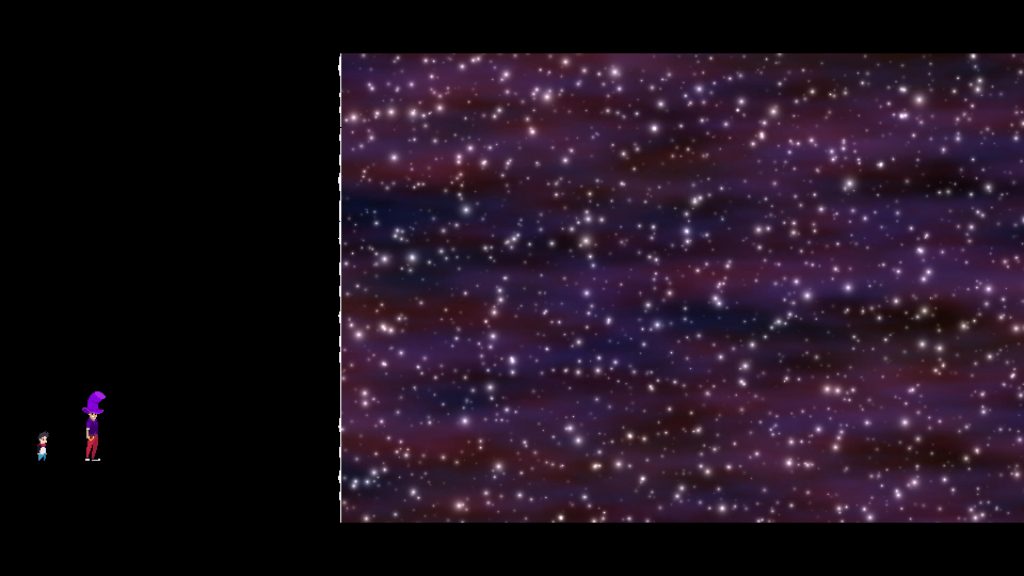 In conclusion, What Lies in the Multiverse is a fun platform game with some well thought out puzzles, just the script translation lets things down a little bit. What might be earnest in the original Spanish comes across a wee bit flat in English.

Cons
- Script translation falls flat
- Replaying chapters won't let you skip dialogue
- Prone to inexplicably crashing
- No save state when you replay levels
Summary
What Lies in the Multiverse is a fun enough game with some cleverly designed mechanics but it's let down by a weak script translation that makes the major plot beats lack impact. It's good but lacks a little polish.