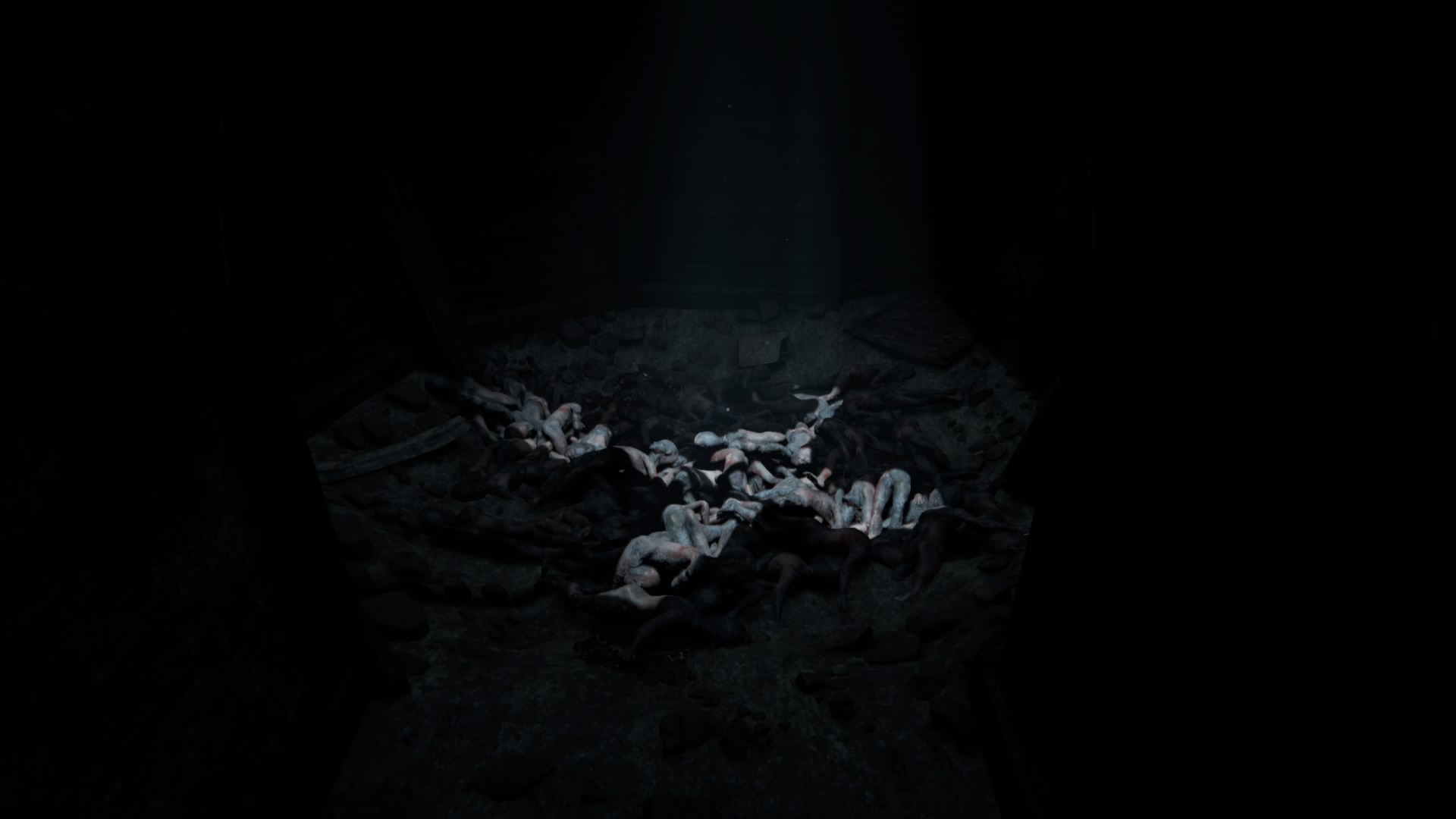 The original Outlast made some waves in survival horror circles with its intense first-person stealth, gripping atmosphere and intriguing story. Now Red Barrels return with an inevitable sequel that looks to build upon the bedrock whilst scaling new heights. Can it still chill the bones or does Outlast 2 whimper in the dark? 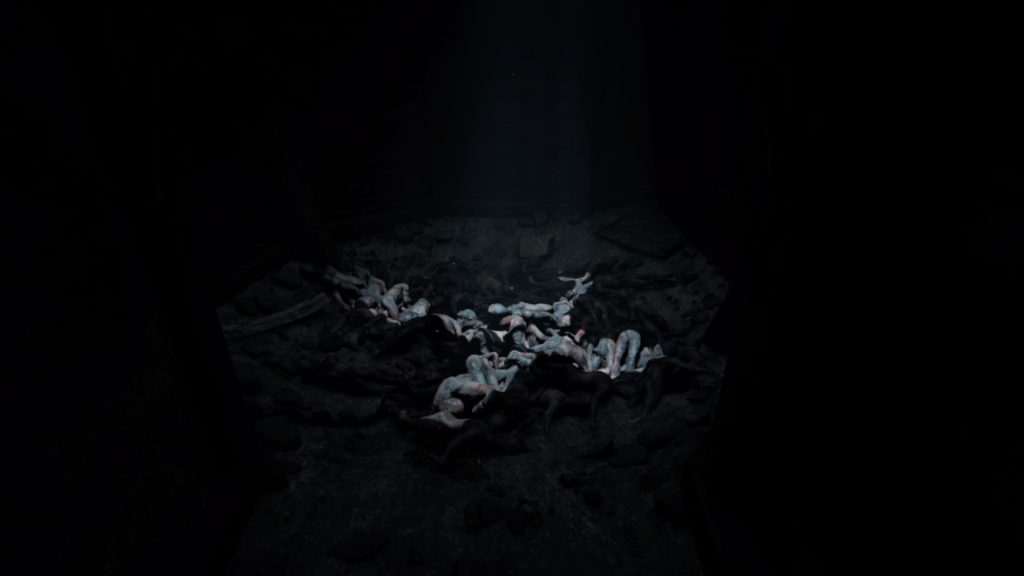 The plot plucks from some fairly traditional horror tropes. Trading in the first game’s Colorado Asylum for a reclusive rural setting, you’re part of a two-person film crew investigating a suspicious backwoods murder. No prizes for guessing the local residents are part of a crazed village cult that seems hell-bent on tearing itself and you apart. Diary entries are strewn to provide more context for the biblical babbling of the townsfolk and it’s charismatic leader but, to be honest, I’m not that invested. Your love interest is kidnapped early provide further drama and the antagonists provide plenty of menace but I’ve seen it all before. Imagery is typically disturbing with plenty of decay and bodies on display but it’s a road that’s been well-travelled.

Outlast 2‘s production values help to create an atmospheric, tense experience with a visual treatment that, at times, looks outstanding. Lighting compliments a great deal of polish with some of the quieter, indoor moments being perfectly pitched. Sound rattles and stings, depending on your situation and does well to warn you of impending danger. Some of the character models leave a little to be desired but the surroundings certainly deliver a strong punch. The game’s more surreal and dreamlike scenarios look rather stunning with a fidelity that rivals the very best. 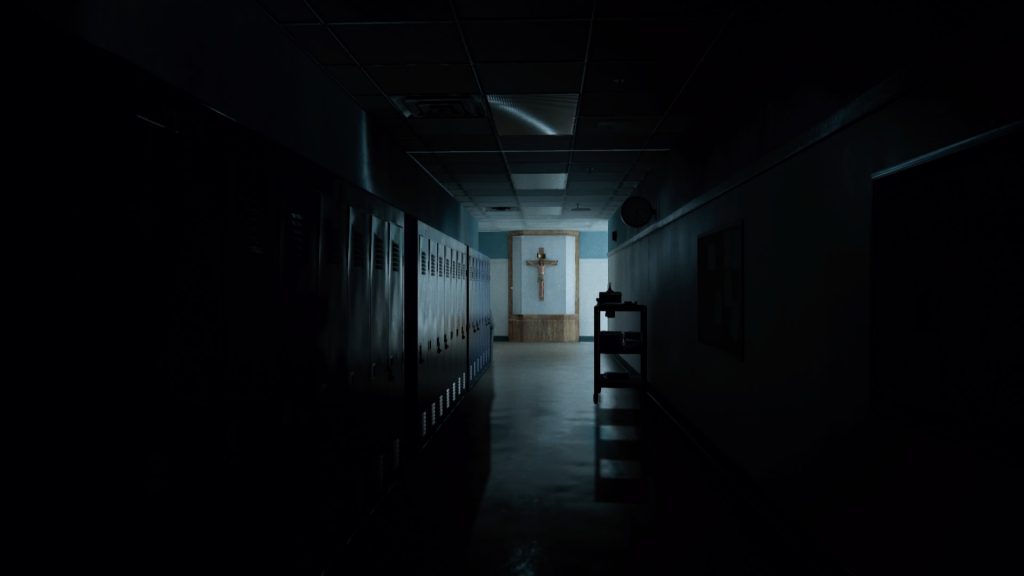 The locales you’ll be slithering through have little variation to them and, for the most part, you’re enveloped by the game’s mostly rural setting. The time spent there can make you pray for a something a little different. Indoor areas seem more like a diversion or a place to chase through whilst the great outdoors present initially wide-open areas that flatter to hide the linear route to progress through them. It certainly presented me with a quandary. A lot of effort has gone into portraying Outlast 2‘s wilderness with a real attention to detail. Unfortunately, you spend so much time scouring the village for clues.  When time does come for a change, it’s a brief, albeit spectacular, novelty.

Gameplay sticks to the formula of its predecessor. From a first-person perspective, you sneak, hide and run your way in and out of trouble. You have no means of defense but your trusty camera will be on hand to document events and act as a vital source of sound and vision in pitch black surroundings. Stealth is somewhat mixed and seems to depend on your opposition. An adversary with a torch offers a great visual representation of their field of view. They’re dangerous in groups and have a wonderful knack for alerting others to your whereabouts. It nicely compliments the apprehension and fear hiding in Outlast 2 can provide. Your most persistent foes will stalk and preach at you with an assortment of bible quotes that, whilst unnerving, can run their course relatively swiftly. 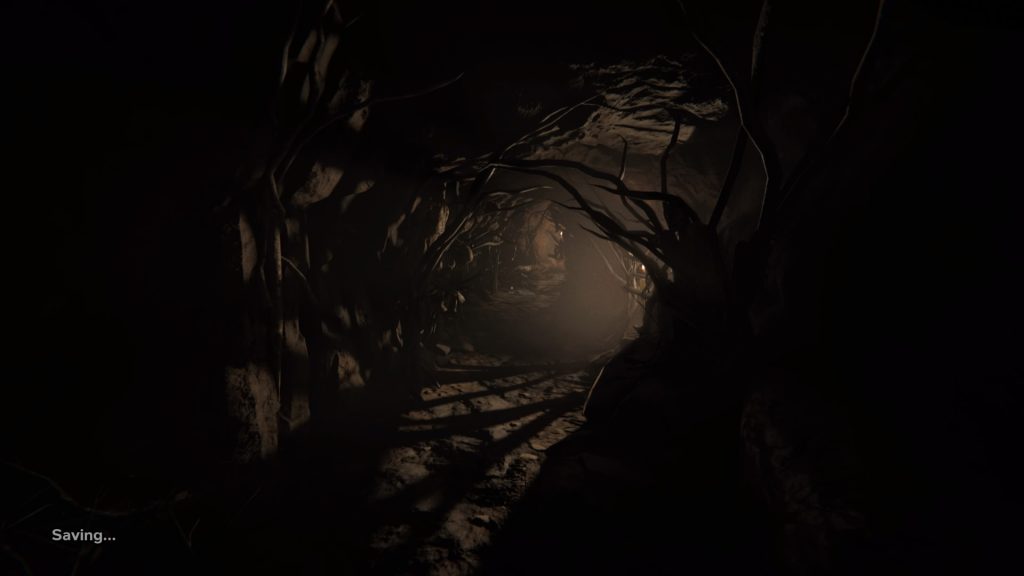 I cannot stress how easy it is for the initial tension of discovery gives way to complete and utter frustration. The early stages of this game are good at signposting landmarks and giving you the right direction to investigate. Around the half-way stage, the funneling breaks. I’ve had chases break down for me solely because I’ve ended going to wrong way repeatedly. Finding that the right way wasn’t obvious or hinted at even slightly. It leads survival to be down to chance with the learning experience going out the window.

On top of that, the heavy shift in tone from stealth to outright panicked pursuit is just grinding. You’re given plenty of areas to hide but, in a chase, these safe havens are useless and you’re instantly flushed out. You’re outnumbered, out-gunned and the latter half of Outlast 2 is saturated with this monotony. This game will test your resolve and patience and the game’s pacing consequently suffers. I’m often infuriated by this game’s action and the sombre opportunities to catch one’s breath are so few and far between. 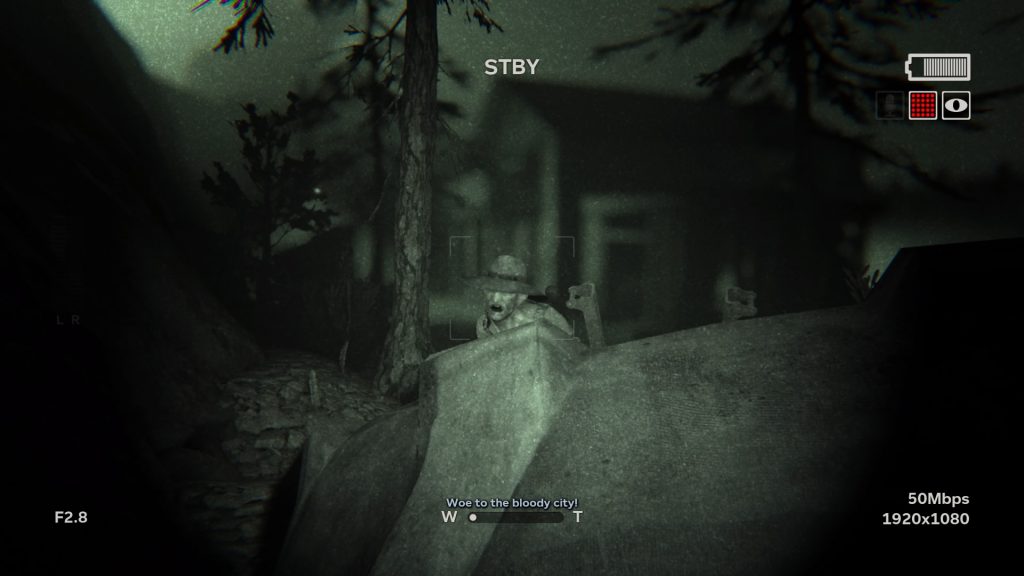 I simply struggle with this. Whilst the presentation on offer shows great heart and precision, the horror and gameplay lack a similar level of care. A more balanced approach could’ve resulted in a game with an improved flow. As it is, I’m left with a disappointing game that inadvertently draws a focus towards trial, error and death.

Outlast 2
5 Overall
Pros
+ Fantastic visuals.
+ Splendid, unnerving soundtrack.
+ Stealth still remains as tense as ever.
+ Menacing, relentless antagonists.
Cons
- A heavy reliance on chase sequences.
- Gameplay devolves into trial and error all too often.
- The plot and location has been done to death.
Summary
Outlast 2's backwoods territory has a real passion behind it's visuals and sound but the skew towards the chase quickly strikes me as overbearing. The story tropes sit with a tale that's been told before and, whilst the antagonists are memorable, their relentless nature adds frustration rather than genuine fear. Stealth remains enjoyable but it seems pushed to the periphery.  This game will polarise, depending on your priorities.