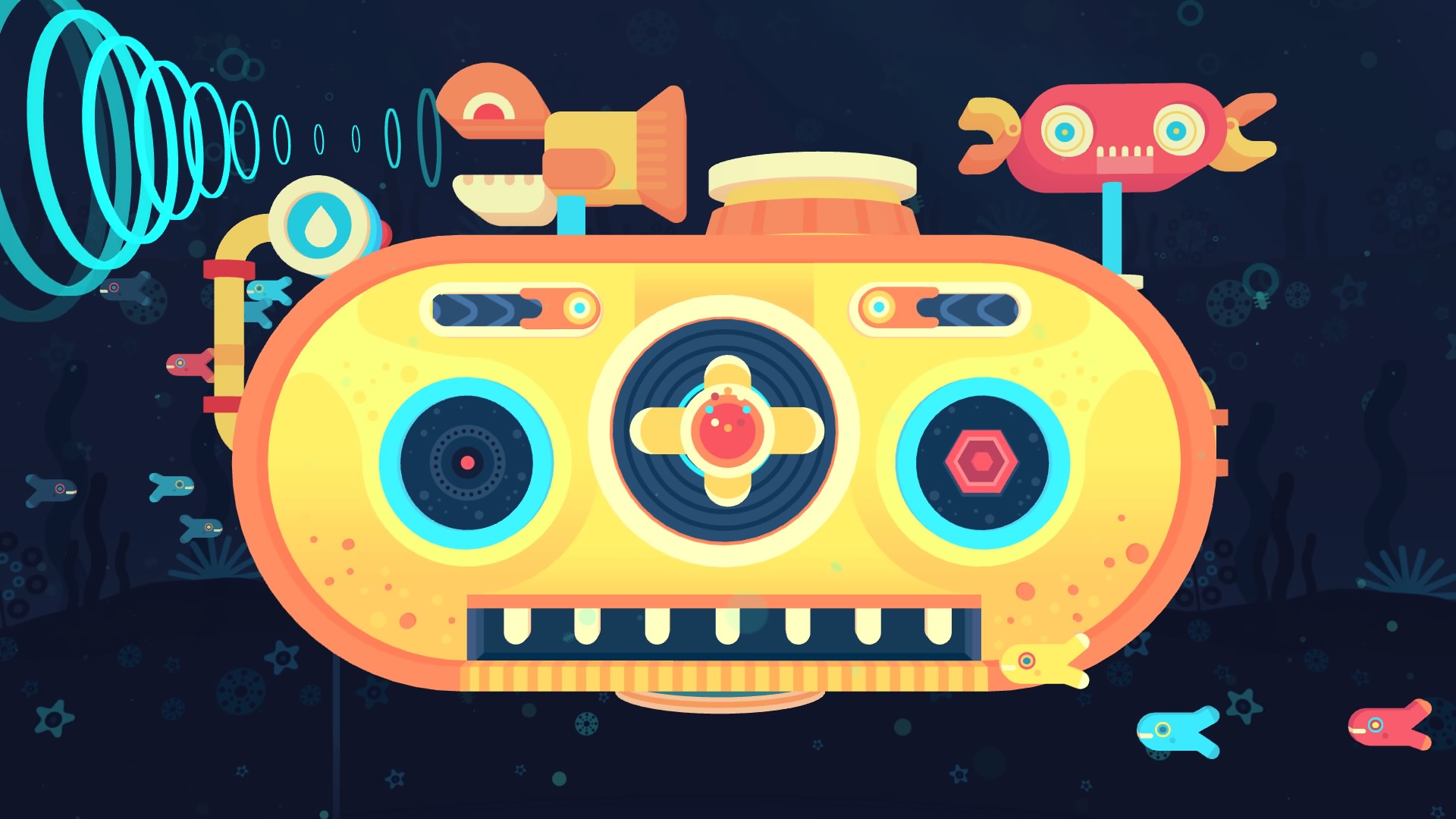 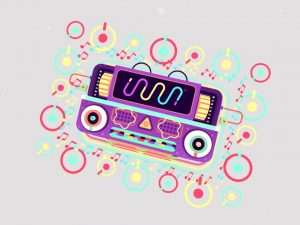 I reviewed Statik only yesterday and today GNOG is released. Similar in concept, if not execution, in GNOG you pull, prod and twist your way to success.

It starts incredibly strongly as a few stylised birds fly in front of your face and then some analogue sticks appear. Touch the analogue sticks on your DualShock and a house type thing appears. The right stick allows you to rotate it but nothing else happens. You touch the left stick and a reticule appears which you can move around. There are four coloured bricks which highlight as you hover over them so a quick press of the cross button activates them. A face appears on the wall and upon pressing the last brick L2/R2 appears on the screen, pressing either spins what now appears to be a head 180 so you’re looking at the back.

A handle is half falling off, so moving the reticule to it and holding the cross button fixes it. Still holding cross, moving the left stick up grabs the handle and pulls up a garage-style door. Then everything pops off. Music, visuals, everything combines perfectly to draw you into the colourful world of GNOG and you already know all the controls now. It’s a clever intro that the rest of the game manages to maintain. 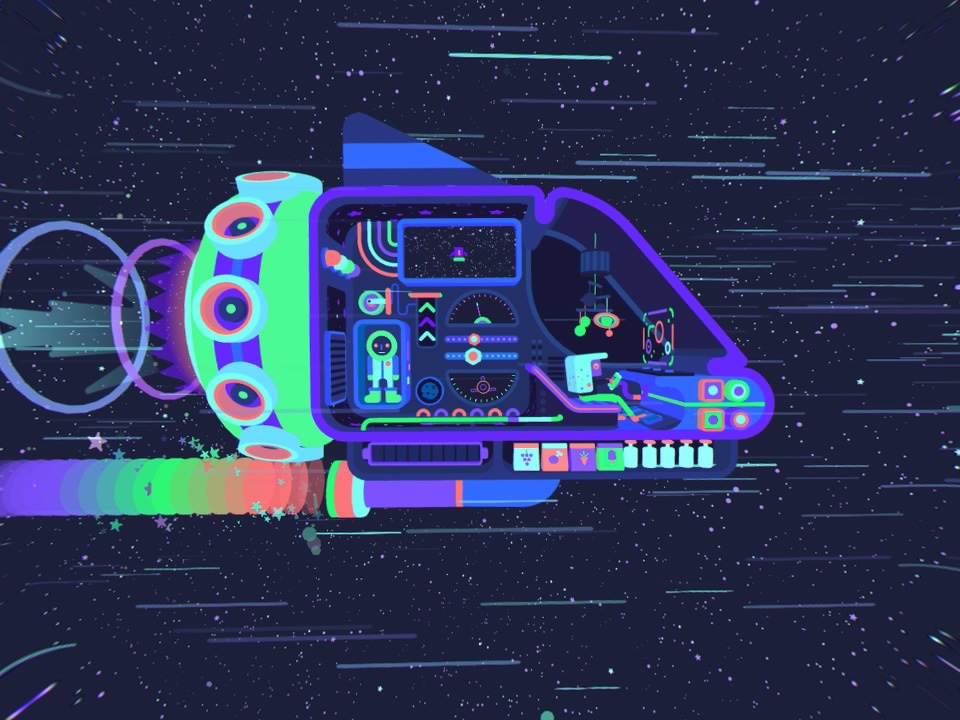 There are nine levels total, although you have to complete one in order to unlock the next. Each is based around a head and has its own style. Spin the head around and after a bit of fiddling you’ll open up a unique scene, whether it’s a damaged space ship or a bird’s nest inside a tree. The reason I mentioned Statik in the opening is that much like in that you have to fondle the controls until you figure out what it is you can and must do, GNOG requires the same approach. It rarely gets as complicated as Statik, sometimes just pressing things at random will earn you progress, but the experimental approach is very similar.

Perhaps GNOG is a little less rewarding as it is so simple. Whereas Statik‘s reward came from overcoming a difficult puzzle, here you’re treated to a bit of music and the completed head doing a bit of a dance. It’s fun but the rewards in GNOG don’t come from the gameplay, but the audio and visuals.

Unlike Statik‘s cold lab like environment though, GNOG is full of vibrant colours and interesting characters. In VR the head is quite close to your face and seeing and hearing the characters act and react to your meddling is incredibly enjoyable. The developer wanted it to feel like you’re interacting with toys and to a point it works. Perhaps the use of the Move controllers instead of a cursor would have made it feel even more immersive but there were certainly points where I still lost myself in the scene. 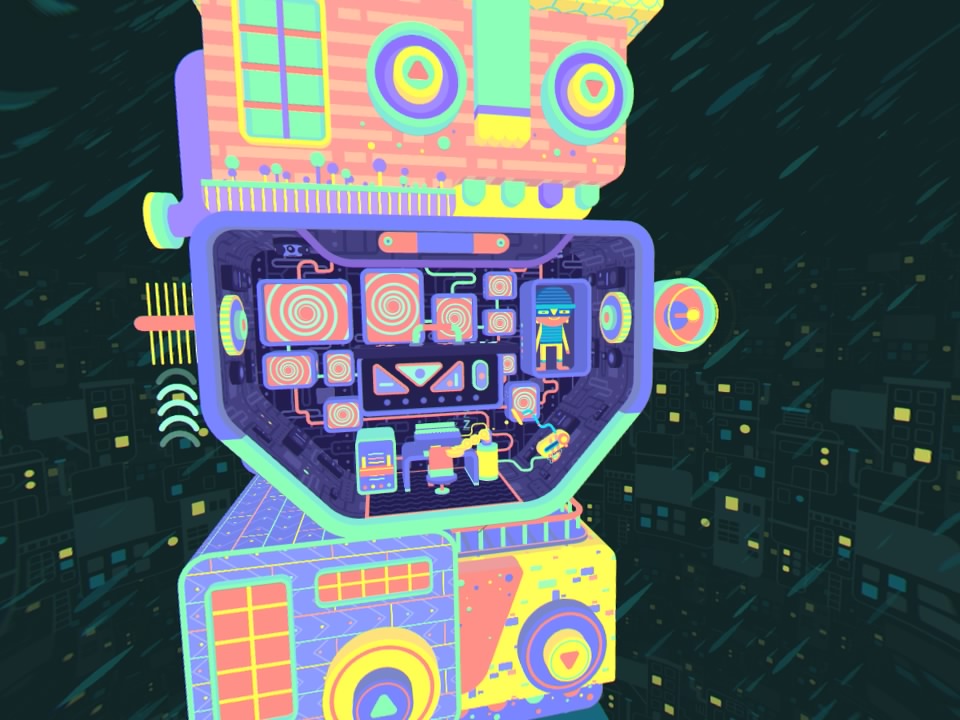 You don’t actually need VR to play GNOG but I’d highly recommend it. Having the objects in front of your face is far more satisfying than seeing them flat on a television screen and the effect is lessened massively because of this. The audio is also very important as they interact perfectly with the visuals so a decent sound system or headphones should be considered whilst playing.

The levels don’t take too long to complete, with even the most complicated ones being relatively simple to figure out. I’d say the entire game took me about an hour to get through. A very enjoyable hour but for the price of £11.99 that’s quite an expensive hour. Unlike Statik though this is a game that you could use to show off VR. It’s simple to get to grips with and joyous in its presentation which makes a fast and positive impression. 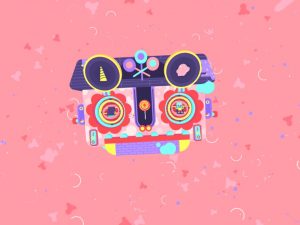 The only technical negative is that I played through the entire game and didn’t receive a single trophy, though I should have. People have earned trophies out there so I don’t know if they were earned before version 1.02 (the version I’m playing) or whether something else is up. I’ve tried deleting my save, replaying levels, nothing works. Thankfully being such a short game means that playing through it again isn’t too much of a chore but a lot of the charm is lost second time through. [This appears to have been fixed in patch 1.03]

GNOG is a great game, if a little brief. Stretched out it could have out lived its welcome but for me personally the price suggests there could be a little more content. I’m sure the trophy issue will be fixed in time and whether that’s a big problem or not is up to you but GNOG offers a unique experience if you’re playing in VR, I’m not sure it would have quite the same impact without it.

GNOG
7 Overall
Pros
+ Incredible presentation + Works really well in VR + Enjoyable variety to the levels
Cons
- Very short for the price - Not so immersive outside VR - Glitched trophies
Summary
GNOG is an incredibly well presented VR experience with the audio and visuals combining perfectly. It's easy to get into and enjoyable for the entirety of its short length, though it's lacking a little in the gameplay department.