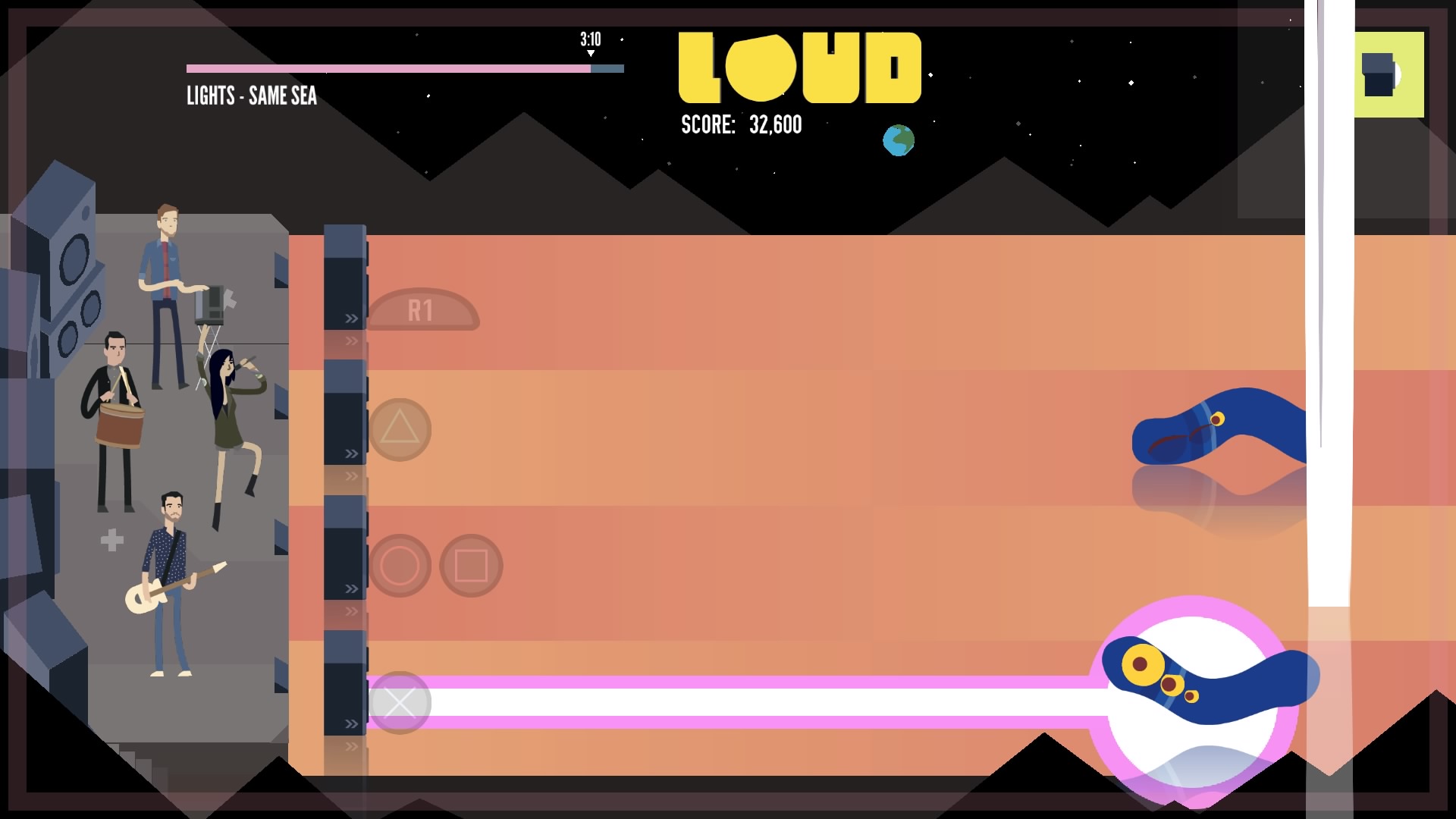 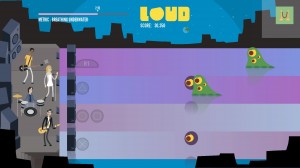 As far as genre crossovers go, LOUD on Planet X, is possibly the weirdest given that it matches rhythm-action and whatever genre you want to classify Plants Vs. Zombies is.  Instead of dropping down defences in a tower defence kind of way, you hold off the waves of attacking by tapping away to the beat of whichever song is playing.  There are four lanes (as opposed to PvZ‘s five) and you’ll deal out damage with each tap.

Each attack destroys an eye on the alien invader that it hits.  Some aliens have several eyes and therefore require several hits and so you’ll be making split second decisions on which lane you want to defend as the game plays out.  To attack you either hit (from top to bottom) L2, d-pad up, d-pad left/right and d-pad down or R2, triangle, square/circle and X or any combination.  This is a smart design decision as it really lets you figure out what button combination works well for you. 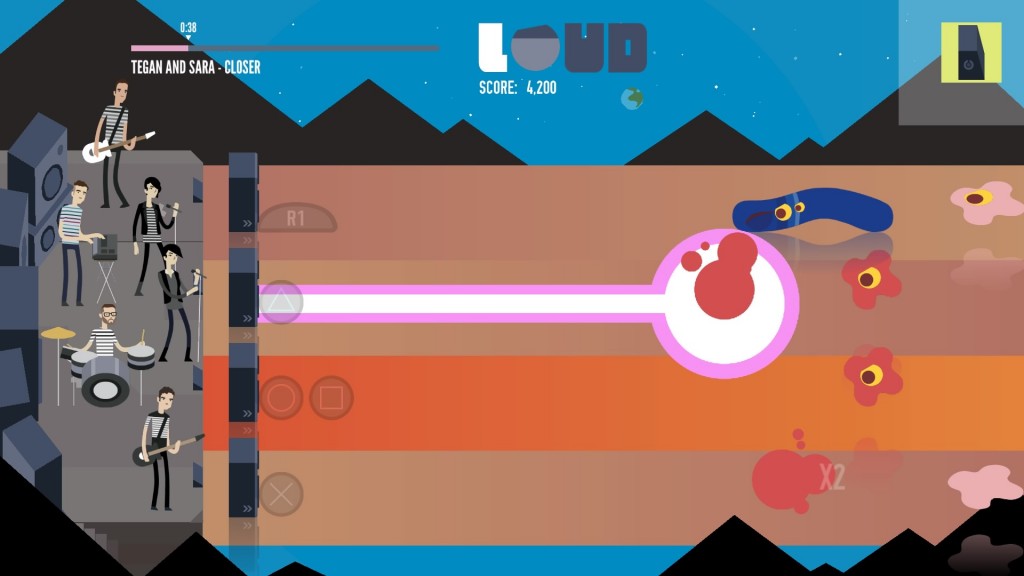 There are also special attacks.  When available, pressing R2 and a lane button will drop some sort of automatic defence or attack.  I’ve never had cause to use these as they aren’t that good and they throw off your controls a little (well they did for me as it kind of takes you out of the groove).  L2 and R2 together clears the screen.  This is much more useful when everything starts to go wrong but you can really only use this once or twice in a level.

As far as gameplay goes, that’s it.  There’s not much variation and, once it clicks, it’s really not that taxing so I ploughed through the game with no real issues.  Also, there aren’t that many levels (thirty in total) and so the game might not last you that long.

The final boss battle (which mixes together a handful of existing tracks) really spoils things though as there is some sort of weird lag (apparently also present on other formats) that makes it more or less unplayable.  What a shame. 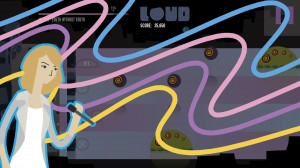 Visually the game is pretty ordinary.  The enemies aren’t particularly well defined and everything looks a bit Adobe Flash.  However, this isn’t a game about the visuals.  The music takes centre stage here and LOUD on Planet X really focuses on that by employing the services of a bunch of hip indie bands such as Chvrches and Health.  If the entire playlist of 6 Music isn’t your bag then this might annoy you but after a while you’ll probably find a track or two that you don’t mind and overall there is an overarching theme to the music choices here.  The band you are playing along to even show up in cartoon form on the left of the screen.

Given that the music must have cost a fair bit to license (oh, and it blocks video recording on the Share button), it’s a surprise that the rest of the game is so basic but it is genuinely fun.  It’s nothing special and if the game had a generic in-house soundtrack, the game wouldn’t even get a look in from most gamers but that’s not the case and overall it just about comes together enough.  There are better music games and much better defence games but LOUD is pretty good, even if it never quite turns it up to eleven.