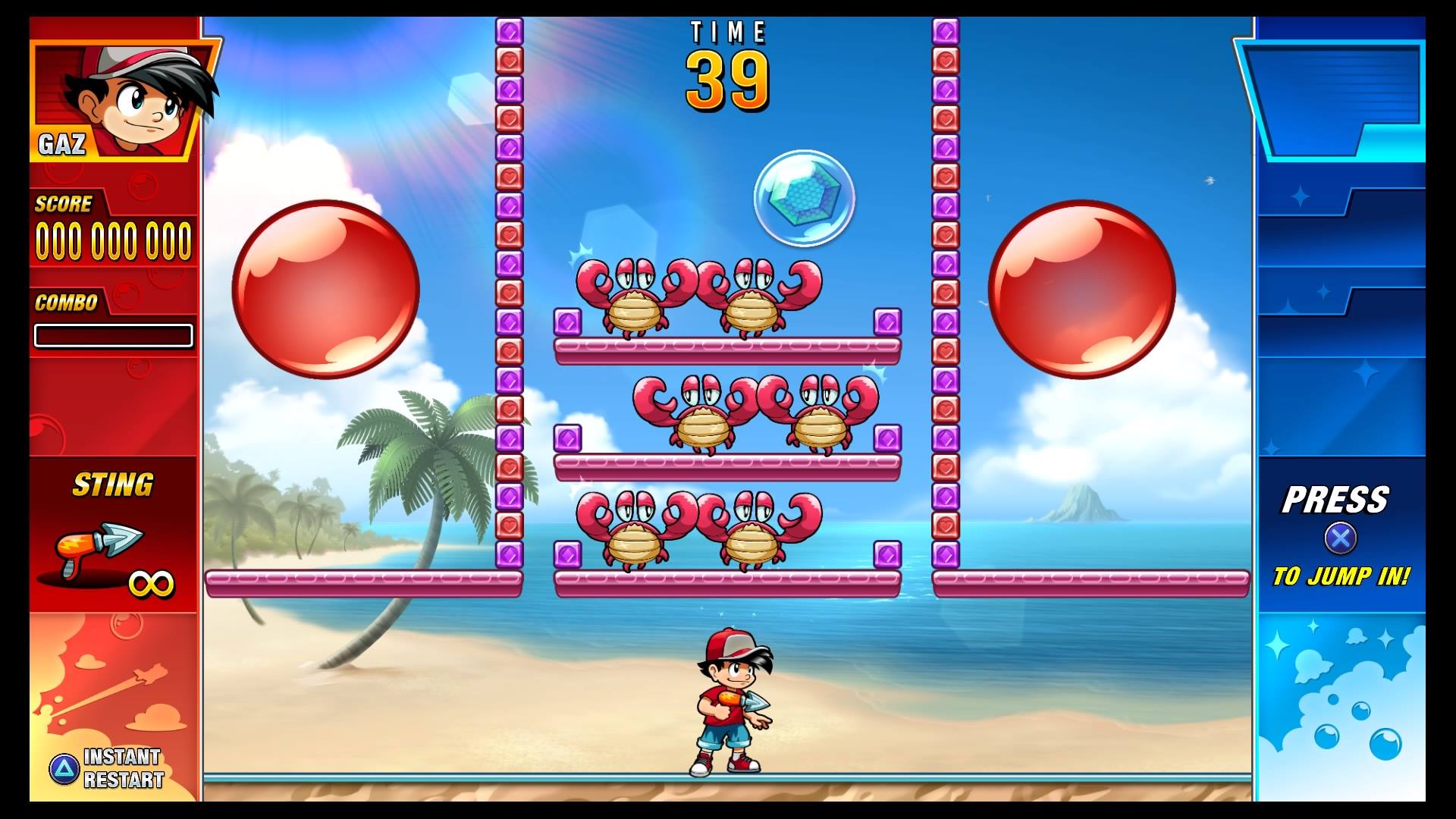 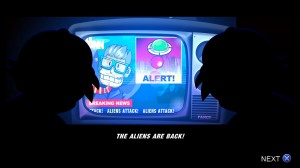 Retro revivals are hardly anything new. Just about everything major and well known has been ported to your shiny new gaming box in one form or another. I always wondered what would happen when the A listers had run out, I should have expected we would have gone down to the B’s sooner or later.

Pang was by no means a bad game, it is just not as fondly remembered as your garden variety arcade classics like Pacman or Arkanoid. The gameplay is simple and challenging. You play as one of two boys, armed with harpoon guns fighting balloon aliens from outer space whose main method of attack is bouncing and wobbling about a bit. Of course, being arcade rules you have the physical endurance of a bubble one hit and you are down. Over time you will be granted with further power ups and balloon types to both test your metal and provide a genuine puzzle element, requiring you to utilise the various power ups in a stage to overcome the various inflatable enemies. As an added challenge in the story mode you will come across a boss fight as you travel between areas, these are nifty and challenging additions, however the boss enemy is mostly the same between the different levels. 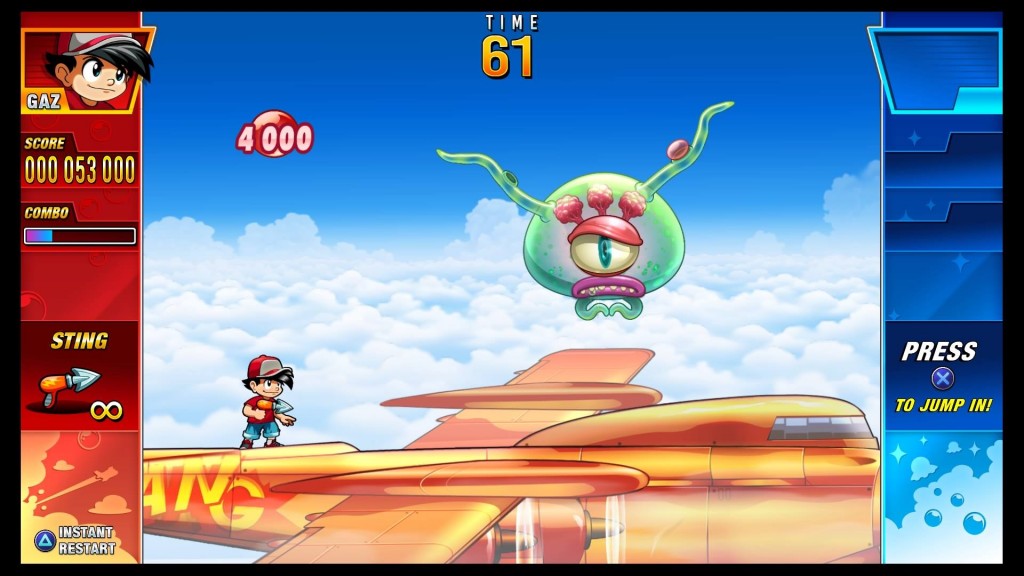 The main issue I have with Pang Adventures is the lack of variance in terms of modes or the layout of stages. There are only three modes available here; Story mode, Score attack (which you unlock after completing story mode or Panic mode which is basically a survival variation that basic Pang. While this seems a little lackluster you can somewhat understand that there may not have been much in the way of options here. The game relies a lot on the notable challenge of the story mode to keep you going, seasoned players could end up blasting through the campaign in less than two hours if they have the fortitude. 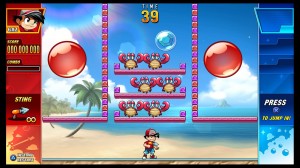 Presentation wise things are fairly typical of your retro revitalisation, things have been updated to suit the new consoles however the characters have this strange Beyblade-esque tinge to them. This isn’t a deal breaker however it does feel a bit too IOS for my liking. Otherwise the backgrounds are nicely drawn and each stage has its own musical arrangement that suits the mood nicely. Everything feels a bit safe but the cleanliness of the visuals is far better than some of the retro rehashes that have come before.

Pang Adventures
6 Overall
Pros
+ Classic gameplay, unmarred by the modernisation. + Varying enemies and weapons that mix things up further than the original games + The Sountrack is pretty good.
Cons
- Only three modes of gameplay, not much variation in that department - Seems a bit too much like a mobile app at times
Summary
Many people may not remember Pang all that well however the core gameplay has held up well over the years. There may not be much to see here but the game is fun and fluent if you take the time to savour it. Consider picking this one up in the inevitable sale.