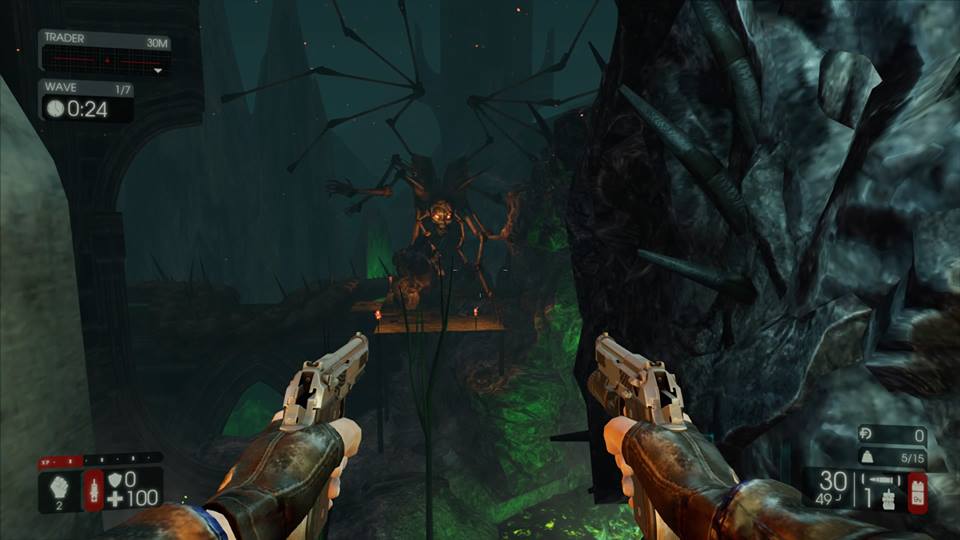 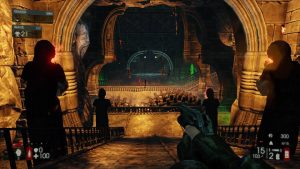 Ever since Left 4 Dead came out and Gears of War popularised the horde mode developers have been enjoying the team based survival dynamic. Particularly Tripwire who rode the success with the brilliant Killing Floor, a game that skirted away from afterthought implementations that have inexplicably gained popularity such as the zombies mode in the Call of Duty games. Instead of just making Killing Floor a sideshow they have decided to make the survival dynamic the entire core of the game. Revelling in bringing people together to take down armies of the undead in a glorious cacophony of violence.

Killing Floor 2 sticks to this formula and expands upon it in just about every way. Well, mostly. There is still little story to speak of and this aspect can be brought down to a single line. There are nefarious scientists creating undead creatures with a mixture of biology and machinery, you need to clear them out the hideous creations with good old fashioned lead justice. That’s pretty much it, but lets just face it, you shouldn’t be signing up to this for an overarching narrative.

The focus here is on the gameplay and this is where Killing Floor 2 is at its finest. It feels as slick as you would expect from the likes of a AAA release, The frame rate is smooth and your movements have a genuine weight to them that feel incredibly refined. Gunplay packs a punch also and is easily on par with the best first person shooters on the market, It breeds on style and chaos as certain shots can result in impactful slow motion moments that allow you to watch the blood fountains shoot out in balletic displays of gore. 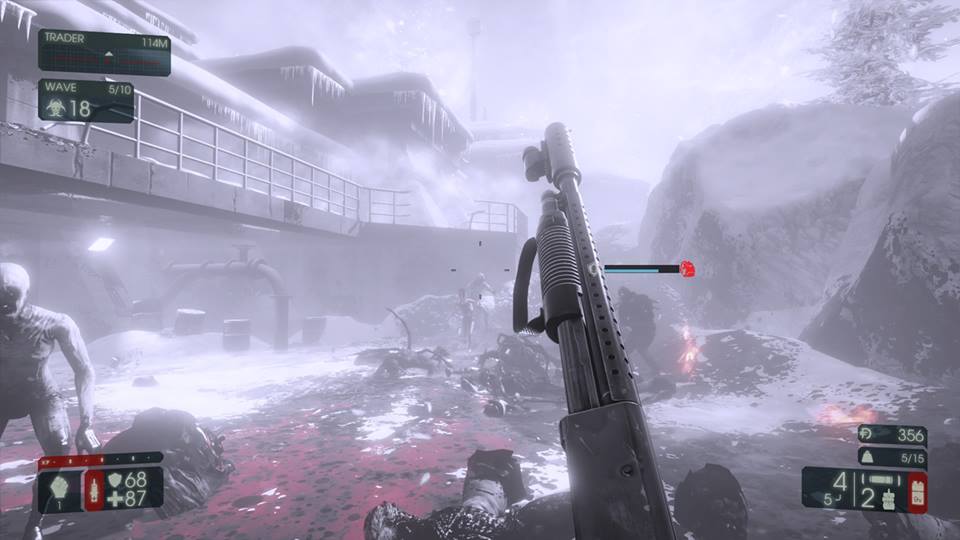 The satisfying feel of the fast paced shooting mechanics is further improved by the sheer variety of weaponry on offer. Tripwire experimented a lot with the original Killing Floor and I feel that they have settled on a greatest hits selection of firearms with some worthy additions to the roster. You have your usual shotguns, rifles and submachine guns with varying rates of fire and power, but you also get a wealth of melee weaponry which lets you get up close and personal with the Zeds that you can cut up into satisfying chunks at your forced leisure.

Speaking of the Zeds (actual name of the enemy,) they all come in various sizes and threat levels. Of course you have your basically shamblers that can be dispatched with a simple headshot and are not all that threatening, but as you progress through the waves things get a bit more deadly with skrakes that skitter along the ground at a pace not unlike a xenomorph and chainsaw wielding brutes that partake in Leatherface’s dance of tree cutting death. Each have their weakpoints and you soon teach yourself the best way to cut through these enemies as they have a tendency to mount up on you pretty damn fast. Especially if you decide to take on the hordes by yourself. Further to this are the boss battles that appear at the end of each set of waves. These can be quite challenging and are randomised between a select few that can turn up, ranging from the Patriarch who is a teleporting brute or a german scientist that relies on quick and up close attacks and a shield that activates when his health is wittled away.

Single player is where the game struggles a bit because of this. It can often feel overwhelming as large groups of enemies descend on you. Rather than all of the Zeds coming from one direction they have a tendency to jump on you from every direction. This can lead to times where you are pressed up against a wall being pounded on, leaving you to constantly beat away with your melee weapon while hitting the heal button. Luckily in single player mode you don’t have to worry too much about a quick death as the game is quite generous with the healing injection which is on cooldown but it can be quite a lonely experience otherwise. 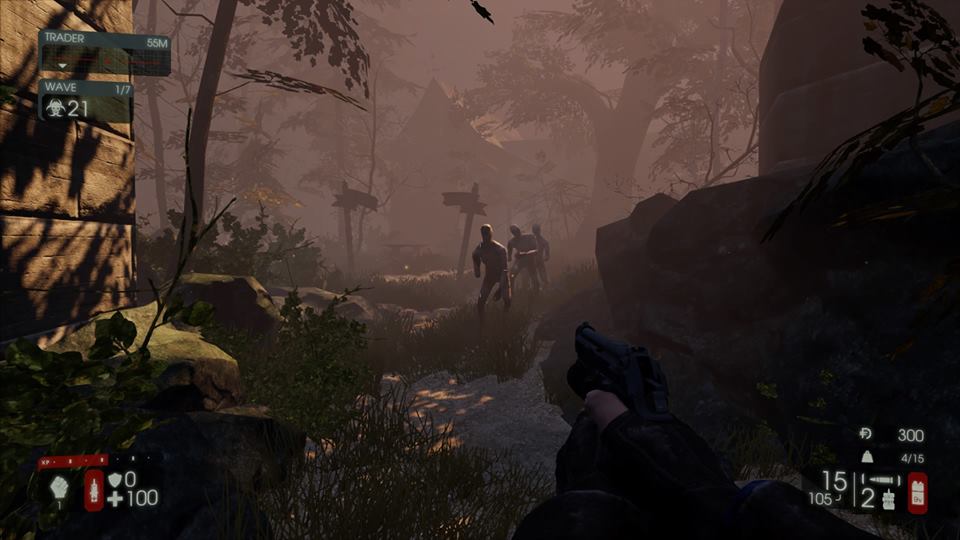 Multiplayer however is what this game was designed for and it really does pay to have a team of five other like minded friends to take it all on. With this you never really have to worry about being ganged up on and you can make the most of creating your own choke points and safe zones. You can also share provisions amongst yourselves such as cash for weapons between rounds and ammunition if you are running low during a full scale attack. Other players can also pick you up if you get taken down in the usual coop shooter regard. This is where the meta game comes in, everybody can shoot zombies but you can also enjoy other perks that boost your ability to function as a team on higher difficulties. These are unlocked by using specific weaponry types and certain abilities as you play. The progression is a bit slow at first however when these start unlocking the ability to be able to weld shut doors and heal team mates before they take a dive makes things a lot easier over fairly lengthy map cycle. 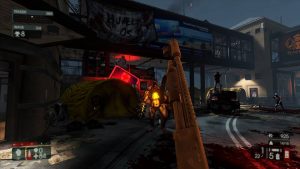 Killing Floor 2 Is quite lengthy in terms of content. Mainly because of the skill unlocks but also because there are a large number of developer and community created maps to play through. All of which can be extended to higher numbers of waves if you prefer to grind out unlocks and shoot for higher rewards.

Killing Floor 2
8 Overall
Pros
+ Incredibly smooth gameplay with weighty and satisfying shooting mechanics + Plenty of content to get stuck into, providing plenty of longevity + Brilliant multiplayer if you can get five friends together
Cons
- Single player is less enjoyable thanks to getting ganged up on constantly - Unlocks can take a while to get going
Summary
Killing Floor 2 will be shunned by some for essentially being a horde mode shooter alone but it is far from the afterthought that its peers tend to be. It may not work as well in single player but if you have the friends to get a game going then it makes for one hell of a blast through.