Insomnis is a first-person horror-themed walking simulator and puzzle game that comes to us by way of Barcelona-based coders Path Games and is the latest product of Spain’s ‘PlayStation Talents’ indie games programme.  Despite its name sounding like a typo (try Googling it and see how much Google protests), we gave it a go.

You play as a Joe Castevet, the grandson of a famous scientist named Roman Castevet.  Roman has died and left you his old manor house and, like you’d expect, the place is pretty sketchy so you go in, at night for some stupid reason, armed with a flashlight and nothing else. 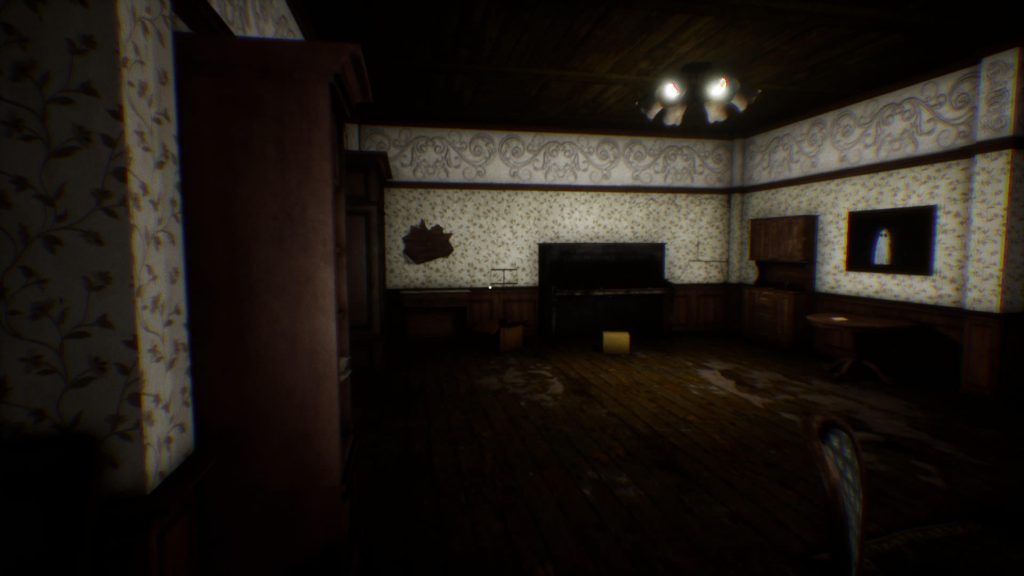 From that point on you’ll be faced with the usual survival horror staples.   Jump scares, creepy kids and, worst of all, locked doors and so you’ll need to start rooting through drawers and cupboards looking for whatever object the game decides you need to get to the next bit of the house.  It’s standard stuff and so it comes down to how well the atmosphere is implemented and how effective the scares are.

Horror games often set their level of scariness through how you interact with the world.  They can get away with bigger enemies and scares if you’re armed but in Insomnis you are unarmed and so all you can do is interact with objects.  Because of this, the entities that you see throughout the game won’t ever attack you, they’re just something to spook you as if you’re walking through the haunted house in a funfare. 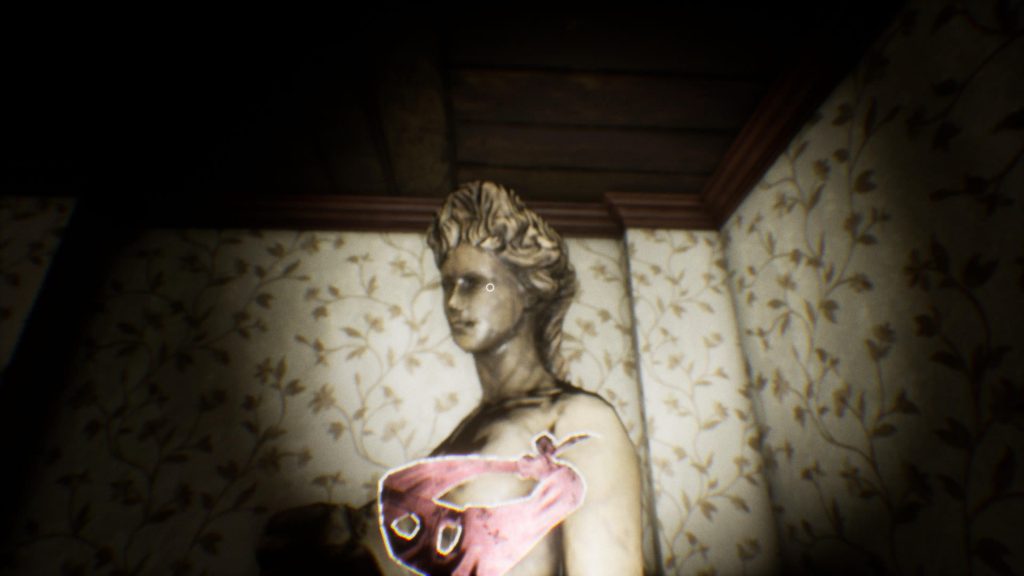 Having recently played Resident Evil Village, this is definitely a change of pace and really Path Games never seem to want to go all out with the scares or even just the psychological horror atmosphere.  Sure, you’ll see the odd creepy kid and the occasionally moody looking room but once you realise this is all just set dressing, you’ll not pay them a second thought.   There are no monsters and no real cutscenes, just the ghosts of dead kids who, at their most threatening, will just run past you when you’re not expecting it.

With not much going on in the horror department, it comes down to the game world and the puzzles within.  Your grandfather’s manor is a far cry from what you might be used to if you’ve played Resident Evil.  There are just three floors in total and only a handful of rooms on each.  The first two floors are standard creepy old house floors and the last is a lab area (which just feels like a local government office block).  The main thing though is that most of it is very dark because the power is off and your flashlight is pretty weak. 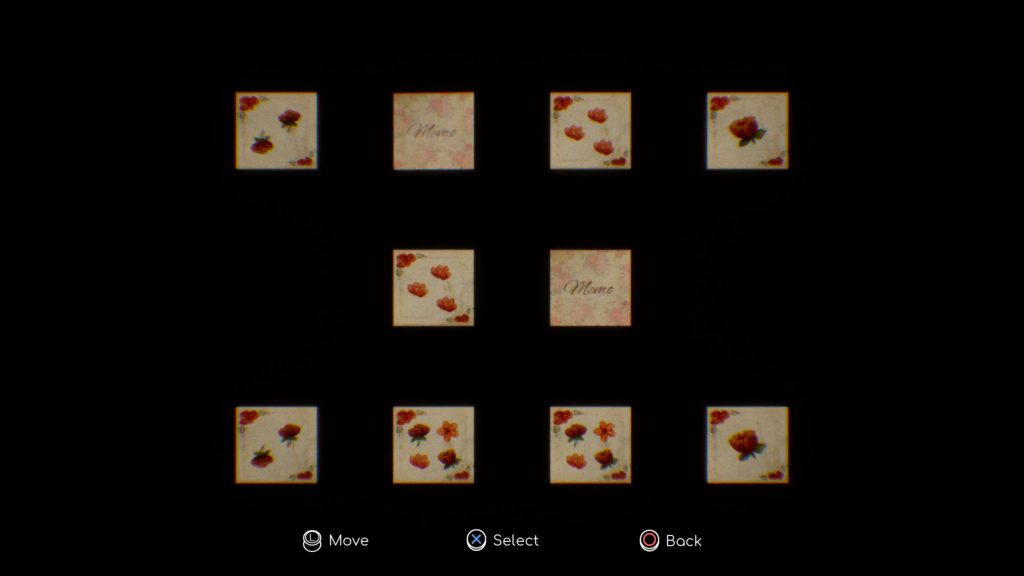 The puzzles revolve around the occasional locked door or barely interactive puzzles.  A degree of trial and error will get you through most of it.  There are collectables that you’d expect would offer up some clues but these just give a bit of back story to the whole thing.  Admittedly, this hints at some serious dark behaviour from grandpa Roman but is never explained much.

So really there’s not a whole lot to dig into here.   The horror doesn’t really ever get going, the story is bitty and poorly presented and the gameplay is quite lacking with the puzzles acting as mere punctuation to what is essnetially just a walking simulator.  It’s okay for what it is, a cheap indie game made by a team who did well to get involved in an initiative that offered them a chance to get this game out of the door but it’s very uninspiring.  That said, we’ve seen a lot worse from spooky games on PSN and indeed the PlayStation Talents programme. 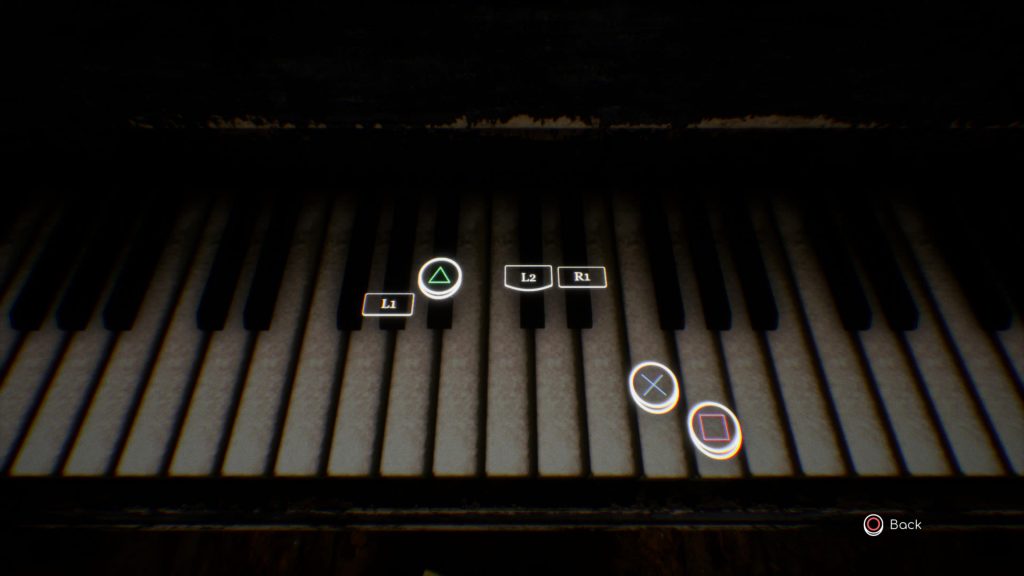 The presentation is similarly quite weak.  A basic front end leads to the only cutscene of the game, a black screen and a telephone message explaining that you’ve been given the house.  After that you’re into the main game which really is very drably presented with nothing in the way of eye candy and no attempt at shocking scenes or anything that might stand out.  Aside from old furniture and silent kids, there’s really not much going on with visuals.  Even the flashlight effect is very flat with no attempt to make it more realistic.

The sound is a tiny bit better.  You’ll get the standard creepy bits of music, the obligatory piano puzzle and a little bit of voice acting but that’s about it.  There’s no real attempt to use sound cues to really amp up the horror.  There’s no Silent Hill style creepiness here, Insomnis does just enough to get by.

On the plus side, we do get the feeling that Path Games cared about this project.  There’s a degree of heart to it but it’s really just let down because it feels like the gameplay of a PSP game merged with the visuals of a PS3 indie title.  It’s just very dated in terms of the gameplay, the presentation and the overall execution.  But if you want to spend an afternoon uncovering a dark mystery in an even darker house, at least the game never bugs out and does offer a solid few hours of walking action.  However, Insomnis is the kind of game that Resident Evil players with a modicum of coding skill might be inspired to make, but it’s definitely not the kind of game that would inspire good coders to make the next Resident Evil.

Insomnis
4 Overall
Pros
+ Holds together technically
+ Doesn't overstay its welcome
+ Back story hints at being engaging
Cons
- Lacking in real gameplay
- No real scares
- Puzzles are weak
- Presentation is basic
Summary
Insomnis is a horror-themed, puzzle-based walking simulator but unfortunately it really only nails the walking bit. With no real scares, a lack of engaging puzzles and no real technical proficiency, this is just an average indie game that doesn't really make a case for its own existence.