As I play for visual novels, I’m becoming well-versed in the genre tropes and what authors tend to favour. I think I’m through the fish out of water stage and well into these being about mystery and murder. Gosatsu Visual Novels have arrived with a Playstation 5 version of their 2016 novel Shinrai: Broken Beyond Despair. This tale of teenagers away from home, manages to hit some marks with a surprisingly tight caper. 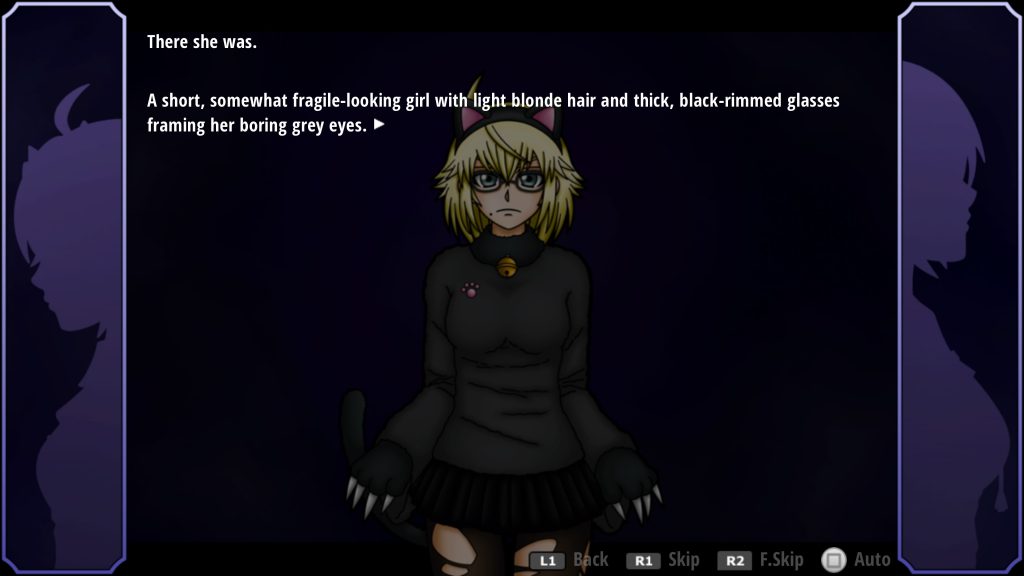 Shinrai: Broken Beyond Despair takes place in a fairly traditional slasher setting. A group of ten schoolfriends are all celebrating Halloween with a sleepover at a resort. There’s no adult supervision and it lines things up for a potentially spooky night. You play as Reiko, a cat eared protagonist who is driven to the party by her father and is accompanied by her friend. She plays things largely straight and feels a little like a blank canvas.

She largely plays the role of detective but, before things turn sour, she doesn’t really offer much beyond quips about her fake ears. The rest of the cast feels relatively well-rounded. Nobara is Reiko’s best friend and becomes a sidekick that’s rarely out of sight. She spends most of the story being terrified. She has a vernacular that winds me up slightly but I eventually got used to it. I think the attempts to make her sound streetwise was overdone. 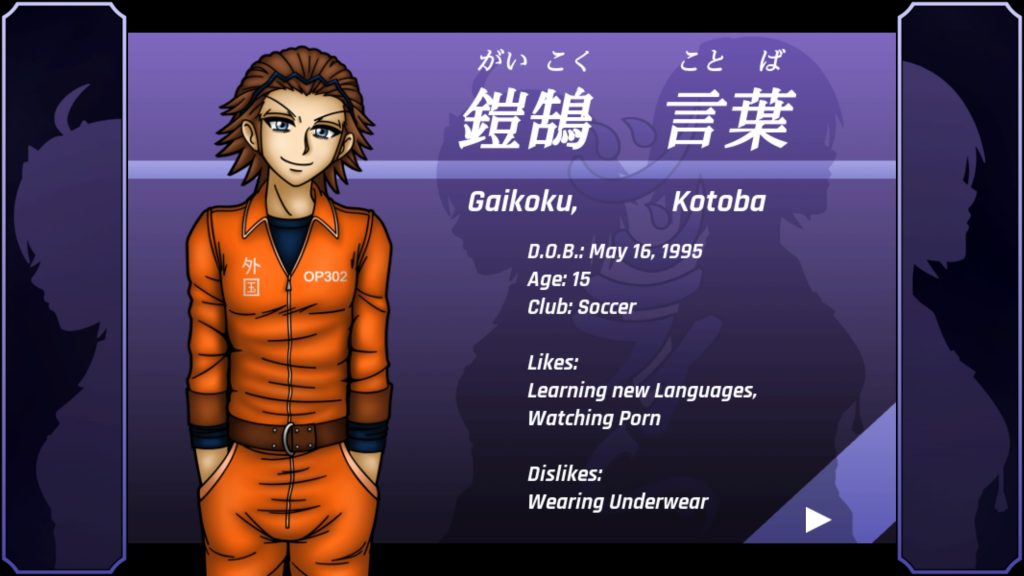 Kotaba is the token pervert who spends most of the game as a human punchbag but there’s a real effort to shine a light on the rest of the cast. Whilst most of the unsavoury elements come from him, there’s still an air of sleaze when it comes to the horny teenagers. The cast is largely taken up by 14 and 15 year old teens. Any talk of relationships and sex will never sit right with me. Thankfully, it takes a backseat. Each person is introduced with their likes, dislikes and personality traits. It does play into the dialogue as these traits influence their actions. It’s a shame some of the cast fail to make their mark but the size manages to help keep things interesting.

Once everyone is introduced, it takes a while for the murder to actually happen. I anticipated a slasher scenario with the crew becoming smaller as time goes on. That fear never really goes away but what they settle on is a neat narrative where there’s a few potential culprits. It feels well written with how the clues are presented and the overall mystery is surprisingly cohesive. The killer has the motive and opportunity and there’s a couple of red herrings in the offing.

Gameplay takes on the usual visual novel formula. The script is wordy and you’ll spend a lot of time reading before investigations kick in. These take on the form of questioning your fellow teenagers as you try to crack the case. There’s not a lot of choice to it but it does help uncover more clues as you work your way down the list. The smart thing is that a lot of the chatter feels important and the crucial information winds its way to your clues tab. 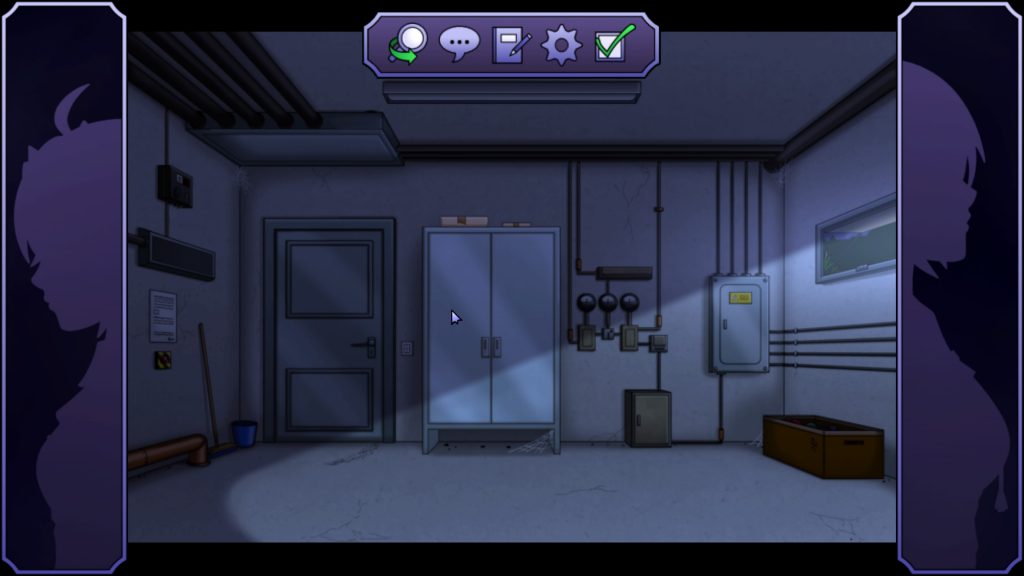 These investigative interludes do help give you some interactivity and I definitely felt compelled to be thorough with it. Scouting rooms for points of interest and probing suspects always felt proactive and worthwhile. It also helps that the mystery has some layers to it with potential accomplices and some tricky misdirection’s.

You can check these at any time to refresh your memory but, when it comes time to deduce, Shinrai: Broken Beyond Despair does give you some hints. It’s good at pointing you in the right direction although you can be locked out of the true ending, if you’re not careful. My first playthrough went this route and I did feel miffed. I was given the option to restart at a checkpoint but that only allowed me to incorrectly suspect someone else. It’s a shame you can find yourself needing to restart.

Presentation’s not too spectacular. There’s something about the backgrounds and portraits that makes them look a touch blurry. Coupled with the bordered window, it makes me wonder if this was originally designed for smaller resolutions. Eventually, I could look beyond it but it’s a shame it doesn’t have a sharper look. 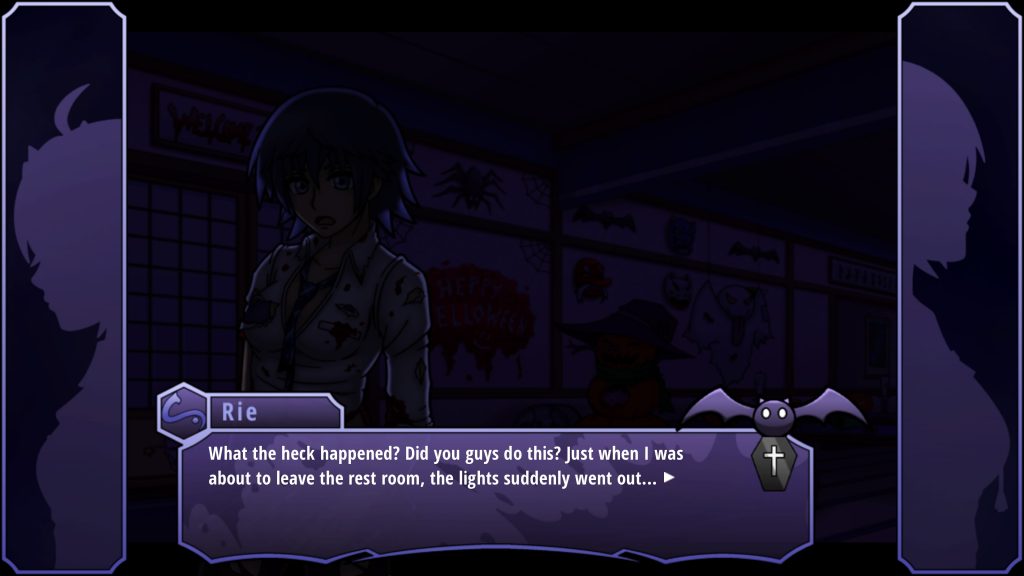 The music fares better with the score largely matching the tension on screen. There are some harsh transitions but things are mostly kept on point. The jaunty soundtrack kicks in when the more cordial moments arrive and there’s some good horror vibes when the game requires it. I don’t consider it especially memorable, but the job is done effectively.

Truth be told, Shinrai: Broken Beyond Despair manages to work better than I expected. I always wonder with visual novels whether a straight story is coming my way or something more fantastical. Turns out this was the latter and the thoughtful narrative manages to present a surprisingly cunning mystery. I do find the look to be a touch behind the curve but the narrative really helps pull it along and the characters largely perform well as an ensemble.

Shinrai: Broken Beyond Despair
7 Overall
Pros
+ A well-written mystery.
+ Has a decent cast of characters.
+ Compelling investigative sections.
+ Comes together nicely in the conclusion.
Cons
- The visuals feel a little blurry.
- I'm not a fan of being locked out of the true ending without warning.
- Some of the creepier dialogue might turn people off.
- Soundtrack doesn't make much of an impression.
Summary
Shinrai: Broken Beyond Despair is an enjoyable mystery that does a good job rounding out the characters. The narrative is compelling and the conclusion feels well-earned. I don't find the presentation especially engaging with some unappealing backgrounds and a soundtrack that is decent but not memorable. Still, the investigative interludes feel worthwhile and should strike a chord with those up for a good sleuthing.